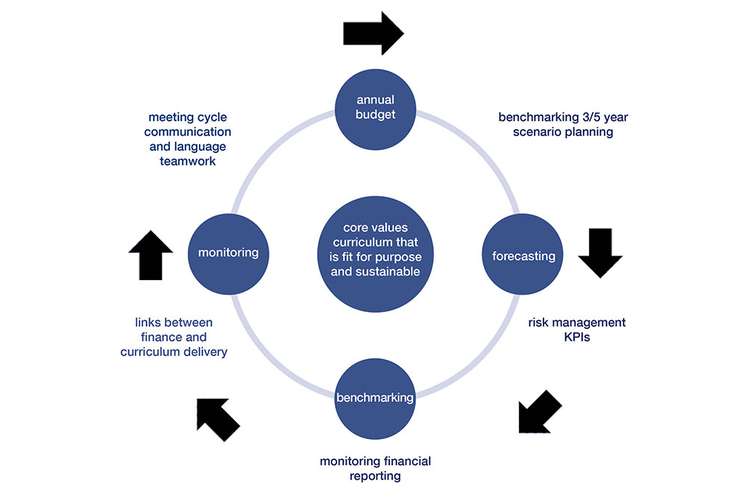 The current report is going to be conducted on the Interim Management Report of Kerry Group which is Ireland based public company falls under consumer food industry. In the year 1972, the company was founded in Listowel as a private limited company with three founders. This company was established by three shareholders such as  Dairy disposal Company which was owned by state (42.5% shareholding), a Federation of farmer’s co-opeartives having eight small farmers (42.5% shareholdings) and Erie Casein Company Inc of United States (15% shareholdings). Shares of this company are listed in London Stock Exchange and Dublin ISEQ. The company has bought Quest Food Ingredients Group in the first quarter of 2004 for $440 million and after that in 2005 it has acquired Noon Products for EURO 124 million, which is a supplier company of Thai and Indian ready meals. In the last month of the 3rd quarter of 2011, Kerry Group has acquired Cargill Flavor System for $230 million which is a manufacturing company use to manufacture food flavoring and after that in 2015 (February) it has acquired a hot dog supplier company named Rollover. In that year three US companies operates under the sector of nutrition and taste were acquired by the Kerry Group along with Island Oasis Wellmune and Red Arrow Products for $735 million (kerrygroup.com, 2017).

Interim management statement or report has been drawn for increasing the level of communication between the company and the public, in other words the stakeholders. This report shows the efficiency and integrity of the internal management systems (financial management, strategic management, sales management). Through this report public relation strengthen which is needed to smoothing the way of company’s development. The public financial report of the Kerry Group covers a statement showing company’s performance in the middle of the year or for a period less than 12 months. Interim statements are not an audited statement as it is not the final statement of the company.  This report helps the investors by providing them up-to-date information about the company to let them know about the financial management performance of the company within a financial year (Wheelen & Hunger, 2017).

The company operates its business by providing dairy products, meat products and meal solutions and the objective of the company is earn a fruitful profit by providing healthy and hygienic food to the people. The quality of the food provided by the company is not compromised and price of the products are pocket friendly for the consumers. The company is operating its business through America, Asia-pacific countries and countries falling under Europe-Middle East and Africa (EMEA). In 2016, business expanded in Asia-Pacific countries has been hugely flourished and showed a growth of 9.5% whereas in America was 3.5%. On the other hand, it has performed very less in EMEA countries due to the significant churn of products (due to which demand for differentiated products has been increased), increasing competitive environment as well as for geopolitical and economic issues those are having great impact on the marketplace. The growth of Asia-Pacific countries was evolved due to strong growth in all developing markets in the region and through continuous growth in lifestyle nutrition. The food, beverages and dairy products are the element through which the business of Kerry Group has been profusely flourished in the countries falls under Asia-Pacific region (kerrygroup.com, 2017).

Taste and Nutrition business of Kerry Group performed very well in the year 2016 for that reason it was able to secure revenue of EURO 697 million with a growth of 2.3% and generated a trading profit of EURO 58 million. The foodservice channels of Kerry Group have performed strongly in all over the region which has instigated the profit generation process. Trading profit of this segment of Kerry Group has been improved due to the underlying business which was an effect of offset by disposal and currency. Snack items and meal solution of Kerry Group has performed the best in 2016 which led the growth of its business volume and it continuing its growth through e-tailing. The company is consistently performing in terms of financial performance in a highly volatile market and changing environment. The market volatility has been occurred due to the challenging status quo of the changing consumers, investment made by the consumers in product innovation. Volatility of currency, deflationary inputs in the cost environment and delivering partnership model are some other factors due to which market and environment has become volatile and rapidly changing in nature (Henisz, Dorobantu & Nartey, 2014).

The company has implemented some unprecedented changes in the industry of food and beverages to compete with the competitor as well as to fight with the market instability and volatility. The company has strived for providing healthy and nutritious food and beverages without compromising the taste of the food. Convenience retail, online order collection and processing i.e. e-commerce, foodservice are some newly implemented business pattern of the Kerry Group for personal consumption of food and beverages. For growth reposition Kerry food has manufactured and invented new product line with excellence, focuses on e-commerce, and has implemented market-leading branding for executing in-market business strategy (Bryce, 2017). The company has started focusing on customer insight to understand customer behaviour as of now customers is showing their intention to know about those foods which they have to take and not to take. Customers become more health conscious and due to this Kerry Group have implemented strategies to provide them foods and beverages full of nutrition and health beneficial. The company has positioned itself in a way through which it can reach customers to understand them and become able to meet their need by providing safe and hygienic food to them. This will help the company to meet customers’ satisfaction at optimum level (Giannakis & Harker, 2014). The manufacturing infrastructure of the company has upgraded according with the technology to manufacture highly upgraded food and beverages. The research and development department of Kerry Group has been improved by R&D investment to invent new and diversified food and beverage products for the customers to fulfill their changing taste and preferences (Brigham & Ehrhardt, 2013).

The business model of Kerry Group is resilient as well as well placed for responding in the volatile market scenario, changing consumer landscape and macroeconomic because it has implemented unique capabilities regarding taste and nutrition, system and functional ingredients. This also includes locality based innovation and speed for capturing product market, outperformance snack food items, convenience and growth rates in e-commerce. The businesses which were acquired by Kerry Group during the financial year 2015 are performed well in terms of financial performance which has instigated the profitability of the company. The company has got good opportunities due to its business expansion through expanded international taste, foodservice markets and urge for consuming nutrition to improve health (Sheffet et al. 2014).

According to the analysis of the Kerry Group’s shareholders it is seen that the shareholders of Kerry Group has been distributed in three different segments such as institutions (57%), co-operatives of Kerry (14%) and retail (29%). The institutional shareholders of 57% include UK (15%), Ireland (3%), North America (20%) and Continental Europe (19%). After analysing the business activities of Kerry Group across the countries from where it use to operate its business it is seen that Asia-pacific region has taken the most important and large part in fulfilling the profit generation purpose of the company for 2016. In Asia-Pacific region the business volume of Taste & Nutrition business of Kerry Group has been increased by 9.5% and showed excellent performance in developing markets of this region. Taste technologies of the company has achieved strong market in respect of dairy complete in Indonesia, Vietnam, Philippines and China, snack market in Malaysia, Philipines and Thailand. In South Korea, the company has acquired Jungjin Foods. The sweet technology of the company has been developed and showed a continuous growth in India and meat sector has been flourished in New Zealand and Australia. Beverage system of Kerry Group has shown a strong growth in terms of C-Stores and foodservice (Osadchy & Akhmetshin, 2015).

Kerry Group is confident towards delivering an efficient underlying performance during a whole year as guided previously. Considering the increasing headwinds of currency for 5% at present exchange rates and increased rate in adjusted EPS (Earnings per Share) in the financial year 2016 is assumed to be move towards the lower and middle with a range of 6 percent to 10 percent which amounts to 320 cent to 332 cent per share. In EMEA (Europe, Middle East and Africa) the business of Kerry faces serious challenges due to significant churn in product, increasing instability of currency and geopolitical issues (Karna, Richter & Riesenkampff, 2016). Whereas opportunities for continuous growth is seen in the foodservice channel of Kerry in this region where the company has acquired Vendin S.L of Spain. Meat sector of the company has faces high market competition but although it has improved its business in Eastern Europe and Russia. Technologies regarding nutritious shows a continuous growth in clinical as well as infant nutritional sectors. On the other hand, the dairy sector and sweet and cereal sector of Kerry Group has not experienced that much growth in comparison to these sectors (Omar et al. 2014). The reason for this is the impact of oversupply in dairy markets active internationally whereas the sectors of sweet and cereal remain subdued in the EMEA region. One of the fundamental objectives of Kerry Group is to provide authentic food to its consumers and to deliver innovative products those are prefered by its consumers full of taste, nutrition and free from gluten. The company has assured its consumers regarding using natural ingredient and food with reduced salt and fat (Karadag, 2015).

According to the interim management report of Kerry Group for the financial year 2016, it is clearly seen that the company has performed very well in the highly volatile market scenario and has experienced financial growth after getting pressurised by the external factors. Proper recommendation regarding manufacturing process, quality control and product innovation and delivery mechanism will help the company to flourish its business across the country. For the further growth and to stay in the highly competitive market some recommendations are drawn for the betterment of the company. These recommendations are as follows,

At the end of the current study, based on the interim management report of Kerry Group it is very evident to conclude here that the company is performing very well in the year 2016 than the year 2015. Financial management as well as the strategic management of every company are the two pillars indicating the financial performance and stability of the company and these two department of Kerry Group is well designed and are able to perform at optimum level. Through an efficient and effective strategic management process, the company use to make continuous plan for improving business activities and monitor as well as analysis and assess the entire necessary element related with the organisation to conquer its business objectives and economic goals.

Strategic management of Kerry Group helps to formulate and implement major goals and to take proper initiatives for meeting those goals. Proper compliance with the rules, regulation of the legislative body also help the company to expand its business in and out of the home country and it is expected that the business expansion will continue in future. Interim management Report of Kerry Group has represented the current growth in profitability and future growth perspectives. Financial management of the company helps it to identify financial need and financing it properly whenever it needs due to which the company did not feel lack of fund which could put barriers for its business. Debt and borrowing of the company has properly managed and financial obligations of the company have been write off properly and timely. Here, it is well enough to say that Kerry Group has the potential to experienced financial growth in future by expanding its business in international market.

1. Interim Management Report for the half year ended 30 June 2016. (2017). kerrygroup.com. [Retrieved from https://www.kerrygroup.com/docs/news/featured/2016-Interim-Management-Report-Press-Release.pdf accessed on 14 October 2017].