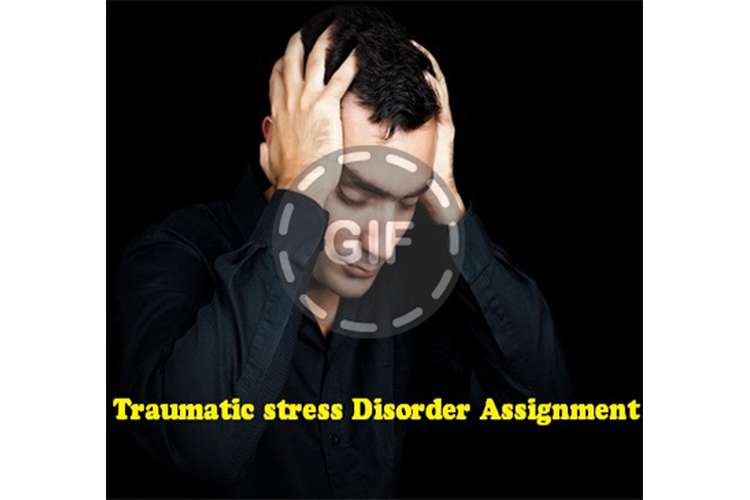 The Traumatic stress Disorder Assignment is also fromthe post traumatic stress disorder, its symptoms, the risk factors associated and the treatment plans. The proper intervention of the nurses with the precautionary measures also have been discussed along with the rationale for the assessment. Overall, the assignment is all about the perfect assessment of the PTSD along with the statistical report of that. As per the view ofRytwinski, Scur, Feeny, & Youngstrom(2013), the post traumatic disorder is the most common disorder in the global market, and it has become the recent matter for the health and safety with the increased rate. Therefore, the current assignment has been dealt with all the assets of this disease for the better understanding of the precautionary measures.

1.Description of the disease including pathophysiology, aetiology, incidence and predisposing factors:

As per the view ofRytwinski, Scur, Feeny, & Youngstrom (2013), Post-traumatic stress disorder (PTSD) results from the experience of the traumatic event that poses the actual or the threatened death or the massive injury which use to produce the intense fear, helplessness, and the fear of the horror. Evidence indicates that the key area of the brain in anxiety states is the amygdala. This region is located within the temporal lobe and is thought to be involved in theregulatingthe fear and anger, as well as the management of emotional memory. The amygdala has connections to the hypothalamus and can activate visceral and behavioural responses
Associated with emotional states. These responses can be rapidly activated in the presence of a threat
Without conscious processing. The amygdala also has connections to cortical areas, and its activity can be modulated under the influence of higher centres. 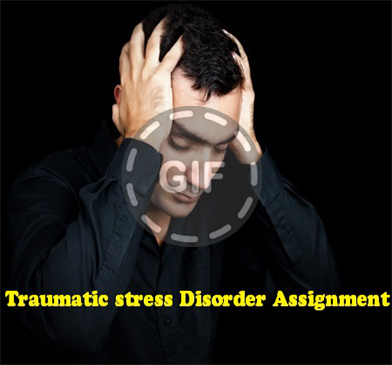 The different causes of the PTSD are mentioned as below:

PTSDis relatedto the situations those are upsetting, and the patient is not habituated with these situations to face in regular life. The US population survey has revealed the fact that the traumatic disorder rate is 7% to 8%(Shakespeare-Finch & Lurie-Beck, 2014).  It also has been reported that out of three people, one person uses to suffer through the fact of the PTSD after the severe traumatic attack.

It has been mentioned byBryant, Creamer, O’Donnell, Silove, & McFarlane (2012), thatpeople are suffering from the PTSD use to have the tenacious frightening thoughts and the adverse memories which use to hamper the normal flow of their lifestyle. The report from the Australian Government has revealed the fact that in the year 2014, 1.4 million Australians have suffered through the fact of the PTSD.

In the year 2010, the post-traumatic stress disorder exposure has been reported as below: 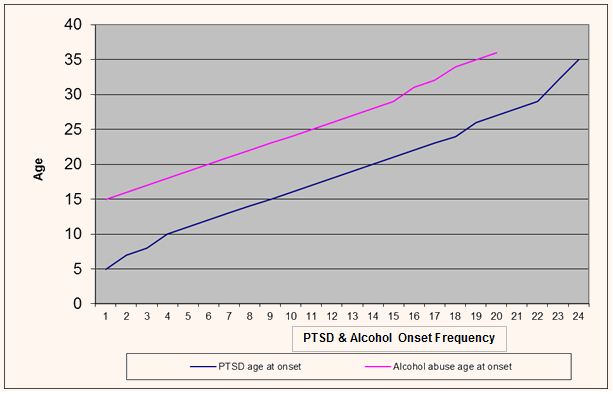 The diagram has revealed the statement that the PTSD effect is the increasing in an alarming rate. Any people those are facing the traumatic events can be affected through the PTSD but those people are maximum affected,and the events have harmed them, the intensity of the disorder is greater for them. People from all the age groups can be affected by this effect. The predisposing factors associated with the disorder are as below:

It has been observed that the people those have the genetic incidents relating to the PTSD factors are often use to get affected by this disorder in an adverse manner. Therefore, before offering the treatment plan, it is required by the health care professionals to diagnosis the reasons for the Post-traumaticstress disorder so that the proper measures can be taken(Shakespeare-Finch & Lurie-Beck, 2014).

The purpose of MSE is to systematically collect the information about a person so that decision can be made about her health status.

Three associated problems:To be diagnosed with PTSD, a person must have all of the following for at least one month:

Re-experiencing symptoms are as below:

Re-experiencing symptoms may cause problems in a person’s everyday life. The symptoms can start from the person’s own thoughts and feelings and can end up anywhere in any objects.

Things that remind a person of the traumatic event can activate symptoms to avoid particular indications. It can be stated that, after a bad car accident, a person who usually drives may avoid driving or riding in a car or even use to drive in a cautious manner remembering the incident.

Stimulation and reactivity symptoms are as below:

Stimulation symptoms are usually stagnant. These symptoms can make the person feel stressed. Sometimes, the angry outbursts also can be observed in them. They may make it difficult to do daily tasks in an improper manner. The daily tasks may include, talking with others, sleeping, eating, and other activities.

Cognition and mood symptoms include:

Many agents have anxiolytic properties.

1. Antidepressants (in particular the selective
serotonin reuptake inhibitors or SSRIs),anti-seizure agents and benzodiazepines can have a role in the management of individuals with anxiety disorders.

2. The benzodiazepines act to enhance the
The action of the neurotransmitter GABA acts on its receptors in the CNS. Specific benzodiazepines that are
commonly used as anxiolytics include alprazolam, bromazepam, clobazam, diazepam, lorazepam
And oxazepam.

Rationale for the administration to a patient in a specific condition:

As per the view of Shakespeare-Finch & Lurie-Beck (2014), the Post traumatic disorder is the psychiatric disorder that results out from the effect of the trauma. So, it is required to have the proper intervention and the administration offered by the health careserviceprofessionals as well as by the nurses so that they will get the recovery from the psychiatric disorder to go back to the normal flow of life. The acute administration is required to be offered to the patient so that the improvement or the deterioration of the conditions of the patients could be assessed, and the rectification of the treatment plan can be offered to them.  The another important rationale for the administration is to reduce the number of the affected person with the Post traumatic disorder in Australia and also in the global market as it has become the public healthcare entity with the enhancement of the rate of the disease. The world post-traumatic disorder has revealed that in the year 2014, 2.2 percent of the total world’s population is affected by this disease. It is also estimated that 7 to 8 percent of world population will be affected by the diseases. Out of these 10 percent will be the women population and 5 percent will be the men population (ptsdupdate, 2014).

Nursing consideration for the application ofAntidepressants:

Nursing consideration for the application ofbenzodiazepines:

Overview of the Trauma-informed care:

Tic aims to protect the traumatised person from further harm such as labelling, shaming, powerlessness, invalidation, restraint, seclusion and other coercive practice. It aims to provide safe spaces in which people can begin to construct a narrative account of the events in their lives and make meaning of their distress or illness. In TIC, the focus and moves the question from ‘What is wrong with you?’ to ‘what happened to you?’
80% of adults and 82% of young people in psychiatric hospitals have experienced physical or sexual abuse. Therefore, nurses are more likely to encounter people with histories of abuse or trauma. The fundamental role of the nurse is to listen compassionately and to respond to the needs of the distressed person at the moment. TIC fit in recovery-focused Practice:

Apart from the medication, there are Image Rehearsal Therapy (IRH) and the cognitive therapy to be assisted by the nurses.

It is required by the nurses to stress that while it cannot remove the traumatic theory, but it can remove the dream that the patient use to suffer through related to the trauma(Baldwin, et al., 2014).

Cognitive therapy:
With the application of this theory, the nurses teach the PSTD affected patients that the negative thoughts of the affected person are influencing their fee logs and behaviours to others. The nurses also assist the patients to change the negative thoughts to the positive thoughts with the help of the continuous counselling so that they will be able to lead the normal life like others. For example, if health safety andenvironment around the patient triggers the traumatic mare, then the nurses assist the patient by giving the advice not to evaluate the environment and think positive to return to the normal life(Baldwin, et al., 2014).

Deficit in the nursing knowledge:
If the nurses are not able to deal with the psychiatric patients with extreme emotional support and with patience, it will become the hindrance in the proper support offering to the patients. At the same time, if these therapies will not work, in that situation, the nurses also are required to be well educated regarding the application of the medicines or else, the situation may get more adverse to control further. Therefore, the nurses should be well skilled in the medication as well(Bienvenu, 2013).

Clinical and the environmental barriers:
If the proper clinical and medication supports will not be used in the rehabilitation centre or the other health care units, the Post traumatic disorder patient will become more violent and will lead to the adverse situation. The clinical barriers are referred as the poor infrastructure in the health care unit with the lack of the medication and the skilled professionals to offer the different therapies(Bienvenu, 2013). At the same time, the environmental barriers are referred to as the artificial environment or the unhygienic environment will behave like the hindrance of the positive personal growth of the patients.

Methods for the overcome of the barrier:
The method for overcoming the environmentalbarrier is to offer the Ecotherapy to the patient by creating the green environment around them. This use to trigger the role of nature and the connection of the humanities with the environment. At the same time, the proper clinical support with the support of the skilledprofessionals also can overcome the clinical barrier to offering the extreme support to the affected patients.

From the entire discussion, it can be concluded that the assisting the Post traumatic disorder patient requires the extreme moral, emotional support to be offered by the nurses along with the propermedication after the properdiagnosis of the intensity of the disease. In this way, the health care units will be able toreduce the rate of the PTSD across the globe.