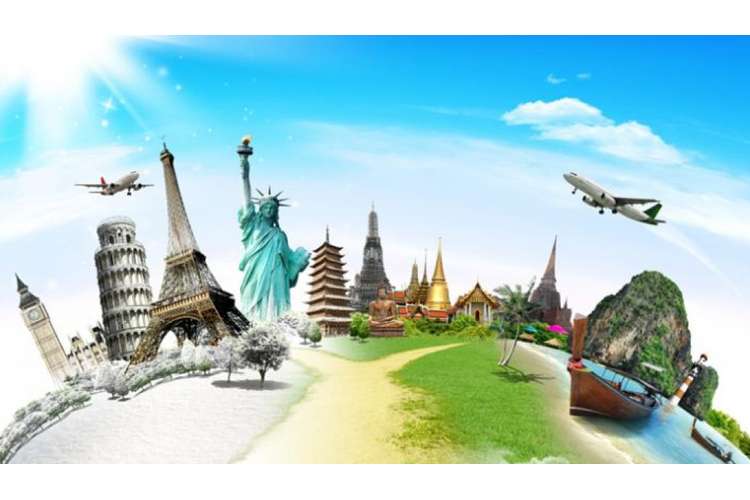 This part of the assignment deals in understanding the demand and supply of Tourism in Australia. Tourism accounts for greater contribution to the GDP of Australia, when many industries suffered during the economic slowdown in 2009, Tourism has assisted the government and the economy to prosper with the steady inflow of tourist from international countries like China, India, South Korea etc. Many researchers has stated that Australia occupies a unique position in Tourism mainly in Asia, due to its close proximity to growing economies like China, India, Malaysia, South Korea,  possess unique and appealing natural assets and safer environment. It is identified that the tourism revenue in Australia has reached more than AUD 100 billion in 2014 and it is poised to increase at a steady pace. Furthermore, the tourism demand has increased mainly from the domestic consumption when compared with international tourist. The demand from the domestic tourist has increased by more than 3 times since 2006 until recently. In a recent report from Deloitte it is noted that 60% of international tourism in Asia will be from Australia and this trend will continue to follow in the coming years. (Deloitte, 2015) 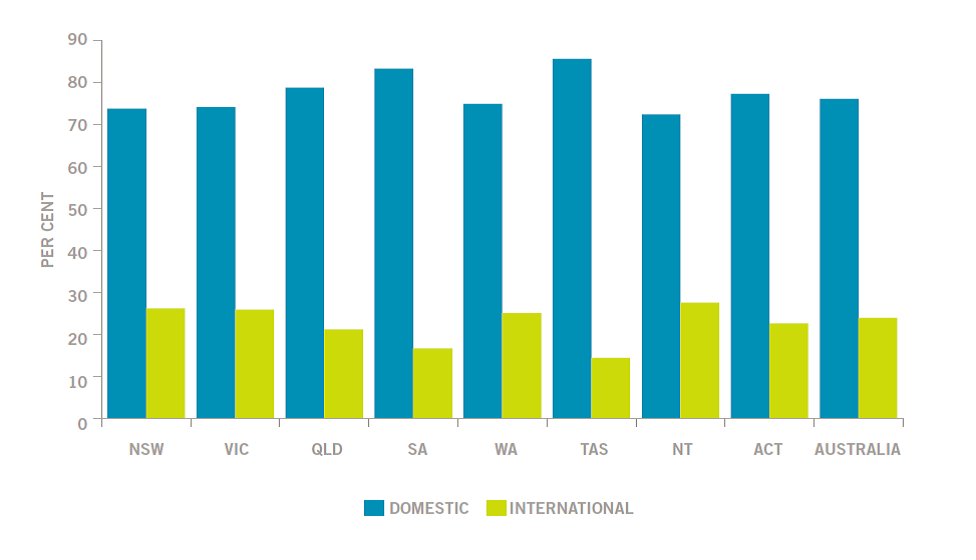 The introduction of the issue is that the tourism industry in Asia is set to expand more with the involvement of international tourism. Many countries in Asia like Australia, Singapore, Malaysia, China, India, Taiwan etc. are looking to attract a sizeable market share through tourism.

The tourism in Australia is increasing at a steady pace, the government of Australia is panning to introduce various stimulus in order to foster tourism in the country and attract more international tourists when compared with other Asian counterparts. It is noted that international travelers from US, UK, UAE etc are looking to visit Asia due to the unique natural assets, social considerations and safer environment. Therefore, the tourism department of Australia is looking to utilize the demand for such services and planning to possess a enhanced revenue growth which will support in enhancing the economy and country. (Muskat, 2016)

The government of Australia, citizens and other allied business are highly interested in the tourism revenue, because when the tourist reaches Australia, there is an increase in demand for allied services like Accommodation, food, Travel, Purchase of other goods and services. These revenues will contribute to the GDP of the country and will enable in increasing the wealth of the nation. Also, it is to be noted that the supply of tourism services will fetch more foreign currency to the country, which will support the government on a larger scale. The country has wealth of unique natural assets which enables them to differentiate from other countries in the world, due to the presence of indigenous heritage, friendly environment and cultural aspect the demand for tourism in Australia is increasing. (Muskat, 2016)

To link the economic concepts, we shall discuss the basics, supply and demand is considered as the most significant concept in economics as this is measured as the backbone for any economy. The demand states the quantity of products and services which the buyer is interested to purchase, on the other hand the supply states the quantity which the seller intends to sell the products or services. The association between the price of the products and the quantity of services which is available in the market is generally termed as demand – supply relationship, therefore, it can be stated that price is considered as the overall reflection of demand of a specific services and the supply of the same.  It should also be noted that the overall association between the demand and supply of the services will enable in allocating the resources effectively, many governments and companies look for demand and supply constraints for allocating the available resources in a more efficient and effective manner so that the overall output and revenue can be increased.

From the individual perspective, it is noted that there is an increased demand for tourism in Asian countries, specifically for Australia.  Due to unique geographical position, cultural heritage, rich natural assets and low cost enables the country to be the most favoured destination among the tourist. However, it is noted that the major international tourist are mainly from China. There is a steady increase of travelers from China which is estimated to increase double fold in 2020. It is further identified that the Asian travelers look for shopping and entertainment activities rather spending their time on beach, which the western tourists usually do. (Hughes, 2015). Therefore, this change in the behavior of Asian tourist will enable in increase in selling of various other products and services. This will support the economy in a better manner. Therefore, it can be stated that there is an increasing demand for tourism in the country and the government is taking steps to enhance the industry by offering various stimulus packages and support. 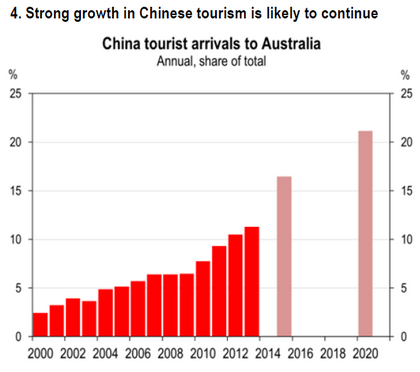 Thus from the article it is noted that tourist demand in Australia is increasing steadily and the government is taking various steps in providing constant supply of the services. This enables the country to grow, attract more foreign reserves and enable in posting sustainable development. It is identified that the revenue from the tourism has supported the country to come out of the slow down and enabled in making steady inflow of foreign currencies in the economy. Also, through tourism the other industries like domestic travel, food, shopping, entertainment will also add additional revenue which help the economy to a larger extent