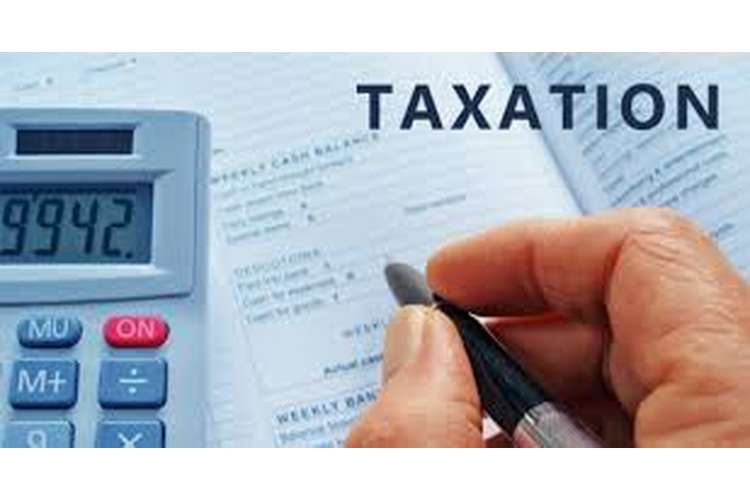 This case discusses about capital gain taxation of agricultural land which is held for disposal of asset. Above case relates with the Australian taxation scheme. As per ATO.,  (2016, Jun 21) Two methods have been specified by Australian taxation law that is either discount method or indexation method if the asset is held for more than one year. These methods are taken into account to curb the effect of inflation.

Facts of the case:

In this case assessee has purchased land in 1990 and is being used it for agriculture business till now. In 2016 he decided to close his farming business completely and dispose its land. He is available with two options either to sale it in one shot or in 50 separate lots. If land is sold in lots total realized value will be $2,500,000 otherwise the sale price will be $3,000,000. If land was sold in lots, than each lot can realize $60,000. On the sale proceeds there has been agreed expense of sale commission 2.5% of sale proceeds. The assesse has to decide whether to opt for selling either full land at once or selling the same in lots but which will  be approved after six month interval

According to section 160ZO of the Income Tax Assessment Act 1936, capital gain assessed on sale of land, which was purchased for the primary residence shall be taxed accordingly. According to 30/06/1997 relevant case law decision either the assesse or his spouse has purchased the unregistered land and primary motto was to build a residential home but the conditions of the local council of the area were not taken into account by the assesse. Assesse sold the residential land and didn’t paid the respective capital gain as there was a claim arise by the assesse that the appropriate land was not utilized for the respective purpose so there will be no capital gain. Assesse further claimed that main intention of purchasing the property was not creating investment rather it was to build house for residential dwelling.

The income tax department claimed that there would be a capital gain realized on sale of land. The assesse should be taxed on the following CGT income accordingly as per the provisions on law.

While taking both department and assesse contention into account and while referring the relevant taxation laws it was determined that only motto to intend and build dwelling is not enough to claim exemptions it requires an act to come into implementation. The above transaction will be treated as sale of investment and will be taxed accordingly.

Facts of the case –

Profits have been arising from the sale of property, land and investments. The assesse had entered into contract for the profits and assessment and selling of residential property for the taxation purpose. There was borrowing cost associated with the contract in terms of interest and other relevant costs. All the cost associated with the sale of the investments including the brokerage cost is distributed among the parties to the contract. Assesse claimed the above mentioned deduction in its capital gain statement.

Department claimed that ventures will not be allowed for the deductions of the borrowing cost associated with the investments and the other associated cost like brokerage cost. Department has declined assesses intention of claiming the deduction.

According to section  25(1) (ITAA 1936) of the Income tax act, 1936 interest cost and other related cost are allowed as deduction while calculating the capital gains and losses.

Therefore discussing the above problem there are two methods

Indexation method: As per ATO., (2016, Jun 16) (6) This method is applied so as to mitigate the cost difference arises as a result of inflation from past years on cost of acquisition of asset. Government issues consumer price index every quarter taking into effect of inflation. Using the consumer price index of acquisition year with current year index cost price is brought up as per current scenario.

Discounted method: According to ATO.,  (2016, Jun 16) (5)Government provides 50% deduction on capital gain if the asset is held for more than 12 months by the assessee before its disposal.

From the above solution it can be analyzed that it will be beneficial for the assessee to sale complete land in one shot because it provide less income under capital gain then selling in lots. There are also two methods for calculation of capital gain that is discounted and indexation method. From the above indexation method is giving more capital gain then discounted method. Both of the methods are equally applicable on the assessee as the asset is held for more than 12 months and also purchased before 24th September 2016.

The given case is about the assessment of residential status of assessee. The assessee is born in United States and hold permanent status of citizenship. He lives along with his wife and children in Australia. They also have his permanent house in Australia which belongs him and his wife equally. He has been given the opportunity for overseas consulting assignments. Assessee has also purchased shares of listed company and has a joint account with his wife in which his salary is also credited. In year 2016 assessee has been on assignment for 150 days. Afterwards assessee will be out for assignment in another country for four months and will return for one month to meet his family.

The above problem is about determination of residential status of assessee that is George Eals. He is to determine that whether he will be taxed for his income as per Australian tax laws. Also there has been given two situations that when assessee goes alone and when assessee sells his house and goes along with his wife and children.

As a permanent resident, assessee is only required to lodge annual Australian income tax returns if he receives income from Australian sources. There are two types of test that are required to be applied for assessing residential status of assessee. Taking reference from Fickling,  J.W., 2015 First is primary test and the other is secondary test. Primary test is that the person should be resident in Australia and in secondary test the basic three criteria which are compulsorily required to be fulfilled are:

1. Domicile in Australia.
2. Residing in Australia up to 183 days or more.
3. Commonwealth superannuation salary available.

In the second condition assessee is leaving Australia with his family selling his house therefore he will not be considered resident any more. He will be taxed as per foreign resident and foreign tax rates will be levied

It is therefore can be concluded that the assessee will not be resident if he sell his house and leave Australia with his family and then he will not be taxed any more in Australia. If the country to which he his moving is tax heaven then it is better for George to break his residential status from Australia.

It is also important for the assessee to advice his employer that if he is resident of Australia so that correct amount of salary can be with held by him for tax purposes. He will also be entitled to receive superannuation benefits once he leaves Australia. But the income which is accruing in Australia will be continued to be taxed in Australia only even if he leaves Australia permanently. Some of such income which will be continued to be taxed in Australia of George are income on investment in securities, bank interest of joint account held by George and his wife, and the capital gain on disposal of house in case if they dispose of their house.

Dempsey Vs Commissioner of Taxation

Facts of the case –

As per Kluwer.W. (2014, May 14).Taxpayer Mr. Dempsey was the resident of Australia as per the conditions defined in the income tax assessment act 1936. Mr. Dempsey went outside country to the Saudi Arabia for job in a multinational construction company. He stayed outside Australia once for nine months and rest for the remaining period of his stay. On the immigration database of Mr. Dempsey it was indicated that he is a “residing returning to Australia”.

The department is of opinion that through assesse has made a permanent residence in Saudi Arabia. Mr. Dempsey has selected Saudi Arabia as his primary stay for job purpose in construction MNC. Department further concluded that assesse was a resident of Australia not of Saudi Arabia for the particular period during which assesse is staying in the foreign nations. Income earned will be taxed by the ATO accordingly

The matter of the fact to be considered was whether the assesse was resident in Australia in the year 2009 and 2010 for the taxation purpose. It is also scrutinised that whether the income earned in Saudi Arabia will form part of the income slab of the Australia taxation. While taking into consideration it is needed to determine whether the assesse was resident in those years and does the assesse have domicile status. Taking in reference of Iyengar v. Federal Commissioner of Taxationboth physical presence and taxpayers intention is considered while taking decision. Immigration database and taxation returns of Mr. Dempsey are irrelevant in decision making regarding in determine the residential status of the assesse. In the relevant year 2009 and 2010 the residential status of assesse is in Saudi Arabia not in Australia.

Taking reference from ATO.  (2014, May 14) The contention of department is wrong and income earned by assesse Mr. Dempsey will not be taxed as per relevant laws of Australia for the relevant period of 2009 and 2010. Decision was made on 29th May 2014. Decision was unfavourable to the commissioner of Income Tax of Australia.

ATO.,  (2016, Jun 16). The discount method of calculating your capital gain,2016. Available at - https://www.ATO.gov.au/General/Capital-gains-tax/In-detail/Calculating-a-capital-gain-or-loss/The-discount-method-of-calculating-your-capital-gain

ATO.,  (2016, Jun 16). The indexation method of calculating your capital gain,2016. Available at - https://www.ATO.gov.au/General/Capital-gains-tax/In-detail/Calculating-a-capital-gain-or-loss/The-indexation-method-of-calculating-your-capital-gain