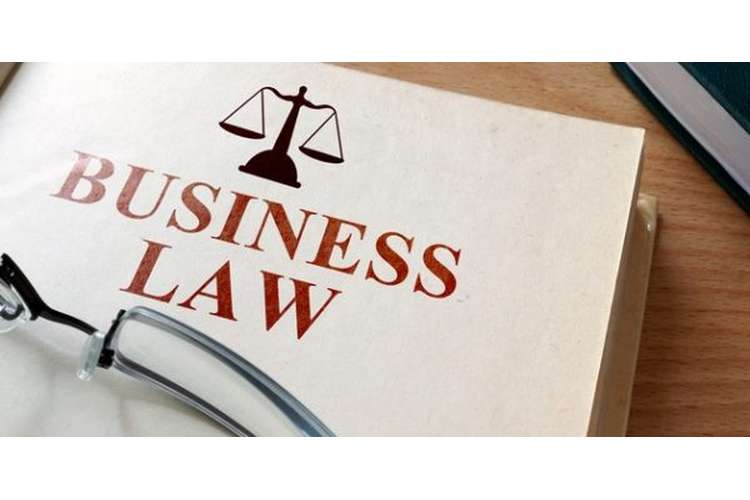 The Assignment provides a brief detail regarding the Business Law in Australia. The focus is also given on essential elements of contract to support the case law. The Business Law deals with business contracts between the parties of the contract which helps to understand the different terms of the business law. The Remedies available in case of breach of contract in a Business contract have been examined. The terms like equitable estoppel, unconscionable conducts have also been elaborated to justify the case law in the assignment. The case laws have been clearly discussed along with the reference wherever it is required. The contents of the case laws have been answered with clarity and completeness.

Mojo Beverage placed an advertisement in the newspaper with an offer of $100,000 to any person who catches Lord Harry. Lord Harry is a trout which they emancipated into Lake Tranquil which is the species of the fresh water fish.  The offer was published on 25th January and the following day was Australian Day, so a holiday. Thus, there was so crowd at the lake. A rumour spread near the lake that the appropriate value should have been $1000 and that the Advertiser decreased the prize money with the help of an announcement. The rumour proved to be true. Ben got to know about this, minutes before catching Lord Harry. The representative of the Advertiser clarified that the trout was detained back into the lake but was silent regarding the prize.

Mojo Beverage made an offer through an advertisement in a newspaper to the public. There was no acceptance through verbal or written means by any person. The elements which are required for a valid contract are:

Offer: A statement in which the proposer makes a proposal to the other party to enter into a contract. The proposer starts the contract with proper notice in a specific time period. The intention of the proposer must be clear.

Acceptance: The approval of the offer with the same terms and conditions is acceptance. However, if the offeree demands any changes it would be called as the counter offer. It should be specific. (McKendrick, 2014)

Mutual Consent of Parties: The consent of the parties must be mutual for having a valid contract. Consent should be clear and not be done under any force. (Poole,2016)

Consideration: It is must for any valid contract. It is basically the amount of the contract. The performance of any contract depends upon the required consideration.

Lawful object: The legality in the object is must to make it a valid to contract. It brings clarity in the performance of contract. It makes the contract effective.

Fair Intention: The contracting parties should have fair intention of entering a contract. It makes the parties binding to the contract.

1.No element of contract is present in the given case law. So, there is no contract made among the parties.

2.Ben didn’t accept the contract by any means.

3.Moreover, Mojo Beverage had the intention to create legal relations which could be understood from the newspaper advertisement.

4.In the newspaper, the value mentioned was $100,000 but afterwards it was revised to $1000. Hence, the question of consideration does not arise as there is no contractual agreement between the parties.

1.It was an intention of both the parties to enter into the contract. The offeror made an offer to make contract stating the price and quantity of sheep along with the time period for which the offer is open. The Live Stock Brokers made a counter offer but no reply was given by the first party. But later on Live Stock Brokers accepted the contract within the reasonable by sending a fax. Fax is considered as the valid means for the acceptance. Also, Dorper Sheep Sellers Pty Ltd. replied of the acceptance given by the other party.

2.Moreover, the contract cannot be revoked by Dorper Sheep Sellers Pty Ltd as the offer is accepted within the prescribed time period by the other party. Also, the terms and conditions are yet to be provided in the written form. The conversation also has been received on fax and there is yet to have any personal communication.

4.Live Stock Broker has the remedy to get the sheep purchased from Dorper Sheep Sellers Pty as within the specified time period of 14 days, acceptance was made. Moreover, Live Stock Brokers could be waiting for the reply but they didn’t get the reply of the counter offer. Also, this could be reason for reply on the last day. (Carter, 2012)

It means that when the acceptance has been given by the party of the contract, it should be received by the proposer through appropriate means and only after that, there will be a formation of contract. Basically, the moment proposer receives the communication of acceptance, it suggest that the contract is formed. It becomes the duty of the offeree to make the effective communication if he is willing to accept the contract that too within the reasonable tenure. Also, if the acceptance is made through the instantaneous way of communication during the normal working hours, it would be assumed to be accepted. However, in case of few specified circumstances, it won’t be deemed to be accepted.

In our case, the acceptance made by Live Stock Brokers was effective and valid on their part. But when it comes toDorper Sheep Sellers, they did not receive     the fax due to any transmission error. Thus, it would not be considered as contract as the acceptance is not been received by the offeror.

Livestock Brokers won’t be able to further proceed with the contract and Dorper Sheep Sellers would be eligible to sale it to the other party. Hence, it will not be considered as the breach of contract.

Stuart made a lease agreement with Westphalia Marts Pty Ltd. with Stuart of 5 years for a Shop in the Prince Mall for rent of $1000 per week from Dec, 2010. Stuart ran his music business for around 2.5 years successfully. Due to the increased access of people towards internet in 2013, the business came down and the sale of CDs declined. Hence, in Dec, 2013, Stuart asked Westphalia Marts Pty Ltd to reduce the lease rental from $1000 per week to $700 per week by the time there is any improvement in the business. Understanding the need of time, the owner accepted his offer from Jan, 2014 to reduce rental. However, in 2014, it was decided by the company to sale the mall which includes all the shops. Therefore, it was asked by the company for payment of full amount from Jan, 2015 and also there was the demand off $300 per week for the whole year 2014 which was earlier reduced with the consent of both the parties.

The promise among the parties was supported by the amount of consideration which was now reduced to $700 per week from $1000 per week. This was done because Stuart’s business was affected as it become easy for people to access internet. (Hogg, 2011)

It is a Doctrine to prevent one party of any unfair advantage from the other party. The providing of Justice is the objective of this rule. As per this rule, the person with low authority is protected from any injury made by the person with high authority. This prevention is mandatory as the parties have different positions at trial and different while performing it. People generally take unfair advantage of their positions. The hidden material facts which exist are the essential element of the contract. Thus, Stuart should be protected from any unfair advantage.(Forsyth, 2012)

Any conduct of the contracting party which is not reasonable on their part. The law helps to protect any Unconscionable Conduct in relation to the business transactions. Clarification is not done by the parties and uses different language which the other party does not understand. Moreover, parties don’t even give sufficient time for making signature. These types of activities should be prevented.

Also, due to the increased access of people towards the internet, the sale of CDs was also decreased and it was affecting his business. Thus, his expenses were expanding and sales were reducing.(Schaffer et al.,2011)

Thus, as per the above explanations, it is clear that Stuart will get the benefit for breach of contract by Westphalia Marts Pty Ltd.

The Assignment gives the complete understanding of the Business Law for the contracting parties. The different topics have been simplified to bring completeness in all regards in the assignment. The solutions of case law have been made keeping in mind the Australian Law of Business which affects the business law. The rights and liabilities in the case laws have clearly been explained. Appropriate measures have been taken to bring emphasis on the aspects of contract law and business law between the contracting parties. The assignment provides clarity to the Business Law along with the different case laws to give justification to the topics mentioned in the Assignment. The elaboration of different terms provides new skills in solving the different case laws before the required time.

5.Forsyth, A. (2012). Workplace conflict resolution in Australia: The dominance of the public dispute resolution framework and the limited role of ADR. The International Journal of Human Resource Management, 23(3), 476-494.