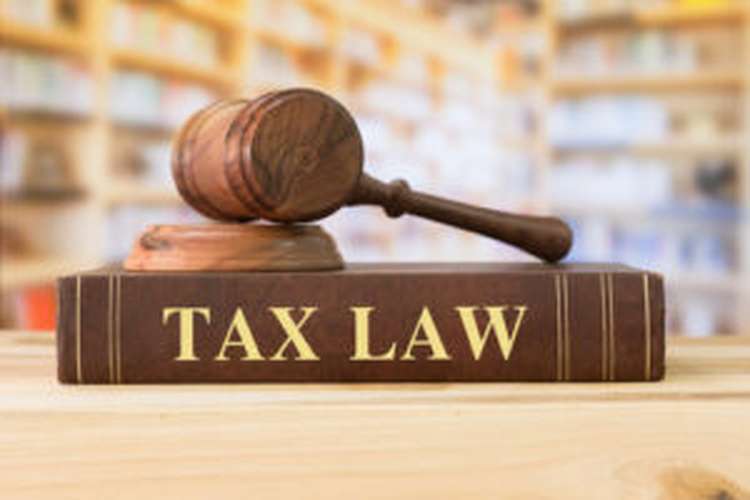 However, the rate above mentioned does not include the following:

The levy of Medicare of 2%

Nick Addison who is the employee of Lazarus Holdings Ltd. received net wages totalled to $78,000 for the year. The total wages of $78,000 would be assessable for the Financial Year 2016-17 for taxable purpose. Moreover, if any amount has already been paid, it would be deducted from the tax to be paid at the end of the year. Although, in case of amount paid is more than the limits, a refund is available for the assesse. Set off is available for the assesse who pays more advance tax which is adjusted by the end of the Financial Year. (Cingano, 2014)

The Section 16 and Section 19(1) The Superannuation Guarantee (Administration) Act, 1992 has the provisions related to the employer’s contribution to the superannuation fund. The provisions in Section 61-205(1) of The Private Health Insurance Act, 2007 clarifies the health premium payments made by the person. The amount so paid could be claimed as the tax deduction for that particular financial year, here 2016-17.. (Nielson and Harris, 2010)

Chris who was a freelance journalist was injured seriously while jogging when he fell down from the stairs. Thus, because the insurance policy he received $50,000.The person who has taken the Medical Insurance will only get the benefits of it. The reason could be sickness, accident, any related thereto. The person who paid the medical premium is eligible to offset the tax. It is guided under The Private Health Insurance Act, 2007. Moreover, in case the policyholder doesn’t get injured during the tenure of the insurance policy, he won’t get anything in return of the premium paid. (Cane and Atiyah, 2013)

The amount which the insurance policy gives to the policyholder on maturity or claim is tax free. The amount so received by Chris from his health insurance policy for various operations will not be taxable under the Income Tax. It cannot be considered as the protection for the loss of income as per the Taxation Laws for the Financial Year 2016-17 of Chris.

Chris received $70,000 in lump sum from the trauma insurance policy of his right foot. It will also not be taxable as it will not be considered as the protection from the loss of income of Chris. The amount so received under the trauma insurance policy will not be assessed as per the Income Tax in Australia. Also, the amount of claim by the insurance company is not taxable in the hands of the policyholder and is considered tax free.

Chris, a part time copywriter received a cheque of $5400 from the company for long term service leave accrued from many years. The total amount of the cheque which is $5400 will be taxable as per the Income Tax while assessing the income of Chris. The net amount is to be considered while making the assessment as per the Income Tax Assessment for the Financial Year 2016-17. Thus, the taxable income in the given case would be $5400.

Quentin, general medical practitioner received fees and revenue and the total income of Quentin is taxable as per the Income Tax Laws. As per Section 6-5(1), the income which is earned from the patients directly and the other receipts of medical are assessable for the tax purposes. Here, the total income assessable for the Financial Year 2016-17 is $233,000.(Total of $154,000 and $79,000).(Lanis and Richardson, 2012)

Warren received $16,000 as the demurrage from the insurance company. Apart from this, he also received the money for the disposal of truck and reimbursement of truck repairs. As per the Section 6-5(1), the amount of $16,000 will be taxable which he received as the compensation for the loss of his income. The amount received in relation to the truck will not affect the taxable income of Warren for the Financial Year 2016-17. Thus, the amount of $14,000 for reimbursement of deductible truck repairs and $75,000 for the proceeds of disposal of truck will not affect the taxability aspect of Warren.

Sandy operates a general food store which was robbed twice and he received the insurance amount as per the conditions of the policy. The entire amount received by Sandy will be taxable apart from the refund related to the medical expenses. The amount so received will be considered as the compensation for the loss. Thus, the amount which is taxable as per Section 6-5(1) will be $32,000 for the Financial Year 2016-17. Moreover, the amount of $2,000 which is for the reimbursement of the medical expenses will not affect the taxability aspect of the assessment of Sandy.

Troy, who operates in an advertising agency, had a contra transaction with his solicitor of value of $25,000. For the calculation of his assessable income, Troy can claim $25,000 by paying of his debts. Moreover, the contra entry should be adjusted for claiming the amount of $25,000.(Butler and Rodrick, 2015)

Harrison who is a barrister instructs one of the clients to pay the fees directly into the Commonwealth bank in which there is a mortgage of his wife. While assessing the income of Harrison, the income of $19,000 will be considered. As per the Income Tax rules for taxation, the constructive receipt will be used derive the assessable income for the Financial Year 2016-17.(Saad, 2014)

Karl is a plumber contractor who completed a sub contracted job for a construction company which was very large. Karl instead of cash received airfares and accommodation of the value of $8,000 for his work done as a plumber. As per the Section 21A of the laws of Taxation, while examining the taxable income, non - cash benefits will also be considered. Thus, the assessable income will be $8,000 in the given case. (Woellner, et. al, 2011)

Rob is a lawyer and he drafted some changes in a Will of one of his clients. Rob received cufflinks of $250 instead of charging fees for one of his clients as a lawyer. While calculating the Income Tax assessment sheet, as per the Section 21A of the Taxation laws, non – cash benefits will also be included. Thus, the assessable income will include $250 in the Financial Year 2016-17.

Petros has a business of property developer. Due to many travels throughout the year, he received 178,000 frequent flyer points which he redeemed in the form of air tickets of value $3,280. These points don’t have any economical exchange value. Thus, as per the Taxation laws, it cannot be used while calculating the assessable income of an individual in the Financial Year 2016-17.(Hopkins, 2011)

Len who is a carpet dealer receives subsidies from the supplier for selling over 2 kilometers of the carpet. While calculating the assessable income, the amount of $36,000 will be taken into consideration because it is a subsidy which is received in cash for the purpose of the business. Thus, $36,000 will be considered while assessing the income for the Financial Year 2016-17.

Shelley who operates a coffee shop received an espresso machine as the incentive to use their coffee from the coffee supplier, Fiasca worth $12,000. They also provided outdoor umbrella and furniture in the coffee’s name which are valued at $8,000 and must be returned to Fiasca if she ceases to buy their coffee. While calculating the assessable income, a deduction of $12,000 can be asked by Shelley that she received as non - cash benefit of business. The outdoor umbrella and furniture are not liable for deductions as it has to be returned back by Shelley.(Aaron and Gale, 2010)

This concludes the Assignment in relation to the Taxation aspect in the Australia. The provisions of the Income Tax and related Taxation laws have been examined. All the cases have been explained subject to their needs as per the taxation laws. The provisions discussed along with the specified Sections bring flexibility in understanding the topics with ease.The given variety of case laws helps to understand the different aspects of Income Tax Assessment by practical as well as theoretical means with the help of legislative provisions applicable in the Assessment. Moreover, the provisions will enhance specific knowledge in the field of Income Tax Assessment.

Cingano, F. (2014). Trends in income inequality and its impact on economic growth.

Nielson, L., & Harris, B. (2010). Chronology of superannuation and retirement income in Australia. Department of Parliamentary Services.