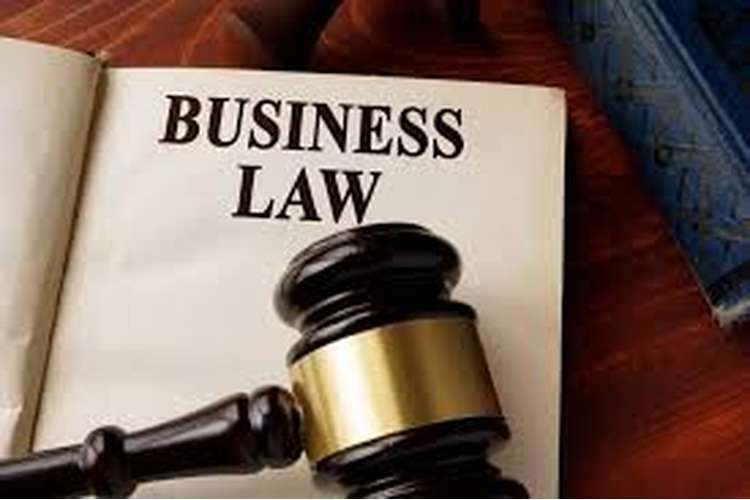 The Assignment gives a brief detail regarding the Business Law in Australia. The emphasis on essential elements of contract is also given to justify the case law. The terms like revocation and consideration have also been in examined as a support for the provided case laws. Business Law deals with business contracts between the contracting parties of the contract. It helps to understand the different terms of the business law. Remedies available in Business contract along with the damages have been elaborated. New terms like equitable estoppel, unconscionable conducts have also been examined clearly in the assignment. The case laws have been clearly explained along with the references wherever required. The contents of the questions have been answered with clarity. 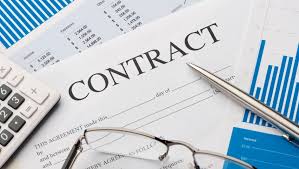 Mojo Beverage placed an advertisement in the local newspaper offering $100,000 to any person who catches Lord Harry, a trout which they have released into Lake Tranquil. Trout is one of the species of the fresh water fish.  The offer was made on 25th January and the next day was Australian Day which was a holiday. Thus, there were people in huge number and it was so crowded over there. A rumour spread near the lake during the lunch time that the reasonable amount should have been $1000 and that the Advertiser reduced the prize money through an announcement. The rumour spread thereby was true in fact. Few minutes before catching Lord Harry, Ben got to know regarding it from a stranger. One of the representatives of the Advertiser certified the catch that the trout was detained back into the lake but had no response regarding the prize money.

Mojo Beverage made an offer through an advertisement to general public. There has not been any acceptance by any person through verbal or written means. The elements that are required for a valid contract are: (McKendrick,2014)

Offer: A statement in which the proposer proposes the other party to enter into a contract through fair means. The proposer initiates the contract with due notice in a prescribed time period. The proposer clarifies his intention regarding formation of contract.

Acceptance: The approval of the offer without any conditions is acceptance. However, if the offeree makes the offer it would be termed as the counter offer. It should be clear.

Mutual Consent of Parties: The mutual consent of the parties is must for having a legal contract. Consent should be fair and should not be done under any force. (Poole,2016)

Capacity to contract:The capacity of parties must also be taken care of. The contracting parties must not be minor and must be of sound mind.

Remedies for Breach of Contract:In case of breach of any contract, affected party is eligible for relief. It depends upon the performance of the parties contracting. The damages incurred during the acts of contract, make the affected party to claim for damages occurred.

Fair Intention: The contract should be made with the good intentions of the parties which should be legal and binding upon the parties.

1. It is cleared that there is no elements of contract in the given case law. Thus, there is no contract between the parties.

2. There is no agreement between the parties as there is no acceptance of contract by Ben in any form.

3. It was an intention of Mojo Beverage to create legal relations as there was a written advertisement in the newspaper to grab Lord Harry.

4. The consideration which was mentioned in the newspaper was $100,000 but later on during the event it was announced to be of lower amount of $1000. Since, there is no contract between the parties; the question of consideration does not arise.

Dorper Sheep Sellers Pty Ltd sent a letter to Live Stock Brokers for selling sheep on June 1 along with the price and number of sheep for sale for which 14 days were given for reply. On June 6, Livestock Brokers sent a letter along with the enquiry stating whether it could be financed on usual terms, of which no reply was given by Dorper Sheep Sellers Pty Ltd. On June 14, Live Stock Brokers sent a fax which stated that they accept the offer which they gave on June1 regarding the sale of sheep. However, the proposer replied stating that they are late and is about to sale sheep whose formalities would be completed by tomorrow.(Latimer,2012)

(ii) Yes, the letter sent by Dorper Sheep Sellers Pty Ltd to Live Stock Brokers is the letter of offer to enter into the contract. The proposer specifies the quantity and price of sheep in the letter for acceptance by the other party. Thus, letter sent on June 1 is the Offer of contract.

(iv) The fax sent by the Live Stock Brokers is a valid acceptance on its behalf. Moreover, the other party replied of the fax immediately regarding acceptance. Fax is a legal and valid means of acceptance.

(vi) Dorper Sheep Sellers Pty Ltd cannot revoke the contract as there is only offer by the proposer and acceptance by the other party within the time period. The terms and conditions for a legal contract are yet to be mentioned in the written statement. Moreover, it is just a conversation whose acceptance has been received on fax and no personal communication.

(viii) Live Stock Broker has the remedy to get the sheep purchased from Dorper Sheep Sellers Pty as they gave acceptance within the reasonable time period of 14 days. Thus, there is remedy available to purchase the sheep. Moreover, they might be waiting for the reply of the counter offer but they didn’t get any. That might be the reason that they replied on the very last day of the tenure of 14 days.

Yes, the acceptance made by Live Stock Brokers was effective and valid. It was made within the time period and also received by the proposer.

Westphalia Marts Pty Ltd made a 5 lease agreement with Stuart for a Shop in the Prince Mall for $1000 per week from Dec, 2010. Stuart was successfully running his music business from around 2.5 years. In 2013, due to the increased access of people towards internet, his business declined and sale of CDs decreased. Thus, in Dec, 2013, Stuart asked Westphalia Marts Pty Ltd to lower the lease rental to $700 per week until there is any business improvement. Considering the facts that he might terminate the lease early, he accepted the terms of the offer of reduce rental from Jan, 2014. But in 2014, the company decided to sell the Mall including all the shops. Thus, the company asked Stuart to pay the full amount from Jan, 2015 and even demanded $300 per week for the year 2014 which was reduced with the consent of the parties. (Hogg,2011)

The promise made between the parties to reduce the rent was supported by the consideration. Earlier the consideration made was $1000 per week but now it was reduced to $700 per week because Stuart’s business was affected due to the increased access of people towards internet. The consideration is must for a valid contract on which the performance of a contract depends.(Forsyth,2012)

It is a Doctrine of prevention whereby one party gets prevented of any unfair advantage from the other party. The objective of this Rule is the prevention of injustice which occurs due to fraud or any other similar reasons. In this Rule, the person with higher authority injures the other party in any particular way through his conduct or language. Basically it prevents one party because at times parties have a different position at trial and different at the time of performance of contract. People take advantage of their prior positions and harm others. There exist the hidden material facts between one of the parties which is an essential element which should be acted upon. Thus, Stuart would be prevented from any unfair advantage.

Any conduct or behaviour which is not reasonable on part of the contracting party. Law prohibits any Unconscionable Conduct by any of the party of the contract in relation with the business transactions and also the goods and services. Parties don’t clarify the terms of contract and at times uses the language which the other party is not used to. They don’t even give sufficient time to go through the terms and force them to sign the document. It is an important aspect of the contract and should always be prevented. It will be beneficial for Stuart.(Cavusgil et al.,2014)

Moreover, due to the increased access of people towards internet, the sale of CDs was also declined and it was affecting his business. Thus, his expenses were increasing and sales were decreasing.(Schaffer et al.,2011)

The Assignment gives the complete knowledge of the Business Law for the contracting parties. The different concepts have been clarified to bring completeness in all regards in the assignment. The solutions of case law have been made keeping in mind the Australian Law of Business which affects the business law. The rights and liabilities in the case laws have clearly been examined. Adequate measures have been taken to bring emphasis on the aspects of contract law and business law between the contracting parties. The assignment gives complete understanding of the Business Law along with the different case laws to give justification to the topics mentioned in the Assignment. The elaboration of different terms provides new skills in solving the different case laws before the required time.

Forsyth, A. (2012). Workplace conflict resolution in Australia: The dominance of the public dispute resolution framework and the limited role of ADR. The International Journal ofHuman Resource Management, 23(3), 476-494.