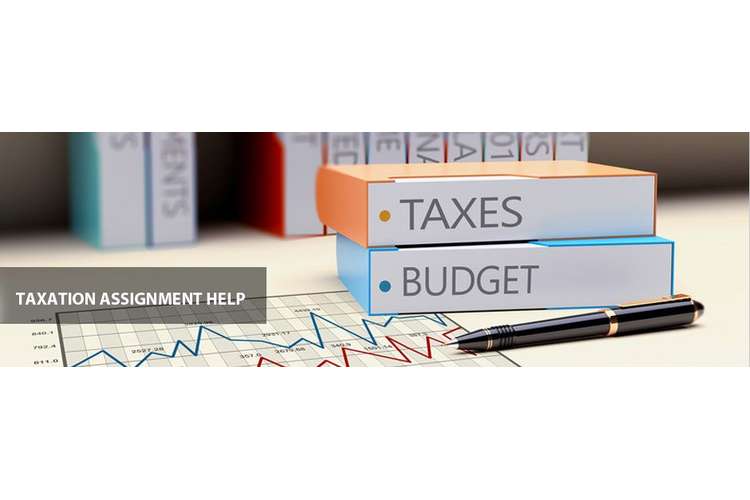 France was the first country to introduce GST in 1954 and then followed by many countries. Goods and Service Tax (GST) has reformed the taxation system of countries like Australia, New Zealand, Canada, Sweden, France, Japan and Germany. Recently, the world’s largest democracy India also implemented the GST taxationsystem July 1st, 2017 and switched off the traditional taxation system. GST is the combination of all indirect taxes imposed by governments on the goods and services. The governments of different countries have not included certain products in the list of products and services which are taxed as per GST (Ahmad, et al. 2016).

This work is focused on the impact of GST on consumers, traders, manufacturers, and state and central government. The challenges and advantages received due to the implementation of GST are also discussed in this work. To get the idea of impacts and advantages of GST, the literature sources presented by various researchers on GST are reviewed.

The main objectives of the work are –
1. To develop working definition of GST
2. To determine the key advantages of GST to the consumers, manufacturers, traders and the state and central governments.
3. To scrutinize the challenges faced by the taxpayers and the governments after implementing the GST

The implementation of GST has short-term inconvenience followed by long-term benefits. The implementation of GST affects an individual as well as the organisations and businesses. Switching to GST from traditional taxes is full of challenges like improving the IT infrastructure and the IT security, providing training to taxpayers as well as to tax department employees. The project work will help the marketers in understanding the advantages of GST over the traditional taxation system.

Cassidy and Julie (2017) presented a paper, in which they defined the Goods and Services Tax (GST) as merging of all indirect taxes like value added tax, sales tax, excise duty and per unit tax. The consumers pay the value added tax on most of the goods and services used in industries and houses. The consumers pay the GST and it is forwarded to the government by the industries involved in providing the goods and services to the consumers. Overall, GST is a source of income for the government which is paid by the users of various goods and services. GST is combining all indirect taxes that varies with types of products and services and imposed according totheir cost. The nations came up with legislation like General Anti-Avoidance Rules (GAAR) and Targeted Anti-Avoidance Rules (TAAR) to overcome the problems of avoidance from GST.

The constitution (122nd Amendment) Bill, 2014 (GST) was introduced by the Indian Government for making the current tax system easier and simpler for the taxpayers. This amendment in current tax system benefits the businessmen and other taxpayers as all indirect taxes are paid under one tax i.e. GST.

Vasanthagopal, D (2011) stated in his research work that GST in India has impacted agriculture, employment, price level, poverty reduction, GDP, manufacturing industry and government revenue very strongly. The change in taxation system was tough to adopt by the industries in India but for increasing the number of taxpayers, this change was very important.

Anbarasi and Rakshitha (2015) performed SWOT analysis on GST and focused on concept, mechanism of GST. Their research was also about the scope of GST like what goods and services are kept under GST and what is kept outside the GST in India. In India, GST has two components which are Central Goods and Service Tax and State Goods and Service Tax. In SWOT analysis, the strengths mentioned are such as the end of cascading effects, uniformity of tax rates across the states, easy to understand and very simple for consumers and businessmen, helps in reducing the prices of goods and services to the consumers, transparency and same tax structure etc. The weaknesses are such as keeping alcohol and petroleum products out of GST, weak IT infrastructure in India etc. The state and the central government has very good opportunity to increase the amount of the treasure. The threat is the lack of coordination between the state and central government may setback the strengths of GST.

Alamelu and Sharon (2015) stated in their paper that the idea of GST was first discussed in 2005-06 in the budget speech of union finance minister. The main aim of introducing the GST is to eliminate various types of indirect tax by merging all in one which is imposed on different points of consumption. The benefits of GST to stakeholders, direct consumers and manufacturers are also discussed.

Isle et al. (2014) presented a paper in which it is stated that the point view of the Federal Government that told the GST will help the small businesses in Australia to overcome the problem of cash flow. As the small business is providing the employment to the maximum of people and in case if their business is impacted negatively by the GST then the nation may face the decline in GDP and increase in unemployment.

Nguyen and Hkhiem (2016) presented a paper on Consumption taxes in which the future tax system in Australia and recommendation for development of consumption taxes in Australia are mentioned. The paper also highlighted the current dependence of Australia on GST as a revenue source and the ways in which the GST should be reformed for increasing the GST base. The paper also contained the positives as well as negatives of the GST system in Australia on small and large industries, and the end users of goods and services.

Cortis and Eastman (2015) submitted a paper on Salary sacrificing in Australia in Asia Pacific Journal of Human Resources. The paper presented how the GST has empowered employer for salary sacrificing of employees and retaining the staff. The paper explained how the various people in the system are benefited from the GST implementation.

Pinki et al. (2014) presented a paper in which it is concluded that the current government is in favour of implementing the GST in taxation system and it will be beneficial for central and state government as well as for the consumers in long run. Also, emerging of India in IT sector strongly supports the implementation of GST in India.

Sanjana and Anson (2015) presented a paper An Overview of Goods and Service Tax – Reduction of Tax Burden. The paper talks on tax definition, history of tax and introduction of Goods and TaxtationService Tax. The work presented is focused on the mechanism of GST and reduction in tax burden to consumers and manufacturers. It is concluded from the presented work that all sectors of the economy have benefits irrespective of whether it is an individual, industry, importers, service sector trade, government department or professionals. The GST will help in boosting the overall GDP by integrating and uniting the all taxes as one tax GST.

Milandeep, K. et al. (2016) presented a paper A Study on the impact of GST after its implementation. The objectives of the work presented included differentiating the present indirect taxes and GST, challenges faced after the implementation, and impact of GST on various parts of the economy of India. The work presented was concluded as that GST is the simplification of current taxation system by merging all the indirect taxes into one single tax. The implementation will get rid of taxpayers from the different kind of indirect taxes at different points and make the business transactions simple. GST implementation will definitely produce problems for short-term but will be beneficial in long-term for all. The objectives of GST implementation include one nation – one tax system, collecting tax on basis of consumption instead of manufacturing, increasing the number of taxpayers, merging all indirect taxes imposed on goods and services in one single tax, minimising the evasion and corruption, increasing the revenue generated as tax, minimising economic distortions etc.

Bagyalakshmi, N. (2105) concluded from her work that the consumers, traders, manufacturers, service providers, and the central and state government are impacted by GST in different terms. The consumers are impacted by the prices of the products and services are changed either increased or decreased depending on the % GST imposed. The GST implementation has increased the competition for manufacturers as the prices on most of the products are reduced after the implementation of GST. The challenges faced after the implementation of GST are training for tax administration, lack of IT infrastructure, the dilemma for new taxpayers etc.

Gupta, S. et al. (2015) presented paper in which rhe rates of GST in different countries like Australia, France, Canada, Germany, India etc. are listed and the impacts of the rate of GST are analysed. The highest rate of GST is 25 % in Denmark and Sweden and the lowest rate of GST is 5 % in Japan. India has varying GST rate from product to product. The advantages include elimination of the Cascading effect of tax, reduction in number on compliances, ease in e-commerce use, improvement in logistic efficiency, higher threshold registration, help in expansion of small businesses etc. the disadvantages are such as costs of IT infrastructure and training the tax department employees, increase in operational cost, online taxation system etc.

Bendapudi and Sam, (2015) submitted the work over the objectives of the work included the analysis of the impact of GST on the retail sector, on government revenue and provisions of GST. They also listed the features of GST such as adoption of the comprehensive tax base, dual components of GST, CGST and SGST. The work presented was concluded as that the retail sector should be ready to migrate from traditional taxation system to modern one i.e. single tax for all type of indirect tax. They also emphasised the effects of GST on small entrepreneurs and small traders. According to her, the small entrepreneurs and small traders need to modify and upgrade their way of doing business and maintaining the records for adopting the GST taxation system. The implementation of GST benefits to the taxpayers of the country as the merging of different indirect taxes over goods and services into single tax reduced the tax amount to be paid and increased the number of taxpayers.

From the project work, it is concluded that the GST has some benefits for all who are dealing with goods and services like consumers, traders and manufacturers. The advantages for consumers due to the implementation of GST are such as reduction in overall cost of goods by avoiding cascading impact of tax and easiness in knowing the tax imposed by goods and service providers. The manufacturers’ benefits are such as input tax credit which allows the manufacturer to pay the reduced amount of tax by subtracting the input or purchase tax from the tax on output and GST helps industries in maintaining good cash flow. The GST implementation also improved the ease of doing business by making simple tax regime, reduced the multiplicity of taxed and reducing the record keeping.