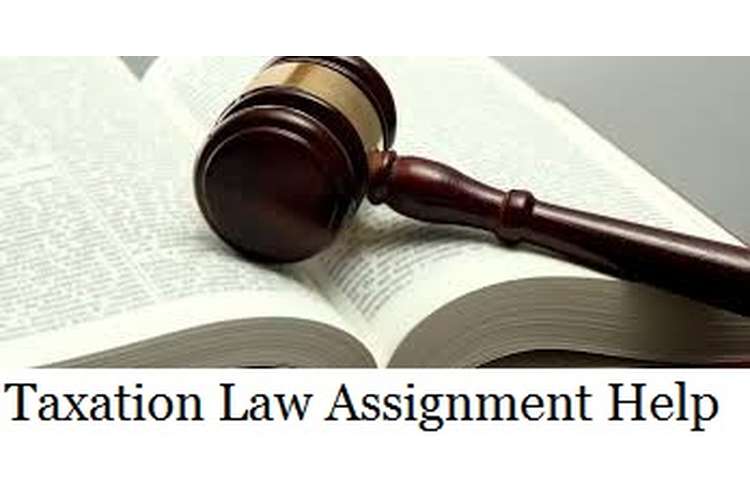 This is a solution of taxation law assignment help in which we discuss the case of Paladin Pty Ltd, Treatment of the points for the tax purposes, Tax deductions and Calculation of the Paladin’s tax liability.

The High Court of the Australia has explained the meaning of the “Derived income” in the famous case law of Arthur Murray. The term “derived income” includes the total income of the Assessed person derived from the various sources whether direct or indirect. The resident of the Australia is liable to pay tax on the total assessed income of the assessee as per the rules of the Income Tax Assessment Act 1936 – 1965.

Facts of the case: The Arthur Murray (NSW) Pty Ltd is a private company which is engaged in the business of the providing dancing classes in Sydney and Melbourne. The company provides lessons for 5, 10, or 15 hours which can be spreaded over a period of 1 year. The total number of lessons to be provided is 1200. The fees for the dancing lessons can be taken from the students either in lump-sum amount or in the instalments, which can be deposited over the period of providing lessons to them (Application by Jemena Gas Networks ltd, 2011 ). Arthur Murray (NSW) Pty Ltd has followed the policy of recording the transactions on accrual basis. The assesseeor the tax payer has recorded his income on accrual basis, but the advance payments for the services to be provided in future are recorded in a separate account known as “Unearned Deposits for the untaught dancing lessons account”. This way, at the end of every another year, the Arthur Murray (NSW) Pty Ltd has collected a huge amount in the Unearned Deposits for the untaught dancing lessons account (Commissioner of Taxation v Ashwick, 2011). The Commissioner of Tax has issued the assessments claiming that the above mentioned amount should be included in the assessable income of the taxpayer. Then the matter was referred to the Board for reviewing the facts.It also gave the same opinion as of the Commissioner of Tax. Then the tax payer filed an appeal to the High Court. The High Court gave its conclusion that the amount of fees which is received in advance for the provision of the dancing tuitions in the near future over a period of time will be consideredas thedeferred income for thatperiod of the tax payer until that income is recognised. The income is derived when the lessons are delivered.

Issues in the case: The discussion is about the inclusion of the unearned income which is received in advance for the delivery of the dancing tuitions over a period of one year in the Assessable income or not.As per the taxtation law of the Australia, the total “taxable income” of the resident tax payer is determined after including all the direct or the indirect incomes of the tax payer after allowance of the deductions available to the tax payer. The High Court gives its conclusions on the cases presented before it on the basis of the Australian Tax Act or the previously decided rulings (Confidential and commissioner of Taxation, 2013). In the present case law Arthur Murray (NSW) Pty Ltd, the tax payer is claiming not to include the unearned tuition fees in the assessable income of the current financial year for the purpose of the payment of the tax. The High Court has issued its rulings on the basis of the decision taken in another case Cardin v Executor, Trustee and Agency Co. of South Australia ltd. The High Court revealed that the income derived is a complex subject matter which includes the variety of the acts. There is no particular formula for the calculation of the total derived income. However, as per the basic adaptability of the general laws and regulations, the assessable income includes the accrued income should be considered in the assessable income of the tax payer for the purpose of the calculation of the tax liability, until any contrary provisions come forthwith. The decision of the Federal Commission of Taxation v Flood was relied to conclude the present case law.

Conclusion of the case: The Arthur Murray (NSW) Pty Ltd case law was a matter of complexity in the application of the appropriate tax laws for the derivation of the assessed income. The Carden’s case was taken as the base for giving decision on this case. The question is whether the receipt of any income is to be taken as the derived income of any business (Grant- Taylor v Babcock & Brown Limited , 2015). The conclusion of the present case law is the income is considered to be derived at the time when the lessons are delivered to the learners. The received income will be included in the assessable income of the tax payer for the current financial year, if there are no limitations of the refund of the receipts in case study of the failure by the students to receive the dancing lessons in the future. This case decision will be applied in themajority of the cases in the coming times.

Whether the principle in Arthur Murray applies in the case of Paladin Pty Ltd in the respect of the certain points.

Question2: Treatment of the points for the tax purposes

The amount of the Discount received from the advance purchase of the trading stock to be delivered in August can be transferred immediately to the Profit And Loss A/c of the Paladin Pty Ltd for the tax purposes. However, if the stock is not sold then it will be against the earlier treatment. Hence, the discount received can be treated as deferred income until it is earned.

For the tax purpose of the Paladin Pty Ltd, the trading stock should be valued at the cost or the net realisable value, whichever is lower. In this case, the trading stock is valued at cost which includes the amount of obsolete stock which can realise only $2000 at auction (Messenger Press Proprietary Ltd v Commissioner of Taxation, 2012). The amount of $15000 should be deducted from the closing stock and the realisable value of $ 2000 should be credited to the P&L a/c. The cost of goods sold of obsolete stock will be transferred to P&L a/c.

The fully franked dividend income of $10,500 is earned from a resident Australian public company. The franked dividends are subject to Australian tax @ 30%. The tax payer will receive a rebate for it from the total tax liability.

The warranty provision of $20000 and the stock obsolescence provision of $15000 are created by the Paladin Pty Ltd. However, the company hasn’t charged any amount against these provisions during the current year. It can be treated as the increased liabilities of the company for reducing the tax liability. However, The obsolete stock provision will be nil after writing down the obsolete stock in appropriate time interval. The warranty provision is absolutely correct. No adjustment is required for it. It will be  written off when the warranty obligations are imposed.

On 1.6.13 the managing director of the company was provided a three months long service leave and he was paid an amount of $22000 in advance.This amount is to be treated as the prepaid expense and to be taken into the asset side of the balance sheet for the year ended 30 June, 2013. The advance payment is deductible for tax purpose. The amount of $2.1m net profit should be increased.

Tax deductions are available for the costs connected with the new factory under s8-1, div 40 and Div 43. As per the regulations of the Australian Tax laws, under s8-1, any loss or expense which is incurred for the purpose of producing any assessable incomecan be deducted from the amount of the assessable income for the calculation of the tax liability. The Division 40 of the Australian tax can be used as the basis for the promotion of the scientific research for the development of the knowledge and the techniques in the study of the relationship between the brain and the behaviour (Sent v Commissioner of Tax, 2012). And the Division 43 of the Australia tax act provides the capital deductions for the expenses incurred on the construction of the building and related capital assets which can product the assessable income for the tax payer. Hence, all the capital expenses will be deducted under div43 i.e. ($2, 50,000 + 50000+40000) = $340000

Calculation of the Paladin’s tax liability for the year ended 30th June, 2013: