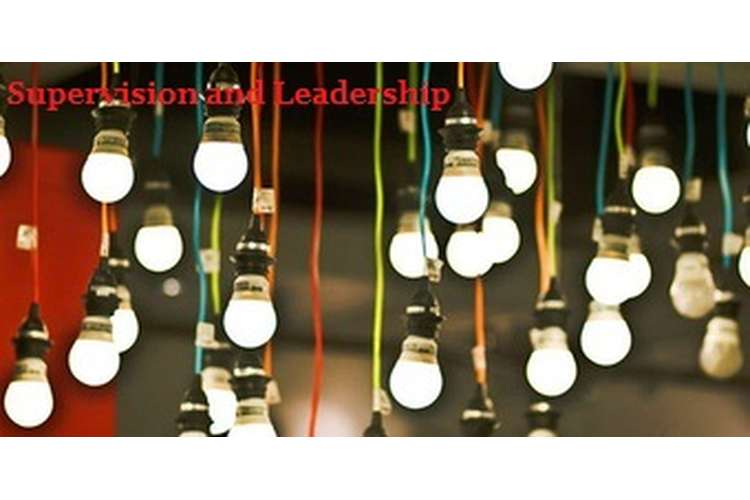 The present article is been based on the role of supervision and leadership at the workplace emotions. The basic intention of the authors behind this journal article is to identify and evaluate the role of leadership and supervision played in workplace emotions where the employees are been influenced by the same. The authors had described the role of the organisational leaders in the emotional experiences of the employees at the workplace. The basic intend of the author behind this article is to collect relevant information regarding the emotional behaviours and attitude of the employees at the workplace and the aspects influencing the same. In the present times, it has been found that people at the workplace are influenced with the emotional behaviours, job satisfactions and stress within the organisational framework. The article is been entirely focused surrounding the topic “Workplace emotions: the role of supervision and leadership”. It has been seen that the information included in this article leads to the relevance of the subject matter and help in identifying the related outcomes of the same (Bono.et.al, 2007). The author has found that many of the employees experience few positive emotions while working together with the supervisors as compared to the interaction with their peer members or customers. In order to complete the journal properly, the researcher had made use of the relevant and effective data and information with respect to the subject matter.

The authors have made use of the sampling method to analyse the research and extract the desired outcomes out of it. The collection of data is been performed by highly focusing on the reliability and the authenticity of the sources. The data is been collected with the help of survey technique where the health care workers were selected to provide with the information for some specific questions related to the topic. It has been identified that the author had randomly selected 57 employees of a health care organisation intending to the leadership and employee emotions at the workplace.  The respondents were been divided among two types of data i.e. survey data and the experience sampling data. The paper survey was used for collecting the general job satisfaction information whereas the experience sampling data was been collected through the handheld computer which were provided to the participants for approximately 2 weeks. Moreover, the author had also collected data from the supervisors concerning the leadership behaviours of an organisation through the survey method. It has been also reviewed that certain hypothesis had been framed in order to reach to the accurate and relevant outcome at the end. The article reveals that the supervisors evaluate the performances directly, and thus interactions with supervisors may increase anxiety about performance, which can be directly evaluated by the supervisor during interactions.

However, it has been argued that individuals have a need for self-sufficiency, which tends to be limited in the workplace by supervisors. The interactions with supervisors allows for closer observations of employee behavior, which may leave employees feeling monitored and controlled at the workplaces and leads to feelings of frustrations. The authors had also stated that the expectations of the supervisors might lead the employees to limit the emotional expression and could adversely impact their work. The articles also identified that there could be a negative impact of the supervisors on the employee emotions and thus could hamper their performances at the workplace. The researcher had identified that there are four major factors related to the employee and supervisor relations out of whom three are negative i.e. uncertainty, violation and frustration. It has been argued that supervisors who use transformational leadership behaviors might extract the feelings of happiness and enthusiasm among the employees. Transformational and charismatic leadership theories are unique in the emphasis they place on the emotional aspects of leadership. It has been found that the leadership styles being used within the workplace could influence the employees and their emotional behaviors at the workplace.

In addition to this, it has been extracted from the article that the supervisors who get engaged in transformational leadership behaviors might provide greater social support for their employees. Social support has been considered as an important aspect to the experience of emotional management at work because providers of social support such as family, coworkers, and supervisors are considered to enable the employees to cope up better with job stresses and increase their sense of control. It has been also seen that the people having emotional support are much tend to stand against any of the critical situation at the workplace and could effectively manage the same with the co-workers. The supervisors lacking in the emotional concern are found to be strict and acquire less interaction of the employees as compared to the emotional support.  However, the research found that the employees experience less confidence, happiness and enthusiasm when they interact with supervisors as compared to when they interact with customers, clients, and colleagues. The authors had also identified that the employees who report to supervisors engaged in transformational leadership behaviors, experience more optimism, happiness, and enthusiasm throughout the day as compared with those who do not. The employees are enthusiastic with the transformational leader even during their interactions with customers and colleagues.

In addition to this, it has been also identified that when employees adjust their emotions at work, they experience increased stress and decreased job satisfaction. The article is been therefore found to be useful for both the professional as well as the personal lives. The practical implication of this study is found to be in the organization facing employee dissatisfaction at the workplace and reduced productivity specifically. It could be used to judge the emotional behaviors of the employees as well as their expectation so that to bring the required improvements at the workplaces. It has been also revealed that an effective and relevant leadership also influences the workplace emotions of the employees and influence them to either put efforts or not for the organization. The article clearly depicts the author’s point of view about the role of supervision and leadership in workplace emotions and relates the same to the great extends.