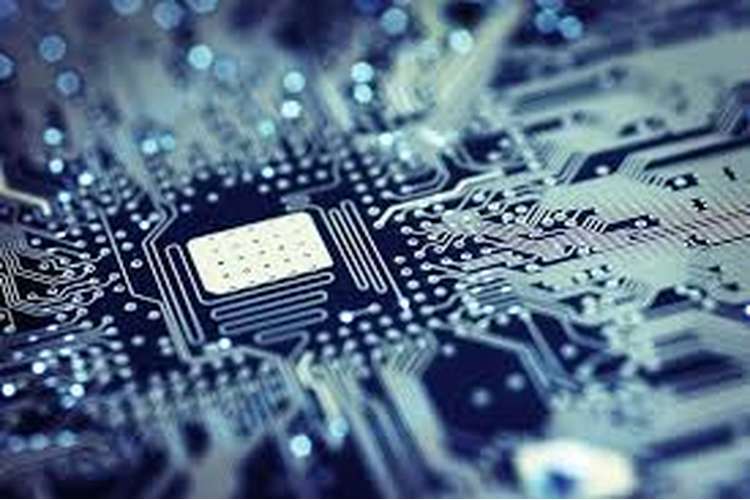 In this strategic information systems assignment help I have attempted to write a literature review on the historical development, usage, problems and adaptability of Accounting System Application software in Australia. Whilst an attempt is made to generalize the discussion wherein the Accounting software is discussed in general to be used in context with any company, but a due emphasis is nevertheless given to a University environment. A focus is therefore given to the use of accounting software with reference to Australian Universities. For this, a thorough research was undertaken on this topic. As advised in a research process, especially in the Literature Review phase, best efforts were made to use examples of business practice from the scholarly journals papers, conferences, books and professional magazines to support the arguments given in this research.

The literature review phase was undertaken in accordance with the business research process as recommended or ascertaining the development of accounting software/packages used in Australia. The research did duly cover the history, development and adoption, the current market size, identify the leaders in the market and what gives them the competitive advantage. Attempt has also been made to identify the current gaps or challenges encountered by users or customers of accounting software/packages and make relevant suggestions or recommendations.

The Literature Review which is undertaken or this business research is on historical development and usage of accounting software, especially in the context of Australian Universities. This stage of research is concerned with Literature Review and the correct methodology which should be adopted to conduct a proper literature review in the context of business research. It is an early activity for most research projects and can be likened with an upward spiral as shown in the figure below: 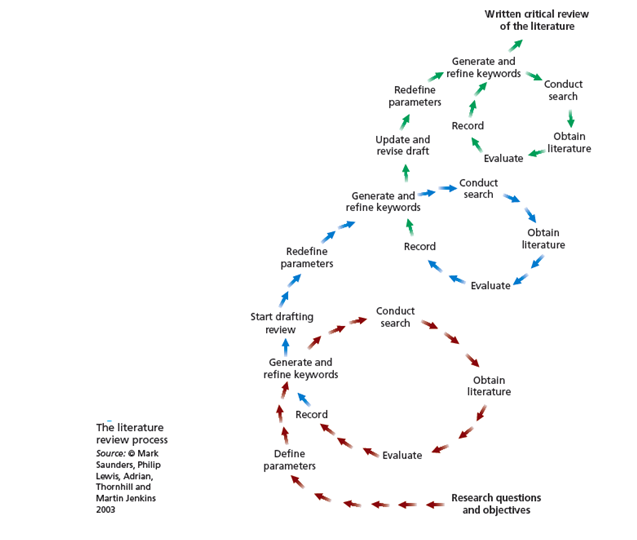 Tranfield et al. (2003) explain that as this is an spiralling process, it is usually necessary to continue the search throughout the research process, especially as the research and the findings would be judged and weighed with respect to other similar researches.

According to Keziere, R. (2009), there have been 3 successive movements in Information Technology that made an attempt to handle the remarkable reality of IT silos. IT silos in a way means that several different business functions in a same organization or company tend to work rather independent of each other, and in that capacity certain inconsistencies creep in.

Australian companies in general and Universities in particular are no exception to these movements as they have also witnessed the same movement which was common to all. This was especially realized when Bespoke Accounting software were developed. Since accounting involves lot of calculations work and there are chances of manual errors so this was the first step towards paperless office and automation that organizations and even universities undertook the efforts to get this software developed. (Keziere, 2009). Soon rather than bespoke or tailor made software, universities started preferring the use of off the shelf software like Peachtree and Tallly. Since, accounting software is lot of “in general” things so it was possible to develop the standardized accounting software like Peachtree and Tallly.

One advantage of using such off the shelf software was that the companies could start using it within weeks of purchasing the licenses. Whilst Bespoke software took months to develop, the pre-packaged accounting software just took a couple of weeks’ customization before the company could bring it to a full usage. (Keziere, 2009). With a minimal training or the depending on the training requirements, the accounts stuff could start working towards full atomization of the accounting function. The software like Peachtree and Tally also had very shallow learning curve and this software were remarkably user friendly.

However, many researchers highlighted that the companies started getting problems as usually the departments do not work in ‘silos’ or in isolation. While the Accounting department was entrusted with maintaining the computerized books of accounts, but the trouble was that all its inputs came from other departments in various formats. Sometimes it used to get duplicate information. or instance, in a university when payments were already made, the Accounts were bugged by the duplicate invoices due to some inadvertent error in the system. (Svejvig, 2011). So it became a very cumbersome task of reconciliation of the Accounts during the year end. There were lot of discrepancies and it took weeks or even months to diagnose and detect the inconsistency. This was so as the independent accounting software had led to bringing in lot of chaos in the system. There was a total lack of centralized system and lot of data redundancy was noticed which was the root cause of the problem. (Svejvig, 2011).

There appeared to be an absence of some centrally defined core business intelligence which can unambiguously define the business logic. Accounts department tends to have its own view of certain process, logic or data and when it comes to information interchange among the departments, certain discrepancies or incompatibilities came forward. Hence, as the independent applications related to each department worked in silos and was a root cause of problems with organization wide integrity and uniformity. (Keziere, 2009). There were three successive movements in IT which came forth to handle this problem of incompatibility and consistency. (Keziere, 2009). These movements were termed as enterprise resource planning (ERP), enterprise application Integration (EAI) & business process management (BPM).

These all developments attempted to integrate the vital accounting process into the main0stream software. So accounting became an important function of the software like ERP packs or EAI packs. It was recommended by the researchers to use a mini ERP pack, which included just the enabling of Accounts and finance unction if the customer is not interested in implementing the full ledged enterprise wide systems at that point in time. So they wanted them to adopt at least the Software standards and in case the company or the university wishes to expand, they do not have any problems in enabling other functions. For instance, the Accounts and finance Departments are closely linked in an organization. So when a university wishes to start with Account unction of a mini-ERP pack, they can easily expand to other functions like finance and HR just with the help of enabling those functions. It made real sense to work on those lines as working independently had already proved futile in many cases.

Whilst ERP attempted to integrate several individual applications which were historically developed and worked in silos, EAI endeavoured to integrate enterprise wide application development effort. Today, many organizations realize this and attempt to avoid any initiative which would lead to the development of an independent Accounts system.( Xu, 2011).

ERP took great advantage of initial developments of tools and software like operating system UNIX in early 1980s which game unique opportunity and freedom to organizations. The unified database systems like Oracle and SQL gave capabilities to attempt to unite the logic, so necessary to remove the inconsistencies as highlighted in the case of accounts and finance divisions. This was so necessary for the accounting function. Centralized database systems were possible and companies take huge advantage of this as well as the pre-packaged ERPs which were available for use. However there were still towering gaps and it was the EAI which tried to build tunnels between those towers representing the individual departments.( Xu, 2011).  Eventually, the BPM which emerged in the current decade which seemed to be a very fruitful approach bridged the gap which still existed business goals and the systems like ERP or EAI products which were developed to support the organization’s business. BPM brought forth the idea of continuous improvement through the six sigma and process management and there were other frameworks too which could help support the Accounting processes. This helped the organizations to develop a semantic fact model and revamped their Accounting processes to align themselves with the business objects. Initially there were some problems faced in this BPM modelling as well but soon there was an attempt to bridge the gaps which still existed by horizontal and cross functional BPM solutions.( Xu, 2011).

As per Svejvig, P., 2011, re-implementation of a successful enterprise system against all odds is extremely challenging. Getting successful in implementing enterprise systems is very difficult and had its challenges. The rates of success in such endeavours are low as there are huge investments involved. We have many examples of failures in such endeavours and there are multiple issues in failure. However, still it is better than just having independent systems. The support of top management as well as better change management with the help of efficient project management has led to remarkable success and the companies had reaped rich dividends post a successful implementation. (Svejvig, 2011). For instance, today the companies have saved a lot of time and resources, as a centralized consistent system usually does not require reconciliations.

In the journal Industrial Management & Data Systems, in their popular article “Expectation and reality in ERP implementation: consultant and solution provider perspective”, Helo P., Anussornnitisarn P. & Phusavat, K (2008), provide the statistics that Accounting and Finance mini ERP system has been one of the most popularly cited information system for automation in business.( Helo, Anussornnitisarn & Phusavat, 2008).