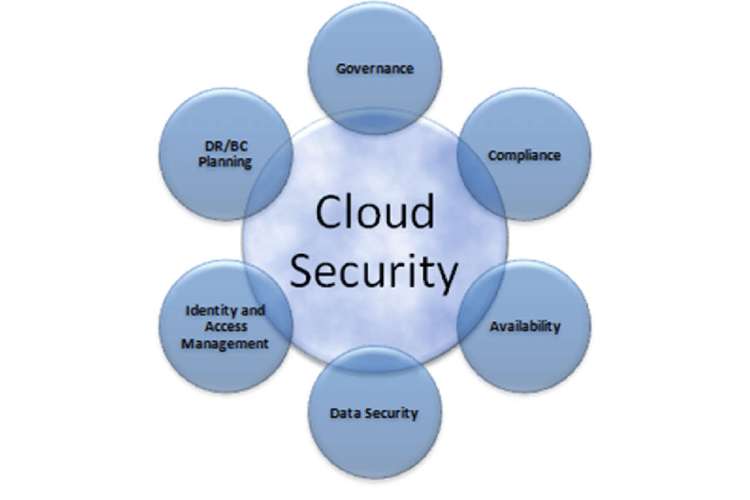 The different other kinds of model based on IDS would mainly emerge based on the usage of IDS within the networking cluster. The Cluster Head Module (CHM) could be regarded as another form of proposed model. The inbuilt architecture based on CHM would be running on the cluster head node (Hidoussi et al., 2015). The inbuilt architecture would be responsible for the initiation process of detection of the severe kinds of intrusions and thus provide an action based response that focuses on receiving of requests.

The technologies based on IDS would make use of the defense in-depth form of strategy. They would also play a major role based on the protection of useful form of information. The layered form of approach would be mainly based for protecting the informational systems within the organisation (Schumacher et al., 2013). Hence, this form of strategically designed approach would help for assisting the organization on preventing, detecting and thus responding to critical intrusions.

The planning based on critical tactics would be vastly relevant within the IDS technology. The impact of cloud security would help the improvement of operations and thus would provide an all-round security over the organisation (Mitchell & Chen, 2014). Cloud computing paradigms have vastly impacted the improvement of the infrastructure of IDS.

Contingency planning is one of the routine developed plan. These kinds of plans would promptly respond to the upcoming threats in such emergency situations. This kind of plan also includes the backup of data, preparing of critical kind of facilities and proper kinds of plan on migration (Dawson Jr, Crespo & Brewster, 2013). These kind of plans would also help to facilitate the continuation of business processes and thus recover from disasters.

Financial Aspects of the Project

The Lead Consultant would be responsible for designing a model based on alert prioritization model. This model would be responsible for assessing the risks. This model would make use of severe kinds of indicators based on the detection severe kinds of assets. The Loss Expectancy concerning the project would hold meaningful for the estimation of potential risks. This would also project the potential loss over the organization (Finnerty, 2013).

Risk Assessment based on Threats, Vulnerabilities and Consequences

There are various kinds of policies and procedures, which would be helpful for detecting the various kinds of countermeasures. These form of countermeasures could include the extensive use of firewalls and IDs. These measures help in the design of the security posture of Gigantic Corporation. They would also help in the mitigation of risks. They would also be able to maintain financial and competitive viability of the concerning organization (Safa et al., 2015). During the initial phases of the implementation of IDS based technology, there should be a proper kind of system. This system would help in providing a definition of policies and would guide in the process of evaluation and would also help in assisting on the use of tools and techniques based on detecting intrusions. Hence this would also help for the increase of chances of the design of a proper form of architecture of IDS technologies (Schumacher et al., 2013). The various kinds of policies and procedures would help in the integration of system information and protect the valuable assets of Gigantic Corporation.

There are some form of recommended practices that could be implemented within Gigantic Corporation based on their implementation of the IDS technology project. These are:

Use of such kind of tools of IDS that are mainly focused on industry standards for properly analyzing the signatures and their behaviors based on the various attack stages (Hassan, 2013).

Developing of several kind of processes based on sending of alerts to the managerial level of the organization.

Integrating different procedures, which would help in incident based response for investigating and thus escalating different kinds of issues based on confirmed incidents.

Scheduling of regular form of updates, which would be helpful for detecting signatures (Butun, Morgera & Sankar, 2014).

The present form of evidences, which are based on the impact of IDS technologies are focused on the use of ad hoc based approach. This kind of approach is recommended for the purpose of matching of characteristics based on specific form of targets environments (Shamshirband et al., 2013). IDS technology could be used majorly for detecting unauthorized access and thus send alerts to the top level of management.

Based on the current scenario, it could be discussed that IDS technological systems would be able to shut the links, which could pose serious forms of attacks. They could also slow down the pace at which the internet platform is being accessed. These kinds of technologies would try to make some kinds of attempts for identifying the potential attackers.

In the recent kinds of development of the systems based on IDS technologies, it could be defined that the software would be purely based on the proper form of combination of hardware and software based systems (Joshi & Pimprale, 2013). Many of the IDS focused software would mainly depend on same form of servers and devices. These IDS would consist of different advanced form of firewalls, proxies or other kinds of software that would perform continuous operation within the systems. The recent developments in the systems of IDS would enable them to detect any forms of potential attacks within the systems and thus would be able to provide different kinds of suggestions based on prevention of the systems. The IDS systems would also be able to detect any form of internal as well as internal attacks on the computing systems.

Identification and Discussion about the Major Threat Agents

The most common types of issues that are mostly faced bythe IDStechnologies are:

1. Managing of a high level of alerts on the computing systems.
2. Understanding and thus investigating the alerts in an automatic manner.
3. Gaining of proper form of knowledge and investigate the alerts.
4. Ensuring that the deployment of the IDS technology would be successfully installed and they are able to function in an efficient manner.

The selection of inappropriate kind of IDS systems would lead to tremendous consequences that might affect the concerned organization. Some of the sever forms of consequences are:

Damage to the Reputation of the Company – The improper implementation of IDS technology would be leading to the damage of the reputation of the organisation. The different forms of imposing threats would damage the internal processes within the system and thus get access to the assets of the company (Chung et al., 2013).

Failure of Projects – The failure of managing of risks within the projects would lead to projects getting failed at the final stages of testing. This might lead to huge loss over the business processes.

Delaying of Projects – There might be different forms of risks that could affect within the system. This might lead to the delay in the time of the delivery of the concerned projects (Abduvaliyev et al., 2013).

Mitigation of Risks and Impacts on System

The different kinds ofimpactof the risks based within the organisation are:

1. Safety and Health – The inappropriate assessment of risks would lead to the severe forms of impact on the health aspects of the systems and business processes.

2. Time – The impact of risks within the systems would lead to delaying of several processes. Without a proper form of evaluation, the end products would not be delivered to the customers.

3. Financial – Inappropriate assessment of projects could lead to financial losses of revenue, expenses and incur other forms of costs within the organisation (Creech & Hu, 2014).

There are different kinds of strategies, which could be implemented within the business processes of the organisation. These would be with the help ofthe IDStechnologies:

Personal data kept within the organisational premises should be protected and secures against the detection of any form of intrusion. Hence the computing systems should be kept updated on a regular basis (Stanciu, 2013).

The organization should focus on the implementation of IDS based technologies.

The security systems within the organization should be updated on a regular basis. They should make use of a stream preprocessor based on the purpose of reassembling the received packets. A Unicode preprocessor should be used for countering different forms of techniques based on evasion. These would be primarily be based on Unicode encoding.

There are different kinds of mechanisms based on safe guards that could be implemented with the use of Strategic based systems. These would include the customizable forms of accessibility cards, biometric systems, perimeter fencing and antivirus software (Mitchell & Chen, 2015). These systems could be implemented within the security prospects of the organization based on safeguarding the environment of the cloud systems used by the organization.

The different mechanisms based on the implementation of the secured cloud platform are:

1. Hash Functions – This mechanism is used in a one-way process. The primary property of hashing is to lock down a certain message and an authorized key would be sent to the other user who would be able to unlock the message.

2. Digital Signature – This form of mechanism would help in the providing authentic form of data that would also help in maintaining the integrity of the information. The message would also be assigned a kind of digital signature before the transmission of information.

3. Encryption – This kind of mechanism for the security would help in the conversion of plaintext data into a certain string of characters. It is also known as an encryption key. The secret message would be establishes and would be shared among the authorized parties (Ryan, 2013).

The above discussion helps in concluding about the importance of implementation of the project based on Intrusion Detection System within the organization. The organisation provides different kinds of solutions for the business and would thus require different kinds of mechanisms based on the security aspects. Hence the implementation of the IDS technologies would prove to be a major help for the security of the organisation and would thus be able to meet the objectives of the business.