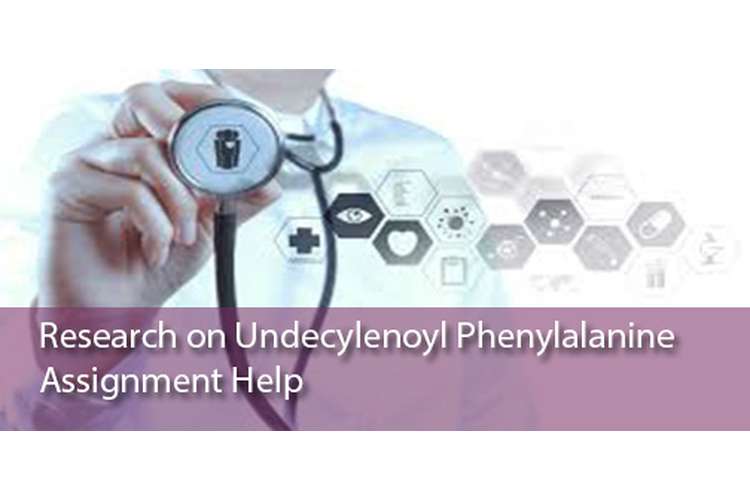 This is the solution of research undecylenoyl phenlalanine assignment help in which we discuss that The research is conducted to ensure if Undecylenoyl phenylalanine is safer and works faster in the problem of pigmentation than hydroquinone.

There is some special cells in the skin, which make melanin and this melanin is a pigment that gives different colors to our skin. Due to the damage of these cells, melanin production is affected. These unhealthy cells and melanin production reflect on our skin and can cause miasma, which is a chronic skin problem. The research aims to justify the research question, whether Undecylenoyl phenylalanine is more effective, safer and faster than the widely used hydroquinone at getting rid of the pigmentation, which can lead an individual to face embarrassment. With the aim for a better research work, the researcher will conduct a survey by including participants and giving them questionnaire (Traub & Spoor, 2013).

Background of the research

The research is conducted to ensure if Undecylenoyl phenylalanine is safer and works faster in the problem of pigmentation than hydroquinone. Undecylenoyl phenylalanine consists of lipid residue, fatty acid and amino acid. This compound acts like beta-adrenergic receptor (β-ADR) antagonist and α-melanocyte-stimulating hormone and it is used mainly as a skin whitening agent and it prevents the related cells to produce melanin pigmentation in the skin (van Leeuwen et al. 2014). On the other hand, hydroquinone is an organic compound of phenol and it is an aromatic compound. This compound is also used as a personal care for skin whitening and it is used in skin bleaching. Pregnant women are strictly prohibited to use the cream made of this compound. This compound cause severe allergic skin reaction, such as hives, skin redness, itching, rashes, swelling of mouth and many more. It can causes mild burning sensation or dryness in the skin (Guo et al. 2014).

Pigmentation is a major issue especially for women. However, any individual can suffer from pigmentation. Due to the loss of melanocytes or from unhealthy melanocytes, melanin production can be hampered. Pigmentation disorder can affect human skin color and can create allergic symptoms. Research is continued in all over the world to get rid of this issue, skin disorder. Skin pigmentation related medicine and beauty products mainly use undecylenoyl phenylalanine orhydroquinone as a remedy of this issue (van Leeuwen et al. 2015).

Pigmentation disorder can cause irritation and skin sensation or burning. When this disorder reflects on the face of an individual, it creates embarrassment for the person. People use undecylenoyl phenylalanine orhydroquinone to reduce this skin problem (Bacon et al. 2013). However, there are some side effects in both the compound, especially in hydroquinone. The use of hydroquinone can cause breathing problem, hives, skin redness, itching, burning, blisters and dryness. Even sometimes, it causes skin cracking and bleeding. Along with these irritations, blue discoloration of skin can be caused especially among people with dark complexion (African-American). Therefore, it is a serious issue (Celekli, Kap? & Bozkurt, 2013).

In the prior study, an analysis has been conducted to understand the effects and side effects of undecylenoyl phenylalanine and hydroquinone regarding the skin pigmentation problem. The research aims to identify the effectiveness of the compounds and to spot the negative impacts of the compounds on human skin.

According to Han et al. (2014), pigmentation can be caused for various reasons. Pigmentation disorder is categorized into most common miasma (hyperpigmentation), vitiligo (hypopigmentation), darkening of the skin (hyperpigmentary disorder) and disorder in normal skin color (hypopigmentary disorder). Suggested by Juturu, Khaiat & Deshpande (2016), miasma is the severe problem for the pregnant women in the USA, as 5 to 6 million women are affected with this skin disorder. Stated by Laughlin et al.(2016), pigmentation is caused by the unhealthy or disordered or loss of melanocytes in the human skin. There will be a severe problem if the melanin production is hampered by the loss of melanocytes and pigmentation problem will be raised. Suggested by Nakamura et al. (2013), an increase of melanin by pregnancy, oral contraception, other hormonal changes and exposure to the sun can cause pigmentation problem. Argued by Osborne et al. (2012), pigmentation can be caused by using low quality of cosmetics, bleaching skin, coloring hair, by using aromatic or perfumed products. Hair colouring and bleaching has same effects in causing pigmentation.

Chemicals having side effects are used in hair colour and bleaching products, these dangerous chemicals can passed on to human skin and can increase the risk of pigmentation. People loves fragrance, but if an individual has allergy or sensitive skin then it will be better to avoid using perfumed products. According to Goh, Haseeb & Sabri (2013), Pigmentation can be caused by leading poor life style. traumatic stress and Mental stress affects human skin and causes pigmentation. Due to the increase of free radicals in human body, skin pigmentation can be caused and radicals are increased when mental stress or anxiety comes out. Stated by Traub, & Spoor (2013), smoking and excessive alcohol consumption can be the reason of pigmentation, as smoking reduces the level of antioxidant from human body and provides various toxic compounds in the body. Excessive alcohol consumption is also unhealthy and affects our lever, which reduces the skin quality. Therefore, it can cause pigmentation.

Impact of undecylenoyl phenylalanine or hydroquinone in reducing pigmentation

According to Juturu, Khaiat & Deshpande (2016), Hydroquinone is used mainly as a skin-whitening component; therefore, it is also used to reduce pigmentation problems as it can lighten the dark spots and other marks due to pigmentation. Argued by Nakamura et al. (2013), this component whitens the skin complexion by destroying the pigment cells, which causes disorder in the production of melanocytes. Hence, it is true that this component is used to reduce pigmentation, but it has many side effects. According to Traub & Spoor (2013), hydroquinone decreases the production of melanocytes and increases the melanin pigment granules in melanocytes cells. Therefore, it can cause disorder in the cell production. Suggested by Bacon et al. (2013), hydroquinone may be helpful to reduce pigmentation problem, but to maintaining the effectiveness of this compound an individual has to take some precautions, such as wearing protective dress, staying out of the sun, using SPF15+ beauty products under the sun. Stated by Osborne et al. (2012), products having hydroquinone should not be applied near nose, eyes and mouth, as it can affect sensitive areas of the human skin by causing dryness, cracking and bleeding. Therefore, it is clearly understood that hydroquinone is less effective than undecylenoyl phenylalanine to reduce pigmentation.

As suggested by Robson & McCarran (2016), researchers should set an appropriate research philosophy, as the researchers have to work on various assumptions, such as nature of society that is real and nature of science that is proven logically. There are three key type of research philosophy, such as positivism, realism and interpretive. Researchers will adopt Positivism as an appropriate philosophy to carry out their research. Positivism philosophy works based on the natural phenomena and factors related to it. According to positivism, all worldly items or facts are kept in the universe and it is required to analyze those materialistic facts by using methods. This study is based on the academic studies related to the social realities. Positivism works with the concrete evidence collected from academic studies and sensory experience (Flick, 2015).

The research is carrying out by the researchers with the aim to get a suitable answer regarding the given question if undecylenoyl phenylalanine works faster and effectively than hydroquinone in the treatment of skin pigmentation. Researchers will have to compare both the compounds, based on their features. Both the chemical ingredients have some negative impacts on human skin.