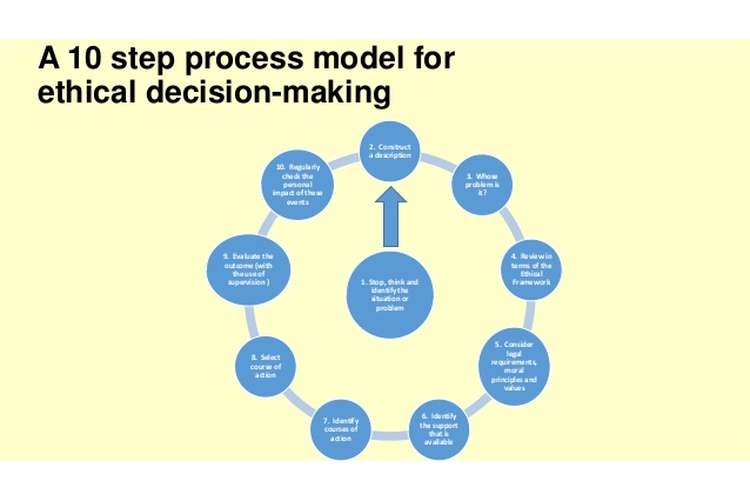 The paper will provide information regarding my feelings and thoughts in a decision-making style. I gained immense knowledge from this decision style and chose my preference of style with the help of decision preference domain. Furthermore, the paper will discuss my shadow side domain from a personality type test and also consider my mentoring-feedback session.

According to my view, decision-making styles help an individual to take the proper decision regarding any matter with the help of logic, intuition and balance procedure. The decision style instrument as project management in this study are intuition, logoc, and balance. I have learned all this decision style instrument and acquired knowledge regarding these three instruments. From this three style, I have gained that intuitive decision-making styles the style that mainly depends on the sixth sense of an individual. In other words, this type of technique based on facts, analytics and step-by-step process that composed to decide for an individual (Ko et al., 2017). While the logic type styles help an individual to provide their decision by facts and reasoning (Brown, & Daus, 2015). Besides this, balance decision making styles help an individual to identify and evaluate alternatives of any decision through proper balancing so that no one will be affected by the decision (Smith, 2017). For selecting my preference regarding decision making styles, I have learned the Bayesian decision theory which states that statistical system is necessary for making any decision. With the help of this theory I came to know about probability and costs which further help me to select my preferences in between these three styles.

After gaining knowledge regarding these three types of decision-making style I have made my preference of choosing the corresponding method. For determining this, I analyze by calculating the mean value of these three styles and comparing this values with the average, low, medium and high range of particular decision style. It is seen that in intuition style I have achieved an average mean value while in logic decision style I gained a high mean value. While in case of balance decision-making style I have learned a minimum mean value that represents a medium rating from all costs. Hence from this analysis and learning skills, I can say that logic type of decision-making styles help me to take any decision with qualitative techniques, logic, and rationality so that I can select the best solution for the problems.

From these three decision-making styles, I prefer mainly the logical or rational style of a decision. To determine my decision preferences a diary has to make where thoughts and feelings regarding each style have been written (Dabi?, Tipuri?, & Podrug, 2015). According to my learning ability, I gain that before taking any decision people have to think about it several times. In my view making a harsh decision regarding any matter becomes very difficult, so I prefer mainly that decision that looks right, but that does not feel right. If some situation arises where I have to give my choice regarding any tricky matter, then I will prefer that decision which looks right avoiding the decision that feels right.

In other words, being a confident person, it is necessary for the person to trust own guts feelings in concerning any decision (Rezaei, 2016). So before making any decision on the tricky matter, I believe my gut feelings and think logically about that facts. Although in some situations I failed to take the correct decision, so some of my fellow students do not encourage my logical decision-making process while some students encourage me because I decide by facts and logic. As I can describe my decision logically through events, so it became more comfortable for me to justify my choices to others. In my view emotional responses always weak a person decision-making ability so when with problems I prefer to keep calm and quiet so that I can take the right decision by keeping aside my emotional responses.

In other words, the sixteen personality test that also known as ENFJ Personality of the MBTI test help me in determining my shadow side. For deciding this extreme behavioral type in concerning to four scales of rating are taken (Elbanna, & Elsharnouby, 2018). From this scales, I can gain an idea about my interpersonal qualities, communication style, information processing, and decision-making preferences. The scales of this extreme behavioral types are extraversion (E), introversion (I), Sensing (S), intuition (N), thinking (T), feeling (F), judging (J) and Perceiving (P) and all their values are determined by high, medium and low quantity (Dadkhah, Hui, & Jenatabadi, 2014).

After analyzing these scales, I have seen that my shadow sides are located on ESTJ side while another team of the scales value is quite impressing. From this scale, I came to know that my interpersonal and communication styles are right while I feel problem in taking quick decision and information processing. In other words, I have noted a difference in marketing communication styles while judging someone and perceiving someone’s knowledge. I have noticed in myself that while judging about another's opinion, I feel shy to communicate whereas while gaining or observing any knowledge I can communicate freely with others. Hence from this, I am clear about my shadow side, and I have to improve in this side so that in future I might not face any difficulty while taking any critical decision.

It is recommended that after an interaction regarding my problem with my mentor-partner, the feedback given by him is helpful for me to improve my situation and to solve my problem both. In other words it is recommended that the feedback from the mentor is an important aspect of improving and developing a person's opportunities and decision-making process respectively.