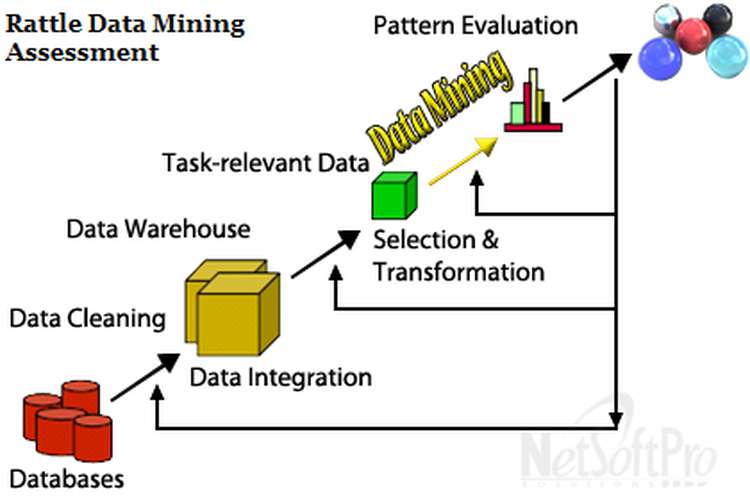 This is a solution of rattle data mining assessment in which discuss identification of five key variables contributing most to survival rate of passenger, Role of quality of data in order to ensure proper data warehouse architecture, the titanic uses a decision tree model in rattle data mining tool.

Sinking of Titanic boat was one of the most famous phenomenons which have created one of the most memorable historic events. There were so many passengers travelling through Titanic boat and some of them could survive while other lost their life. In present paper we would try to analyze survival rate of the passengers travelling through Titanic boat, factors which were of immense importance in determining their survival and developing a predictive model in order to determine chances of survival for the passengers based on specific variables.

Present paper would make usage of data collected for passengers in form of their age, sex, pclass, number of siblings in boat, number of parents in boat, body identification number and passenger fair etc. Rattle data mining tool would be used in order to analyze the data with specific tools such as correlation, decision tree and principal component analysis etc. These tools would be helpful in order to find out the variable of importance for the passengers which are helpful to ensure higher survival rate for the passenger. Further predictive modeling would be done based on the decision tree so that a model can be developed in order to predict whether under given circumstance a particular passenger would have survived or not.

2.0 Identification of five key variables contributing most to survival rate of passenger

Identification of the five key components contributing to the survival rate of the passengers for Titanic can be identified with the help of principal component analysis which can be carried out with the collected data. Using principal component method with the rattle data mining tool along with correlation analysis below output can be obtained: 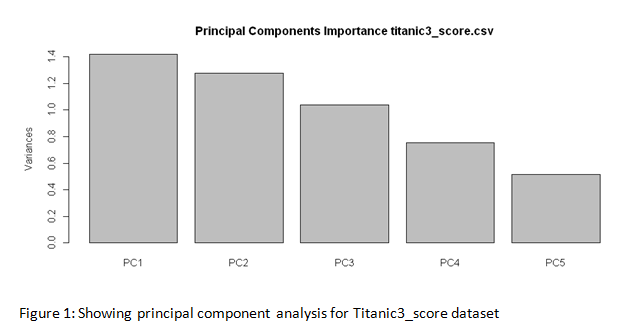 Table 1: Showing the principal component analysis in terms of standard deviation and variance 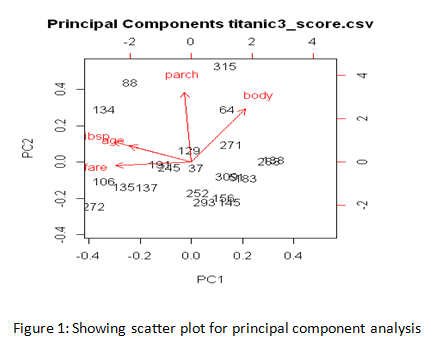 The five components identified above have high degree of relevance among them as well which can be found out through correlation analysis as given below: 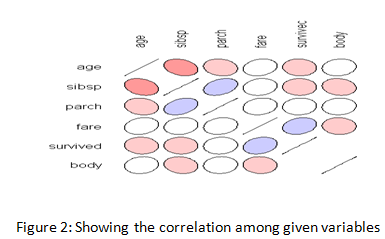 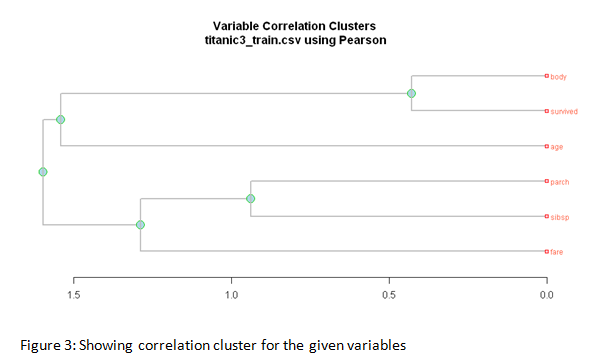 3.0 Building a model for predicting survival of passengers on the titanic uses a decision tree model in rattle data mining tool. 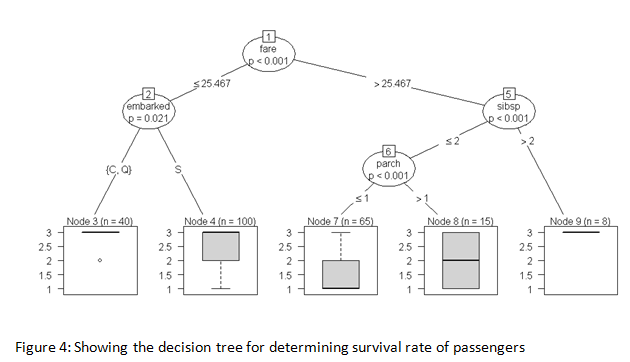 The four variables which are playing the important role in determining the survival chances of a passenger through Titanic boat have sub category in them which are of particular importance. First variable named passenger fare which is the fare paid by each of the passenger have two sub categories which are more than 25.467 and less than or equal to 25.467. Based on these two fare values chances for the passenger survival would vary as passengers paying higher fare would be having higher degree of probability for survival against the passengers paying lower fare and having lower degree of survival chances in the Titanic (Weiss and Indurkhya, 1998).

Decision tree made in order to provide predictive modeling for the passengers of Titanic has lead to development of different leaf nodes which would decide the chances of survival for any passenger based on the importance factors. As evident from the above figure that there are basically five nodes formed in the analyses which have been given number as node 3, 4, 7, 8 and 9. Each of the nodes represented in the above figure gives varying degree of prediction regarding survival of a passenger in the boat. Each node has been formed as a result of the combination through variables which are important in order to determine the survival rate of the passengers.

For each of the node given in the analysis probability of passenger survival can be determined through underlying variables and below description gives the analysis for each node with prediction regarding survival of the passengers:

Node 8: Node 8 has the prediction of highest chances for the survival of the passengers through underlying variables forming the node. There would be 15 sample data which are qualifying the node 8 and would be treated as survived as per the analysis carried out. Node 8 represents the passengers who have paid higher than 25.467 of passenger fare, having less than 2 siblings and more than 1 parent/children boarding in the boat. Survival chances for these passengers would be highest among all the passengers as given through predictive model developed in the context.

Node 4: Node 4 is the second node with highest probability of passenger survival as per the given variables of combination in order to define the survival rate of the passengers. Node 4 represents a set of 100 passengers who have paid passenger fair less than 25.467 and having port of embarkation as Southampton.

Node 7: Node 7 represents a set of 65 passengers boarding the boat with specific characteristics such as passenger fare greater than 25.467, less than or equal to 2 siblings in the boat and less than 1 parent/children boarding the boat. After Node 8 and Node 4 passengers encircled in node 7 are having highest degree of survival chances in comparison to adjacent nodes.

4.0 Role of quality of data in order to ensure proper data warehouse architecture

Believability of the data warehouse architecture signifies the reliability of the data so that data results outputted through warehouse architecture can be easily believed upon and can be used for the analysis purpose. Finally quality of data can be used in order to ensure the validation of data which comes through validating the data contained in warehouse structure with desired set of data. Validation of data can be ensured through high quality of data only (Kumar et al, 2005).

5.1 Creating report with store values in each quarter of 1998 across country and states and comment on the critical trends observed. 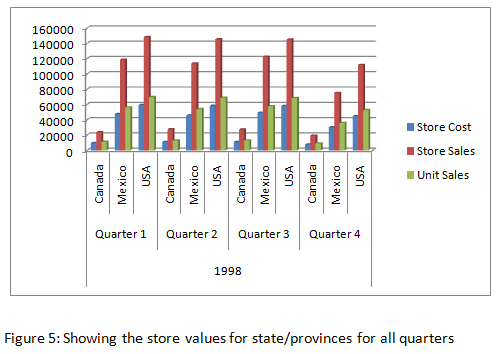 Table 4: Showing the store values for state/provinces for all quarters

Table below provides the product category and sub-category for the unit sales in various countries and state/provinces for breakfast. From the below graph it can be clearly determine that Cereals is having the highest sales followed by the Waffles, pancake mix and pancake. Among the three selected countries USA has highest consumption of breakfast food followed by Mexico and least consumption in there is Canada. Among each kind of sub category USA has the highest consumption for cereals followed by waffles, pancakes and pancakes mix. Among all the sub categories and countries cereals in USA is the sub product category which is highly consumed by the customers. 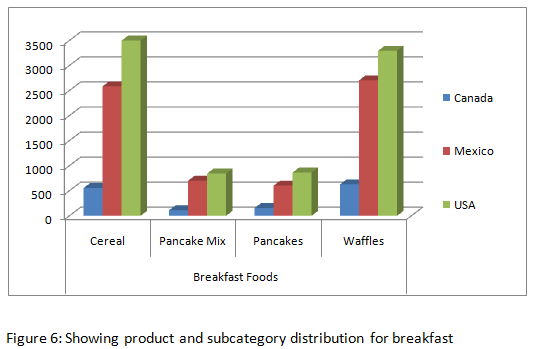 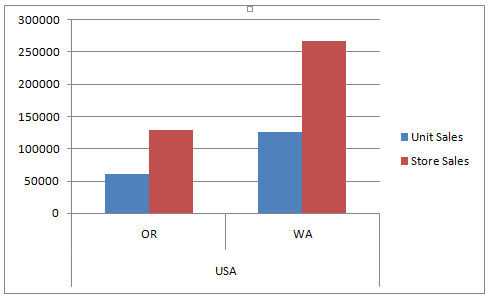 5.4 Creating report with product categories of beer and wine and their product sub categories by order of unit sales and comment on key trend observed. 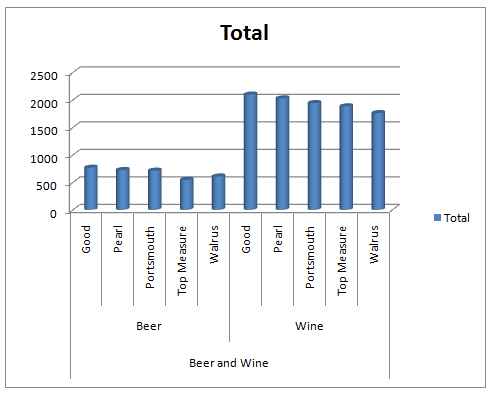 Present research work has been carried out in order to analyze the survival rate of passengers boarded in Titanic with help of data collected.  There were more than 2200 people present on the ship when it meets with a collision with an ice berg. In this disaster a total 1400 plus people died and only 700 people were saved. Data analysis was done to assess the probability of saving for a passenger who was aboard on titanic through data mining.  There were many variables which impacted the survival probability of a passenger like their ticket category, age, sex, identification status etc.  Data analysis done through rattle data mining tool has been used with specific data mining technique such as principal component analysis to determine which factors are of ultimate importance, correlation to find out value of correlation between two given variables and decision tree to develop predictive modeling for the passengers of Titanic. From the principal component analysis it was found out that five variables which are of ultimate importance are number of sibling boarded, no of parents boarded, passenger fair, embarkation.