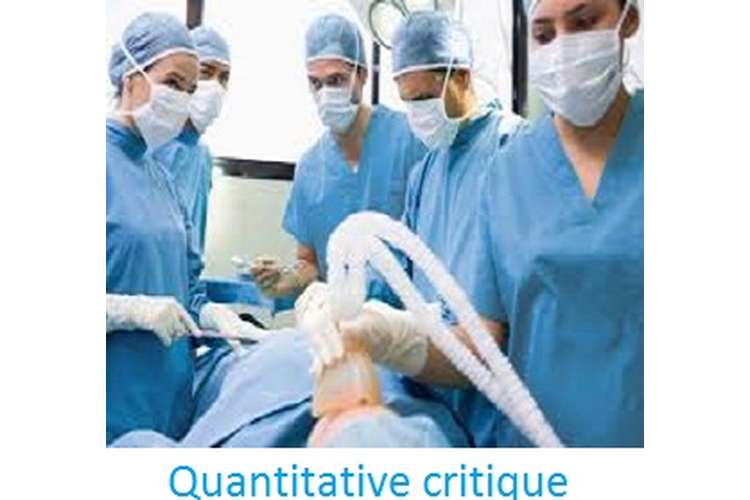 This is a solution of Quantitative Critique Assignment Help in which we discuss nursing responciblity of medical emergency and it is important to nurses to understand clinical  deterioration in the patient who are admitted to general ward.

The title of the research paper that has been selected for the quantitative critique is “Factors influencing nurses’ decisions to activate medical emergency teams”, which has been written by Pantazopoulos et al.( 2012).  The main of this research paper is to evaluate the relationship between the demographics of the nurse and the identification of the clinical situations correctly, which requires definite nursing actions and needed to activate the medical emergency team. It is important for the nurses to understand the clinical deterioration in the patients who are admitted to the general wards. The main findings of the research paper suggest that the actual activation of the medical emergency teams are influenced by the various factors such as the education level of the nurses present at the situation and the attendance of the nurses of the cardiopulmonary courses. Those nurses who have passed the four-year graduation program have significantly higher rate of the identification of the clinical situations which requires the attention of the medical attention teams.  These nurses also have a higher score in the questions related to the clinical evaluation when compared to the nurses who have passed the two-year graduate program. The main limitation of this research study is that very less number of respondents were used which has made it difficult to extract the universal conclusion. 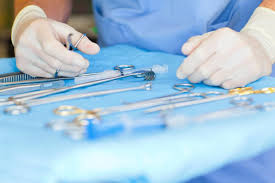 The literature review has been presented with in the background chapter of this research paper. Through the literature review the researcher has been able to substantiate the claims made by him in the research study and sufficiently justify the purpose of his research study. In the research study first the author has first described rise in the number of deaths in the recent times due to the uncorrected physiological abnormalities, which has prompted the setting up of the modern medical emergency systems. In this chapter the author has given brief description of the cause behind the significant deterioration of the physiology. The author claims that if the abnormal physiology is not treated then could lead to the development of the cardiac arrest. The author points out that the nurses in the general wards have the responsibility to activate the emergency response system. Further the research stated that in the recent times it has been found that the existence of the MET (medical emergency team) is related to the reduction in the rates of the cardiorespiratory arrest outside the intensive care unit. The author gives an example of Greece and how the emergency response system works and what is the role that is played by the nurse in activating the MET. The author mentions that the factors which have an influences over the decision of the nurses to activate the MET has not been investigated properly by the earlier researchers. The researcher points that in the different research studies have stressed upon the measurement of the vital body readings like the blood pressure, heart rate, temperature, respiratory rate, level of consciousness and oxygen saturation that so that the early detection of abnormality is possible (Pantazopoulos et al., 2012). He also notes that the earlier research studies found that the early recognition of the clinical deterioration signs and the providing proper intervention is the main aim of the doctors to prevent cardiac arrest. The author also figures out in the literature review that the rate of occurrence of the severe psychological abnormalities is about 60% and Nurses are mainly responsible for the early detection of the clinical condition of the patient and call for an expert help. On the evaluation of the earlier research studies the author found that the through the intervention of the expert it is possible to reduce the chances of cardiac arrest by 33.8% for adults and 37.7% for children. Though the author has not dwell into much detail of the methods that has been used to obtain the results the author has failed to analyze the strengths and the weaknesses of the earlier research studies objectively. The literature that has been chosen by the author is relevant to the topic of the research and the review of the literature has helped the researcher to form the progression which has been carried out successfully throughout the study.

The authors associated with the research study has selected the quantitative research design in which 13 multiple choice questions has been distributed among 150 random nurses working in general medical and surgical wards of a large tertiary hospital in Athens, Greece. When the authors explained to them the purpose of carrying out the survey around 94 nurses agreed to respond to the questionnaire. Thus it can be said that the response ratio of the nurses is around 62%.  The authors have followed the descriptive research design. In this research study, there was no attempt made by the authors to manipulate the attitude of the nurses towards the importance of their level of graduation and the attendance of the cardiopulmonary courses that has been attended by them. The authors have used the three-page questionnaire for the survey and the questions were derived from the European Resuscitation Council (ERC) Guidelines for Resuscitation 2005. The questions follow the ABCD approach so as to test the knowledge of the nurses about the airway, breathing, circulation assessment and the level of consciousness of the patients (Pantazopoulos et al., 2012). In order to attain clarity in the answers, the questions were rephrased when the respondents could not properly understand the question. The design of the questions were such so that they are able to collect the data regarding the demographics of the nurses, the criteria on the basis of which the nurses evaluate their patients and then assess the relation between the demographics of the nurses and the criteria that is being followed by the nurses for the activation of the MET. The questionnaire is divided into three parts; the first part comprises of nine questions which are based on the demographics (sex, age, education, job title, the area of expertise, marital status and training in resuscitation courses) of the respondents.  In the second part of the questionnaire, there are thirteen questions which are in the format of yes/no and one of the questions was based on the frequency in which the nurses measure the vital signs of the patients. The reliability of the questionnaire was established through test and re-test method. Through the adoption of the stratified random sampling method, the author was able to get a more representative sub-set of the population and hence the findings of the research study are applicable to a much broader community. The method that has been utilized by the researchers have been very clearly laid out in the research study ensuring that theresearch methodology will be able to replicate itself very easily.

The response ratio of the research study was about 62%. Those nurses who did not participate in the research study were excluded from the study. Though all the participants recorded the vital signs of the patients about 43% of them recorded the signs per hour. The vital signs recorded frequently are in the ordering temperature (98.9%), blood pressure (92.6%), the oxygen saturation and the heart rate were recorded at 65 and 59.6% respectively. About 68% of the nurses evaluates patients on the basis of the ABCD approach. Further, it was found that those nurses who have passed the four-year graduation program have significantly higher rate of the identification of the clinical situations (p = 0.031) which requires the attention of the medical attention teams (Pantazopoulos et al., 2012).  These nurses also have a higher score in the questions related to the clinical evaluation when compared to the nurses who have passed the two-year graduate program. The results provided in this research study are clear and easy enough for the audience of this research study to understand.

Thus overall it can be said that those nurses who have passed the four-year graduation program have significantly higher rate of the identification of the clinical situations and the findings are consistent with the earlier research studies. This research study has given a holistic view of the situation and more detailed answers are provided by this research study. All the information that has been obtained through this research study will help to expand the present knowledge on the topic.

The major limitation of the research study is that very less number of respondents was used which has made it difficult to extract the universal conclusion. There is a need for further examination to address the complexities that arise due to the morality and the cost of hospitalization with the decision to activate MET.