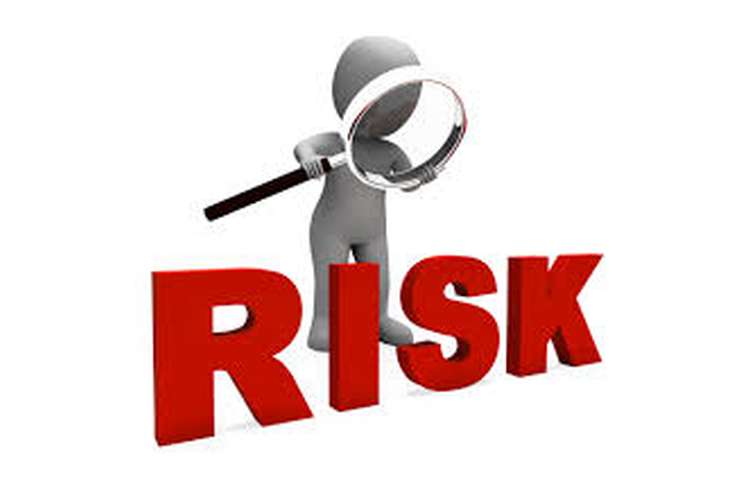 This PUN 467 risk assessment assignment is aiming to conduct a detailed risk assessment of a home’s drinking water supply which is suspected to be contaminated by a recent pest control activity done for controlling of termite activities in the basement of house. Risk assessment is very important in such situation because on the basis of risk assessment it can be verified if water supplied from the sources which are suspected of contamination are fit for drinking as per the standards of water supply in Australia. This assignment is a secondary research assignment which is going to undertake an extensive literature review using online data bases, previously done researches, criteria issued by department of public health and safety in Australia, online publications from reliable websites, newspaper articles and peer reviewed literature etc. risk assessment activity is a complex and long process which requires an assessor to conduct a multistep assessment and take all precaution to avoid under or over assessment of risks. 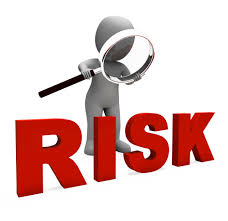 A member of the public has contacted their local public health unit to complain of a chemical taint in their drinking water. The person lives on a semi-rural property on the outskirts of a major city and their only drinking water comes from two underground tanks that have a capacity of 5000 gallons each. These tanks are filled by either rain water or water brought in by tanker truck. About two weeks prior to contacting the public health unit the homeowner had extensive pest control treatment of the house for termites. An officer from the public health unit investigated the matter and obtained three water samples. These samples were then tested by the government laboratory and the following results obtained:

On questioning the pest control operator, it was found that the pesticide bifenthrin was used for the chemical barrier treatment for termites. Thus, it would seem that the underground water tanks were breached in some way and that the pesticide was able to infiltrate the tank water. Based on these results, the homeowner is worried about the potential health effects on her four small children (all under the age of 6) and has therefore asked for advice on whether the water is safe to drink. As you are the environmental health risk assessment specialist for the public health unit, you have been asked to undertake a risk assessment of this situation.

1. To assess the impact of present levels of bifenthrin in water tanks
2. To identify the risk on the health of individuals who are going to drink the water from underground supply which is suspected to be contaminated
3. To conduct a comparative analysis between the recorded level of bifenthrin in water and acceptable limit issued by the department of public health.
4. To demonstrate different steps taken in a risk assessment process and their logical flow which is going to provide a objective and unbiased assessment of risk.

Risk assessment can be explained as a step by step procedure followed which forms a critical level inrisk management process. In a risk assessment process hazard is properly identified and then it is critically evaluated for its severity and probability of causing damage to human health and property, in this case risk assessment would be done in context of health of human and impact made by bifenthrin on it.  In risk assessment procedure is always considered that whether Risk assessment is the determination of quantitative or qualitative value of risk related to a concrete situation and a recognized threat (also called hazard) or not.

Issue in this case scenario is presence of a higher than acceptable limit of bifenthrin in drinking water supply in a Australian house hold, this water is supplied through under water tanks which are filled by public water distribution system. Recently foundation of the home was treated by a pest control company for termite control. During this procedure a chemical pesticide by name bifenthrin was used frequently and it is evident that pest Control Company was not able to manage the chemical properly and it contaminated the water supply of house hold. This house hold has 4 children of 6 years and below age and owner of house hold is seriously worried about the presence of chemical Bifenthrin in their water supply and its impact on the health of entire family.

First step of risk assessment which is hazard identification was done by conducting an extensive review of articles and previously done researches. All the literature collected for hazard identification is authentic in nature and only identification is done on the basis of properties. There is no assessment or level of risk in first step of the risk assessment. This entire procedure is a logical flow where first step is ensured that what is the hazard. In this case scenario hazard which is identified in presence of bifenthrin a pest control chemical which is generally used in termite control in drinking water supply of a resident living in sub urban region of a Australian city. In hazard identification process it is identified that the actual or potential hazard of a chemical or a pollutant. This entire study revolves around the potentially harmful effects of bifenthrin especially in context of children below age of 6 years. The reason why bifenthrin is identified as a potential hazard because previously done research studies indicated it as a hazard and local people are apprehensive about the odour and presence of bifenthrin in their food, water supplies or in any form in their neighbourhood. In many medical literatures bifenthrin is marked as a toxic substance which might have adverse effects on human health.

Bifenthrin is a white waxy substance in appearance which is majorly insoluble in water. Bifenthring belongs to the pyretrhoid family of insecticide and it is a chemically synthesized product. It is primarily used for prevention and control of termites and red ants and it acts by paralysing their nervous system completely. Its usage is restricted in Australia and it is only available in low concentration products over the counter as a insecticide.

Physically this chemical appears to be a white and waxy substance which is solid in nature and it has a very distinctive sweet smell. It is poorly water soluble and it is primarily present in soil because it is used as a insecticide and pest control chemical at foundation of houses. Its half life in soil is for a period of 7 days to 8 months depending upon the type of soil, its chemical constituents, ph and ability to degrade a chemical compound. Bifenthrin is the chemical compound which has longest half life period in soil. Physically this product is no where available naturally and it has to be synthesized chemically.

Chemically this product belongs to pyrethroid family of insecticides which all belong to Chiral chemical group. In a chiral group a chemical have different enantiomers and each enantiomer have a different effect on humany body. This is the signature property of chiral group chemicals. Bifenthrin is available in 2 enantiomers forms chemically; they are 1S-cis-Bifenthrin and 1R-cis-Bifenthrin. Chemically 1S-cis-Bifenthrin is 300 times less effective as a pesticide in comparison to 1R-cis-Bifenthrin, while it is 3-4 times more toxic to humans on accidental consumption.  IUPAC name of Bifenthrin are :- 2-methylbiphenyl-3-ylmethyl (1RS,3RS)-3-[(Z)-2-chloro-3,3,3-trifluoroprop-1-enyl]-2,2-dimethylcyclopropanecarboxylate and  2-methylbiphenyl-3-ylmethyl (1RS)-cis-3-[(Z)-2-chloro-3,3,3-trifluoroprop-1-enyl]-2,2-dimethylcyclopropanecarboxylate. Its chemical formula is C23H22ClF3O2.Its solubility in water is .1mg/litre and its molar mass is 422.87 g mol−1. Chemical structure of Bifenthrin is as follows:- 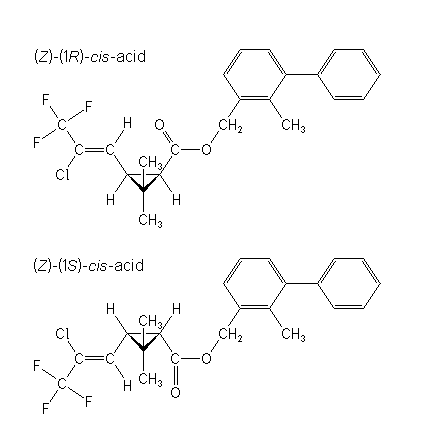 Parent group of bifenthrin i.e pyrethoroids have two different subtypes namely alpha cyano group present pyrethoroid and alpha cyan group absent pyrethoroid. Bifenthrin belongs to the missing alpha cyano group of pyrethoroids. On a comparative analysis toxicity of alpha cyano group missing pyrethoroids is less and their effect on humans is even lesser because of their low affinity towards sodium channels. Many studies are conducted to assess the half life period and other details of bifenthrin but it is largely dependent on the type of soil, chemical composition and Ph. In such situation its half life can be anything from 7 days to 8 months. Absorption of bifenthrin is very low from skin and other routes of absorption in humans. In rats biifenthrin was observed to be absorbed slowly from skin as well as GI tract. In a study observing in vitro dermal absorption, radio-labelled bifenthrin in acetone was applied to dermatomed skin from human cadavers. When the skin was washed with soap and water 24 hours into the exposure, 71-83% of the applied dose was removed.

Water solubility is also .1 mg/litre which are very low. Water contamination of this chemical is very limited as product itself is hydrophobic and it is also available in very less quantity in gases form because product is non volatile in nature. Contamination of water is generally seen because of its direct contact with the soil containing bifenthrin. Further bifenthrin is much less toxic in mammals in comparison to fishes and insects because mammals have the unique capacity to rapidly break the ester bonds of bifenthrin and degrade it into inactive acids and alcohol components. Cytochrome p 450 primarily takes care of biodegradation of bifenthrin in human body.  Metabolism also causes formation of oxidation of the resultant alcohol which is seen in first metabolisma nd them this alcohol is oxidized into acids. Bifenthrin produces characteristic type-I pyrethroid neurotoxicity in short-and long-term studies. Clinical signs of neurotoxicity such as tremors were observed in many studies. On different species effect of Bifenthrin is different so its lethal dosages are also different. Here is a chart representing different lethal dosage of bifenthrin in different species.  In a study where female rats were fed 0.5 mg/kg/day of bifenthrin for 70 days, clearance half-lives were estimated after dosing was discontinued. Half-lives were 51 days in fat, 50 days in skin, 40 days in the ovaries and sciatic nerve, 28 days in the kidney, and 19 days in the liver.

On assessment of technical fact sheet it was observed that bifenthrin is mainly stored in fat and skin of a human and that too in very less quantity. Highest residue which is found in fat is 1,7 ppm and highest in skin is .4 ppm. Considering these dosages it can be said that bifenthrin is rapidly distributed and rapidly eliminated from human body leaving very less amount of residual chemical in tissues.

Elimination of bifentrhin is primarily done through faeces in human body. Approximately 66 percent of total ingested amount is excreted through faeces while 20-30 percent through urine within 72 hours of ingestion.  Metabolism of chemical is done in liver and its excretion is through urine and faeces.

Carcinogenicity of Bifenthrin is not yet fully certified or proved. The U.S. EPA classified bifenthrin as a Category C, possible human carcinogen. This rating is based on an increased rate of urinary bladder tumors in mice, adenoma and adenocarcinoma of the liver in male mice, and bronchioalveolar adenomas and adenocarcinomas of the lung in some female mice. Presently there are no reliable data available on carcinogenetic assessment of bifenthrin on human body. It might be a possibility that in very large dosage exposure for a long period of time makes a human susceptible towards some carcinomas.