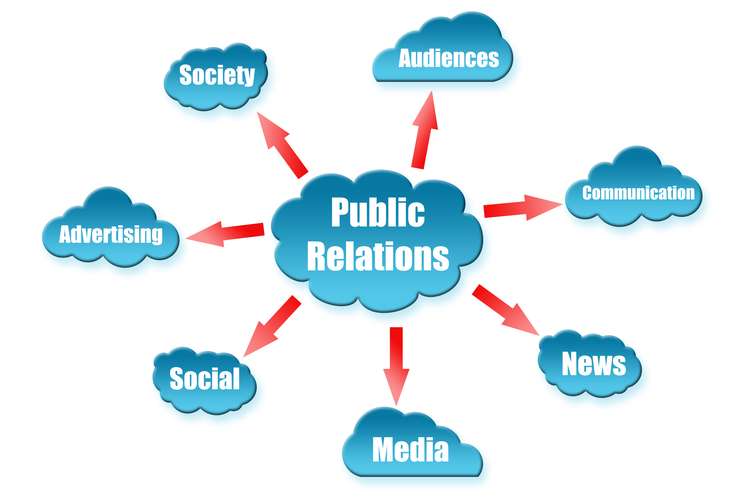 Ethical issues and banks have a longstanding relation as it is very important for a bank to maintain its ethical value and represent well in the society. The Commonwealth Bank of Australia, also known as CBA is one of the major multinational banks of Australia that provides a variety of financial and broking services to the people (Grunig 2013). Being the largest Australian listed company, the bank is bounded by employment law and ethical considerations to maintain its value and be the bank that everyone can trust. The maintenance of the ethical issues will also positively affect the PR of the bank and maintain its balance in the stock market. The following report analyses the repeated scandals of CBA in the PR theory and practise with the stakeholder analysis. The following paragraphs highlight the stakeholder analysis, impact on image and branding, existing barriers, role of PR and press release to the shareholders. The recommendations are also being given at the end of the report.

Public relations is defined as the strategic management of the various forms of communication between the organizations and the general public which are mutually beneficial in the cause as well as the maintaince of their image in the public. According to Dozier, Grunig and Grunig (2013), the work of the public relation of any organization in the bank is to make sure that the image of the organization is built, enhanced as well as protect the reputation in the major span of time. The Commonwealth Bank of Australia has a number of scandals related to money laundering and frauds within the governance of the bank which can be analysed by using various PR theories and practises. The whole issue of scandals can be analysed with the PR theories like the Systems Theory and the Situational Theory (Theaker 2017). The Systems theory is the public relation theory that is involved in the understanding of the relationship between the organization as well as the public whereas the Situational theory of public relations is to maintain the communication between the public and to make sure that their public relation statement are being assessed by the analytical mode of communication.

According to the scandals of the bank, one of the probable causes for the money laundering is the defaulted ATM machines as well as the terrorism financing scandal is the lack of proper guidance in the matters of the financial matters (Hendrix, Hayes and Kumar 2012). The lack of proper working of the ATM machines made sure that the amount of deposits in the bank exceeded the amount of the allocated ones. The terrorism funding of the bank in terms also made sure that the image of the bank was tarnished.

According to the case opinion of Sheridan and Jang (2012),the ATM of the bank accepted anonymous money deposits and withdrawal in whatever fashion and in research it was found that some of the money also went to the terrorist funding which also made the whole image of the bank go withered in the concerned span. Some of the people associated with the bank were terrorist funders that damaged the bank as well as the people associated.

According to the PR theories which dealt with the image funding as well as the consideration of the relation between the parties associated with the case (Pearson 2017). According to the PR theories and practises, the bank is vouched against the terrorism and is expected to act accordingly and in an ethical way which is needed in all organizations.

Stakeholders of the bank are those people who are associated with the bank in both bad and good times and are responsible for the working of the bank both in financial and non-financial terms. The bank has a number of stakeholders who are affected by the scandals which are as follows –

The money laundering scam which is one of the prime scams and scandals of the bank in the recent times has impacted the customer satisfaction level and also the working of the brand by the customers of the bank. In addition according to Botan (2017), the impact of the scam on the customer footfall is also negative to the fact that not many customers are opening account in the bank and also are not recommending which affects the business and thereby the profit of the bank in the longer period of time.

Analysis of existing barriers at Commonwealth Bank of Australia

There are a number of barriers that are present in the Commonwealth Bank of Australia which can be seen as a hindrance to the working of the bank in one of the major ways in all times. The barriers of the bank are all related to the unethical practises that are present in the bank and also to the recent money laundering and terrorism funding scam that has affected the working of the bank in major times (Johansen, Aggerholm and Frandsen 2012). The analysis of the existing barriers of the bank can be seen in both the in-house governance of the banks as well as the to the external circumstances which are as follows –

One of the major barriers to the Commonwealth Bank of Australia is the barrier to a technological development that has caused the malfunctioning of the ATM machine in the bank and also to the fact that the technology of the bank should be improved to have the required amount of the holding of the customers.

Another existing barrier of the bank is the lack of proper public relationship management of the bank which has affected the reputation as well as the branding of the bank in all the major stocks of the country (Kunczik 2016). The bank which was amongst the top banks of Australia and had a decent position in the country fell drastically into the bottom and made a potential barrier.

The third barrier of the bank is the lack of ethical consideration that is there in the bank in the potential amount of time. The bank being one of the potential places of trust for the customers as it handles their financial security proved to be a barrier as the bank faced issues regarding the ethical behaviour.

The fourth barrier of the bank is the attack of malpractices and people who are not loyal to the bank and were involved in the money laundering and terrorism funding scam in the required period of time (Cutlip 2013).

All these barriers of the bank made the bank have low value in the overall financial market and also to make sure that the customers of the bank have less trust which affects the bank majorly in a number of ways. The crisis of these banks should be managed by both the internal technological and governance changes and also the PR betterment to renew their image in the minds of the customers.

Role of PR in managing these crisis

One of the major roles of the public relations in the crisis management of the bank is the to justify the deeds that are being performed by the bank in the concerned amount of time. The fraud that is being adhered to the bank for the Commonwealth Bank of Australia desperately needs a public relations management that will help the bank to maintain its brand image in the minds of the public (Culbertson and Chen 2013).

Another need of the public relations is to maintain the goodwill of the bank in the public eye and also to have the required amount of the trust from the public in the concerned amount of time. The major public relation management of the bank is determined by the fraud management of the bank. Commonwealth Bank of Australia has been accused to fund terrorist activities and also to launder money in the concerned time for which they were fined. According to Pearson (2016), the people who were engaged in the case had to face implications which made it a point for the public relations manager to have a look at the case and find ways to give the bank a cleaner appearance (Culbertson and Chen 2013).

The public relation management of the bank also help the bank to make sure that their names and brandings are not affected by the bank in the given period and they have their business and customer value intact.

Press release to the shareholders

The Commonwealth Bank of Australia is deliberately adhering to all the shareholders to assure that they are not involved in any form of malpractice in relation to the money laundering scam and the funding of the terrorism act in any way possible. The bank is an active participant of all the welfare activities of the countrymen and strives to make sure that they are positively impacting the society. The monetary as well as the financial matters of the customers are taken as priority and any discrepancy in the matters are strictly seen and monitored. Each and every person of the bank involved in any sort of malpractice are punished with legal help to maintain the loyalty with the customers. Due to some of the unethical people involved in the banking authorities, the bank was scammed to be involved in the unlawful activities for which serious actions have been taken and ensured that further such instances would not be tolerated. The press release of the bank is to assure the customers and the shareholders that all their money are safe and they can maintain their loyalty which is of prime value for the authorities.

Recommendations to become ethical and increase the CSR of organization

At the end of the analysis, it can be said that the public relations of the bank is of utmost importance if the ethical issues as well as the scandals of the concerned bank are to be analysed. The Commonwealth Bank of Australia is one of the major banks in Australia which faced a number of ethical and loyalty issues and its overcoming of the senses is being described in the above paragraphs. The pubic relation of the bank is to be maintained so that the customers of the bank are not diverted and their image and branding are not hampered in any sense. The importance of public relations and the way of the bank to make sure that the bank has ample customer level involvement has been discussed in the bank.