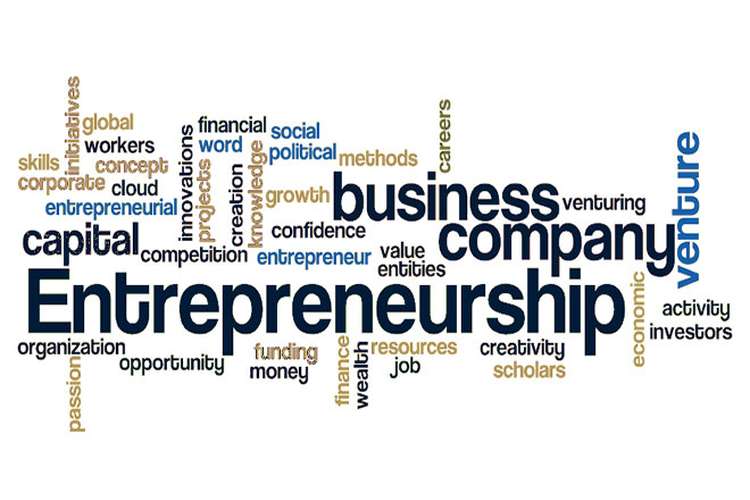 IndianInformation Technology Industry has two major components: IT Services and BPO (Business Process Outsourcing) services. From a contribution of 1.2% in FY1998, this sector has grown to contribute 7.5% of the GDP in FY 2012 (IBEF Report, August 2013). This has also led to India having closer economic ties with USA and the European Union. This industry is led by the major players: Tata Consultancy Services Limited, Infosys, Cognizant Technology Solutions, Wipro Limited, HCL Technologies and Accenture

We would discuss Infosys – its company overview, position in market, business strategy, competitive scenario and future strategy in detail in this report.

Infosys was established in 1981 by seven engineers after they had quit from another leading IT firm in India. Since then it has grown and has diversified it business across verticals and geographies to become one of the leading IT companies in India now providing It and business solution across the globe with operations in more than 50 countries. 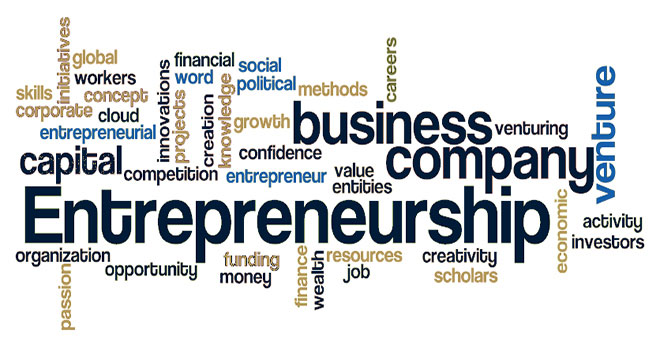 Infosys has come up with a new business strategy, Infosys 3.0 which is not working too well for them and also with the arrival of Mr. S.D. Shibulal as the CEO in April 2011, the company is facing heat with weak leadership. Infosys now would need to adopt one of the two alternative strategies or a mixed option of some elements of both to get over this slow period and enter fast growth mode.

The strategy suggested involves Integrating Solutions, cutting margins and focusing on Innovation in services OR Inorganic growth, focus on innovation through new technology. Another option is a combination of both of these strategies which would mean focusing on new technology and innovation, acquiring new companies in different regions and maintaining client relations to increase the magnitude of repeat business.

This PRT503 entrepreneurship assignment samplewould discuss the current scenario of Indian IT industry, position of the big players in this industry and their future strategies. It will also discuss the current issues faced by Infosys and the solutions for the same. The scope also includes the selection of an ideal business strategy for Infosys to overcome this slow growth period.

Since only data available to public can be used, this report would be based on secondary research on Annual Reports of companies, articles by newspapers, financial websites, third party industry and company reports and data available on the internet.

It follows a hierarchicalorganization structure. The major products for this company are mainly providing IT services and consulting to its clients. The clients are all over the globe and the company follows a global delivery model in order to meet clients’ demands on time.

Lately, the company is facing slowdown due to global recession as well as strong competition from peers like Cognizant Technologies and Tata Consultancy Services. Company is also facing steep attrition and is not able to retain its top talent; even the top leadership is not stable at present.

Out of the 69 sales offices, Infosys has 2 sales offices in India and the rest 67 outside of India. Also, out of its 87 global software development centres 32 are in India and 55 spread outside India. It has made 4 major acquisitions since 2003 (Infosys Annual Report FY 2012-13). The major initiatives by the company are:

Infosys Foundations: Infosys Foundations was established to support the underprivileged sections of the society by Infosys in 1996. This foundation is related to programs regarding Education, Health care, Rural Development, etc. It was incorporated first in Karnataka and then was extended to Tamil Nadu, Andhra Pradesh, Maharashtra, Odisha and Punjab (Infosys Annual Report FY 2012-13).

Infosys Labs: Global Innovation Hubs and Research Labs have collaborated to organize Infosys Labs. In addition to the collaboration with these labs, Infosys Labs works in association with many universities across the globe (Infosys Annual Report FY 2012-13).

Infosys Prizes: This is an annual award which honours scientists, engineers, researchers and social scientists in India given away by the Infosys Science Foundation, set up by Infosys in February 2009 (Infosys Annual Report FY 2012-13).

In 1981, Infosys was started by seven engineers with the aim of building and implementing great ideas that enhance lives through enterprise solutions and drives progress for clients.

Infosys believes that its responsibilities extends beyond their business also which led to the establishment of Infosys Foundation. This is main reason for behaving honestly and ethically with all its stakeholders (Infosys Annual Report FY 2012-13). The vision statement of the company is:
"To be a globally respected corporation that provides best-of-breed business solutions, leveraging technology, delivered by best-in-class people."

According to the annual report of Infosys, FY 12-13, the mission of Infosys is to deliver greater value to their clients and stakeholders. This tireless commitment to new ideas is in their DNA. Infosys – Is a company of relentless innovators on a mission.

To analyse the external factors that can impact Infosys, we have done PESTLE analysis:
Political Stability

Companies have now been focusing on energy conservation, reducing their carbon footprint, water utilization, paper recycling, etc. to help and make their contribution for the betterment of the society.

Thus, this analysis shows the factors that would impact the condition of Indian IT companies and how Infosys can build strategies to make its way to be the leader of this industry by reading these factors in its analysis

Thus, the biggest market for Infosys in North America and with the economy reviving in the country, it is expected that the next year would be even better in revenue than this year. 97.8% business was derived from repeat customers and only 235 new clients were added to the portfolio, which means that there is a need to focus on new business acquisition and the Business Development team has to really start generating some results in the next fiscal year to at least maintain, if not improve the standing of Infosys in the Indian IT Industry (Infosys Annual Report FY 2012-13).

Since 97.8% business was generated from repeat customers, these are the mainstay of business for Infosys. Though, the focus should be on generating new business, but maintaining relationships with the existing clients is even more important. The clients now look for consolidated solutions and competitors like Cognizant and Accenture have started catering to this need of the client with consolidated but well differentiated business solution, which means a cut in the revenues of Infosys from these big ticket clients (IBEF Report, August 2013).

Another potential area of business is in the development of new technologies which are poised to replace the existing ones in the near future. Though, Infosys has set aside a sum of $100 million of implementing innovative ideas, these should mainly revolve the ideas developed to incorporate the new technologies like cloud and big data into the business strategies of the clients and providing innovative business solutions around them.

The 5 main competitors of Infosys are TCS, Wipro Limited, Cognizant Technology Solutions Corporation, Accenture and HCL Technologies. We will look at 3 of these competitors, one at a time:

It is an Indian multinational IT services, business solutions and consulting company, headquartered in Mumbai, established in 1968. It operates across 44 countries through its 199 branches across the globe (TCS Annual Report FY 2012-13). TCS Ltd. is the largest company by market capitalization in Indian IT Industry. It has a long list of acquired companies and has made a profit of 13.6% over prior year, which in absolutes is very high compared to Infosys. TCS is also trying to consolidate its services and the advantage for TCS is that it has more number of products and services than any other company to fulfil the requirements of the client. It is also one of the largest recruiters in India which gives it a huge pool of IT professionals to choose from.

Wipro Limited (formerly Western India Products Limited) was established 1945 is an Indian multinational which started business in providing information technology (IT) consulting and outsourcing service in early 1980s company. Its headquarter is located in Bangalore, Karnataka. The company has close to 145,000 employees serving over 900 clients with a presence in 57 countries. It is the third largest IT services company in India. It grew by 18.2% in last fiscal year (Wipro Annual Report FY 2012-13).

Wipro Limited’s Strategy is geared to address the elements of ‘Where to Win’ and ‘How to Win’. The ‘Where to win’ addresses the areas we want to prioritize across 3 categories (1) Industry segments, (2) Service & Solution offerings and (3) Operating countries. Market Attractiveness and our Ability to Win in these markets given our capabilities are the 2 key dimensions that decide the area of our priority. The ‘How to Win’ defines the specific actions and the tactics we will drive, which brings the Strategy to life.

It is an American multinational company, headquartered in Teaneck, New Jersey; specializes in information technology, business process outsourcing and consulting services. Cognizant witnessed a fast growth period during the 2000s which led it to become a Fortune 500 company in 2011 (Cognizant Annual Report FY 2012-13). Established in 1994, Cognizant Technology Solutions Corporation took the inorganic growth route by acquiring 17 companies in the last two decades. Out of these 9 were American companies, 5 European and 3 Indian companies. Thus, it had gained market share by acquiring companies in different regions of the world and then building on their business. It is a customer centric company that emphasises a lot of value in collaboration, empowerment, transparency and integrity. It has gained 20% in the last fiscal year, which is at a faster rate than Infosys and industry standards.

Thus, the main competitors are trying to align their products with the new technologies, growing inorganically by acquiring firms in different regions of the world and developing new business by being customer centric.

Infosys has only 2.3% of its business coming from Indian clients, which grew by 12.6% in this year while the rest of its business grew by 17.8% from outside India. Thus, the market outside India has grown more and has provided 97.7% of the business, Thus, it becomes imperative to have a strong International strategy for the coming year (IBEF Report, August 2013). Looking at the industry trends and strategies employed by other IT companies, Infosys can also expand inorganically and acquire high potential companies and build on their clients to acquire new set of clients and improve standing in that region by providing best-in-class Infosys solutions to these newly acquired clients.

Also, Infosys can look at generating more business from the repeat clients by expanding the scope of business from them and introducing it new and innovative services based on latest technology and more integrated business solutions.

The IT and ITES sector has become the growth engine of the Indian economy and is set to grow at a higher rate in the next fiscal year than the last five years. Global Economy is getting out of the slowdown and would catch up in the next fiscal year to provide better growth rates in this industry. In this time of preparing ourselves to face the competition at the right time, Infosys is struggling with some issues like weak leadership, strong competition and low margins.

To deal with these concerns, Infosys can focus on one of the following two strategies:

The ideal strategy that we would suggest to Infosys would be to find a mid way between these two options, so that it can maintain the business from repeat clients, generate more business from them, develop new clients, acquire firms in different regions simultaneously diversifying it portfolio of services and invest in the technologies of the future to maintain what it has built over the last three decades. The Infosys 3.0 strategy can work only if the clients start trusting their collaborated products and if they can promise to work like their clients business partners providing business solution and not only just IT solutions.