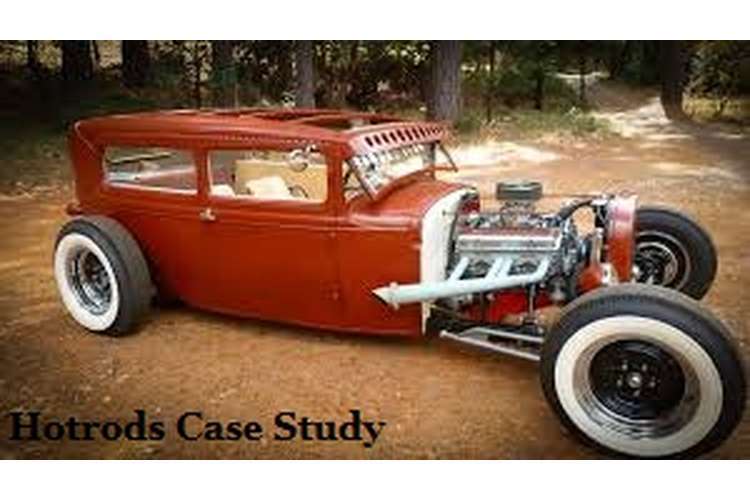 1. Write a Press Release that conveys this information and includes all of the elements of a good press release. 20 marks

We are truly sorry; an open letter to our valued customers.

We have dishonoured your faith and trust on Hotrod. Not just this floor mat issue or mechanical failures of the accelerator pedal or unintended acceleration; but for past several years, we have acted weird.  Words fall short to express the damages, disappointment and inconvenience that we have caused. In wake of these unfortunate events, we understand and appreciate your anger & resentment. We would like to make you aware that we at Hotrod are taking full responsibility for what happened and are extending co-operation to all identified agencies & representatives. At the same time, we are expediting everything we can to put things in order.

We have launched an elaborate arrangement to permanently fix affected vehicles. We know the cause of the problem and its solution too. A solution has been designed and tested rigorously and by reliable professionals; we are sure that it works and has exceeded our expectations. Meanwhile, we have stopped production of recalled vehicles temporarily to focus fully on fixing this problem. We are overhauling processes & structures, flying in consultants from the world over, adding resources to ensure that issues are resolved and for all times to come.

We are working day and night with our partners to make our recall simple and hassle-free for you. Our customer care centre shall work 24X7 assisting you. Customers can also access recent developments in the website mentioned in the sidebar of this press release. Still, for any further assistance and support, anytime you may speak directly to John Victor or Bill Samuels, who are our representatives from Hotrod leadership team.

Over the years, you have made us what we are today. Hotrod is one the most enduring brand world has ever seen. Hotrod’s product quality, reliability are nothing but the reflection of your expectations and same shall be maintained in every single time and with every single vehicle. Like all human beings, we have made terrible mistakes and say sorry. We would like to forget this episode but not before using this as a learning experience to become better, sharper and trustworthy. We will continue to bring in excellence in all we do to meet, regain and exceed your expectations.

Thank you for your understanding.

2. Provide advice to Hotrod’s CEO and senior management on the strategies to implement in order to recover their loss in reputation. 15 marks

“A brand for a company is like a reputation for a person. You earn reputation by trying to do hard things well” said the pithy quote from Jeff Bezos summarizes the need to have a good reputation; moreover it becomes critical to rebuilding reputation on the face a crisis that took place in Hotrod.

Reputation and Public Trust are essential for a business to survive. The costs of bad reputation are enormous. From financial loss to punitive measures from the governmental authority, the implication can be anything leading to catastrophe. While it takes years to build and nurture good reputation, only a single bad deed may undo all the good works done. The leadership team of an organization plays the most important part in managing the business trust & reputation. Hence it should start with the CEO of Hotrod to own the mistakes happened and chart the future course of the organization.

1. Admitting mistakes is the first and immediate step to be taken to set things straight. It shows that you really are regretful and compassionate for all that happened. It also shows that you are willing to put things in order and willing to not to allow mistakes to resurface again. Admitting mistakes can start with unconditional public apology through a press release across the media channels. Also, send individual emails to customers showing your concerns.

2. Actually admitting mistakes should take place once you identify & fix the causes of mistake and then ensuring that it won’t happen again. Recalling has been done so it’s time to identify the cause of recall and fix it. A simple rule is to establish clear priorities, have a team in place, empower them to take any decision in the interest of the organization, assign expectations from the team and monitor. It might require revisiting company processes, re-evaluate organization culture and be redrawing team structure. Additionally, it will require a very senior team to execute this with CEO himself overseeing the progress.

3. Create an end to end ecosystem to involve customers in the process too. Blend traditional and social media, create a microsite, and interact with customers in social media platforms; communicate on the measures taken, listen and take feedback from customers, run campaigns on safety theme actively involving all stakeholders. Secure customer support and let them be your advocates.

4. Rebuilding Hotrod’s image cannot be something like an instant phenomenon considering the grave damage has been inflicted by the crisis. Understand that it would take time and you need to be patient with it.

5. Try working to avoid any further incident like the current crisis. Staying prepared is key as a ready crisis management plan is as good as insurance. Communicating honestly and continuously with stakeholders is the way to go.

3. Analyse the actions of Hotrod in relation to image restoration. Students should consider:

a. Do you find Hotrod’s explanation credible? Explain. 5 marks

Initially, Hotrod sticks to the fact that it was only floor mat that has the problem. Then, later on, it admits having problem with the accelerator pedal. The Tribune publishes the stories regarding unintended acceleration to which Hotrod has been in constant denial. In between it is admitted by the spokesperson that no fact so relevant pertained to overridden safety that could be computer programmed leading to making it inoperative for the accelerator pedal while the brake is pressed. It shows clearly that “unintended acceleration” issue to be true to some extent. Amidst in all denials and defiance, finally, Hotrod goes on to recall of 5 million vehicles (apart from 4.2 million recalled for fixing floor mat issue). Hotrod’s explanation since the very beginning of the crisis has been unreliable, impulsive and actions have been fickle & erratic. Hence its explanation cannot be termed credible.

b. Do you believe Hotrod is telling the truth? Provide support for the case study for your view. 5 marks

Hotrod announced the fix for brake override software after telling that only problem lies with a floor mat. In another occasion it waited seven days for the sales to stop on recalling announcement, it was found later that sales were stopped after government intervention which Hotrod also accepted upon queried. The public agency HSA had opined that statements issued by Hotrod are incorrect and mistaken and often misled in response to which Hotrod publicly apologizes giving credence to HSA’s opinion. It has been constantly denied by Hotrod that a problem is present in the drive-by-wire electronic throttle system yet subsequently its spokesman confirms that the existing brakes, when applied to a speeding vehicle, are not capable of stopping. Also, If Hotrod was telling the truth then why shreds of evidence were not produced by law enforcement agencies on various occasions, why recalls were made to fix accelerator pedal eventually!!! Truth in this whole saga has been definitely compromised.

c. Do you think that Hotrod is acting in the public interest? Fully explain your answer. 5 marks

General public welfare rather than the selfish interest of a single human is termed as public interest. Corporate are expected to act in the interest of the public as the whole society has a stake in it. It is expected for a corporate-like Hotrod to accept the fault and moreover so when human life is at stake. The Tribune claims that Hotrod was ignorant of complaints from 1200 such users that reported for unintended acceleration over a period of many years pointing out HSA’s claim that the existing brakes, when applied to a speeding vehicle, are not capable of stopping scenario is certainly an attitude of callousness and sheer insensitivity. However critical appraisal of the crisis makes it amply clear that statements made by the company have been conflicting and contradictory and actions taken have been to save the situation rather than on merit. Even sale of its recalled vehicles was stopped only after a government directive, not suo-moto. Hotrod has been denuded by Tribune, reprimanded by HSA and most unfortunate people have been lost their lives due to issue (widely believed but not proved yet). Hotrod is definitely not acting in larger good of the public.