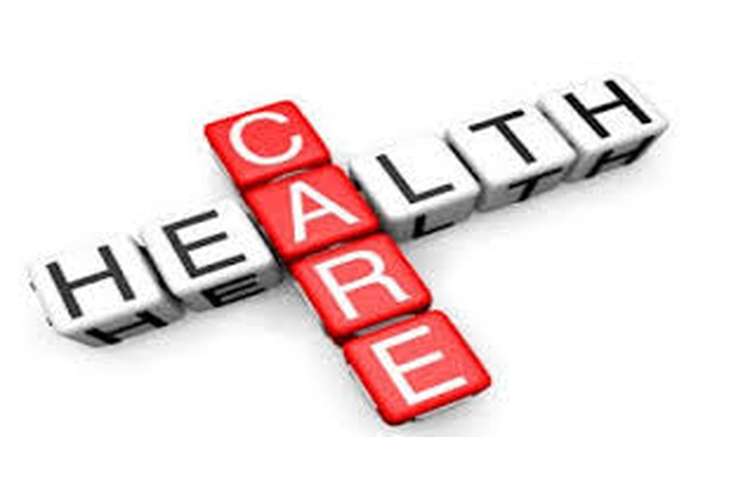 Health concerns are been considered to be an essential part in everyone’s life. Managing the health issues requires immense care and treatment and promotion for achieving the desired results out of the efforts of the health care. The present primary health care assignment help is been carried out with the purpose to identify the principles of primary health care. It would basically find the role of nurse in five basic strategies being regulated for the health promotion by the Ottawa Charter for Health Promotion. It would highlight a critical illness focusing on the role of midwife or nurse in the strategies identified by the Ottawa charter for the health promotion. Moreover, in order to gain an in-depth understanding of the topic the assessment would include a case of hearing impairment in the patient would be elaborates and related with the principles of the health promotion specifically.

Health promotion is been mainly considered as the process of facilitating the people to enhance their control over their health. It is very much important for any of the individual or group to recognize and realize the goals, fulfil the needs and cope up with the environment so that to reach the state of complete mental, physical and social well beings. Liebler & McConnell, (2016) discussed that health is been basically considered as a resource for the day to day living rather than an objective of living. It is a positive aspect highlighting the personal and social resources along with the physical capabilities. Thus, a health promotion is not merely a responsibility of the health sector but is beyond the healthy life styles of well being. It has been observed that health is an asset for each and every individual and requires managing the same with better investments as a care.

In context to the health illness, it has been found that nurses at the health care had to be very much concerned and knowledgeable about the hearing disability so that to provide the patient with the required care and treatments (World Health Organization. 2015). It has been identified in many of the cases that the care workers or the nurses ignore the patients with hearing disability and treats them in a bad way which could lay an adverse impact on their health and mentality. According to McMurray & Clendon, (2015) hearing impairment or loss had become the most common problem among the people and is the most common chronic medical condition ranked after the issues of hypertension and arthritis. A hearing disorder or impairment is the issue of hearing loss which limits an individual from receiving the sounds totally or properly through the ear. It depends on the criticality of the issue as if the loss is gentle, the individual experiences difficulty in hearing or any distant speeches. The person with this issue could make use of the hearing aid to enhance the sounds but if the hearing issue is severe then the individual might not be able to differentiate any of the sounds and feel the same.  In this case, the nurses of the health care require having adequate knowledge of taking care of the patient and treat them accordingly. The nurse or midwife plays an important role in the accomplishment of the five strategies being identified in the Ottawa Charter for health promotion (Pichora-Fuller.et.al, 2015).

In relation to the hearing disabilities, the nurses are required to be trained and provided with the adequate information so that to make them capable of handling such patients and deliver effective services out of it. It has been generally observed that the individuals suffering with this issue are tend to become frustrated and irritated which leads them sometime to behave even violently (Dawes.et.al, 2015). However with the proper treatment and care of the nurse, the illness could be cured effectively and provide the service users with the better services. The Ottawa Charter for health promotion had thus indentified five major strategies for the health promotion which could be used by the nurse and deliver the required outcomes in their roles (Fry & Zask, 2016). The five major strategies by Ottawa Charter are: healthy public policy, create supportive environment, strengthen community action or community participation, develop personal skills and reorient health services.

In addition to this, the foremost strategy which must be concerned by the nurse is the health public policy. It is very much important to be well acquainted with the information about the policy which is mainly concerned with the health and equity and accountability for health impact. The strategy also covers the combination of diversified but harmonizing measures along with the approaches such as taxation, legislations, organizational changes, etc (Dawes.et.al, 2015). The nurses thus convey the policies among the people and contribute in the health promotions. It has been identified that a supportive environment plays an important role in improving the health issues. With the illness of hearing impairments, it is important for the nurse to provide them with the suitable environment and help them recover with their issues effectively (Sharma, 2016). The patients with this issue must be treated calmly and must not be ignored at any cost. As ignorance could make them mentally depressed and weaker to stand against the issues and overcome with the same.

However, the nurse or mid-wife communicates with the people according to their convenience and help them carry out their daily routines. Building a positive or favorable environment would develop a suitable surrounding and motivate the individual to cope up with their illness (Sharma, 2016).  Strengthening the community action is third strategy by Ottawa Charter which states that the health promotion works with the help of effective community action in setting the precedence, making decisions, planning strategies and executing them to achieve the better health outcomes. It is very much important for the entire community to be aware and concern with the health promotion so that to develop a healthy environment and enhance the living as well (Dawes.et.al, 2015). Nurse in this context contributes by making the people aware about the health issues and the concerns in order to motivate them to take positive actions towards the initiative of health promotion. The community participation is been mainly referred as the situation where the communities participate in equal co-operation with the health professionals with the intention to set a health agenda (Wosinski.et.al, 2016). It is very much important for the nurses to focus in the health concerns of the patient and their emotional values, beliefs and needs as to make them feel belonging and positive towards their lives.

Nagarkar.et.al, (2016) had discussed the fact of an old age care home where the people having hearing illness are not been treated properly and are ignored to the great extent. This act led the service users with an adverse perspective against life and led them towards depression or mental sickness as well. With the help of these health promotional strategies, the nurses could relate the situations and implement the act in proper manners. The basic role of nurse in the community action is to draw some of the examples in order to successfully assemble the people to get involved in the decision making process and get aware about the issues which could impact on their health and wellbeing (Lee, 2015).

The nurses therefore educate the family members or the other people regarding the consequences which could be faced due to the hearing illness and the measures which could be taken to cure the same (Liebler & McConnell, 2016). Developing personal skills ensures that the people are well aware about the facts and information essential for the illness and makes better decisions. The nurses can initiate with the family members of the patient and educate them about the harms and the ways of treating them effectively (Beard & Bloom, 2015). At the end, reorient health services is the last strategy by Ottawa Charter as it ensures that the health promotion is everyone’s business. The nurses however could work in partnership with other health care providers and motivate positive health practices within the people and focus on the reduction of the harms and help in preventing the issues effectively.

The above discussion concludes with the critical aspects of health promotion and the role of nurse in the health promotion specifically.  It has been identified that health promotion is the process of facilitating the people to enhance their control over their health. It is not merely a responsibility of the health sector but is beyond the healthy life styles of well being. It has been observed that health is an asset for each and every individual and requires managing the same with better investments as a care.  The assessment had even found that the nurse or midwife plays an important role in the accomplishment of the five strategies being identified in the Ottawa Charter for health promotion. Furthermore, the assessment revealed the five major strategies by Ottawa Charter such as healthy public policy, create supportive environment, strengthen community action or community participation, develop personal skills and reorient health services. It has been also recognized that the nurses educate the family members or the other people regarding the consequences of the health issues which could be faced by them along with the measures which could be taken to cure the same.