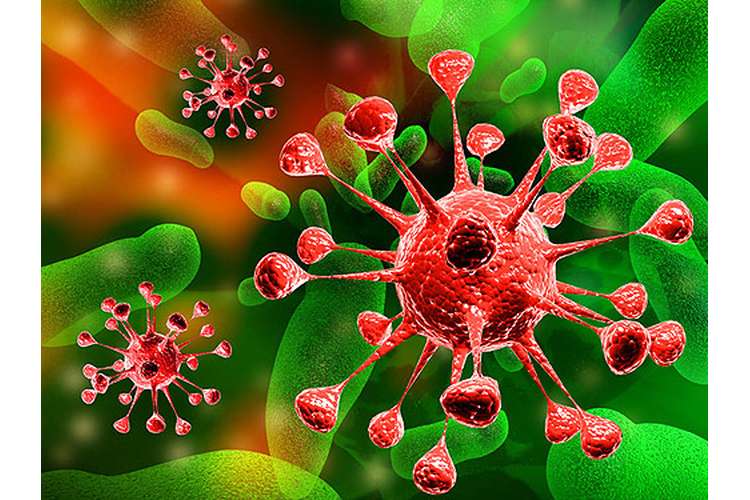 Cancer is a disease which affects the cells of the body. It attacks the good cells of the body and kills them. It leads to the growth of abnormal cells in the body which is harmful and can cause death. Cells grow in a uniform fashion in our body (Miller, 2012). However, when cancer strikes it causes an anomaly in the blueprint of our genetics (Vaidya, Joseph, & Crook, 2012). This leads to the unnatural growth and destruction of the good cells. The cells begin to multiply very fast and become hard to control (Miller, 2012). 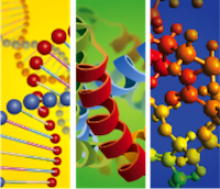 For my assignment, I have decided to write about Breast Cancer. Breast cancer is a common occurrence in women (Canceraustralia, 2017). There have been rare reports of men being diagnosed with breast cancer. According to a recent report, around 16 to 20 percent of women in Australia suffer from advanced breast cancer. Also, an approximate value of 40 to 50 percent of the women who have been diagnosed with early stages or localized forms of this cancer, end up having the very dangerous and hardly curable, metastatic disease. The staging name Tumour, Node and Metastasis Staging System is used to describe breast cancer. Stages 3 and 4 of this disease are the fatal ones and are hence known as the advanced stages. In stage 3 form of this type of cancer, the cancer either spreads to the lymph nodes regionally or becomes advanced in a localised manner. In stage 4 the cancer spreads to places other than the breasts as well, like the bones and brains and so on. Breast cancer is mostly found to be common among elderly and post-menopausal women. This just proves that the risk of having breast cancer increases with an increase in age in women (Vaidya, Joseph, & Crook, 2012). 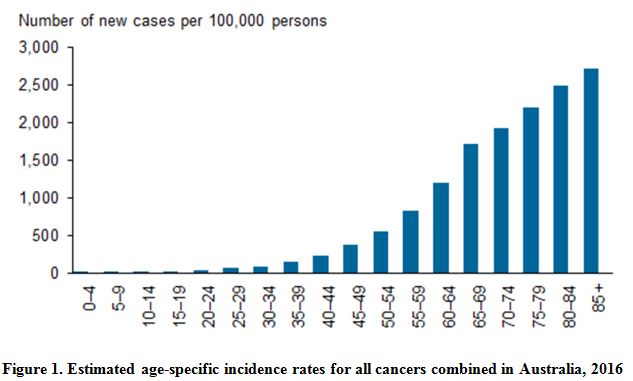 The most common type of cancer that affects the women folk of Australia is breast cancer (Miller, 2012).

The Breast Screen Australia Programme invites women between the ages of 50 to 74 to get free mammography screening every two years (Canceraustralia, 2017).

Pain in breast cancer is not very common (Vaidya, Joseph, & Crook, 2012). Symptoms are varied and sometimes they do not even appear. There have been cases where it has been diagnosed only during a mammogram (Fujimori, 2010).  The symptoms can include the following: nipple sores, lumps, thickening and swelling of breasts, reddening, discharge from the nipple, lumps under the arm, dimpling of the skin around the breast (Vaidya, Joseph, & Crook, 2012).

It develops from mainly the tissue present in the breast. The most common causes are excessive weight, family genetics, alcohol consumption, lack of any or too less physical exercise, ionizing radiation, early onset of menopause, and others. The BRCA1 and BRCA2 genes inherited from parents are found to be the most common causes among 5 to 10 percent of cancer patients.

The outcomes from breast cancer depend on the severity of it and the age of the affected. Nowadays the survival rate for breast cancer has arisen rapidly. In Australia, the USA and England the rates have risen to nearly 80 to 90 percent. Also, it most commonly affects the women folk of the developed nations.

Prevalence of Breast Cancer in Australia

61,554 people were living with breast cancer by the end of 2010 in Australia. All of the above data proves that breast cancer is very common in our country (Canceraustralia, 2017). 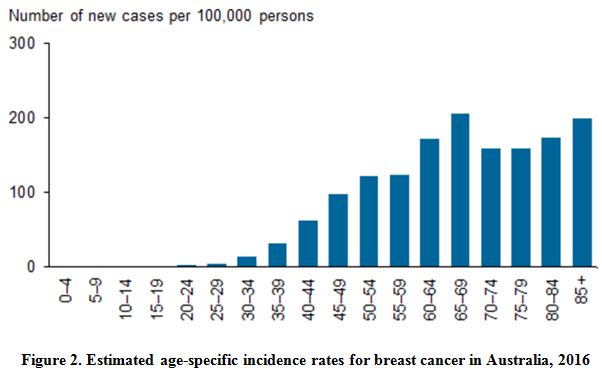 Prevalence of Breast Cancer in the USA

In America, 1 in 8 women is likely to develop cancer. Other than skin cancer,breast cancer iscommonly found cancer in American women (Canceraustralia, 2017). In March 2017, it is estimated that there are more than 3.1 million women with breast cancer in the USA. Around 40,610 women in the U.S. are thought to die in 2017, although from 1989, death rates have been decreasing (Breastcancer, 2017).

Cancer can be easily detected through a mammography screening or biopsy. If cancer is detected then a CT scan or MRI scan is done to check all the areas it has spread to (Sutton, 2012).

It is recommended to get checked for breast cancer every two years as the risks increase with increase in age. Breast cancer can be treated with radiotherapy, mastectomy, staging,chemotherapy, radiation therapy, hormonal therapy and targeted therapy.When cancer spreads to the lymph nodes, adjuvant treatments are done (Breastcancer, 2017). Breast conserving surgeries and masectonomy are very common types of treatment under breast cancer. Breast reconstruction surgery takes place either during the surgery or at a later date. Mastectomy is the removal of the whole breast. Removal of part of the breast is known as breast conserving surgery (Marshall & Foster 2012). Anthracyclines, raloxifeneand taxanes are the common drugs used for treating cancer of this type.

Palliative care is another method to treat cancer. Its main aim is to improve the quality of life by reducing the features of cancer (Marshall & Foster 2012).

Although breast cancer cannot be prevented, it can be reduced by following a proper diet and reducing alcohol consumption(Breastcancer, 2017).To reduce cancer in women who have high chances due to gene mutations should have a bilateral prophylactic mastectomy (Marshall & Foster 2012).Women with a family history should be injected with tamoxifen drug over a period of 5 years (Breastcancer, 2017).

Breast cancer is caused due to a few reasons. Sometimes being exposed to female hormones either administered or natural can lead to breast cancer (Marshall & Foster 2012). The other causes are increase in age, family genetics, bad dietary habits, the presence ofBRCA2, BRCA1 and CHEK2 genes and exposure to radiation. With the recent rise in breast cancer in Australia, the government should take steps to curb it and bring it under control (Breastcancer, 2017).