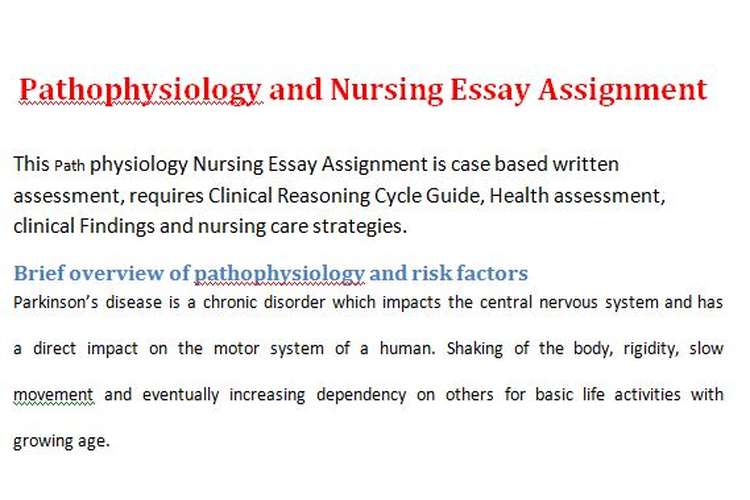 Parkinson’s disease is a chronic disorder which impacts the central nervous system and has a direct impact on the motor system of a human. Shaking of the body, rigidity, slow movement and eventually increasing dependency on others for basic life activities with growing age.

There are five major pathways in Brain which all gets affected by the Parkinson’s disease and gets their activity disrupted. This is the reason why so many motor activities and functional movement and learning activities get affected in this disease at once. The conceptual framework model of pathophysiology of Parkinson’s disease which is accepted even with its limitations states that the Basal Ganglia of the brain provides the necessary inhibition of CNS to ensure that motor activities only get active when it is appropriate. When this inhibition is reduced the required motor system gets activated sufficient enough to do the job and then again it goes back to inhibited stage. Dopamine is the prime facilitator chemical which ensures release of inhibition and with its absence the level of inhibition for the motor neurons gets reduced. This also means a greater effort and exertion would be required for any activity when the inhibition is reduced. It is commonly observed in Parkinson’s patient that they get tired easily, their breathing gets heavy and everything requires a lot of their efforts (Dickson, 2007).

When a patient presents himself or herself with the symptoms hinting towards a possible diagnosis of Parkinson’s disease the diagnosis physician would require different set of data to come to a firm diagnosis and severity of the situation. This data would be as follows.

Motor disorder (tremor, rigidity etc)-
Nursing Goal:-To control the motor instability through medications like Levadopa.
In case of Parkinson’s disease a daily intake of levadopa would be very helpful for the patient to keep the inhibition in mid brain in place and control the discharge from motor neurons. This goal can only be achieved if nurses ensure that patient takes daily dosage of levadopa for a long period of time. It has often observed that after a period of time patient starts becoming complacent and neglect taking daily dosage of levadopa because they feel better. A nurse is required to educate the patient and make them aware about importance of taking medication without fail. A nurse is also helpful in educating the patient about disease and its progression, symptoms and the role played by levadopa in their body. If this goal is achieved then it would be much easier for physicians to improvise the quality of life for the patient (Cooper, 2008).

Neuropsychiatric disorder (mood swings, behaviour modifications and cognitive disorder)-
health care service goal is to monitor and evaluate the psychological condition of the patient and report any significant changes in patient to the attending physician. A nurse if the medical professional who spends the most time with patient and have a close connect with the day to day activities of the patient. It is much easier for a nurse who is well aware of patient from earlier days of diagnosis to identify if there is any change in the behavior of patient in general, development of signs and symptoms reflecting psychiatric problems or mood swings etc. these developments help a physician in understanding the progression of disease, any gap in current treatment plan, family and living environment and the way patient is able to cope up with changing functionality of his body.

Dementia is another problem which is found in patient suffering from Parkinson’s disease and it is found in association with the Lewy bodies present in Mid brain section of the patient. It is termed as DLB or Dementia with Lewy bodies in a patient and it causes them to even remember most basic memories like name of family members and address of their home etc. This goal is very important because in advanced stages it is risky for a patient to go out of home if they are suffering from dementia. By achieving this goal basic safety of the patient the patient can be ensured when they are on their own. There are various tricks which a nurse can teach a patient to remember things like using mnemonics, using photographs, wearing bracelets and pendants with important number engraved on it etc (Aarsland et al. 2009).