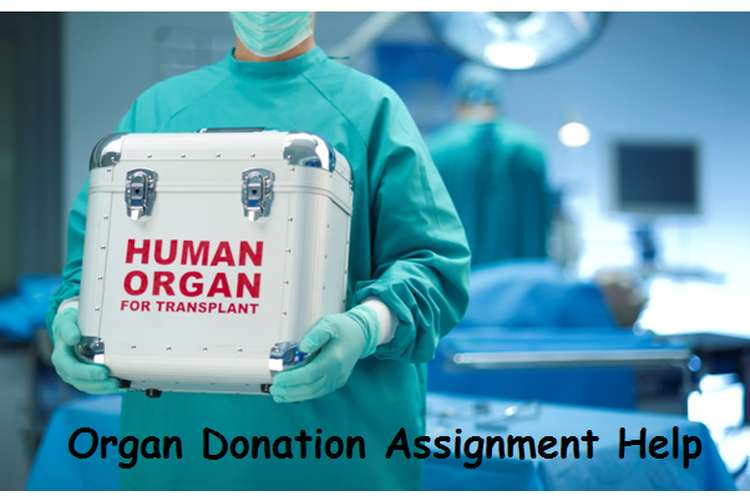 Consultant to the Government

This organ donation assignment help report has been constructed to identify potential organ donors and the reasons why people dither in registering themselves for organ donation. The rationale behind friction towards donation of organs has been identified as psychological, emotional, religious beliefs and myths of people which are elaborated in the report. Recommendations for propagating significance of organ donation have been devised which are spreading awareness among people and educating them, reinstating trust among the doctors and providing incentives to the family of donors.

Health care department has been established to enhance the quality and longevity of people. It is established to fund and shape health and care treatments. The department promotes donation of organs by the living and dead people. Being a consultant to government I have conducted a research over the reasons that are hindering organ donation from the live donors as well as the deceased.Organ donation is an act of removal of tissues and organs which can be transplanted into another person’s body in a healthy manner. Donation of organs can be done by a person either when he alive or after his death.Organs which can be donated when the donor is alive are part of the liver or kidney while the organs which can be donated after the person leaves his body are eyes, heart, skin, bones, tendons etc. (Rudge, et. al., 2012).

2.1 Facts and Statistics of Organ Donation

Donor can be of any age. On an average around 90,000 people waiting for organ donation in a month and the ratio of people died due to non-availability of organ is 20. The organs that get donated by the people are kidneys, lungs, heart, skin, pancreas, liver, eyes and intestines. As per the available statistics of the year 2016, around 1,448 people get a new life due to the organ donation made by the 503 deceased organ donors (Facts and Statistics, 2016).

The ratio of people died even after the availability of organs is 1-2% only. The donations authority asks the beloved ones to confirm the organ donations of their deceased ones. Around 60% of the people discuss their organ donation decision with their families that also help the authorities to get the approval and organ from them. Only 36% of the Australians feel confident over the organ donation made by their beloved ones. One donor can save more than one life and organs can be donated after death or can be banked (Facts and Statistics, 2016).

As per Mclnerney (2015), organs including heart, lungs, liver, kidney, pancreas and intestine get transplanted. There are some tissues such as heart valves and other heart issues, skin, ligaments, bone, tendons and parts of the eye also get transplanted. The organ donation have slow rate in Australia. And the reasons behind this slow rate are religious reasons, family beliefs, misconceptions and many more.The rank of Australia in organ donations from deceased patients among selected countries is 20 (Mclnerney, 2015). 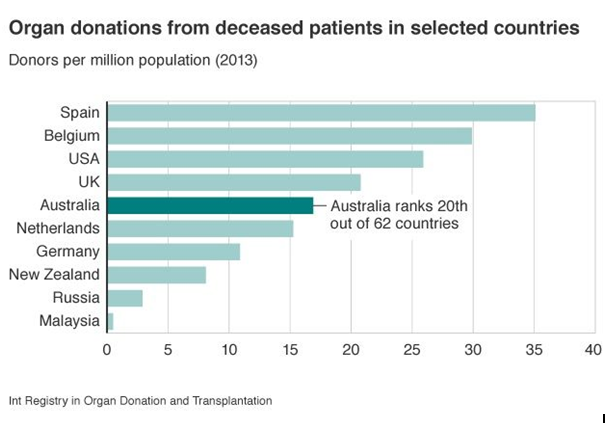 There are several reasons behind wobbling of people for donating their organs. Mistrust of doctors is one of the most significant factors behind people not donating their organs. Myths have been developed that when a person has registered himself as an organ donor premature declaration of his death will be done by the doctors to derive benefit from donation of his organs. Many a times, the situation turns out to be chaotic when the doctor declares the brain of the patient as dead but his heart is still working. In such a case study, folks and kin of the patient do not allow removal of organ for the purpose of transplant with a belief that the patient is still alive. Much of the fiction comes from the fact that when the doctors are aware of the patient’s registration for organ donation, they won’t put efforts to save lives of the patients (Irving, et. al., 2012).

2.3: Attachment with the deceased person, botheration of social norms and decision of donation resting with the family members

Some people believe that donation of organ will lessen the time for grieving and mourning over the deceased person (Brown, et. al., 2010).

The decision to donate an organ is taken by the members of the family. When the deceased person has not registered himself as a donor, after his death, his family may disagree to donation due to affection and attachment that they share with the person (Manuel, et. al., 2010). 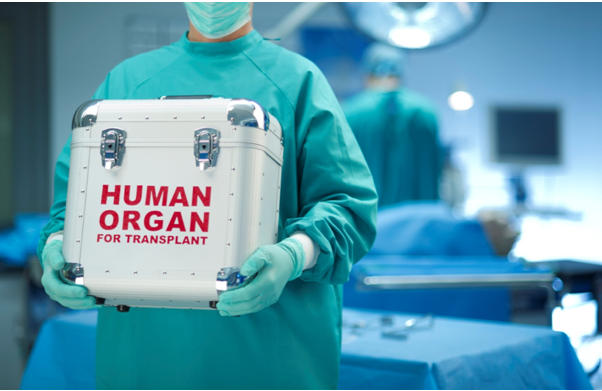 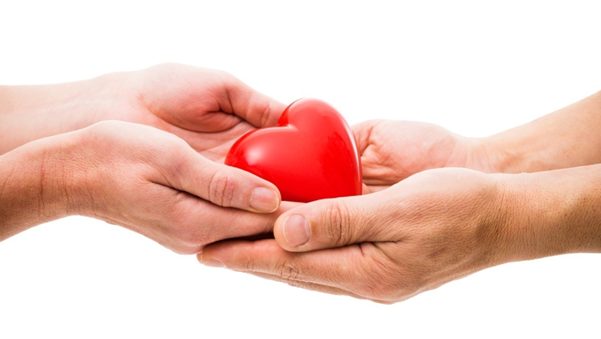 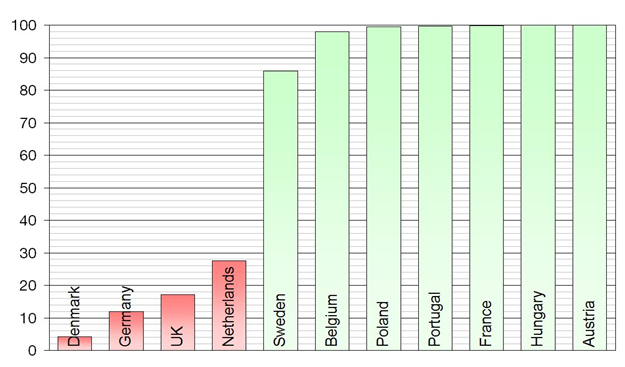 In the year 2015, the data of organ donation in Australia is as follows: - 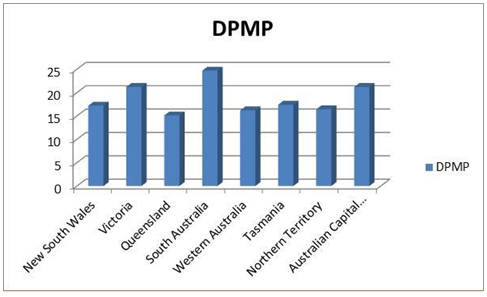 Transplantation of organs is a unique process which ensures longevity and quality of life. Organ transplant is reported to have produced dramatic results but it is negatively in fashion due to myths and beliefs of people. An ethical framework must be followed in order to maintain transparency in the process and spread awareness among people. From the findings, we have understood that organ donation is facing a number of challenges due to a number of reasons and certain measures can be taken to increase the number of donors and spread awareness.

Various recommendations have been constructed by me to increase the rate of participation of organ donors:-

Summary of changes to the assignment

The changes that have been incorporated to this assignment are in the introduction and abstract mentioning the recommendations for increasing the rate of organ donors on the basis of findings. The findings have been jotted down under three main heads as finding1, finding 2 and finding 3 and recommendations are designed on the basis of the findings. An image depicting number of registered organ donors in various countries has been inserted.