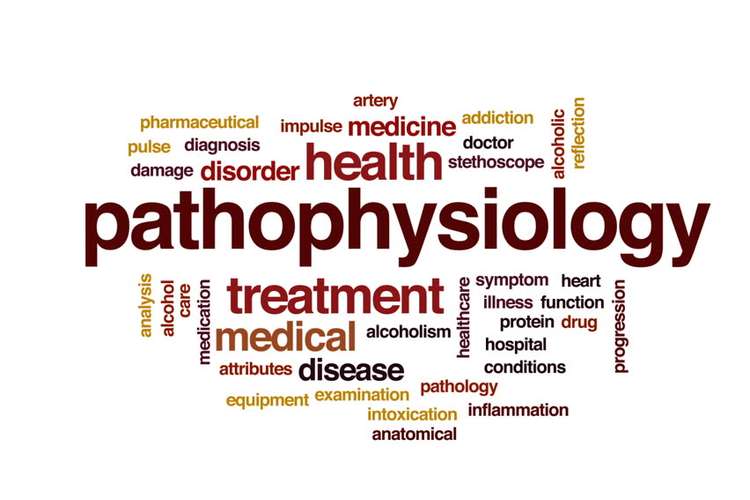 This report document a case of a single male who is recently diagnosed with the condition of atrial fibrillation. He also has a history of transient ischemic attack i.e. TIA. The case will be discussed in relation to the pathophysiology of the condition, its consequences, management and prevention.

The heart functions with the help of its internal circuit (made by SA node and AV node) of electric signals. These signals originate from SA node at a regular interval, travelling to the AV node causing the heart to “beat” at a rate of 60 – 100 times/ minute normally.

In cases of atrial fibrillation, the signals get generated from other parts of the atria as well. These signals travel in disorganized fashion and at a very higher rate, causing the heart to fibrillate in an uncoordinated manner decreasing the supply of blood in body and increasing the risk for thromboembolism, stroke, dementia or heart failure.

Guidelines given by American Heart Association (AHA), American College of Cardiology (ACC) and Heart Rhythm Society (HRS) (2014) have simplified the classification of atrial fibrillation based on the duration of episodes as:

Persistent AF – the one which continues for more than 7 days

Non-valvular AF - the one which occurs in the absence of any prosthetic heart valve, mitral stenosis or mitral valve repair

This condition leads to the decreased supply of blood into the body, so the main objective of treatment is to prevent instability of circulation and stroke through controlling the rhythm and rate of the heart, anti coagulation of blood is also recommended so as to prevent the risk of thromboembolism (Zoni-Berisso, 2014).

Atrial fibrillation progressively leads to atrial fibrosis which is not restricted to the cardiac muscles only, but also affects SA node and AV node, causing changes in the shape and structure of the heart (less elliptical and more spherical), the ventricular mass and volume are also altered, which leads to the shortening of refractory period and dysfunctioning of the heart as reduced and stroke volume (Gutierrez & Blanchard, 2011).

Cardiac remodelling can be said to work as both an adaptive and a maladaptive process, adaptive because it allows the heart to maintain its function but also because it influences the hemodynamic load so it significantly increases the stresses on left ventricular wall, these stresses if not reduced may eventually lead towards chronic heart failure.

Regardless of the age and the type of atrial fibrillation, men are at a higher risk for cardiac failure, so here in this case; the patient Kevin is all the more prone for having a cardiac failure.

Another area of concern in patients with atrial fibrillation is formation of thrombus. In cases of AF there is incomplete contraction of atria, which leads to stagnation of blood in left atrium, which can lead to formation of a thrombus. This thrombus may also become mobile (now called as an emboli), get carried away through arteries making them clogged, which may lead to damage of the concerned organ. If this emboli plugs any artery supplying to the brain, it may result in Transient Ischemic Attack (TIA) or Ischemic Attack/ CVA. In order to avoid this complication, anti-coagulation drugs or “blood thinners” are usually given to the patients to decrease the coagulation capacity of the blood and decreases the chances for clot formation. However, these drugs also have a risk of causing haemorrhagic CVA.

Haemorrhagic CVA occurs as a result of bleeding in brain when a brain vessel bursts/ ruptures. The precipitating factors may be excessive thinning of blood, increased pressure in blood vessels (hypertension) or trauma, while, Ischemic CVA occurs due to lack of blood supply to the brain, which may be due to the obstruction by an emboli. Ischemic stroke is the most commonly found type of stroke (American Stroke Association). The present case has even a higher chance of getting an ischemic stroke as he has a history of TIA, so the chances for obstruction of brain vessels are even more if the clot gets dislodged from the previous site of TIA.

The main aim of treatment of atrial fibrillation remains rate control and rhythm control. Various studies have different opinions on which mode of treatment could be better and it is concluded that the management depends upon the underlying cause and duration of the episode. Controlling the cardiac rhythm is preferable in patients with heart failure and dilated cardiomyopathy while, controlling the heart rate should be the criteria in patients with persistent AF and patients who are unsuitable for cardioversion (Kakar 2007).

Rhythm control can be achieved through cardioversion (pharmacological or electrical), catheter ablation or atrial debulking through surgery (Kourliouros et.al. 2008).

Warfarin interferes with forming of clotting factors 2, 7, 9 and 10 (vit.K dependent), thus obstructing the coagulation cascade (both intrinsic and extrinsic) and preventing the formation of thrombus. Although it reduces the risk of thromboembolism, but it has a few side effects of its own like increased bleeding tendency, osteoporosis, and drug and food interactions which decreases its effectiveness. Also, this drug needs regular monitoring by checking the INR and PT levels. The INR levels should be confirmed weekly during the initial administration of warfarin and at least monthly thereafter (Aguilar & Hart, 2005). Using newer anticoagulant instead, which is non vit.K dependent can save the patient from these frequent invasive procedures. These newer anticoagulants e.g. apixaban, rivaroxaban etc also interfere with coagulation cascade but inhibit factor Xa, thus these do not come into action until factor Xa is formed and save us from the danger of excess bleeding tendency (Husted et.al 2014).

Post operative follow up care and maintenance of treatment are one of the most integral parts of any treatment plan for which compliance of the patient is essential. The patient needs to have a proper knowledge of his sickness, its complications, the precipitating factors and the management. He needs to be aware of his treatment regimen, diet control and the precautions he should take. This patient lives alone on his farm and thus there is no one else to take his care, so the patient himself should be familiar with the medications and safety measures. Assistance can be given to him by calling him regularly to remind about his medicines, daily alarm could be set at the time for taking his pills, messages could be dropped by the community nurse, and surprise visits can be done by the doctor and regular monitoring like ECG, INR levels could be done.

The patient should also be made aware about the complications of his disease like stroke/CVA; he should also know how these episodes are manifested such as pounding of heart, palpitation, slurred speech, blurred vision, severe headache, arm weakness and numbness in half portion of the face. He should be asked that how would he know if he is undergoing any episode of stroke, and what to do at that moment. He should also be provided with an emergency helpline number.

AF is one of the most common causes of arrhythmia with considerable morbidity and mortality; however it can be mostly by taking appropriate medications and measures suggested by the concerned doctor according to the need and usefulness to the patient. In the present case, the patient should be checked for taking regular medications and adapting a healthier lifestyle in order to avoid any complication and increase his life span. Lifestyle patterns such as smoking, excessive intake of alcohol, sedentary life are significantly associated with an increased risk of stroke, so the patient also needs to modify his style of living accordingly. Kevin should control intake of alcohol, decrease caffeine intake, and adapt a healthier life so as to prevent the complications and prolong his life. As the patient is around middle aged, he might not follow all the instructions properly at the first go, so he should be asked for any remaining queries, he should also be questioned as what medicine has he to take at what time, what are the consequences if he misses his dosages or continues with the older lifestyle.