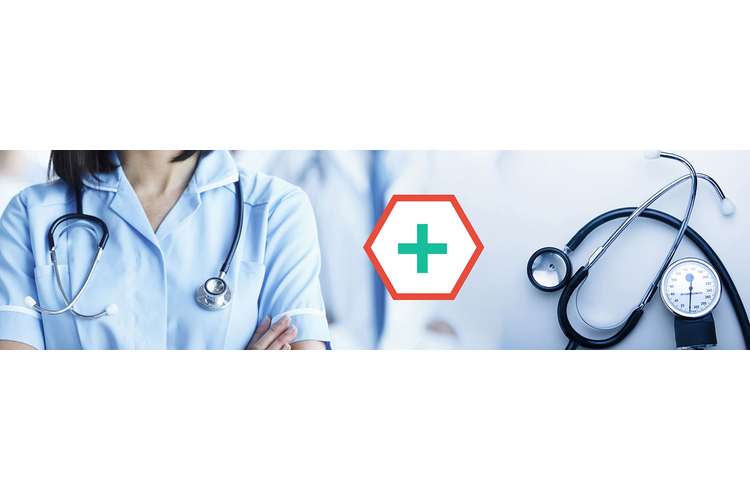 Asthma is one of the common chronic health conditions which is affecting the respiratory system of the people from all over the world (Beasley, Semprini & Mitchell, 2015). Prevalence of asthma has been increased among Australian teenagers, including smoking as well as non-smoking population. It is assumed that smokers are more likely to suffer due to their unhealthy living habits and lifestyle. Considering this fact, the main research question can be formed. The following paper will provide a clear discussion about the chronic respiratory health condition with a thorough literature review along with the review of a primary research article. It will also conclude with the recommendation of further research strategy and management in this regard.

How socio-economic status and living habits are associated with the prevalence of asthma among Australian young population?

In the article, the author stated that respiratory health of the teenagers is decreasing due to asthma and the condition of indigenous youths is poorer than non-indigenous counterpart. The author indicated improper lifestyle such as intake of excessive tobacco and smoking is creating such health problems among Australian indigenous populations. The study found that prevalence of asthma is 17.5% in the indigenous population and it is 10.1% for non-indigenous population. The research also found that in Australia, two-third of indigenous smokers before turning to the age of 18 began smoking regularly. Asthma attack is comparatively found more among the smoker community. In this regard, the article shows a feasibility study which was organized by the authors in two schools where the number of indigenous students were high. All the participants were in the age group between 12 to 17 years. Result from the questionnaires showed 20% of the participants are suffering from asthma among them 10% were previous smokers and 8% students were the first time smokers. However, the result revealed that 63% of them had high exposure to tobacco smoking at home. Previous study also disclosed that the 95.2% of children, who were hospitalized due to asthma, were from indigenous population group. The study was focused to improve the respiratory symptoms in this age group and they suggested building up a smoking free community among them. Therefore, this article established the fact that smoking is one of the leading causes of asthma and indigenous teenagers are the worst sufferer of it (McCallum et al., 2017).

The main research topic was how socio-economic status and living habits are associated with the prevalence of asthma among the Australian teenagers. One of the biggest causes of asthma is smoking and studies revealed that prevalence of asthma among the smokers is comparatively high than the non-smokers. Most of the smokers begin to smoke during their teenage and it leads to the chronic disease. Asthma has become one of the serious health concerns in Australia (Black, Tesfaigzi, Bassein & Miller, 2017). There is no particular cure strategy for asthma however, effective management techniques are available in order to control the disease. The recent analysis of LSAC, the data indicated that 24.4% of children report wheezing related to asthma (Australian Centre for Asthma Monitoring, 2011). The researchers also found that the prevalence of asthma among the Australian population is continuously increasing as the intake of tobacco is also increasing among the youth population and most of them are from indigenous community. Being one of the root causes of asthma, smoking affects the respiratory system of the population (Vonk et al., 2017). Among the indigenous teenagers, living habits and lifestyle becomes a burden of improved health. In order to improve the health outcome of the youth population all over the Australia and especially among the indigenous, exclusion of tobacco smoking from their lives can be helpful (Chamberlain et al., 2017). In order to control the respiratory health disorder elimination of tobacco smoking plays the one of the major roles. In this way, the paper and the research topic is related to the improved health outcomes for people with chronic health conditions such as asthma.

In the article, the author provided a clear idea about the effects of smoking on chronic health conditions such as asthma. The author revealed that almost 12% of youths who were aged from 15 to 17 especially from the lower-income groups were smokers. 7% youths belonged to the higher income families. Thus, he stated that economic status has a huge impact on the smoking of the youths. The article also produced the fact that many of the smokers were not clearly aware of the particular health outcomes of smoking. Studies reported that smokers knew that smoking causes lung cancer but they had no idea that smoking can be a leading cause of asthma. The author organized study and collected data. From the analysis of the result it was found that most of the smokers have less knowledge about the after effects of smoking and they have very little idea about the occurrence of asthma as a consequence of smoking. However, in the paper the author reflected socio-economic status affects the tobacco smoking among the youths. Especially Hispanic adolescents are less aware of the health effects of smoking (Elton-Marshall, Wijesingha, Kennedy & Hammond, 2018).

In the article the author considered tobacco as one of the most pollutant indoor ingredient that causes health issues including asthma. The study also revealed that 20% indigenous Australian children have at least one parent who smokes in the home. When compared to non-indigenous, the amount is 7% only which is comparatively low. People from aboriginal and Torres Strait Islanders in Australia are more likely to be daily smokers compared to the people living in the non remote areas. The author recognized smoke-free homes as an effective strategy to protect non-smokers as well as children. The paper illustrated a study that organized to campaign for a smoke-free community and indigenous people gave encouraging account of personal experiences in reducing the smoking behaviour. The paper also stated that due to the smoking of adults, the intake of tobacco among the youth population of indigenous also increases. However, the paper successfully reviewed literatures and identified barriers of better health outcome. It also provided strategies to produce a smoke-free home in order to reduce the affect of asthma among people (Stevenson, Campbell, Gould, Robertson & Clough, 2017).

In this article, the author stated that the prevalence of chronic disease and mortality rate is higher among the indigenous when compared to the non-indigenous population. In order to find the health and well-being among the indigenous adolescents of Australia, the author collected systematic synthesis data. The data was collected through various surveys among the target audience. The result of the study produced the fact that 43% of 15-24 years of youth population are addicted to tobacco smoking and which creates various health issuesincluding asthma as a consequence. Among the indigenous Australians, who lives in the remote areas always suffer from asthma and other respiratory disorders and most of them are chained smokers who began smoking at a very early age. However, the paper also found that people living in the non-remote areas are less likely to suffer from such chronic diseases. Finally, the author concluded that supporting the adolescents in increasing their knowledge and educating them about the negative outcomes of smoking is necessary to reduce the asthma attack among the youth population. Proper health literacy is also necessary in this regard (Azzopardi et al., 2018).

In this article, the author stated that prevalence of smoking is reducing among indigenous Australians but in a slower rate than non-indigenous living in the non-remote areas. The author produced the result that intake of tobacco is more likely to be among the youth populations and in the Hispanic region, even school children begin smoking on a regular basis. Even, study in New South Wales produced result that girls were more influenced by the peer pressure to start smoking when compared to boys. Due to this pressure, girls begin smoking and become a chain smoker which affects their health and causes respiratory issues. However, the article clearly produced the fact that influence is the main reason of initiating the smoking and most of the indigenous smokers initiate it before the age f 16 years. Irrespective of the gender, the smoking affects the health and causes serious health issues among the population. However, 30% aboriginals also wanted to quit smoking in order to live a better and improved life (Gould, Watt, West, Cadet-James & Clough, 2016).

The literature research was sufficient to provide the answer of main research question and it clearly depicted that socio-economic status is associated with smoking. The use of tobacco smoking is high among the indigenous populations and most of them are teenagers. Prevalence of asthma among the youth population, especially among the indigenous people living in the remote areas is comparatively higher than the people living in the non-remote areas. However, further research is required to find how they can be influenced to leave their smoking habits and how campaigns can be organized to increase the health literacy about the intake of tobacco. In this way, people will understand and gain knowledge about the negative health outcome of it. This will also help in reducing the prevalence of asthma among the youth population of Australia. Including women in the research is also necessary to find a more detailed result. Educating the youths is the most important recommendation which can be carried forward through further analysis.

The paper was focussed to find the answer of the research question. A primary research article has been chosen in this regard. Through a detailed literature review with other articles, the result has been found which clearly produced the result of the research question. However, further study is recommended to find how prevalence of smoking can be reduced among youth populations of indigenous Australians in order to reduce the affects of asthma and other chronic health issues.