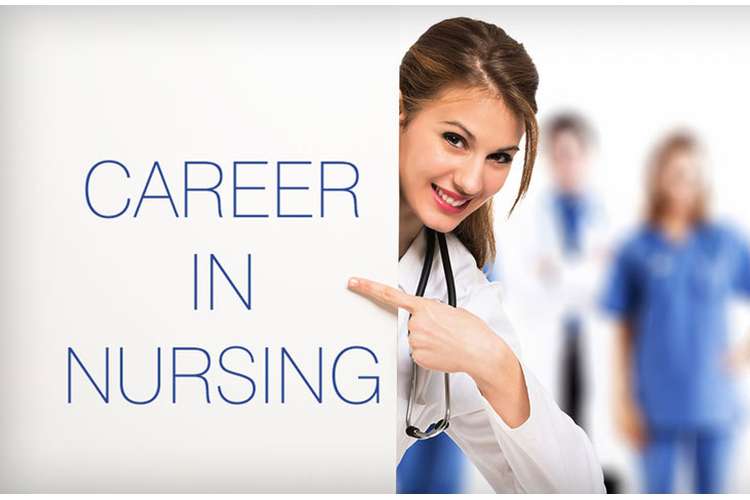 The case study of Joan is taken here in reference. Joan Middleton is a 45 years old woman who has three children and works in a supermarket stocking shelves. She is suffering of obesity and Type 2 diabetes. She has a BMI of 37. She is the only parent for her children who all are aged lesser than 10 years. Parents of Joan live in the nearby area and they help her in taking care of her children. 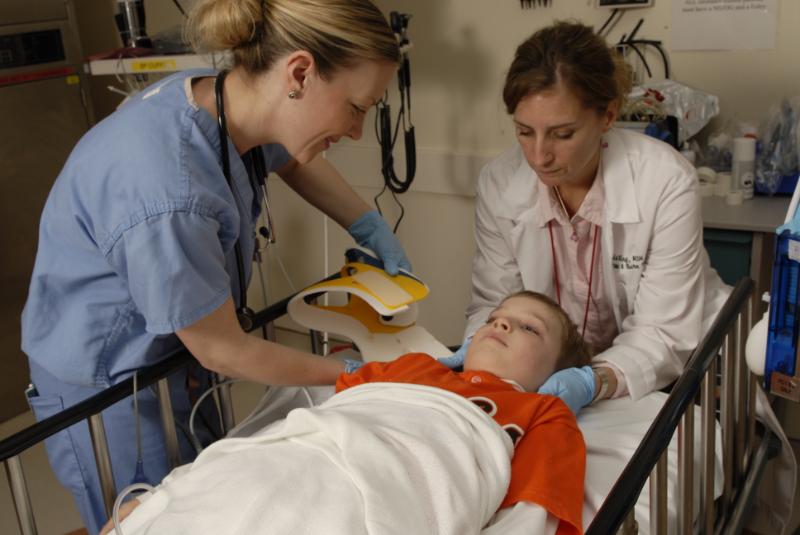 Regarding her health, she was diagnosed with acute cholecystitis and was referred to the emergency department (ED). She carried symptoms like intense nausea and vomiting, tenderness, awful pain and guarding in her abdomen in the right upper quadrant and that too at a temperature of 38.9°C. Thus as per her report, Joan was transferred to the operation theatre and there she went under an emergency laparoscopic cholecystectomy. After 2 years of surgery, she was transferred from post anesthetic recovery room (PARU) to the ward (McGloin, 2015).

Causes and Risk Factors of Cholecystitis

This disease occurs because of the inflammation of gall bladder. The inflammation can be caused by severe factors such as gallstones. Gallstones are the hard particles that accumulate in bladder due to the imbalance of substances like bile salts and cholesterol. These gallstones can cause the blockage of cystic duct which is a tube through which the flow of bile occurs. This blockage increases bile build up and causes inflammation. Another risk factor is tumor which can stop the bile from flowing out of the gall bladder that causes bile buildup and thus can result into cholecystitis. The next cause is the bile duct blockage which is caused by the kinking of bile ducts that result into duct blockage and lead to cholecystitis. (Causes of Cholecystitis, 2017)

The most common symptom of having acute cholecystitis is severe abdominal pain that extends for hours and hours. This pain occurs mainly in the right side or middle part of the upper abdomen which can also reach to the right shoulder and back. Some of the major symptoms include frequent vomiting, severe nausea and fever like feeling, occurrence of pain especially after meals, bloating in abdominal region, feeling of tenderness in the abdomen when it is touched, chills, clay colored stool and when the skin starts to turn yellow and the eyes becomes white. (Symptoms of Cholecystitis, 2015)

This disease can be prevented by losing weight and following a healthy diet. The obese person has high level of cholesterol in his body which may develop gallstones. Thus reducing weight helps to reduce cholesterol level in the body and prevents acute or chronic cholecystitis. (Venneman & Erpecum, 2006)

Laparoscopic surgery is done under general anesthesia. The spinal, local and epidural anesthesia should not be given to avoid risk of cardiac arrhythmias thus, an optimal technique should be used that will ensure low incidence rate of adverse effects, rapid recovery and an early come back to daily routine activities. The general anesthetic technique includes induction with propofol, paralysis with the help of a muscle relaxant and then the introduction of a laryngeal mask (LMA) or an endotracheal tube with the intermittent ventilation of positive pressure. Anesthesia can be maintained with the help of desflurane, propofol infusion or sevoflurane (Lemone, et al. 2014).

After the anesthesia, the operation can begin. The procedure takes 60-90 min which depends on the difficulty level of the procedure and medical history of the patient. During the surgery the patient is positioned supine in a reverse Trendelenburg position in which the table is 30-40° tilted so that the right side of the patient is the uppermost one. 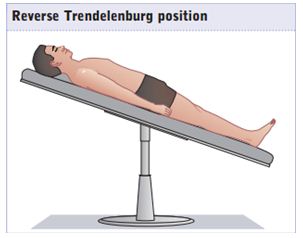 The theatre team must be aware of the position of the monitors and the other equipments and they should know the correct usage of them to ensure safe and healthy operating environment. Carbon dioxide is used for anatomy visualization of the abdomen which will help in correct insertion of trocars so that the other organs do not get injured. The carbon dioxide must be maintained to lowest pressure possible; in ideal case it must be less than 12mmHg. A fibreoptic telescope is inserted into the peritoneal cavity through the trocar. A camera is attached to the laparoscope so that when they are inserted, the instruments and the area of operation can be viewed to the surgeon. The viewing monitor is also placed on the side table. The first assistant grasps the gall bladder through the lateral ports. After dissection the clips are applied by the surgeon to the cystic duct and the cystic artery. Afterwards, the gall bladder is discarded from the liver bed which is done through umbilical incision. (Tacchino, Greco & Matera, 2009) 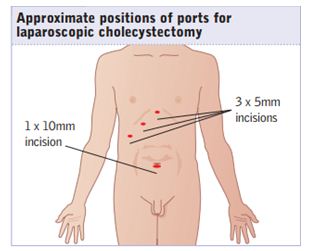 After the surgery, the patient can go through incisional, intra-abdominal and shoulder pain (Jensen, Kehlet & Lund, 2007). In the final phase of the surgery, the carbon dioxide must be released as much as possible from the abdomen. The reason behind this is that the shoulder pain post operation is proportional to the residual gas bubble size which is located under the diaphragm.

Every surgery has some complications which need to be handled immediately.  With surgeries like laparoscopic choleccystectomy collection of fluid in the abdomen, leakage from bile duct or gall bladder, bleeding etc are more frequent than others. Bile duct injury is the most routinely found complication which has covered 0.3 – 0.7 % cases around the world is the bile duct injury (Keus, de Jong, Gooszen & Laarhoven, 2006). This occurs when the anatomy in not identified correctly. In this type of emergency, a specialist liver surgeon must take command. It is recommended that a loop of small intestines must be used for the immediate reconstruction. (Lau, Lai & Lau, 2010)

The most important step is to monitor the patient regularly after the operation. After the operation, the patient is referred to the recovery area where they are monitored for an hour or two until they reach the stable condition. The monitoring staff must monitor pain, wound sites, vital signs, the level of post operative nausea and vomiting (PONV) and wound drain. In case of Joan, the readings are observed as pain 8/10, pulse 130, BP 90/50, respiration 26 and temperature is 38.9°C. There are drugs which reduce the post – operative pain such as non-steroidal anti – inflammatory drugs (NSAIDs) and non – opioid analgesics. After all the clinical procedure, the doctor must provide all the information to the patient related to their wound care, dietary advice, analgesic regimen and the return to daily activities. (Care of Patients Undergoing Laparoscopic Cholecystectomy, 2008)

There are a group of people who play different major roles in the interdisciplinary health care team. At the initial step, the patient visits a family physician where Joan gets diagnosed of acute cholecystitis. She is presented to the emergency department (ED) and then she gets transferred to the operation theatre for laparoscopic cholecystitis. The team in the theatre consists of surgeon, assistant doctors, liver specialist, nurses, ward boys, radiologist and interns. The surgeon plays the main role in performing the surgery and the assistant doctors help the surgeons. The nurses and the ward boys make sure that all the equipments are properly arranged before the surgery and they also monitor the patient’s activities. The interns observe the complete procedure as part of their internship period assignments. The liver specialist comes into play when bile duct injury is observed in the patient and the radiologist keeps an eye on the reading shown on the monitor screen. (Surgical Team, 2017)

Causes of Cholecystitis (2017) (online) available at  http://www.mayoclinic.org/diseases-conditions/cholecystitis/basics/causes/con-20034277 last accessed on 21/3/2017

Symptoms of Cholecystitis (2015) (online) available at http://www.healthline.com/health/acute-cholecystitis#Symptoms3 last accessed on 21/3/2017