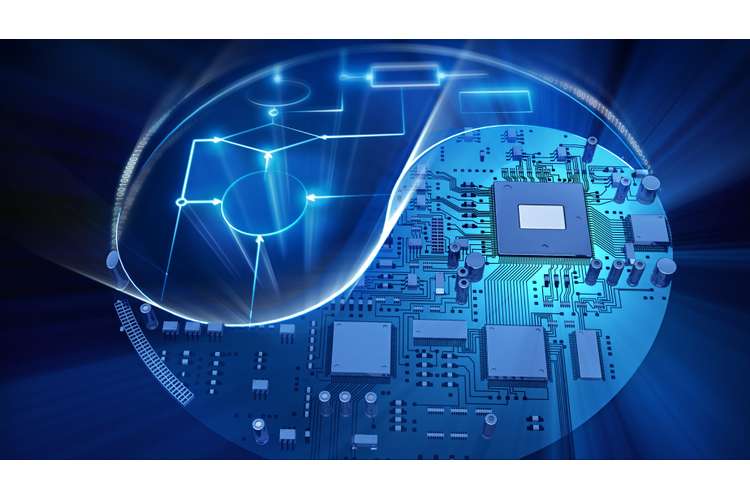 1.A customer calls HTH to request a home repair job. Details about the customer and the requested job need to be recorded.

2.Each tradesperson specializes in only one trade, and details of their trade and the date acquired need to be kept on record. 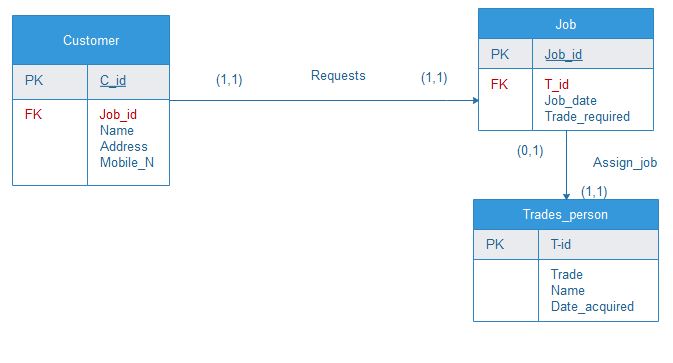 Trades_person is the entity for saving details of tradespersons with ‘T_id’ as the primary key. Assign_job is a one to one relationship where having a tradesperson for each job is mandatory So, cardinality is 1:1 and optionality is 0:1.

3.HTH has several trucks (including equipment) and allocates a truck for each tradesperson to do a job. Although some tradesperson have their own truck and equipment and advise HTH about this, so not to be assigned a truck.

The job type attribute is added in Job entity and the cardinality of ‘Assign_job’ relationship is also changed to 1:M. These changes allow the database to assign single job to multiple tradesperson.

5.At a later interview with the manager you learnt that HTH appoint one of the tradesperson to supervise others and see the work done by the other tradespersons.

The supervises relationship is defined from ‘Tradesperson’ to itself and the cardinality is 1:M and optionality is 1:1.

6.Also HTH wants to keep records of how the customer was referred to them – by what source (i.e. – TV ad, Friend, Internet, etc.)

A new entity ‘Refferal’ contains the record of the referral mode of the customer with ‘R_id’ as the primary key. The cardinality of relationship ‘Reffered_by’ is M:1 and optionality is 0:1.

7.Customers have the option to make partial payments for a service, as long as they pay no later than one week after the completion of any service. Details about each payment relating to a service, amount of payment and date need to be recorded. 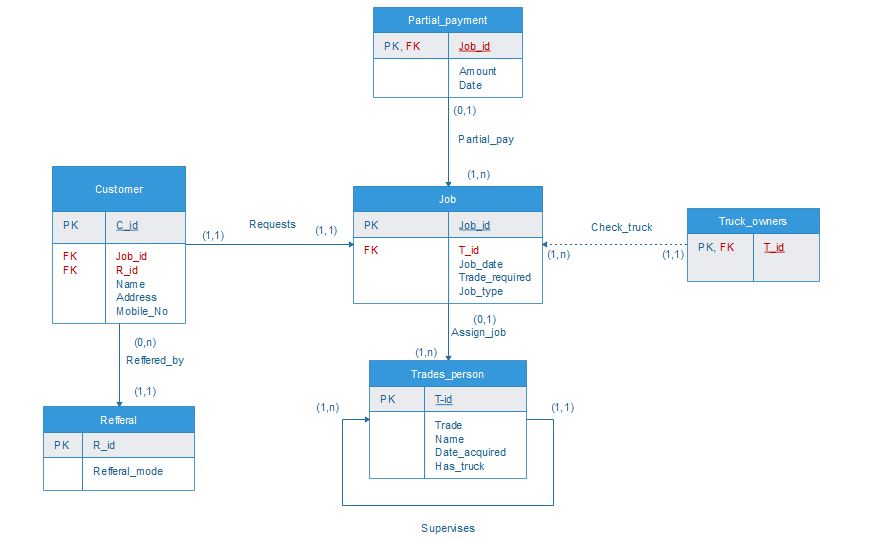