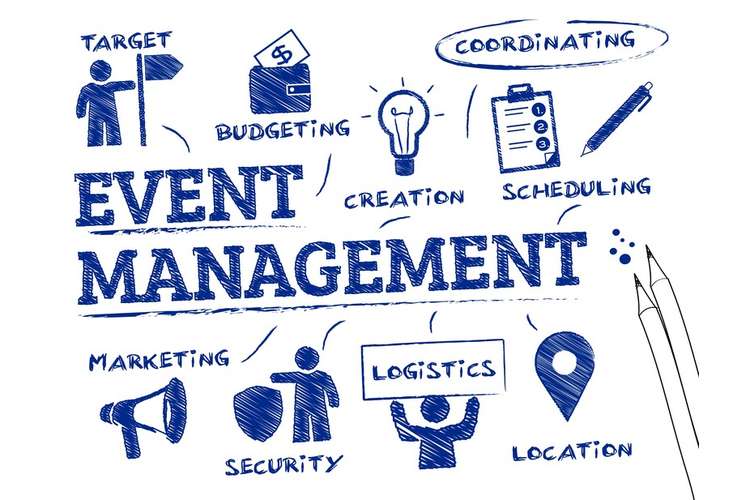 According to Krajewski et al (2013), Operations Management is the process of managing the activities of a program presentation which involve a large number of tasks such as providing accessibility of the venue to the audience, making effective communications, ensuring health and safety of people, making audience comfortable and make proper supply of food and beverage, provide all the facilities, disposal of wastage etc. These operations shall be effectively planned before implementation so as to provide full satisfaction to the stakeholders. This report discusses the evaluation of various aspects of an event held at the Gold Cast Area of Queensland, Australia on Saturday 4th February, 2017. The evaluation has been done after attending the event and observing the process of management of operations undertaken by the event mangers and the level of anxiety, breach of safety and satisfaction of audience observed during the event. 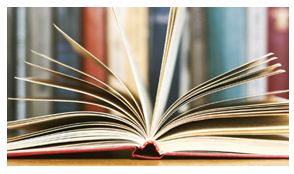 The event relates to the launch of a book held on Saturday 4th February, 2017 at 7.00p.m. It was held in the basement at The Arts Centre Gold Coast within the Surfers Paradise, Queensland. The name of the book is ‘Wantonness’ by the author Annette Kontoleon. The book is about the historical romance that relates to the genre of different time and morality at old times. Annette is a local author of Gold Coast and has been residing there for more than 40 years. Apart from the book launch there was theatrical performance of two of the scenes from Wantonness. The actors who performed the scenes were the award winning performers belonging to the Goal Coat Little Theatre. The cost of attending the event was $65 per person

Positive and negative impacts of the event

1. The selection of the venue was proper. The Basement of Gold Coast Arts Theatre was having good seating capacity and the ambience and built features such as stage were appropriate for the theatrical performance as well as presentation by the author about her book. The sound and lightning was provided by them so no extra cost was incurred for the same. The toilet and waste facilities were also proper.

2. The catering services were good. The food and beverages were supplied in sufficient quantities and at proper time intervals throughout the event. Proper care was taken about the quality and hygiene of food prepared to ensure the health and safety of audience.

3. The ushering by the volunteers was very helpful in assisting the patrons to their respective seats. The old age audience was made comfortably seated on the seats from where the vision to the stage was proper for them.

The site management was efficient a proper light and sound was provided to the actors performing the scenes of the novel.

Negative impacts– These include the factors which created dissatisfaction among the stakeholders with regards to the event and resulted in additional cost and delay in completion. The negative implications of the book launch event are as follows:

1. The ushering was done by the volunteers but special needs were not being accommodated. There were many people among the audience who were having problems with the written words, hearing and vision problem and many were from different cultures. No arrangements were made for taking care of such special needs.

2. The ticketing system was not effectively implemented as the tickets were not pre-numbered and the checking by the volunteers was very slow due to which the audience had to stand in a long queue.

3. There were issues in relation to the cleaning of toilets. This concerned the audience with health and safety issues. Also the waste disposal processes were not undertaken after the event and the garbage created out of food packs and other stuff was not properly disposed of.

Evaluation of aspects of operational management

There are various aspects of operations management in relation to an event such as cost of event, health and safety, facilities and accommodation, ticketing, ushering, site management, food and beverage supply etc. The evaluation of these aspects to consider the success of the event can be done by applying techniques such as principles of sustainability, Triple Bottom Line Approach, Cost Benefit Analysis etc. (Jonker & Dentchev, 2013)

According to Michael Ben-Eli (2010), sustainability is defined as an equilibrium which defines the relationship of the population with its environment in the manner by which the population utilises its full potential without being affected or influencing the capacity of environment.  There are five major principles of sustainability which can be used to evaluate the economic development, business strategies, investment initiatives and other issues. These principles are allied under five domains which are discussed below in context of the event:

The material domain or First Principle– It focuses on high productivity levels and flow of resources. The resources used in the event were appropriate and fulfilled the purpose of the event for the audience.

The Economic Domain or Second Principle– It focuses on the processes of pricing to guide the economy and adopt an effective accounting system. The pricing of the tickets of the event has been done on the total cost plus profit mark-up method. The price of $65 per person is sufficient to cover all the costs of the event and generate profits for sponsors and investors.

The Domain of Life or Third Principle– This principle ensures that the diversity in all forms of life of biosphere shall be maintained. No other forms of life are affected during this event since Italy relates to the human life.

The Social Domain or Fourth Principle –This principle focuses on the maximization of degree of freedom among individuals and self-realization of human being without having an adverse impact on other individual or groups. His event allows the self-realisation of self by individuals as it transports their thoughts to the genre of old times through the scenes of the novel performed by the actors. Also the interaction of audience within groups allows degree of freedom.

The Spiritual Domain or Fifth Principle– This principle focuses on the recognition of the seamless dynamic continuum of mystery, wisdom, love, energy and wisdom. And embody this recognition as the universal attics which could guide the human actions. The event aims at creating the ambience which promotes love and morality among the individuals through the book. 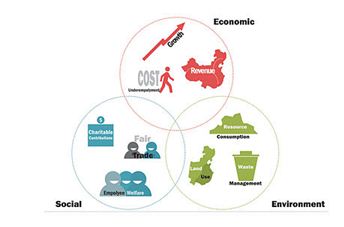 As per Lawler (2014) t is an approach used for evaluation of the value generation by the business. It is an accounting framework which comprise of different parts including social, ecological and financial. These parts or aspects are used to evaluate and assess the performance of the business from broader perspective in terms of three areas. This principle was given by John Elkington in the mid-1990’s who used this concept to measure the sustainability of an event or business. The evaluation of the event in context of different aspects of Triple Bottom Line (TBL) is as follows:

Social– This aspect relates to the effect of the social factors on the event. The event involves a group of people collected together for the same purpose as per their interest in the arts and literature. This establishes the social connection between them. The event relates to the theatrical performance along with the book launch. This aims at creating awareness among the audience with regards to the emotions of life such as love, energy, wisdom etc. The event does not involve much interaction of the audience with each other but it connects every participant to the presentation of the author and the performance of the actors. Thus the social values are cultivated among the individuals participating in the event.

Ecological– This area of influence relates to the effect of ecological factors on the event such as climate, weather, etc. and the influence of the event on the ecology such as waste disposal. The event has not been affected by the ecological factors since it was indoor event and thus the climatic conditions and weather could not create a huge impact. Also the improper waste disposal and garbage dumping during and after the event resulted in pollution and cleaning issues at the venue creating adverse impact on environment.

Economical– This impact relates to those factors which provide financial benefits and losses to the owners or investors of the event (Govindan et al, 2013). The pricing of the tickets was done effectively by adding all the costs and adding profit margin. Therefore, the cost benefit analysis of the event states that the event is profitable.

From the discussion and evaluation of the event of book launch at the Gold Coast, it can be concluded that the event has profitability potential and has long term sustainability. The assessment of positive and negative impact suggests that the negative outcomes and the grievances of the participants of event could be resolves by proper measures adopted for subsequent events. Also the positive implications conclude that the event was successful in providing full satisfaction to the audience. From the evaluation of sustainability in context of principles of sustainability and the Triple Bottom Line Approach, it can be concluded that the vent has the sustainability potential to a high extent and similar events conducted in future will be able to achieve high success in terms of operational management.