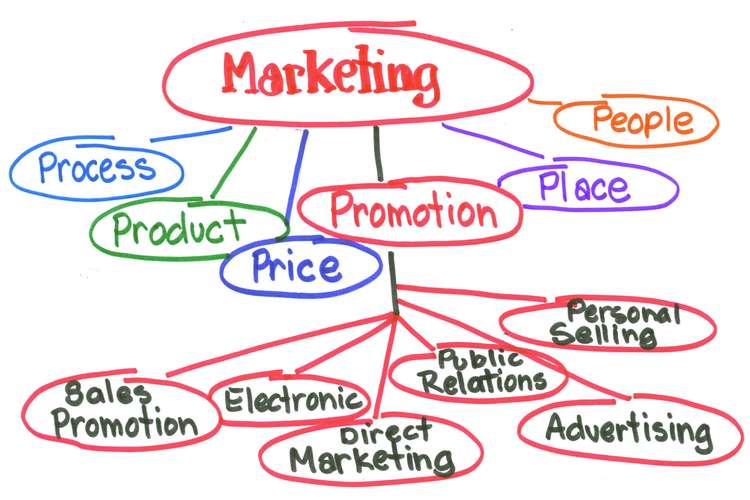 Indonesia is one of the growing economies. From the report, it can be concluded that Indonesia has been a developing country in which chocolate company can invest with having ample of opportunities. Haigh’s chocolate is a small company and wants to expand more and wants to sell its products and services in the Indonesia market. It also understands strength and weakness of the competitors and prepares international marketing strategy which helps it to cope with the risk and to fight the competition. It also measures the market and environment so that future can be predicted and strategies can be made. 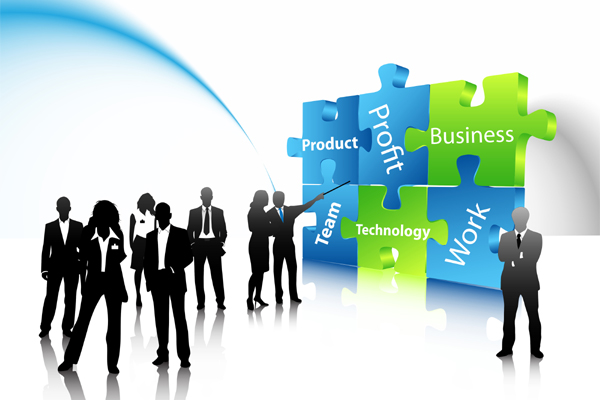 Research and analyses the market environment in Indonesia.

One of the methods is being chosen to analyse the market is PESTEL. The marketing research is being done in the Indonesia market so that theHaigh’s Chocolates can be sold (Cadle, et. al., 2010). Below are the analyses: -

The PESTEL stands for:

PoliticalFactors:Political environment or factors are the factors which help in knowing the political change in the market. The policies are being made by the government in order take care of the environment and the natural resources (Gupta, 2013). The Indonesia is a developing country, it has a democratic government. So, the people have the right to choose the product which is being present in the market. In the market, various products are available to satisfy the demands of the market. Haigh’s chocolate has to enter in the market which needs to fulfil the policies and rules made by the political parties. Though the organization is very small in size and has fewer funds it needs to understand the rules and regulations made by the Indonesia government. The trade policies are to be followed which is being implemented on the trading of the product.

Economic Factors:The financial position of the country is being analysed by the analysing the economy of the country.The economy of the country must be strong and has many of the positive factors which can give a boom to the economy. The per capita income of the person living in Indonesia is strong and has a good lifestyle to spend. The money is being circulated at equal intervals so that shortage must not be arises. GDP is the most important factor to be analysed while calculating the economic factors. Haigh’s chocolate has to check the financial position of the country Indonesia. Economic status has to be analysed as to sell the product in the market(Gupta, 2013).

Legal Factors:Before exporting the product into the market, the legal formalities have to be fulfilled. Without these legal formalities, no company can sell its product and services into the market. Haigh’s chocolate has to follow the laws made by the government. It has to work according to them. Wages to be provided to the labour must be correct according to the skills and the work performance. Moreover, the taxes have to pay on time to the government as to work properly in the market. Haigh’s chocolate have to think twice while entering into the market and it has to analyse the market of the Indonesia before selling its product and services(Terpstra, et. al., 2012).

Indonesia is fastest growing chocolate market. Indonesian consider chocolate as luxury item. Indonesians love chocolate. In Indonesia there is large production of cacao beans. Further cacao beans are exported in large amount to Europe and United States. The producers of Indonesia are trying to produce chocolate at affordable and high quality(Mordor Intelligence, 2016). The chocolate was used to be imported by industries in Indonesia but now the in house production of chocolate has been initiated and also there is more innovative and complex products are produced for customers. Thus for Haigh’s chocolate the Indonesia market is good and also involve lot of opportunities to grow.

Stability in the environment is one of the important factors in order to function effectively in a competitive environment. Competition is very healthy in Indonesia. The government of Indonesia has also established completion policy in order to ensure healthy and competition which is providing immense benefits to customers.(usaid.gov, 2015). The market of Indonesia is highly regulated thus ensures that there is no violation of competition laws and provisions. There is also rise in competitors in the industry of Haigh’s Chocolates which is very risky and threat for Company to survive in long run.

Existing player- There are many food and chocolate industries such as Silver queen, Nestle Indonesia, Delfi limited,Mayora Indah and Indo food which are providing chocolate products. These are the big and major competitors for Haigh’s chocolate. Companies such as Nestle have its own brand value which is making easy for Company to market its products especially chocolates to Indonesians. Delfi limited is a domestic producer of food and chocolates in Indonesia controls 5.2% market by its high sales(Speciality food, 2016). Domestic producers such as Delfi and PT Mayora Indah Park using niche market as marketing strategy where company has concentrated on specialised segmented market to achieve monopoly. These Companies also promoting and selling goods by segmenting target market. They are also keeping their prices competitive by buying beans and making chocolate locally. Foreign producer such as Nestle and Silver Queen in Indonesia market are using multi market strategy where it is focusing on different markets to reach large customers. Thus;Haigh choclate will require managing its marketing strategies and has to follow economical pricing and other related factorssuch as market positioning and setting of target market. Haighs chocolate will have to bring some uniqueness in its chocolate in order to attract large customers and to survive in such competitive environment of Indonesia market. Haigh’s chocolate will also be requiring changing its market positioning by changing the perception of customers of Indonesia. Market of Indonesia loves is indulge in use of cacoa beans thus Haigh’s chocolate will either require to follow that or will have to change the perception of customers.(Porter, 2011).

Supply-There is highdemand forchocolate by youngsters and adults in Indonesia market. The supply of chocolate is relatively high matching with the demand (Porter, 2011). Most of the Companies of Indonesia import chocolates which are highly branded. Thus Haigh’s chocolate can bring uniqueness in its chocolate by bringing different flavour, maintaining high quality, attractive packaging and low prices of chocolate product which can fulfil the demand also the taste of importers and customers.

Customer-One of the most common behaviours of the customers in choclate industry is always demand of the product at low prices and also at longest credit term. Most of the companies in Indonesia market which are generally newly established in chocolate industry give a number of facilities but it fails to meet the certain demand by the customer(Porter, 2011). Companies in Indonesia market also cannot guarantee the security of supply with the best quality. Haigh’s chocolate will also require analysing the behaviour and want of customer as most of the customer at the end only prefer and concern of the prices.

Develop and justify an international marketing strategy for Indonesia

One of the primary and fundamental decisions for international marketing is to make an entry and in order to enter in Indonesia Market Haigh’s Chocolates can adopt following ways:-

Licensing and Franchising- Licensing and franchising are one of powerful strategy for marketing of physical goods. Haigh’s Chocolates can enter into an agreement with chocolate manufacturing company of Indonesia such as Mayora Indah can give permission to use manufacturing process of chocolates.(Ruzo, et. al., 2011). As Mayora Indah is already dealing in same industry and it will be easy for Haigh’s Chocolates to market its chocolate by giving licensing franchising to this Company. This will help Haigh’s Chocolates to access international market easily without any risk from government intervention.

Exporting-Exporting is a medium where a Haigh’s Chocolates can reach to Indonesia market and market its products. This marketing strategy of business can be long term and does not for increasing sales and profits (Babatunde and Adebisi, 2012). Exporting will help Company in testing international strategies and to increase its marketing of products.

STP is segmentation, targeting and positioning which is an essential part of modern marketing. This model will help Haigh’s Chocolates to prioritise its prepositions and also covey relevant message in order to engage with audiences of Indonesia. Segmentation is the separating Indonesia market in smaller group with similar needs and identifiable characteristics (Powers, et. al., 2010). Targeting is focusing on group of related customers and offering products to them. Positioning is the creating a perception among the customers in Indonesia market regarding competitive products.

In order to gain the chocolate market of Indonesia, marketer of Haigh’s Chocolates is to create a market activity which can convey the value of the product(Majaro, 2013). Below is provided various elements of marketing which should be considered before initiating marketing:-

Promotion- Haigh’s Chocolates can decide an attractive and convincing message for people of Indonesia in order to attract them for the product. In deciding the message company must have the knowledge of Indonesia people. Haigh’s Chocolates must also evaluate the political climate as any there may some regulations and legal issues such as copyright, trade regulations, employment laws and safety from the government of Indonesia and which is required to be following. Haigh’s Chocolates must also gain knowledge on culture which is persisting in Indonesia (Powers, et. al., 2010). The level of media whether television, news channel social media must also be evaluated in order to make most of the selected media channel for conveying of the message.

Promotional tools can be advertising, price promotions, and point of purchase. In adverting company can use the maximum advertising which is commonly used by competitors and rival firms in Indonesia. (Babatunde and Adebisi, 2012). Haigh’s Chocolates can provide at lower prices, or can offer free for some specific period where it will earn break even profits. Promotion tool can be adopted by Haigh’s Chocolates as per competitor’s strategies such as use of competitive pricing in selling of products by having in house production of chocolates. Haigh’s Chocolates can also build up its own way of promoting its product which can convey message to large customers. New technology must also be adopted by Haigh’s Chocolates in promoting its product in order to survive in competitive world. Internet technology is one of most adaptive technology by Companies in Indonesia in promotion of its goods as this technology is very cost effective and attractive one. This technology will also help the companies to reach customers from all over the world.

Ayub, A., Razzaq, A., Aslam, M.S. and Iftekhar, H., 2013. A conceptual framework on evaluating SWOT analysis as the mediator in strategic marketing planning through marketing intelligence. European Journal of Business and Social Sciences, 2(1), pp.91-98.