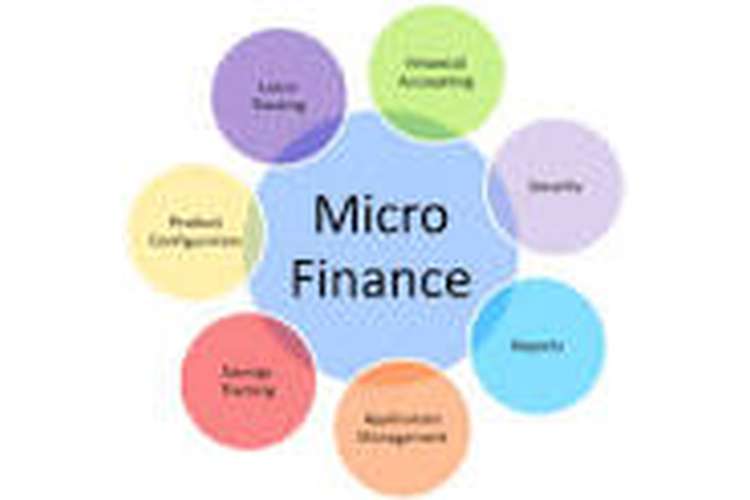 Microfinance is the financial services for the small business or groups for baking related services. Microfinance can be referred as movement. Microfinance is the innovation of the new market for the poor people for financial services. Through this innovation Micro Finance provides solution to the asymmetric information and cost problems which are related to the poor people and small business. Micro Finance has been considered as the business innovation. Through micro finance the small and medium business can be supported in rural areas to have proper growth with lower tax. Through the micro finance the lower income people or households are encouraged to have permanent access to have better or higher quality services in finance. This is a business innovation management as through this discovery the small businesses are having proper growth with lower debts. As the organisational entity has been offering the services to other business entity in the developing countries this can be considered as the business innovation. The microfinance has been innovated through many diffusion stages with wide spread adaption of innovation.

1. What is the principal agent problem? Explain carefully and give an example outside the area of microfinance.

The principal agent problem is known as the problem of the motivating one party referred as the agent to act in behalf of another party who referred as the principal. Within the political science and economics the principal agent problem is also known as the theory of agency or dilemma the dilemma occurs while one person is able to make decisions on behalf of others. While incentives are not aligned perfectly within the principal and the agent the agency problems arise. After the agency problem arises the agent will be tempted to act in his own interests rather than the principal’s interests. (Armendáriz, and Morduch, 2010) The principal hires the agent for doing specific job or duties. In the occurrence of the conflicts of interest the work which has been done by agent, does not represent the best interest of the principal. When the agent bears the full cost by outing efforts in the tasks which has been assigned to him/ her by the principal and does not receive the full benefit which results from these efforts then the interest of conflicts occurs. Later this may invoke the agent to put in fewer efforts than the agent would do on acting on his own interest. This will impact over the working performances of the organisation. This type of moral hazards are relevant in the banking industry. Within this sector the risks arise while the actions of agents lead to the risks which are not observable in the public. The conflicts of interest can occur in any context where the agents are paid by other party for their assigned work. (Banerjee, Duflo, Glennerster, and Kinnan, 2015)

Example: a firm employs a new employee who has the responsibilities to examine the competing bids and prepare reports on each material. The employee can favour particular suppliers for the bids with unrelated reasons with the merit of proposal or the employee can make up the facts without thoroughly researching the data or facts.

2. Brief discussion of microfinance using the principal-agent framework. In particular.

Micro-finance is one type of banking service which has been provided to the low income individuals or unemployed or to some groups who are unable to have access to finance services. micro financier is the organisation or the person who is offering the micro finance service with the goal to provide an opportunity to the low income people on becoming self sufficient by providing insurance, opportunities in borrowing money and save money. (Mersland, and Strøm, 2010).

(b)Who is the principal?

The agent is the agents are the one who have the duties to do the work which are aligned by principals by following the predefined terms and contract. If the incentives of the work are not aligned within those of the principal then the agents have got the motivation and the ability to work or act against principal’s interest. Within the example the employee is the agent.

(d)What is the principal agent problem that can occur? Explain carefully

3.What is the social responsibility challenge micro-financiers should meet?

The goal of the micro finance is to strengthen the economic and social development of the country with sustainable way. The micro financiers have to respond to the negative symptoms which are appearing into the market at the present time. The finance reporting is necessary which are ever changing providing challenges to the Micro-financiers. One principle challenge is providing the small loans within affordable costs more articulate community members can cheat less educated neighbours this impact over micro financiers as microfinance initiatives need a large amount of trust and social capital. Rates of inflation can cause loose of value of funds. As a result the savers as well as the collector both are facing challenges in saving and benefits. The savings of poor people can also fluctuate by these problems as unexpected costs can take priority. (Imai, Arun, and Annim, 2010)

After the fall of Soviet Union the free markets have swept the world by taking roots in china, Asia Eastern Europe. With these, businesses were continuously to grow resulting benefits to a certain category who is 40% of the people while 60% are living over 6 percent of the world income. As a result certain regions worldwide are suffering worst scenarios of poverty. The micro finance has been deliberately trying to create a world without the poverty by providing different facilities to those who are incapable of availing the services of finance. The micro finance is based on the principle that the poor people should be raised to better level with nit just loans but by savings, money transfer and insurance services. The micro finance services are helpful to the poor people by providing them the opportunities to raise their incomes, building up assets. The micro finance is also integrating the financial needs of the poor people within the mainstream of country’s financial system to lessening the poverty in country. (Armendáriz, and Morduch, 2010)

With the experience Hugh Sinclair presented that in countries like India the micro financiers in many cases are not helping the poor people in raising their incomes rather suicides are increase with the misconduct of the money-lenders. Within the microenterprises the child labour is also increasing. (Srinivasan, 2010) To improve the adverse situation the women and the people who are taking loans should be empowered by giving them proper education which will make them able to decide themselves.

As a policy maker I will choose the second option of taxing the rich and redistribute the poor. The redistribution of the cost will lead be done through the taxation. In order to reshaping of the tax deduction should be done to deduct the tax of the poor people and low and medium income family. Through the taxation of the rich people and higher revenue business the micro finance facility can be provided to the poor people. The higher tax to the rich people will make the nation able to redistribute the wealth among the poor people. A progressive income tax will provide the ability to redistribute the tax. Through this policy the higher tax rate income person will give more tax to government than the lower income person. This will maintain the degree of wealth among all levels of society. In order to alleviate the poverty from my native country the redistribution of wealth through taxation of richer people the economic stability can be can be gained. Through the redistribution of wealth the lower income family can be provided with better opportunities financial system. Through this taxation policy the micro economic wide base can be provided with better opportunities by the nation rather than the selected individuals. (Armendáriz, and Morduch, 2010)  Through transfer payment method redistribution the nation can be able to lower the rate of inequality within the wealth by benefiting the poor and giving them the opportunity to pay no tax or less tax. These methods will also provide the ability to the society on controlling how the funds are being spent.