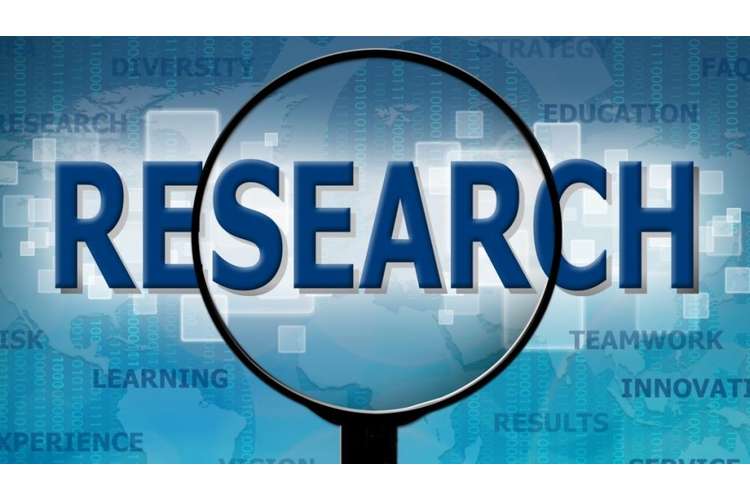 In terms of the whether incentive was provided by the company, 52.6% (n = 66) of the chosen companies said to provide incentives for the management of climate strategic change issues, including the attainment of targets while 47.4% (n = 27) did not provide incentives.

Figure 5: Pie chart on whether the companies provided incentives or not
Table 4: Incentive offering based on companies

As can be seen, it is evident that there is no statistically significant association between type of company and offering incentives to motivate employees to conserve carbon emissions.

Descriptive were obtained from the various categories of the firms with regards to their industry and whether they offer incentives or not.

On the other hand, it can be seen that the median of the banking, trading and retail industry are -9.2, -2.2 and -0.045. More evidence can also be seen based on the mode where the banking industry has no mode while the modes of the trading and retail industries are -5 and 0 respectively. Since the mean is not similar to the median, it can be concluded that the data is asymmetrical. With this in mind, it is seen that the banking industry is negatively skewed (median is greater than the mean) while the trading and retail industries are positively skewed (mean is greater than the median). Conversely, the kurtosis of the banking and the retail industry is positive kurtosis (distribution has heavier tails and a sharper peak) while the kurtosis of the trading industry is negative kurtosis (distribution has lighter tails and heavier peak). The three industries combined have a mean that is greater than the median. Thus the distribution is positively skewed at 6.62 and also has a positive kurtosis at 50.04.

An ANOVA analysis was carried out to determine if there were any statistically significant differences between the means of the two groups of incentives.

Thus, there was a need to confirm whether the industries had varied changes in the percentages of emissionsof gross global combined scope 1 and 2 emissions declines.

On the basis of industries, it is evident that there was a statistically significant difference in the percentage change of gross global combined scope 1 and 2 emissions decline.

It is evident from table 10 that there is a statistically significant difference (p = 0.033) in the percentage change ofgross global combined scope 1 and 2 emissions decline between the industries when adjusted for the presence or absence of incentives to the management.

From figure 6 above, it is evident that the percentage changeschange ofgross global combined scope 1 and 2 emissions decline in the two categories were positively but were weakly correlated (r = 0.34). The correlation, derived from the shown R2linear is 0.113.

From the descriptive statistics, it was seen that there was a greater change in the percentage change of carbon emission of CO2e in the environment (-3.25%) when the management was provided with incentives. On the other hand, when there were no incentives, the percentage change in the CO2e emissions in the environment was lower at -4.3%. Thus, the descriptive statistics suggest that when there are incentives to the management, firms among the various industries will opt to adjust their CO2e emissions more compared to when the incentives are not provided to the management.

From the correlation analysis, it was seen that there was a positive relationship between industries providing incentives to their employees for carbon emission and reduction of CO2e in the environment. Thus, this was used in not accepting the null hypothesis and instead choose the alternate hypothesis.

The study has shown that there was a positive relationship between industries which provide incentives to their employees for carbon emission and reduction of carbon in the environment. Such a result has also been documented in similar correlations. However, King and Lenox (2001) cast doubt on the causal claim which controls for the fixed characteristics and the strategic position for a firm. Nevertheless, the research supports the research by Dahlamann & Brammer (2013) which found out that firms who offer both monetary and non-monetary incentives upon their intensity in carbon emissions reduce the intensity of carbon emissions for energy-intensive firms. Though this is only evident if they assign the responsibility for climate change to an independent director. Most of the studies have shown that when employees are provided with incentives, there are more likely to give priority to the task at hand and give their highest level of commitment and devote more of their time to the task (Zhao et al., 2012). Employees are more likely to respond to incentives, especially monetary incentives by working harder or choose to self-select themselves into those performance jobs pay which best matches their own level of ability.

The difference in the various percentage changes on the industrial levels just goes to prove that carbon reduction is not vitally equally for all firms and across all industries (Zhao et al. 2010). In some certain industries, the reduction of emissions of carbon is a central economic issue. Firms in these industries emit a high amount of carbon emissions through their services, products, and operations. This is true especially in the trading industry where even the introduction of incentives has seen a minimal reduction in carbon emissions. On the other hand, in the banking and retailing industry, efficiency is key and with the introduction of incentives, the carbon emissions have been seen to reduce drastically.

The volatility of the percentage change in the reduction of carbon emissions and reduction can be attributed to the behavioral school which argues that incentives have a progressive effect on the motivation of employees through the provision of positive reinforcement (Kamenica, 2012). As a result, it leads to the increase in the frequency of behavioral rewards thereby leading to an enhanced performance. Thus, as more incentives are provided, various companies will be able to minimize their carbon footprint through minimization of wastage and enhancement of efficiency in the production line (Foxon 2013).

Lobbying for incentives to be implemented to reduce carbon emissions needs to be pursued. There is a wealth of accumulated evidence which has shown how environmental performance influence financialperformance (Horváthová, 2010).However, there is still a gap on why firms choose to disclose and what the implications of their decisions are. Thus, what firms need to do in order to achieve a better environmental performance should be explored. Consequently, the incentives to the employees will have a positive impact on their performance through the increase of effort direction, intensity and duration (Hameed, Ramzan & Zubair, 2014). According to Nyberg et al., (2010), this is possible at the organizational level by attracting and retaining employees who have a high ability.

More efforts need to be put for a reduction in the emissions of not only carbon but also other toxic chemicals. Ambec et al. (2013) lobby for this since in their research they found out that a 10% reduction in emissions of toxic chemicals leads to an increase $34 million in the value of the market. Though most markets penalize firms for their carbon emissions, according to Ioannou and Serafeim (2012), some of the firms globally opt to avoid disclosing their decision on their emissions. Hence, according to Matsumura, Parkash & Vera-Munoz (2013), further, penalty needs to be imposed on the firms which opt not to disclose their emissions information.

Study limitations have to be identified so as to describe what the research instruments are not able to achieve. For this study, the important limitations had to be highlighted. Data used in the research was secondary in nature and thus was from online sources. The risk of using secondary data is that the data may have bias from the initial data collectors. Consequently, the data may not be presentative of the whole of the whole population. The sample size used in the study may play as a limitation to the project. In this research, the data used were from only three industries, the banking, retailing and trading industry. The three industries spanned only two countries, the United Kingdom and the United States. Consequently, 97 companies were used in the analysis. Thus, the results obtained may not be applicable to other industries or other countries across the globe.

A further research is recommended and needs to be carried out in order to improve this study. The future studies need to be inclusive of more industries and regions across the globe. The inclusion will ensure that the research can be used to across various industries and countries in the world. It is important to note that a more inclusive dataset will allow researchers to explore and shed new light on some of the most plausible mechanisms which are engrained with ambitious targets and incentive provisions which are linked with the degree of target completion. Future researchers can also seek to explore how different types of incentives affect firms with regards to the degree of carbon emission and reduction and how this effect the outcomes of the organization.