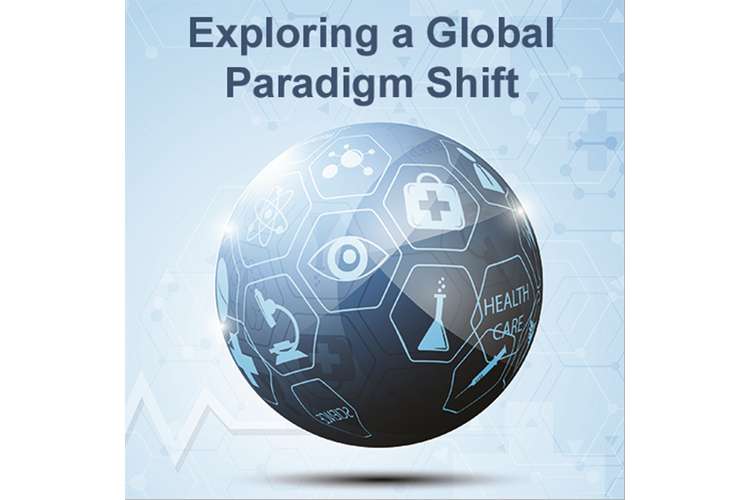 Strategic choice making has become one of the most important factors in the success of organisation and several elements are responsible for its efficiency. The current essay has focused on providing a critical analysis of the contribution provided by strategic choice and determinist theories towards the understanding of organizational behavior action. In this context, the importance of strategic choice is analysed following a detailed discussion on determinist theories highlighting three theories like institutional theory, resource dependency theory and population ecology theory. Then a suitable perspective is provided for the most influential strategic determinism.

1. Critical analysis of the contribution provided by strategic choice towards the understanding of organizational action

For stimulating sustainable decision making effective process of strategic choice is quite an important factor and the heart of well strategic planning based on the capability of surfacing significant issues and making good choices in decision process for catering to such issues. In the context of general management strategic choice is referred to as power relationships in different contexts of organisation and organisational members bearing the role of managerial responsibilities are not only limited to certain contextual factors like environment factors or availability of technologies or other environmental factors but they are exposed to certain decision making as well (Grant, 2016). Strategic choice process refers to the corporate strategy of organisation comprising of numbers of factors like exploring strategic options variety that often emerges as the very essence for corporate strategy.

Necessarily at the initiation of strategic choice process it is required to state, reaffirm and agree the organisation’s fundamental purpose. In this context clear definite understanding is required in relation to the understanding that is going to enjoy the benefit and their expectation from organisation. Most significant strategic choice is determined through different factors like nature of the benefit, intended beneficiaries as well as indicator of benefit delivery to beneficiaries. Top management and the governing body of the organisation stand in frontline for accelerating clear agreement about each choice making which is the most elemental purpose of organisation. Sound choice making for an organisation is characterised by the attributes of believability, authenticity, deliverability and communicability.  In order to make authentic strategic choice the managers must consider that the organisation follows options clearly and who can be beneficial by such decisions (Wheelen & Hunger, 2017). Authentic choice constructs the very basis that the business is going to compete and the way through which firm is going to accomplish competitive advantage for the selected customer segments. Believable choice stimulates from the commitments and evidence from team members responsible in the context of decision making. Lastly, the strategic choice needs to be communicated properly otherwise all efforts will go in vain.

2. Critical analysis of the contribution provided by Determinist theories towards the understanding of organizational action

From this discussion the importance of two variables like power and dependence is realized. Each organisation is capable3 of obtaining power and competing with other resulting in the issue of the survival of organisation as constrained to the organisations’ action in environment. RDT has described this aspect as organisations’ interdependence on environment. RDT has understood the fact that each of the actor’s within the organisation desires to increase their power over others and reduce dependence (Lenski 2015). RDT describes the action of organisation in collaborating with mergers by proposing three significant perspectives like for reducing competition by divulging a significant competitor, diversification of operations for lessening dependence on the organisation for exchange and managing interdependence through absorption. On the contrary (), has criticised RDT for the deficiency in discrimination between mutual dependence and power imbalance, confounding theoretical predictions and normative prescriptions, possessing ambiguities in boundary considerations and focusing more on dependence of one of the actors on other rather reciprocal interdependence.

Earlier works of research have found RDT’s application is supportive towards Joint ventures as it is found most commonly in interdependent firms.Hubbard, Rice & Galvin(2014) has found that forming alliances in low environmental circumstances are more favourable towards the reaction of stock market, indicating dependency magnitude for successful prediction of these forms.Booth(2015) has found that firms are responsible for accomplishing power over the providers of resource through entering into alliances while it is found that corporate relationships are more advantageous for smaller firms. Scholars are quite focused on dynamic nature of power and interdependence derived from RDT. Through the discussion of various scholars it is understood that RDT is beneficial in terms of general relationships among firms, their actions and environments for the reduction of dependencies though regions of executive succession and political action are not explored properly. The application of RDT in executive succession is dependent on assertions that executive succession is responsible for reducing environmental dependencies and external dependencies determine inter-organizational power.

Powell and DiMaggio have concluded with the fact that the total effect of the pressures of institution results in increasing organisational structure homogeneity in the environment of institution. In current years policy makers and scho0lars are paying increasing attention for asserting complex relationship between economic development and institutions. () has examined the fact that during high level of cooperation and consensus within the environment of institution innovative structure diffusion is quite long-lasting and steady. Innovative structure adoption on the other hand is quite low during unfocused and contentious institutional environment. On the other hand,Suddaby(2015) has found the fact that organisations are responsible for adapting innovative structures during high coercive pressures whereas adoption rate is quite slower during low coercive pressures. Legitimacy is built with increased adoption accelerating adoption rate of structural form.Fuenfschilling & Truffer(2014) have confirmed the fact that later organisations embrace structural form for the maintenance of legitimacy while earlier organisation depends on new forms to increase efficiency.

Ecology refers to the living organisms’ interaction with the environment. Population ecology, on the other hand, deals with ecological discipline communicating with dynamics and structure of the population of biology. Thus, the focus of population ecology is on single population or on one of the few species involved in interaction. According toVayanos & Woolley(2013), the population of any organisation is determined by all organizations within specific boundary possessing common form. In the literature of strategic management and economics industry forms the closest counterpart. Population ecology theory is determined by various factors. Inertia and change suggests that the organisations are reliable and accountable towards those who can survive following the principle of natural selection. Niche theory of population ecology distinguishes two organisation types like specialists and generalists. Specialist organizations are responsible for maximising environment exploitation and showing acceptance towards the risk of experiencing chance in concerned environment. Generalized organisation contributes towards greater security through the exploitation at lower level. Resource partitioning contributes towards integrating a relationship between specialist and generalised organisations.

This model predicts about mortality rates and founding of both generalists and specialists as the function of concentration towards market. Density dependence includes predictions of founding rates and mortality rates as dependent on the organisation numbers. The concepts of supply and demand are closely associated with density dependence sub theory. Age dependence is responsible for exhibiting the ways through which mortality risks of organisations is connected with the age of that organisation. In the liability towards newness initially failure risk is quite high while it gradually declines as organisational change is confronted with environmental change (Vayanos & Woolley, 2013). The failure probability increases with the risk of change and if the change in environment is uncontrolled. Initially mortality risk is low as organisational has suffered from failure situation with cumulative change of environment and then the failure probability increases due to uncontrolled environmental change. Liability of aging states that failure of risk increases with the change in organisation.

Hannan and Freeman have advanced t6his theory the core competence of organisation is its strategy and internal pressure is responsible for preventing sharp changes in present strategy. The ecology and demography of organizations is quite appropriate when organizations have to succumb under inertial pressure. This theory proposes the fact that de4nsity of ecology is one of the most important factors accelerating strategic choice and change. Industry of high density is responsible for worsening competition. The relevance of this theory in organisation context is that it proposes the idea that in the diversity of organisation long run changes reflects accumulated consequences in the differences of short-run in populations’ net mortality rate. Om the contrary,Suddaby(2015) has argued introduction of complexity theory is necessary for complementing ecology based strategy of organisation. Darwin’s evolutionism is responsible for regarding natural selection as the single drive for biological evolution and neglected orders generating complex systems. Self-organized components of this theory survive, organize, innovate, develop and evolve by it without exhibiting much dependence on external orders.

5. Explanation  of the most suitable perspective

It is understood that strategic choice making is extremely important in the context of organisation. In this relation the importance of determinist theories are understood. It is also realized that population ecology is the most suitable approach for strategic decision making for its close alignment with flexibility in adaption. This theory proposes the fact that de4nsity of ecology is one of the most important factors accelerating strategic choice and change. Industry of high density is responsible for worsening competition. The relevance of this theory in organisation context is that it proposes the idea that in the diversity of organisation long run changes reflects accumulated consequences in the differences of short-run in populations’ net mortality rate.