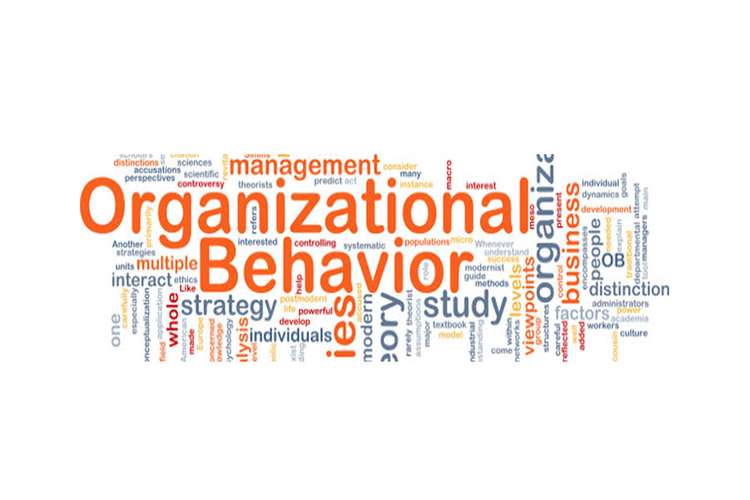 OB or Organisational behaviour is an Applied Behavioural science involving the study of the influence and impact of structure of an organisation, the individuals and groups on their behaviour in the establishment. The purpose of study is to apply the knowledge of such behaviour towards improving effectiveness of the organisation.

OB is also described as an interdisciplinary field and involves the study of communication, psychology as well as management. It is seen as the theoretical study which subsists on organisational theory, as well as intra-organisational aspects. It also involves the study ofhuman resources and establishing business practices for optimized efficiency and strategic success.

Theoretically, there are two theories to studying organisational behaviour. These are - Internal perspective framework and External perspective framework. The study of organisational behaviour is important as it establishes, in theoretical paradigms, the reasons for managers and employee behaviours. It hence, becomes learning and evaluating tool for employees and managers to improve their work performance and seek higher job satisfaction. The significance of OB in management sciences is that management can apply successes learnt elsewhere to their own environments.

(1) Managers acquire knowledge and sensibilities of the legal framework for equal opportunity employment and also to encourage ‘fair’ treatment of people, unmindful of the demographic characters.

(3) Encourage personal development practices to encourage abilities of workers and also admit that perspective is a valuable way to improve performance across the company (Mullins, 2007)

The three components of Attitude which impact the workplace

(1) Cognitive -These are what form or represent our thoughts, ideas and beliefs about everything. They are stereotypes that emerge from such ideas

(3) Conative – this is the behavioural component where individuals are expected to act in a certain way. Attitudes is defined as evaluative statements and very complex due to the various components.

Job Satisfaction is described as the positive feel about a job due to the evaluation of its characteristics. Major causes of job satisfaction are of discussed based on two approaches – single global rating and summation score for some of the facets of a job. When broadly considered, job satisfaction is all about nature of the work, present pay, promotion opportunities, supervision, and relations between co workers. Other facets include interesting job profile, variety, interdependence and control. Salary and job satisfaction are interlinked intricately.

The five key traits in the Big Five personality model are – extraversion, conscientiousness, agreeableness, openness, and neuroticism. However, these are very broad categories of personality traits and are known to represent a range between the two extremes. This can be discussed as the continuum between extreme extraversion and extreme introversion and similar other traits as well. These five traits, according to researchers are influenced by biological and environmental influences. Longitudinal studies reveal that these big five person6lity traits are stable across the adulthood.

Concept of perception is very important in the study of OB because it identifies the role of perception in an organization. It also establishes different roles like understanding performance of tasks, understanding the importance and association of tasks allotted, understanding behaviour in terms of respective tasks and role perceptions clarification. The perception process involves receiving, selecting (external and internal factors), organising and interpreting

8.
Motivation theories are of several types, however, according to Edwin Locke’s goal-setting theory, there are important implications for managers. The basic premise is that there are difficult goals and specific goals which when self-generated will offer feedback. This will lead to higher performance. There is a relationship between performance and goals and will also be characterised in the tasks – independent vs interdependent, complex vs simple, national culture.

Difference between formal and informal groups is that formal groups are created by official authority, so as to ensure desired objective is fulfilled. However, informal groups are formed with relationships with likes, interests and attitudes. Formal groups will focus on issues, with respect to organisational norms and improve functions of the workplace as well as morale.

10.
Leadership and Management difference is that leadership is accountable for the entire organization, while management is for the team. The relation is symbiotic since leaders lead the business environment, while managers manage the work. The difference is between managing between leading. The best leaders are known to lead while best managers  mange work efficiently. Every leader’s vision is what a manager can execute. Leaders are accountable and  set direction, inspire people,  are inclusive and is able to think outside of the box and good with abstract or critical evaluation of the overall picture of the organisation. Managers are more focused on their department or segment and pursue optimized benefits and resources for their own department.

11.
Power is defined as the ability to influence other people and will affect the behaviour of co-workers. The power is to control resources and to exchange relationships with transactions which occur in between the agent and the target. The person who uses power is the agent, while the target is the recipient of the attempt to use power. The distinction between power and authority is the ability to influence others, while authority is the right to influence another person. There are several sources or bases of power. These are reward power, coercive power, legitimate power, referent power, expert power. Power is acquired by means of extraordinary works, visible activities, coalitions, and personal as well as positional power.

Management theory has established that the organizational structure defines the strengths and weaknesses of an organisation. These main elements are – Culture, Change, System and Motivation. The organisational structure defines the tasks which are divided, coordinated and grouped in organisations. They are grouped into six elements – work specialisation, Departmentalization, Chain in Command, span of control, centralisation and decentralisation, apart from formalization. Organisational structure is very important since it deploys explicit and implicit institutional rules as well as policies for work executivon. The roles and responsibilities are designated, delegated as well as controlled and coordinated on this basis. There are typically four types of organisational structure. The first is the functional structure or the bureaucratic structure. It breaks down the company in terms of the specialisation as well as the workforce. In the second type, the organisaiton is divisional or the multidivisional structure. It uses the method of leadership team on the bases of projects, subsidiaries, and products. The example is that of Johnson and Johnson. The third type of structure is called the Flatarchy structure. In this type, typical of start-ups, the hierarchy is flat and the chain of command is about employees gaining a lot of autonomy. It also focuses on the type of structure and also high speed of implementation. In the fourth type, a matrix structure is followed. Here the is confusion and structure is mixed in terms of employees as well as superiors, departments and divisions. The employees are matrixed as a company and will perform several duties in terms of sales and customer service.

13.
Distinguishing ‘dominant culture’ from a ‘subculture’ is typically based on the dynamics of contrast in organisational behaviour. The dominant culture in the organisation is all about shared values at its center. It is defined as the culture which is powerful, widespread, influential and has political backup. There is social responsibility and ethical company with policies are known to affect the organisation. It is also about work setting. In the subculture it refers to group of the organisation which shares common problems, experiences as well as common situations. The subculture is about meeting different needs and will also perform different functions in terms of staff members and their administrative position. The individual as well as the managerial position is all about identification of language, symbols as well as jargon and each culture will avoid other social structure will impede or affect the organisation’s life. The dominant culture is about inclusion of subcultures and will consist of core values and additional values which are unique to the subculture. This helps the organisation to share a common problem or experience which is unique to them.

14.
The six specific forces for change are in relation to the change or alteration in terms of total work environment. The term change is that alternation which occurs when work environment of an organisation changes. It is with respect to the organisational system which is disturbed due to internal or external forces, and change is frequent. The forces of changes are technology, marketing conditions, social changes, political forces of the external force type, while internal forces are those related to nature of work force, change in managerial personnel, deficiencies in existing management structure (Gronroos, 1990).

What are some of the potential environmental sources of stress? The causes and forces of change are in terms of organisational change. There is potential for stress in an environment as it is thought of as a person who sees change as a threat and exceeds the person’s capabilities and resources to meet it. The conditions and the substantial differences act as rewards.