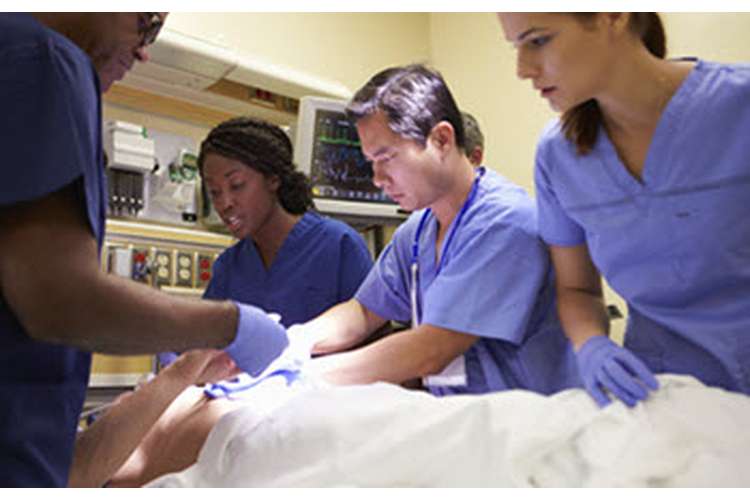 This is the solution of medication safety assignment help in which we discuss the importance of mediacian safety,methodology, administer to the medication to the patients and the doctor and nurses have to keep maintain a printed medical information of the patient.

The research aims and objectives were clearly stated as the importance of medication safety to reduce the instances of medication errors. The medication error is a common type of error but its consequences on the patient is very critical as it can lead to patient harm and also cause considerable expenses in the follow up treatment that is conducted to reduce the impact of the error (Cronenwett et al.2007). The main goal of the good research is to identify the medication safety practices of the nurses and explore the ways in which the risks could be minimised. It is a an important and relevant topic pertaining to the nursing practice since nurses are the personnel who are entrusted to administering the medication to the patient from time to time as per the doctor’s advice. The topic chosen by the researcher is very relevant in the nurses’ practices as medication errors are the most common type of errors committed by the nurses with a wide range of ramifications (Mayo & Duncan,2004). The abstract contains all the relevant portions of the research like aims and objectives, literature review , methodology, ethical considerations, data collections etc. In the research paper all these sections were clearly written and a brief outline was presented in a clear and lucid manner.

The setting for conducting the research was appropriately chosen by the researcher to be a hospital in Amsterdam in which there were 30 beds. The medication was prescribed in the electronic medium by the doctors and each of the nurses had to maintain a printed medical information file following which they had to administer the medication to the patients. Simple random sampling was used to select the nurses who would participate in the research and this is the correct method used as it gives a fair chance to all the nurses to participate in the study thereby ruling out chances of bias. A high level of heterogeneity was expected since all the nurses did not have a uniform set of duties and patients (Rothschild et al.2005). For example some of the nurses had patients who required heavy doses of a wide variety of medications while other patients were on light medication. Hence purposive sampling was used and this was correct since it would remove chances of bias by giving a fair opportunity to all the nurses with different patients to take part in the research conducted by the researcher. Around 20 nurses were interviewed in a semi structured manner with each interview lasting for 60-90 minutes. Thus sufficient time was allotted for each interview and this enabled the researcher to go into the details of the research topic namely the medication health care safety that was observed by the nurses. The semi structured interviews allowed the researchers to ask questions to the nurses from a topic list and this gave them plenty of time to make a detailed assessment of the topic. The interview was arranged by sending emails to the participating nurses and they were assured that the data given by them would be held strictly confidential by the researchers and that they had the freedom to opt out of the interview at any point of time. Further they were told that this was an independent research and had nothing to do with the evaluation of their duty at the department (Cronenwett et al.2007). Thus the nurses were made to feel safe that their identity would not be disclosed to any person and those they were free to voice their views and concerns regarding the level of medication safety that they had achieved in practice. The interview process was explained and written consent was taken from the participants before they were interviewed.

The setting for data collection was perfectly justified since the participants agreed to that type of setting. The way the data was to be collected was fully explained to the nurses and the participants before the actual data collection work began. The interviews were recorded on a tape and the nurses views were taken down verbatim (Rothschild etal.2005). The researchers used a topic list from which the questions were asked and recorded. The form of the data was clear as the nurse’s interview was tape recorded and also transcribed verbatim. This ruled out chances of ambiguity which might have arisen at a later point of time.

There was a transparent relationship between the researchers and the research participants. The participants were first observed while doing their duties in a natural setting that is the hospital wards and they were not any way influenced by the researcher towards a particular research outcome. Hence there was no chance of potential bias during any part of the research including the interviews. The interview questions were chosen in such a manner that there was no scope for bias and whatever views and opinions that was given by the nurses was tape recorded to rule out any bias (Mayo & Duncan,2004). The questions that were asked were themselves very neutral and the nurses could answer in any way they wished either positive or negative.

The data analysis was carried out simultaneously with the research questions in the interview. Whilst the interview was going on one researcher was coding and the other was reviewing. This method ensured that there was no chance of misinterpretation of the participant’s views and concerns (Cohen, 2007).  A thematic interview as taken and it was correlated with the nurses’ experiences and perspectives on the issue of medication errors and safety. The nurses’ speech was sorted and they were divided and fragmented according to the themes and this was later verified by peer to peer review. Thus it could be said that the data analysis used by the researchers was quite rigorous and they were little chances of bias.

The researcher had sought prior permission from all the participants before conducting the interview process and distributing the questionnaires. The participants were assured  that their identity would not revealed to any person in the world and they would not land themselves  in trouble even if they pointed out some negative aspects of the medication safety practices as followed by the hospital nurses (Hofmann & Mark, 2006). The data collected from the nurses were securely held by the researchers and that the video and tape recordings were suitably protected by the researchers so that there would be no chance of them leaking out at any point of time. Also it has been assured by the researchers that the voice tapes and questionnaires would be destroyed once the research is completed and thus it would be no longer in use. Also data collected from the research would not be disclosed to any public or private organisation and would be in the safe hands of the researchers.

The results from this research were definitive and it clearly showed that the nurses feel responsible that they play a crucial role in administering the medications to the patients. The nurses felt that they needed to be more alert and precise while giving the medications to the patients as it had critical implications in the entire treatment procedure (Rothschild et al.2005). They also felt that their efforts were appreciated by the hospital management and they were duly rewarded for the same. According to the nurses it was important to concentrate on what is written in the doctor’s prescription and follow precisely the instructions that were being given by the doctors. The nurses played a pivotal role in medication safety and thus their work was critical. The results and the findings of this research are explicit. There are discussions both for and against the arguments described by the researchers (Cohen,2007).  The researchers have discussed the credibility of their findings and they have validated it from multiple sources. As regards the medication errors it could be due to lack of awareness and experience on the part of the nurses and all of them should be held accountable for it.

The research is valuable in the sense that medication errors can have severe impact on the patient and could also lead to patient harm and prolong the duration of treatment thereby pushing up the patient medical treatment costs (Cohen, 2007).  Also the findings indicate that the nurses have to be more careful while evaluating the risk factors which usually vary from one patient to another and there are no set criteria to measure this on a common platform. Since the nurses attend to a large number of patients it is important for them to concentrate on their work and be precise in the application of the medications as prescribed by the doctors (Mayo & Duncan,2004). The researchers have identified scope for further research in areas like bringing more accountability in the nurses’ practices and also to provide incentives for working in safe practices as per the hospital guidelines as provided by the managers. Thus it can be said that the present research is valuable as per the needs and requirements of the nurses and the need to follow safe medication practices.