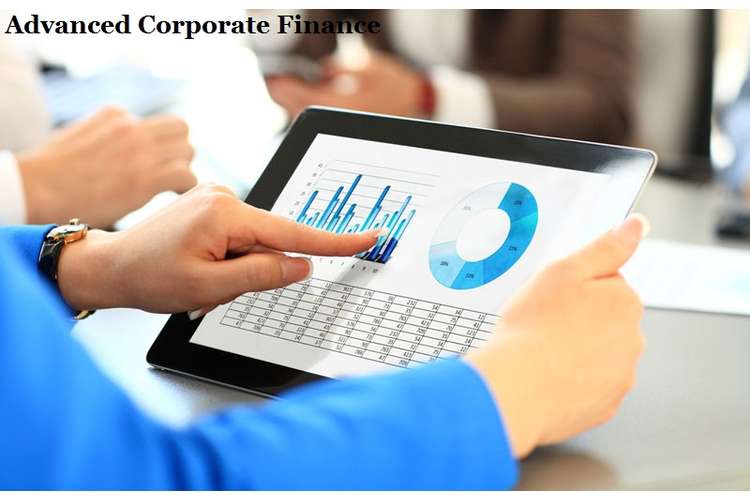 This MBA728 advanced corporate finance assignment has been prepare with the objective of analysing the various investment appraisal methods available at the disposal of the management of the organization. The assignment also analyses the difference between various methods of investment appraisal such as Net present value and Internal Rate of Return. 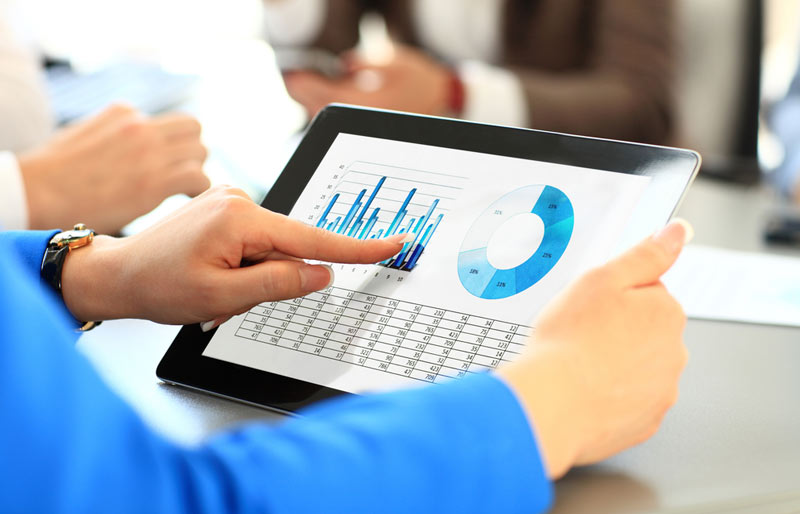 (a) Discuss   whether   B&S Ltd   should   rationalise   and   end production in any of the factories producing the beverages. If so, suggest which factories should be closed and explain your answer fully. Explain what reservations you may have.

Per unit cost and revenue

Profit and loss per unit of the beverage sold

Depreciation of the project

Cash flow of the factories before service charge

NPV of the factories

Cash in case of shut down of factory

NPV if Orange Factory is shut down

NPV when Pear factory is shut down

NPV if Apple and Pear factory are shut down

NPV if Orange, Apple and Pear factory are shut down

NPV if all the factories are shut down

Considering the fact that all the factories in closed condition minimize the loss of the organization is the best possible outcome at the disposal of the concern.
Notes:
1. Depreciation and research cost has been assumed to be included in the overheads of the organization and hence the same have been added back to arrive at the cash flow for the purpose of net present value
2. Even when the factories are closed the organization would be able to claim the depreciation expenses and hence the same is a cash inflow as the same also helps to minimize tax though the impact of taxation ha to be ignored. Alternatively it can be assumed that the depreciation of the closed factories have been adjusted against the previous year’s outflows
3. The projects initial investments have been taken into account to arrive at the NPV.

(b)  If B&S Ltd faced a shortage of cash [e.g. Bank Haircut] and was able to meet service charges up to a total value of only $10,000,000, which factories would B&S Ltd decide to keep open?
If the organization has only $10000000 as cash the same should be used to run the orange factory the same minimizes the negative net present value of the concern.

(c) Discuss why the Internal Rate of Return method is used more often than NPV by financial directors.

Internal rate of Return (IRR) is also termed as Economic Rate of Return (ERR) is a rate of return which is employed in capital budgeting for the purpose of measuring and making a comparison of profitability of an investment. The calculation of IRR is conducted for evaluation of the benefit of projects. It is derived in the form of percentage. The more is the IRR of a project the higher is the desirability of undertaking the same. 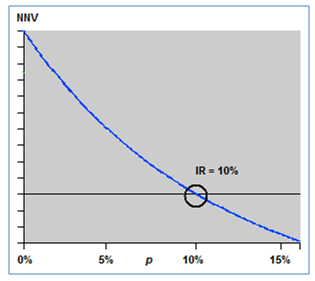 The Net Present Value denotes the difference between the present value of cash inflows and outflows. The concept of NPV is used in Capital Budgeting. This approach is used for the purpose of analyzing profitability of the investment towards a project. The formula of NPV is 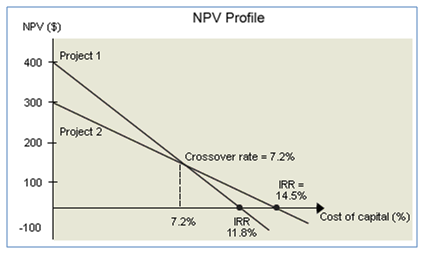 The aims of both IRR and NPV are shown as below:
•    Both the IRR and NPV has equal utility;
•    They complement each other when projects are considered;
•    Both of them if considered together while making analysis gives better results as comparison becomes much easier;
•    IRR is more relevant when projects of different sizes comes into the picture;
•    IRR is considered more useful alone compared to NPV(Langdon, 2002).

In Capital Budgeting many different methods are considered for the purpose of evaluating a project which has their individual pros and cons. Apart from the other methods Internal Rate of Return (IRR) and Net Present value (NPV) methods used for evaluation of a project lead to similar results or finding.The methods Internal Rate of Return (IRR) and Net Present value (NPV) are considered complementary measures of DCF also known as Discounted Cash Flow. The utility of both the IRR and NPV are similar. But the IRR is considered more relevant where projects with time value of money comes into the picture. The main limitation of using IRR is the use of one single rate of discount for evaluation of each investment. This in one way becomes an advantage for IRR.It is often seen that financial directors choose IRR for making financial or investment decisions. Let us see the feasibility of the statement with the help of an example;

A Company X needs to buy a new machine for manufacturing unit. There are two machines between which Company X need to choose which will meet its criteria are Machine A and Machine B. Which of the analysis will be beneficial to the company while making its decision?

The finance manager of the company has selected two approaches for the purpose of making decision Net Present value and Internal Rate of Return.
Machines for Company X

Assuming investment in two projects (Machine A and Machine B) as in the above case, requiring similar amount of investment to be made upfront, the project having higher rate of return will be preferred and taken as first priority compared to the others in the line. A firm must undertake those investments or projects having IRR greater than the cost of capital. The opportunity cost of a company is understandable to the managers. In case, the IRR goes above this rate, it is considered that the project offer financial accretion. In contrary to this if the investment rate is lower than the IRR the investment is not advisable to be taken up as this may destroy the value of the company(Lourier, 1999). IRR is preferred to be used by most of the companies because of its clarity for all purposes. The Internal Rate of Return serves as indicator of quality and efficiency of investment.

Thus, it is evident from the above example that IRR is a much suitable approach for making financial decisions compared to NPV. The result or findings derived through IRR makes the study more simple compared to that of NPV which is considered more complex and need assumptions at every stage such as rate of discount, probability of receiving cash payments, etc. By using the Internal Rate of Return (IRR) method the determination of project becomes simplified to one single value which the management easily uses for undertaking decisions which investment will be suitable and beneficial to the company as well as economic system. The use of NPV is not considered suitable by many of the financial directors because of several reasons, few of which are illustrated below:

The reasons for preferring IRR more compared to NPV is illustrated below:

Thus, while evaluating two or more projects which are mutually different in nature we can select the Net Present Value or NPV for deciding whether to make investment plans or to proceed with the particular project. In this context IRR or Internal rate of Return becomes irrelevant. It is more beneficial to depend upon NPV for choosing the best plan for investment(Go?tze, Northcott and Schuster, 2008).
After the finance director has arrived at the decision of which approach will be best suited for their upcoming project and accordingly carried out findings for reaching the desired results it is now important for him to carry out the post-audit process in capital budgeting.

The project gives a clear understanding about Internal Rate of Return and Net Present Value and how they are useful in making financial decisions. The project shows comparison between the approaches for making financial decisions and the benefit of IRR over NPV which makes it financially sounder to be used while undertaking new projects.Cost of capital is an important concept in finance. This concept is used in evaluation of new and upcoming projects of an organization. Through this report it becomes clear why IRR is considered as an important tool for making financial decisions by managers. The utility of both the IRR and NPV are similar. But the IRR is considered more relevant where projects with time value of money comes into the picture.