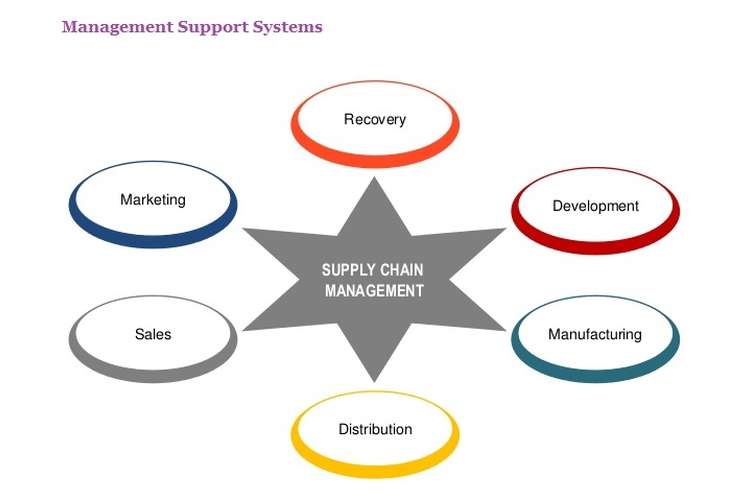 Management support systems are the computer-based technologies which help the managers in an organisation. The current essay is been carried out with the purpose to analyse the role of management support system assignment help in the dairy industry of New Zealand. It would identify the key aspects of MSS and its application in the organisation and its procedures. Furthermore, the essay would be evaluating the significant of information technology in the dairy industry and its production line. 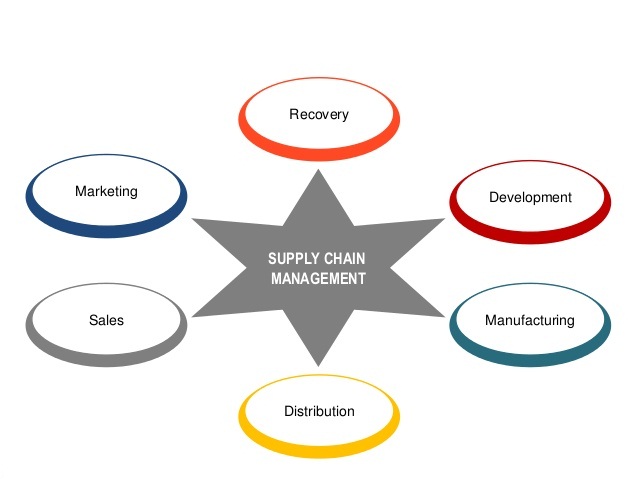 In the present times, dairy farming had become most integrated and dynamic production system which needs an ongoing and strong decision making over its functionalities. There are large number of elements being included in the farm such as crops, soil, cattle, climate, economic conditions, management and environments which are been highly interconnected with each other. These particular elements and their sub-elements vigorously affect each other. Therefore, it is been considered that an effective decision support system (DSS) structure in the integrated approach is very much important for managing the dairy farming and making decision successfully. There are large numbers of DSS which could be integrated in the dairy farming procedures. One of the DSS tools which could be utilised to support the dairy farming and make appropriate decisions is named as KMETIJA which means farm. It was been developed to meet the situation faced in the dairy production and the other functionalities. The DSS KMETIJA is a computer programmes system which includes Simulation, Data management, Finances and Results. These components are then further classified into small programs which carry on with the specific activities. With respect to the dairy farming activities, DSS KMETIJA is been implemented in the core management system and all the activities of dairy farming area is been covered. The data management module supports in collecting the data in data banks. Simulation module is then bifurcated into two segments as plant production and animal production. Finances module supports in calculating the monthly income cash flow, gross margin and net present value of the investments in the farming activities. The information then attained from the simulation processes is then briefed in the production plans including entire list of required resources, machineries and the workforces. At last the results are been presented which enables the management in making effective decision in dairy farming.

The dairy industry in New Zealand plays a significant role as it contributes to the largest amount in the economy. The industry mainly concentrates on the minimisation of cost to sustain in the competitive market at global levels. Westland Milk product is one of the popular companies carrying out the dairy operation in the dairy industry of New Zealand. It deals with each and every aspect of dairy operations ranging from the farming till the delivery of dairy products (About Westland milk products. 2015). With respect to the functionalities of Westland Milk product, information is the key concern which has to be collected and stored in the databases with the purpose to utilise the same in the future terms. The management support system is entirely related to the aspects of information technology and its sector. It is the software being integrated into the computer systems and is utilised for making the databases and the decision-making processes. The key components of management support systems which are been implemented in the operation of the company.

Decision support system or DSS are created with the intention to assist the process of decision making by the manager for bringing improvements in their efficiencies and effectiveness and in that way the performances and efficiency of the organisation as well. It had been argued that the judgements being made by the higher authorities could not be substituted for any computer based resolution. It is been defined as a set of the computer system which is related to the programs and the information needed to support the decision-making activities in the organisation (Power.et.al, 2015). There are various dairy production activities which involve crops, cattle, weather, management, environment, production, operation and planning decisions.

Using, DSS the managers of Westland evaluates the report on the possible impact of a decision before it is implemented. This system might signify the graphical information as well as contain an Artificial Intelligence (AI) or expert system. For example, Westland Milk products use DSS to increase sales of their goods and service. Along with this, the DSS software programs included Excel, Database etc. for collecting information. Therefore, with the help of the data and information by these systems, it is possible to bring improvement in the procedures of decision making regardless of the unstructured or semi-structured issues (Foote.et.al, 2015). The core functionalities of DSS is to expand the decision-making capabilities of the manager of Westland with the help of advanced data and tools and ensuring the availability of these tools directly to him. The decision support system neither assumes to have particular requirement of the information nor sets the analysis tools for diverse decisions nor does it compel any of its solution on the roles of the manager.

In order to have the qualitative decisions, the managers require the best suitable tools and techniques to use. DSS supports the manager of Westland Milk products in carefully analysing the available alternatives; identify the cost and risk of positive and negative issues both, combine all the present information and evaluate accordingly, etc (Aya?.et.al, 2013). In addition, to this, there are various types of decision support systems which could be implemented by the management of Westland Milk Products such as Model-driven DSS, Data-driven DSS, document-driven DSS, knowledge-driven, communication driven and group DSS. The decision support system assists in exploring the dairy farm production of Westland and expanding the procedures which provide with the relevant information of dairy operation and profitability along with the activities to manage the risks over the probable issues.

Executive information system orEIS basically offers the most updated information based on different factors of the interest of executive. It is usually associated with the performance level of different centres of profit and provides the detailed reports of the activities of the organisation. The information in EIS is been mechanically stored from the databases in the formats of a complete report in specific periods of time. This automatic storage makes sure that the executives do not discontinue the access for longer periods while having severe workload pressure (Sel, and Bilgen, 2015). It contains predefined reports that are used to support senior level management in the decision-making process as a specialized information system. An EIS strategy is useful for the CEO and senior manager as well as an executive for constructing a decision to enlarge continuing performance of the organization. It also belongs to the executive support system (ESS). It considered supporting various task such as strategic planning, overall vision, strategic organizing and staffing and so on.

Westland provides the responsibility of making a strategic decision to the CEO and senior manager of each section for making a suitable decision for the dairy productions and the performance enhancement. The management of Westland Milk products is been facilitated by EIS for making use of models and techniques for analysing the data and information.  The system supports Westland with the relevant information to make strategic decisions in the organisation (Kelsey, 2015). The system mainly intends to give the fresh and latest knowledge and information to the top executives with respect to the possible benefits of the information technologies in the functionalities of the company. While executing the system, the management must be concerned with some of the issues which could be faced by Westland. It has been observed that the execution of EIS must be carried on carefully. The employees at dairy farms could resist changes in the process when the operations are going easy and are willing to utilise something new in the reforms.

In the present era, the productivity of dairy products had gradually increased in New Zealand. The major reasons being identified behind this growth is the improved concepts and procedures to collect milk and the other products (Berger and Hovav, 2013). Information technology had contributed to a large extent in the enhancement of the productivity in the dairy industry as it had supported in enlightening the farmers and building an efficiency and intelligibility in the producers. The automation of the operations and the functionalities had increased the capabilities and skills of moulding the organisation towards new innovation and gain higher productivities. With the help of the management support systems and its elements, Westland Milk product had achieved a higher position in the entire dairy industry with respect to its productivity and quality performances (Bennett.et.al, 2013).

MSS in the dairy industry plays a significant role as it supports the organisation in making their operation and functionalities in more systematic and effective ways. Collecting, storing and analysing the data are crucial tasks if done manually and require a high cost of labour and resources. In addition to this, Westland could also make use of the enterprise resource planning system which facilitates the management in controlling the inventory and making the optimum use of resources within the organisational framework (Chobtang.et.al, 2016). With the help of ERP system, the organisation could enhance its dairy production and the inventory management by planning, controlling and optimising the procedures. The system would help the organisation in making the inventory management more developed and enhanced. Along with this, there are certain consequences also related to these systems which have to be concerned while carrying out the implementation or monitoring it. The staff members must acquire adequate knowledge and skills to operate the system and the management must ensure that the information is been not changes or misused.

In the present technological era, it has been observed that implementing information technology and its related system in the dairy industry had proved to be fruitful. MSS had played a significant role in making the procedures and decision more specific and accurate for carrying out the dairy operation in Westland Milk products (Barkema.et.al, 2015). It had provided the management with various tools and techniques to be used for analysing the data and information and implementing the same effectively. MSS and its elements had provided the company with enhancements in the profitability and new avenues towards the success.

With the above discussion, it could be concluded that Management support system had provided information on the basis of internal and external data making use of several tools of data evaluation. With the help of MSS, the managers could attain productive information and support for making accurate decisions in the industry. It has been identified that MSS in the dairy industry had played an important role in supporting the organisation in carrying out their operation and functionalities in more systematic and effective ways. Collecting, storing and analysing the data are crucial tasks if done manually and require a high cost of labour and resources. It has been also revealed that these systems proves to be fruitful to each and every level of the department with respect to the dairy production and had supported Westland Milk products in attaining success and profitability in the entire dairy industry.