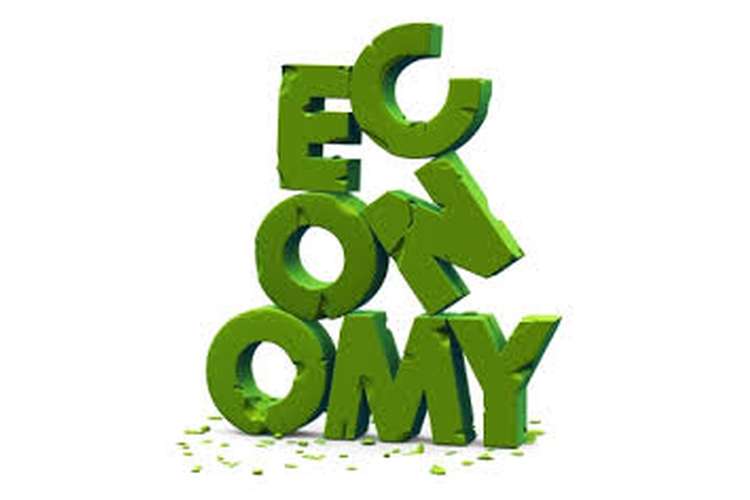 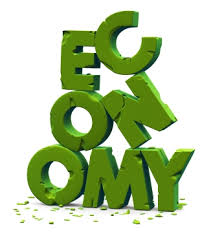 Yield curve is a curve which helps to know the yields or interest rates in different contract periods say, 4 months, 4 years, 40 years etc in the same debt contract. Through this curve, one will come to know the relationship between the interest rate and the maturity period. This is called as a ‘term’ of the debt related to a particular borrower in a particular currency. There are different shapes for a yield curve. Each shape has different indication that denotes the cumulative priorities that a lender will have for a borrower. Considering the rising inflation rate, lenders prefer to offer long term loans with higher rates of interests than short term loans. The term structure of interest rates is called a yield curve. This is the graphical representation of the yields with regard to the similar bonds issued for long term or short term. The investors will get a fair picture of the curve, about the trends by watching the yield curve (Solow, R. M, 1956).

While considering the yield curve in December 2009, there was a steep in the curve during this time period. This indicates that the long rates are rising up and the short rates are holding a steady position. This difference in the rates is known as the slope of yield curve. When there is an inverted yield curve, wherein the short rates are above the long rates, there is an indication of recession in that particular year. In December 2009, there was a constant rate with a 0.04 per cent. AT this rate, an investment of 100 dollars would reap 4 cents. This shows that the probability of recession in the coming year is low. And the economy has already come out of the recession to an extent. 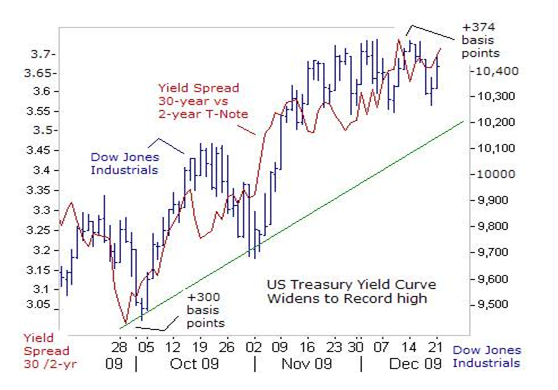 With respect to the recent trend, there was a sharp steep of the yield curve during December 2010. This was due to the increase in the long rates up to three tenths of one percent. The short rates were at a steady position. The Treasury bill stayed at the rate of 0.14 per cent. By looking at this trend, the economists suggest that the GDP is expected to grow up to 1.0 per cent rate in the next year. The chances of the economic condition which may lead to recession in the next year was predicted as 1.5 per cent (Estrella, A, 2005).

There was a huge difference between the yields on two and ten year treasuries since 2011. This was mainly due to more employment in the country and this rose. As a reason of this, the Federal Reserve which was close to the slowing bonds started growing. For the benchmark 10 year notes, the yield came to 255 basic points. For the purpose of security against the risk of inflation, investors sought for a premium that occurs as a result of the faster growth seen in this time period. 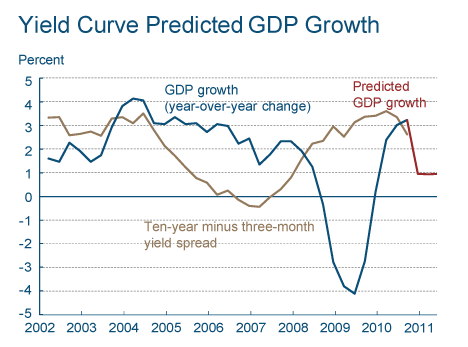 During this period, the difference in the yield in the 5-year treasury rise when there was a drop in the prices. Similarly, the 5-year treasury dropped to 1.90 percent from 2.08 per cent. The trend in the flat yield curve shows that there are expectations that the monetary policy will be made steady by the Federal Reserve when the central bank raises the policy rate. 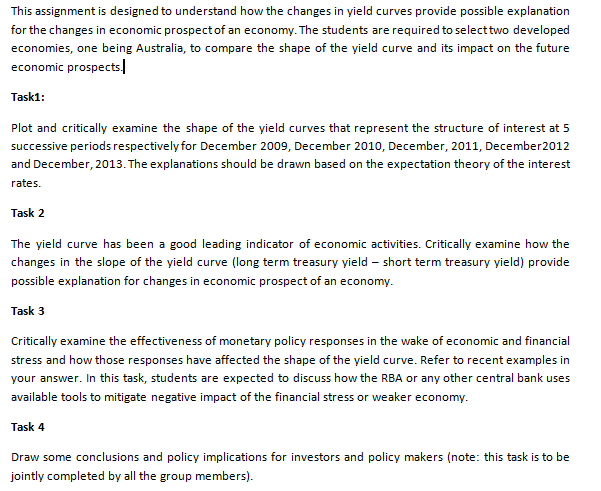 During the year 013, the benchmark treasury 10 year note showed a yield of 2.86 percent. This was a rise by 11 points. It is considered as the longest stretch in the past half year. By December 2013, it reached up to 0.32 percent. This is the highest level since November 2013. 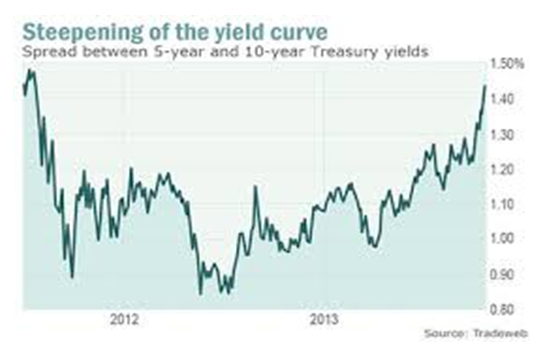 Impact of Yield Curve on Economy 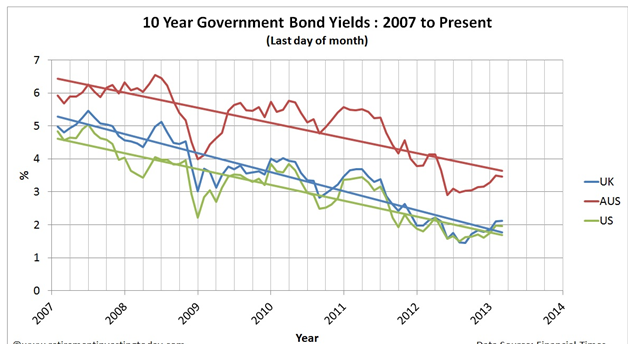 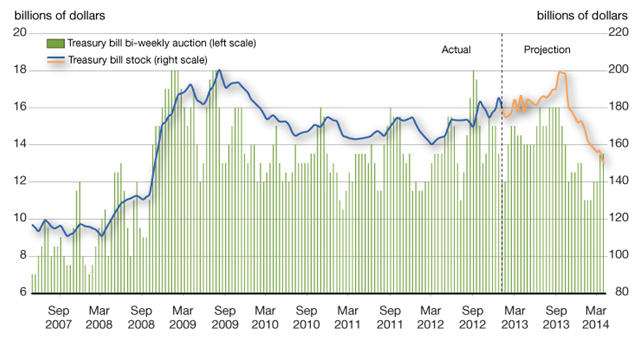 Monetary policy is the policy implemented by the central monetary authority in order to control the supply of money in the economy. The main objective of a monetary policy is to ensure the economic growth by targeting a particular interest rate. This can be long term interest rates or short term interest rates. By controlling on the monetary policy, there will be more stability, control on inflation, a reduction in the unemployment and so many other benefits to the nation. The monetary policy can be of two types, one is expansionary and the other is contractionary. In expansionary policy, there will be increase in the total supply of money in the economy. This will be in a faster pace than in the usual way. This type of policy is framed when there is more unemployment rate in the economy and this has to be reduced. By implementing this policy especially in the time of the recession, through reducing the interest rates will help to recover the economic downfall of the nation through increased unemployment. This policy has a main motive that, by lowering the interest rates, there will be an easy availability of the credit to the business entities. As a result of this, they can ensure their expansion at an easier pace at the time of the adverse economic conditions (Ang, A., Piazzesi, M., & Wei, M, 2006). Through the possibility of more expansion to a business organization, there can be an increase in the economic growth in the country through the reduction of unemployment. This is possible as more people will get jobs through business firms increased operations. Moreover, this policy will also invite more foreign business entities to come and flourish in the nation and expands its business here. This will bring more Foreign Direct Investment (FDI) to the nation. This will contribute to the economic development of the nation.

In a contractionary policy, the money supply will be expanded at a slower pace and even shrinks it. This policy is usually formulated at the time of inflation, in order to reduce the inflation affecting the country. This is because; inflation will result in distortions and deterioration of asset values. The monetary policy has a great influence on the yield curve also (Wright, J. H, 2006). When the monetary policy is tightened, this denotes to the rise in the short term interest rates. The central authorities implement such a tightened monetary policy in order to reduce the issues and economic crisis related to the inflation and its pressures. As the pressure reduces by a period of time, there will be ease in the monetary policy. In this scenario, low interests rates will be applied back once again. At the time of tightened monetary policy, long term interest rates rise comparatively at a lesser pace than short term interest rates (Bernanke, B. S., & Reinhart, V. R, 2004). The monetary authorities had a tightening cycle which started since June 2004. There are certain key notable respects in this concern. Firstly, there was a delay in its onset more than what was expected by many observers. The policy was kept hold for an unusual period of time by FOMC. The primary motive of this act was to enable a better economic expansion so that it is protected against any kind of risk that may occur due to inflation happened in 2003 and this effect may result in deflation. Such a situation is a critical aspect that affects the economy of the nation and also on the efficiency of the monetary policy. One of the main factors of concern is to avoid inflation, whether it is too high or too low.  Another unusual experience that happens recently is the extent to which policy actions changed in advance. This is one of the factors that caused the tightening cycle. At the time of the cycle, after each meeting of FOMC, a statement was issued that had qualitative guidance about how the monetary policy will be evolved in the future and what is its impact on the economic condition of the nation. By knowing the expected path of the policy, there will be no increase in the long term interest rates and the current market prices that may lead to the tightening cycle. As a result of the monetary tightening, the economy will slow down and the yield curve will be flattened (Kim, C. J., & Nelson, C. R, 1999).