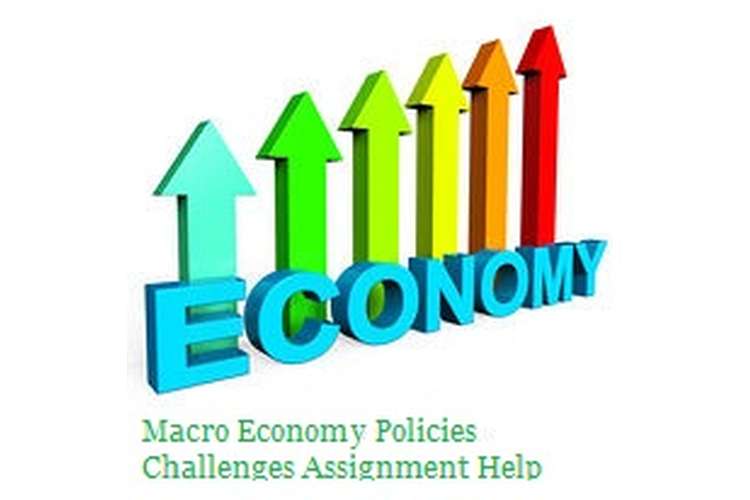 This macro economy policy challenges assignment help is concerned about the economic outlook and macroeconomic policy. It is known that the major factors of the macro-economy policy are fiscal policy, monetary policy and exchange rate policy. This study demonstrates the recent economic performance as well as the economic outlook of Australia. In this context, it is needed to estimate the approach of the government strategy to meet the recognised Australia’s domestic challenges. On the other hand, this assignment focus on the Australia's adopted macroeconomic policies and its consequences. Moreover, in case of the Australia’s current government policy, this study focus on the income tax measurement using the theory of large budget deficit (Aizenman and Shah, 2013, p. 4). Furthermore, it is explained in this case scenario is that whether lower the rate of interest then what will be the effect of the stimulation of economic activity.

In the second part of the 20th century, Australia’s economic power reflects the GDP of the rest of the world (Ayres and Voudouris, 2015, p. 802). Moreover, Australia had been experiencing highest GDP per capita growth rate by the natural sources in 19th century but it has fallen in the 20th century for the overpopulation rate. On the other hand, the Australian economy has been executing nominally compared to the other economies, which has a good impact on the country’s economic growth.

It is stated that Australia’s economy increased more that the expectation in the fourth quarter. Gross domestic product of Australia seasonally regulated 0.6 per cent in the duration of the three months and in this context, it has been seen that there arose an economic boom in case of household expenditure or consumption along with the greater governmental expenses (BBC News. 2016). Basis on the annual report of Australia, the GDP increased 3 per cent in the long term acquisition rate and the economists anticipate that the GDP growth rate will increase by 2.5 per cent.

Governmental fiscal policy defines the total collection of government revenue (including spending expenditure and taxes) to understand the impact on the economy. As per the theory of Keynesian economics, when the Australian government has managed the level of the taxation, it in turn controls the aggregate demand and the economic performance level. In spite of this, fiscal policy can influence the existing business cycle of the economy (Sensoy, 2016, p. 126). The two major factors of fiscal policy can control the construction of taxation, government spending in several sectors. Fiscal policy of a country can influence the macroeconomic variables such as Aggregate demand, the income distribution and the rate of savings and investment in the economy.

As per the theory of macroeconomics, it can be stated that there are different types of domestic economic challenges are existing. According to the Australian business outlook, the treasury expectation of Australia depending upon the private sector investment is hopeful (Rogerson, 2015, p. 220). This concept in turn implies the Cap Ex strategy from the Australian survey report, has been decreased. Moreover, in case of the employment outlook, Reserve Bank of Australia considers the positive value of the domestic economy and thus, the empowerment of the employment rate has been increased. The two instruments such as the fragile CapEx prediction along with the natural employment rate, constructed the global outlook (Balma and Ncube, 2015, p. 156). As per the theory of Australian fiscal policy, the implication can be described as the, higher the rate of the anticipation greater will be the economic policy implication on employment rate and it will be a continuous procedure.

On the other hand, it has been pointed out that Australian federal government become too desperate to construct the budget spending compared to the better economic growth. This economic growth can improve the governmental revenue. As a result, the volume of the existing budget deficit can be diminished (Best, 2016, p. 12). The fiscal policy needs to be stringent that the monetary policy of Australia can manage the situation by lowering the rate of interest. However, it is problematic to establish the effective fiscal policy by the government as per the long term policy. In this reference, it is also important that rise in the debt do not include the ratio of debt to executing GDP. As a result, Australia is familiar as the lowest ratio of debt to GDP.

From the above figure, it can be seen that the governmental expenditure in Australia raised to 73652 AUD million in the fourth quarter of 2015 while the expenditure was 73176 AUD million in the third quarter of 2015 (rba.gov.au. 2016). Moreover, it can be mentioned that the government expenses in Australia was average 35479.28 AUD million to 2015 from 1959. This recorded value can be received from the statistical data of Australian Bureau. This governmental expense implies the public spending on the goods and services and it is included in the GDP of the economy. On the other hand, this government expenditure includes the adjustment of capital budgeting and taxation, rising of public spending and these generally influence the country’s economic growth (Olusoji, 2014, p. 218).

Budget deficit of a company refers the measurement of the disparities when the expenditures is greater than the tax collections for a certain period. As per the scenario, it can be stated that if a company of Australia give incentives to their employees for the better performance and application of newly techniques, there may arise two effective situations. First, for getting the incentives employees want to apply more innovative techniques, which in turn increase the productivity of the company (Moszy?ski, 2015, p. 41). Secondly, as a result, after adopting the innovative techniques the cost of the productivity will fall. Therefore, the income tax and the estimation of the budget will also decrease. Thus, the large budget deficit of the company will also increase due to the lower rate of taxation law. The difference will also increase, which in turn leads to fall the large budget deficit. Thus, budget deficit can be decreased by the increase in the tax rates or by lowering the government expenditure. On the other hand, higher the rate of the fiscal policy, lower will be the economic growth and raise the cyclical deficit (Publishing, 2016, p. 488). Therefore, the possible ways that can decrease the budget deficit are discussed in the below:

Lower government expenditure
The government can reduce the public expenditure to decrease the fiscal deficit. At the time of the reduction of government expenses, budget deficit will also decrease. On the other hand, during the time of the reduction of the spendings, an economy can constantly grow itself, the interest rate will be lower and the export rate will be higher and this also reduce the budget deficit (Castelnuovo, 2016, p. 305).

Increase the tax rate
In recession, tax rate of an economy can raises due to the lower rate of spending. As per stated that high tax rate will reduce the budget deficit. In this context, it can be mentioned that high growth rate of a country can increase the tax rate. The economic growth can be possible due to the increase in the tax revenue without increase the tx rate. In case of economic growth, the Australian citizens pay additional VAT, companies will pay extra corporation tax and workers need to reimburse additional income tax. These all will reduce the budget deficit (Cunado et al.2015, p. 868). 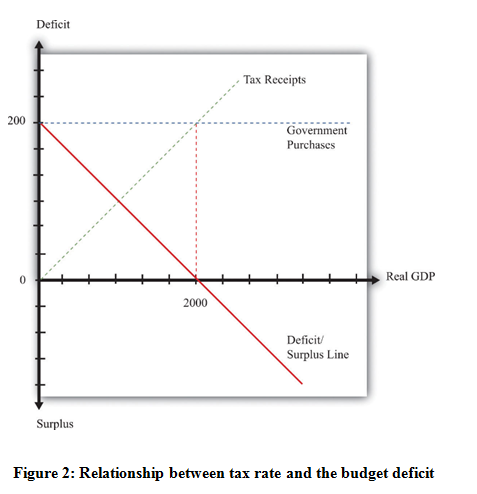 Higher rate of debt and interest payments and raising of borrowing
Selling of the bonds will raise the Australia’s debt and this annual repayments can be explained from the higher rate of opportunity cost as it needs for the future generations for the higher tax payments. The government requires borrowing from the private region. As a result, the budget deficit of the country will decrease (Borio, 2011, p. 33). 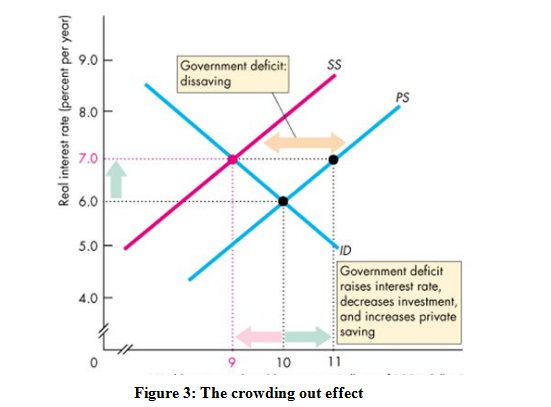 This macro economy policy challenges assignment help is composed on the Australia’s scenario, economic performance as well as the economic outlook. To construct the assignment, some macroeconomic tools have been used. The use of Governmental fiscal policy of Australia derives the mitigation over the existing of the domestic economic challenges. Moreover, from this assignment, it can be explained the current economical overview of Australia. In the second section of this assignment has derived the impact of the budget deficit and the process of lowering the budget deficit. In this context, it can be seen that the effect of tax revenue to reduce the budget deficit. Furthermore, this study demonstrated the effect of the rate of interest and the effect of the rise in the housing price in case of the Australia’s economic activities. To describe the concept of the increase in housing price, the theory of Tobin’s q model has been discussed.