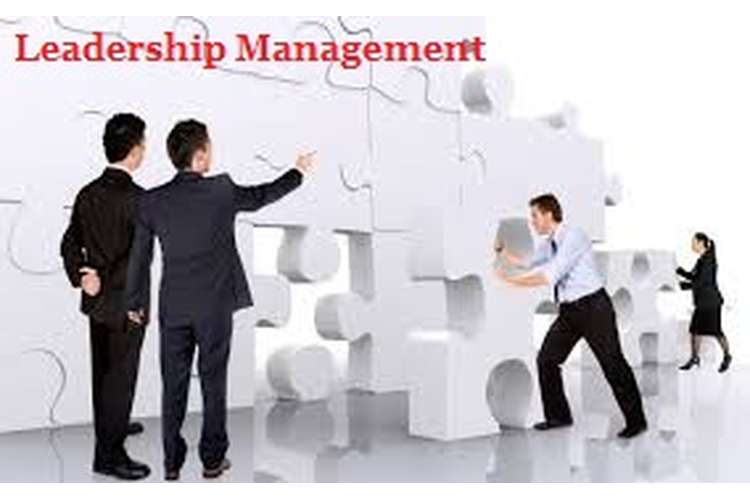 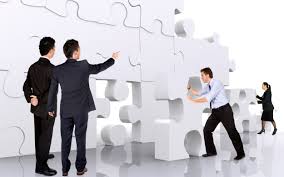 Every leader must follow a particular style to make their leadership better. They must make someone as their role model and must be inspired by the facts and steps taken by that particular leader (Kippenberger, 2002). A good leader always defines the styles of any leadership and which becomes the theory of being a good leader. Here are some examples of good leaders whose leadership has put a perfect impact upon the world (Goleman, Boyatzis and McKee, 2002).

Fletcher Building Limited is one of the leading business company in New Zealand since 2001. Jonathan Ling was the chief executive from September 2006 to September 2012 and Mark Adamson is the chief executive now since October 2012(Sadler, 2003). He joined the Formica Group as Chief Financial Officer in 1998. Later on, he was appointed as the president of Formica Europe and then chief executive of Formica Corporation in 2008. After that his leadership styles and strategies has put a very strong impact as far as the business industries are concerned and now standing in the most competitive market, his Fletcher Building Limited has a turnover of NZ$4.8(Kiely, 2005).

There are some leadership styles which he has followed throughout his industrial careers like Participative, Transactional, Transformational and all. He has been a strong part in every aspect of the company. Whenever his employees needed him, he was there to help them being a strong support. After getting any target or goal, he has equally distributed every task in between the employees to get the perfect result (Anderson and Ackerman-Anderson, 2001). This can be considered as the transactional ability of a leader. He also has the best communication power. He has made himself easy for every employee of his company by making himself available all the time. It means that he was always there to help every single of the employees who work for his organization. This can be considered as the transformational ability of Mark Adamson. These are the main abilities of Mark which have made him a successful leader and a mascot of leading business industries (Gennard, 2008).

The Alliance group is a company based in New Zealand is probably the world's largest processors of sheep meat. Davis Surveyor has been the chief executive officer since January 2015 and Murray Taggart has been the chairman of the board of directors since October 1, 2013. The Alliance Freezing Company (Southland) Limited was established in Invercargill as a farmers' company. Later in 1960, the first freezing works were released in Lorneville on the borders of Invercargill. The farmers now own the company as shareholders (Halsall, 2015).

The chairman of The Alliance group Murray Taggart has been the part of many companies before this; he has been the director of Selwyn Investment Holdings Ltd. Along with The Alliance group, he is also the Ward C Director of Balance Agri-Nutrients Limited. Murray Taggart has managed to maintain two high posts of two famous renowned company of New Zealand; there are some reasons behind this. Such as:

These examples of the leading business leaders will help to understand the fact about leadership. There are many business tycoons all over the world who has set a perfect example of being a leader as they have done it. They are the mascot of this industrial world of New Zealand. They are true leaders.

Culture awareness of an organization or company and the leadership of that particular company are interconnected in many ways. The better the cultural awareness of a company is the better wi9ll be the leadership quality which will ultimately help the organization to be developed. For example one of the leading companies, Fletcher Building Limited is extremely aware of its cultural aspects (Raybourn, 2005). Mark Adamson, being a great leader follows all the basic need to maintain a nice and pleasant culture in the organization. There are various aspects to be concerned such as the communication or language of the leader with the workers or employees, the nonverbal cues of the leaders, the time observation by the leaders. Language and behaviour are the prime aspect of the culture of a community as well as a person. Thus, the leaders should maintain a nice and pleasant communication with their employees. Suppose if the leaders behave rudely with the employees then it may cause disobedience among the workers which will surely harm the organization as a whole. Being a great and responsible leader Mark Adamson maintains a very good communication with the workers of his company, Fletcher Building Limited (Butler, Kwantes and Boglarsky, 2014).It has to be remembered that all cultures don't have the same noun –verbal signals. There are many differences among the persons all around the world. Their dressing sense their way to carry themselves is completely different from each other. The leader must be aware of the fact he or she has to differentiate the people of different culture in case of the leadership. As there are many other facts like Time observations, roles and status and all it is the tough task for a leader to set a perfect platform which suits all the employees. Without affecting any others culture and without hurting anyone the leader must go on with the work. The organization, therefore, should not be affected by the cultural problem. There are many issues of achieving the goal, employee satisfaction, where cultural awareness may cause a big issue. This has to be taken care of by the leader (Littlewood, 2001). These are the problems where a maximum of the leaders fails to maintain the situation of any organization but good efficient leaders must not panic to do so.  Mark Adamson and Murray Taggart have maintained their leadership dealing everything tactfully which helped them to develop or improve their leadership quality as well as the organization as a whole. It has put a good impact upon the world by which it can be said that these are the prime points of cultural awareness in an organization.

Leadership is one of the most important aspects of running an organization or company successfully. The business the organization severely depends on upon its leadership quality. For example, Fletcher Building Limited is one of the top companies of New-Zealand. The CEO of the company is Mark Adamson(Yukl, 2008). Being the leader of such a big company, he has to play a great role by influencing the employees of the company and to look after their basic requirements. 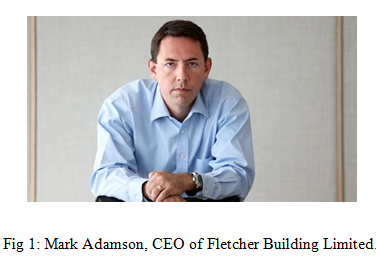 There are some specific aspects where they have to be a little more concerned. The aspects are discussed below.

The leaders of a company, here Mr. Mark Adamson, the CEO of Fletcher Building Limited, have some ethical responsibilities. Ethical leadership is defined as the leadership regarding the ethical values of the organization or the company. It includes various factors, such as honesty, trust, charisma, fairness, and consideration. Mr. Mark Adamson being a great leader follows all the ethical responsibility. He also maintains the ethicalbehaviour with his employees. As a great leader, he always tries to exhibit both his ethics and values in his leadership style, which results in the betterment of his company or organization. He always motivates his workers or employees. The employees or the workers of an organization always follow someone who is respected by them and Mr. Mark Adamson is totally successful in maintaining his self-respect among the workers of the company. He is also careful towards the satisfaction of his employees.

Responsibility towards the society

Leadership is one of the key aspects for adopting a change in society. The leadership and society are complementary to each other. Leadership quality always affects the social change. Thus, the leaders of a particular organization or a company have a social responsibility. Mark Adamson is someone who successfully maintains his social responsibility. Mark Adamson motivates his workers and provides them a pleasant and nice work environment. This process of leadership helps the employees of his company to be united and to get involved with their work with more skill and confidence. His communication with his employee is also very good. Whenever there is any crisis, he comes to the front to help them and solve the problem. Whatever organization it is, it has a connection towards the society regarding its products, employee satisfaction, customer feedback and many others.

Responsibility of the stakeholders and their engagements

The stakeholders for any particular organization or company come from inside the company or organization, and they are those who have identified or endorsed the need of the company activity as well as its development. Though the can also be outsiders or external supplier or clients. The relation between the leaders of a company and the stakeholders must be good to maintain a nice business communication(Ditlev?Simonsen and Wenstøp, 2013). Mark Adamson is also successful in this field. He always tries to motivate his stakeholders and influence them to be more dedicated towards their work. Mr. Mark Adamson always follows the great man theory of leadership which states that a leader should be a hero for his employees as well as his stakeholders. This method of leadership provided the leaders a better and modified work environment which is ultimately benefactor for his organization or company.

Impact of political and social factors on leadership

It has been already mentioned in the above passage that society and leadership of an organization are complementary to each other, even the political factors of a community have an influence on the leadership of the organization. Suppose Mr. Mark Adamson is willing to bring a change in his organization for which he will need permit from the government. In these cases, the leaders have to depend on the political parties and need to maintain a pleasant relationship with the governments. On the other hand, if he is willing to do a social campaign on any awareness issue, he severely needs the support of the society. Without the help of the society, he won't be able to do his works properly. That means both political and social factors have a great influence on the leadership of a company.