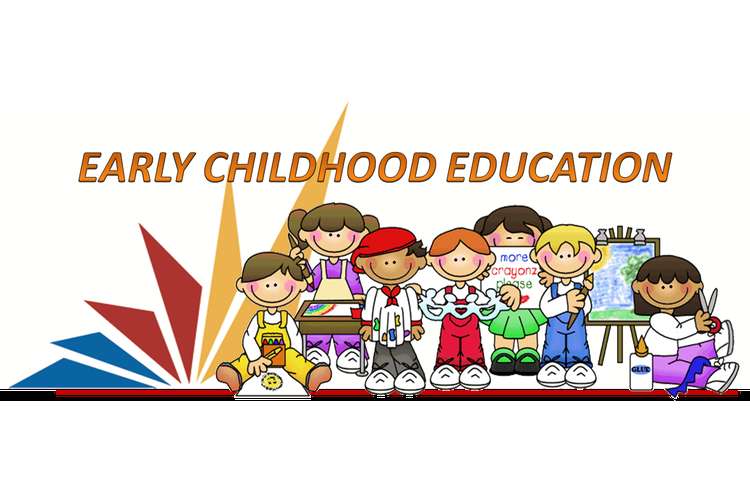 Leadership is a concept that is implemented in various segments of our daily life (Bronstein & Mason, 2016). According to Benveniste (2013), many people are born leaders; they have leadership as their indigenous quality and some people become leaders in the due course of life, which means that they acquire the characters of a leader through careful observations and learning. Therefore, leadership can be defined in multiple numbers of ways (Berns, 2010). This report investigates the importance of leadership quality among childhood educators. It also investigates the importance of families and communities to engage in educational setting. Various literatures are studied in this context to construct an argumentative report. 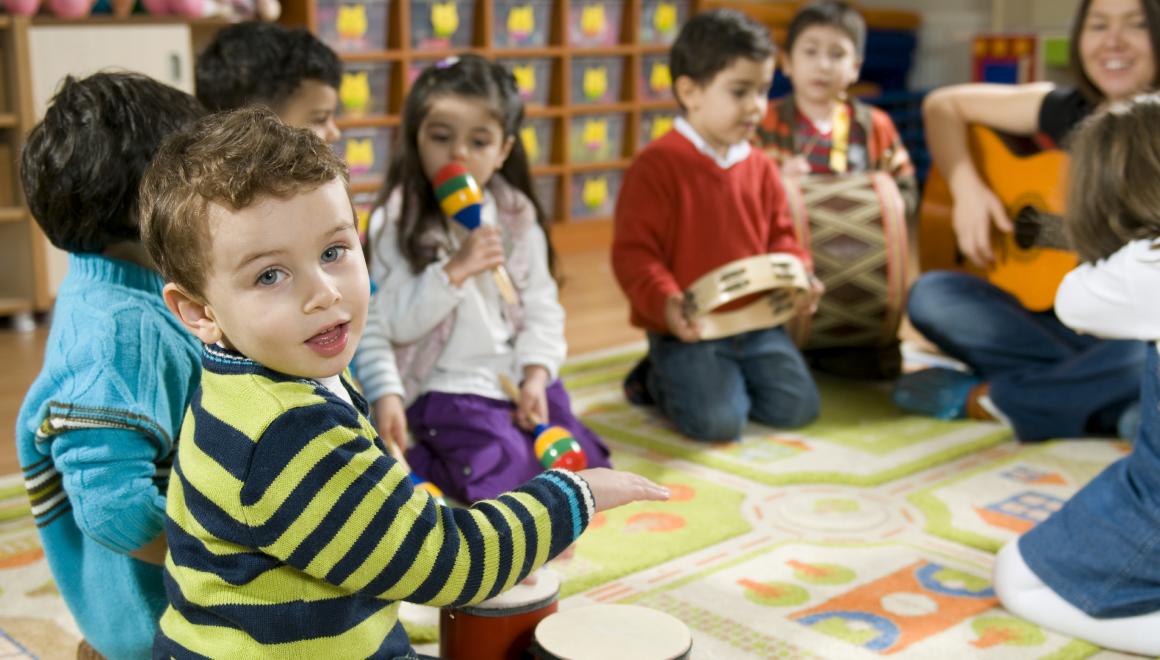 According to Jillian Rodd, the best definition of leadership is the process of engagement. A leader among fellow emerges when he or she motivates and inspires others to see things his or her way(Rodd, 2013). It is a responsibility that needs theattention of various roles, people, and functions in such a way that align and promote investment towards acommon vision (Australian Government Department of Education Employment and Workplace Relations, 2009). Even though there are numerous ways to define leadership, the skills required to become a successful leader remains common in all cases (Rodd, 2013).

A leader must be able to generate followers to whom he or she can inspire and motivate, provide a direction and set goals for them to achieve through careful and calculated collaboration along with complete cooperation (Berns, 2010). In order to achieve this, a leader must understand the needs of his or her followers, and accept theresponsibilityfor the deed of the followers (Berger & Riojas-Corez, 2012). He or she must construct a vision that will be shared by the followers or team and inspire them as well (Rodd, 2013). Followers must be able to trust their leaders and the leaders must be able to generate cooperation among followers (Bowes& Grace, 2009).

1. What are the importances of leadership quality among childhood Educators?
2. How early childhood leaders can become leaders?

3. What qualities leaders should posses?

4. How early childhood leaders can integrate family and community to engage in childhood education?

Nuttall, Thomas & Henderson, (2016) argues in favor of the utility of double stimulus in early childhood services in Australia. In their study, they compiled a series of formative interventions among educators to identify the key features that disrupted their leadership quality in realizing a particular object or a central activity in achildcare setting for enhancing the learning process among children (Jalongo& Isenberg, 2012).

In contrast to the double stimulation, Boyer, (2016) argues in favor of person-centred therapy or PCT in helping early childhood educators in emerging as leaders in their respective areas. PCT is a relationship oriented therapeutic approach and is considered to be the third force or therapeutic engagement of psychoanalytical approaches. PCT is essentially a faith-based approach and enables human beings in being creative and joyful(Rodd, 2013).

While Colmer, Waniganayake & Field (2014), investigated the importance of professional learning among educators, Velez, (2014) investigated and focused her research on developing advocates among early childhood educators. It is essential that leaders understand and implement the needs of advocating for children rights as they cannot advocate for themselves (Rodd, 2013). Her study investigated the roles of undergraduate education programs for early childhood education in supporting, promoting and practicing advocacy for children. According to the study, a framework can be developed and implemented to undergraduate programs so that it generates critical thinking among learners and promote advocacy for children among educators, which in turn will make them good leaders.

So far, many strategies for promoting leadership quality are presented starting from different stimulations, professional learning to promoting childcare advocacy. Wong & Waniganayake in 2013 proposed mentoring as a leadership development strategy among early childhood educators. They argued that mentoring is a process to facilitate interest of professional learning among two or more individuals that will enable them to attain leadership quality. Originally, Wong & Waniganayake (2013) focused on the importance of professional learning through mentoring and a year later, Colmer, Waniganayake & Field (2014), shed greater light on the particular area in their study. Traditionally mentoring was used as solution strategy among teachers to promote pedagogical practice however presently this approach can be used in developing leaders in the area of childhood education as well.

The importance of leadership quality among people who deals with early childhood education is endless (Heikka, Halttunen&Waniganayake, 2016). It is of utmost importance to understand that many people are associated with children and their education (Midlock, 2011). Children learn from everyone and everything they become a part of (Heikka, Halttunen & Waniganayake, 2016). Not only they achieve education through directed learning provided by childhood educators in childcare centers but also they learn from their parents and their surrounding society and community (Moore, Gallagher &Bagin, 2012). As early childhood educators are trained and specialized in educating children, it automatically becomes their responsibility to train parents and community in childcare practices. Anyone could become a leader in this scenario (Owns, 2011). A parent, a teacher,or a caretaker but most importantly the educators need to become leaders and guide others to the path of building and shaping a child’s mind (Donohue, 2017).

Kivunja in 2015 published paper named “Leadership in Early Childhood Education Contexts: Looks, Roles, and Functions” where he used literature in educational leadership to answer questions about leadership. The most important question among the four questions was the meaning of leadership and its importance in the success of childcare organizations (Kivunja 2015). This study is particularly significant because they study clarified the essential roles of a leader engaged in childcare services. The effectiveness of leadership lies with the effectiveness of leaders in knowing how to shape a culture in the best possible way (Owns, 2011). Developing a positive work climate also falls under one of the importance of leadership quality (Kivunja 2015). Leadership enhances the differences in organizational structure and learning framework in early childcare services (Moore, Gallagher &Bagin, 2012). The success or failure of any cultural or organizational change in the learning framework depends on the educator’sleadership quality(Owns, 2011).

According to the research conducted by The National Centre on Parent, Family, and Community Engagement (NCPFCE) all parents have indigenously quality of leadership and advocacy when it concerns their children. They are the foremost leaders children have in their lives who are always advocating for their children (Couchenour & Chrisman, 2011). Despite all, in some scenarios, parents fail to advocate and show leadership qualities and that results in theill development of thechild(Owns, 2011). Therefore, it is important that parents like educators materialize leaders in their children’s lives (Moore, Gallagher & Bagin, 2012). For instance, it is seen in many social scenarios that one parent acts violently towards the child while the other cowers to defend the child due to the dilemma that each parent has equal right to discipline their child (Owns, 2011). It is important to understand that there are many ways to discipline a child despite theviolence. Hence, the other parent needs to emerge as a leader and advocate for the child’s safety (Couchenour & Chrisman, 2011). In addition, leaders need to juggle multiple tasks. When the leader in question is a parent, he or she needs not only to provide safety to the child but also to guide the educators towards right path of education ("Understanding Family Engagement Outcomes: Research to Practice Series", 2017).

Early childhood Australia (ECA) has recognized many types of research and came up with theimportance of leadership in early childhood care settings(Rodd, 2013). Australian Council for Educational Leaders (ACEL) dictates that leaders make the education and development of children their core focus while addressing their rights by honoringthediversity of all types in a positive and courageous manner promoting constructiveness (Shonkoff, 2014). They buildequitable relationships with children and families that are respectful, nurturing as well as trusting. They collaboratively shape a culture and community of ethical inquiry and learners (Moore, Gallagher & Bagin, 2012).

The National Quality Framework devised a national quality standard for childcare educators in becoming leaders (Shonkoff, 2014). According to the Quality Area 7 of Leadership and Service Management in the National Quality Standard childcare leaders must be adequately qualified, have empathy in them, willing to be proactive and have time for learning(Moore, Gallagher & Bagin, 2012). They must be well respected among peers and society and easy to approach when aproblem arises. They must be knowledgeable towards theories applied in childcare and regulations directed in NQS(Rodd, 2013).

Leaders must be willing to become part of reflective discussions. They must mentor other educators and discuss routine (Shonkoff, 2014). Observing classroom activity and finding ways to improve must be a part of their daily task (Couchenour & Chrisman, 2011).  The must produce intervention programs and establish systems of learning across the services.Lastly, they must be interactive with parents and guardiansand help them understands the priorities and needs of their children (Moore, Gallagher & Bagin, 2012).

Followers have their own perception of effective leadership. Due to their experiences in bad leadership, followers tend to have high expectations towards good leaders(Rodd, 2013). Effective leaders are perceived as honorable being, credible and believable personality. They are courageous in their belief and conviction. The overwhelming importance of leadership in early childhood education and care confounds us in many ways (Owns, 2011). However, a leader is nothing without a willing, efficient and capable team (Rodd, 2013). It is the duty of the leaders to encourage and educate their team members to excel in their work. Communication with parents and promoting parent-child-society bonding becomes their responsibility (Moore, Gallagher & Bagin, 2012).

In conclusion, it can be said that not only educators, society have leaders within that it is hard to identify first. Leaders create other leaders and leadership quality can be found in places that were not initially thinkable. Finding leadership quality among others falls under the important criteria of becoming a good leader.