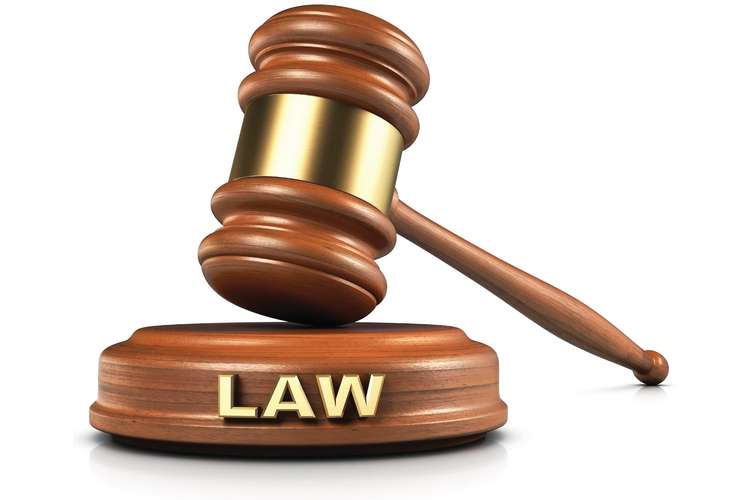 As a USP law student you are very familiar with comparative law approaches. When a course discusses the law from different jurisdictions and notes any differences between them this is a comparative approach. Such an approach can be very useful in helping to identify gaps in laws, and also to identify different possible approaches to the content of laws. International law instruments (treaties, conventions, declarations, recommendations et cetera) can also be used as a comparator – even if a country is not a party to any particularinternational lawinstrument. This topic considers the use of both comparative law and international law.

The discussion papers use examples from various jurisdictions as a source of potential options that can then be considered in wider public consultation. The final papers use comparisons with other jurisdictions as part of the justification for making particular recommendations.But, how can comparison be used effectively? Kahn-Freund suggests that:

its use requites a knowledge not only of the foreign law, but also of its social, and above all its political, context. The use of comparative law for practical purposes becomes an abuse only if it is informed by a legalistic spirit which ignores this context of law.

When thinking about the context, both the context of the “foreign country” that is being used as a comparator and the context of the local country need to be taken into account. Considerations to be taken into account include:resource contexts (for instance laws that may work in a country with sizeable public funds and plentiful skilled human resources may not work in a less resources rich country)

A further issue is that the law that is being used as a comparator is often assumed to be a “good model”, but there always needs to be examination of the issues with that law. Being too simplistic in comparison, or too narrow in your choice of comparator countries can lead to problems.

A simple example of how simplistic comparison can lead you astray can be drawn from a comparison of maternity benefit provisions across the Pacific. The table below shows maternity leave amounts in respect of the amount of leave, the payment whilst on leave and the nursing allowance provided in Pacific island countries that were members of the ILO in 2010. This table was current as of 2013.

Only Fiji’s law (2007) Vanuatu’s law (amended in 2009) and Samoa’s law (2013) are recent law. If the purpose of the comparison exercise is to update law then there should be caution used in comparing with old laws, which themselves may be in need of updating.

(To access JSTOR, go to the Laucala library main page. From here click on databases under the e-resources heading. Find JSTOR in the list and click on that. A basic search using kamba comparative law as the terms will bring up the article)

What uses does comparative law play in law reform?
What considerations should guide the process of law reform?

Whilst it is outside the scope of LW 305 to look at impact analysis closely (in part because impact analysis crosses disciplinary boundaries into economics and other fields) you should be aware of the importance of impact analysis for helping to determine which laws from other places that have been found as part of comparative research might be the most suitable to adopt. As discussed in topic 7 the modern nation-state is built upon a complex network of written and unwritten standards including an expectation that ‘the powers [parliamentarians] have must be exercised reasonably, proportionately and rationally’. These unwritten standards include the notion that elected representatives have a ‘duty to account for their actions through explanation and justification.’ In an informal sense this requires that decisions will be ‘deliberative and consistent. The decision maker has thought about what he or she will do and can give a reasoned justification for the choice.Another aspect of reasoned justification involves ‘conscious reflection about the probable consequences of action. This, in turn, relates to ‘the core of policy evaluation: impact analysis. The most common method is cost-benefit analysis and micro- ormacro-economicto determine both actual or predicted costs and benefits Target oriented policy evaluation or impact analysis considers both impacts on ‘immediate prespecified programme objectives… [and] broadly defined policy goals or targets. In a modern nation state it can be assumed that law-makers will consider an impact analysis of proposed laws on both narrow and broad policy goals as part of their process in deciding whether to support a law.

Solomon Islands has ratified the Convention for Elimination of Discrimination Against Women (CEDAW). Article 11(2) provides:

In order to prevent discrimination against women on the grounds of marriage or maternity and to ensure their effective right to work, States Parties shall take appropriate measures:

(a) To prohibit, subject to the imposition of sanctions, dismissal on the grounds of pregnancy or of maternity leave and discrimination in dismissals on the basis of marital status;

(b) To introduce maternity leave with pay or with comparable social benefits without loss of former employment, seniority or social allowances;

Question 1: Can this be used to tell us about whatSolomonIslands’ maternity law should be?

The most recent ILO Convention is the Maternity Protection Convention 2000 (Convention 183). It has not been ratified by Solomon Islands. A summary of the information is in the table below.

Question 2: Can this be used to tell us about whatSolomonIslands’ maternity law should be?

CEDAW is difficult to use for specific law reforms, as its content is very general. Convention 183 does provides specific standards, but as this Convention is unratified SI has no obligation to follow its provisions. The important question to ask is, are the provisions of Convention 183 appropriate for SI? A sub-question to ask here is what would impact of increasing maternity leave be on female employees?

SI is uncertain about using Convention 183, and has looked at other relevant ILO Conventions that also provide standards in this area. Relevant content is summarized in the table below.

Question: Can this be used to tell us about whatSolomonIslands’ maternity law should be?

From this you can see that there are competing international standards. How can they be reconciled?

It is definitely notthe goal of this topic to suggest that international law can provide indicators of good laws that are a “one size fits all” solution as to what laws the content of laws should be.

Instead I suggest that international law can be used as non-prescriptive indicators for the content of laws. This information can then feed in to dialogue that formulates reforms. This role fits into the ethical approach of the use of indicators, as defined by Robert Salais:

Salais’ ethical approach to the use of indicators (Robert Salais, ‘On the correct (and incorrect) us of indicators in public action’ (2005 – 2006) 27 Comparative Labour Law and Policy Journal237, 240.)

Salais contrasts an instrumental approach in which performance is measured by indicators with an ethical approach, in which indicators are used as an aid to evaluation. An ethical approach to the use of indicators recognises that ‘public policies are not there to improve their results [as compared to indicators]… Their objective has to be sought from the point of view of fundamental objectives.’ (243) Indicators provide an external set of values, which feed into a collective human process of learning how to make progress towards achieving these values. Whilst it is possible to talk about achievement gaps, the existence of gaps are not intrinsically important as ‘there are many good reasons for these gaps: different levels of economic development, value systems or… a varying distance from the normative system and the expectations of the international organisation that has drawn up the standard.’ (254)

The table below provides indicators for decent work on maternity protection. These indicators have been derived from ILO Conventions, but are non prescriptive. The table was created by starting with Convention provisions. This means that there has been comprehensive coverage.

The final study task shows how international standards can be used to suggest law reforms. In this instance work has already been done to take standards and turn them into a list of questions, contained in a table.

International standards, because they have been internationally agreed, imply that they are “best practice”, or standards that every country should consider adopting. As such they are particularly useful sources for suggesting possible law reforms. Comparison with other domestic laws is more difficult, as you may end up with a wide variety of approaches, and then have to determine which of the approaches, if any, is best for your own country. It is, however, also very useful. Further, given that there are many different ways of incorporating international standards, using bothcomparison with international law and comparison with other domestic laws can be very fruitful.

However, whether using a comparative approach that involves looking at other domestic laws, or other international laws, the most important point to remember is that one size does not fit all, and context-specific solutions always need to be developed. Thecomparative analysisgives rise to options. We then, maybe, fall back on more intuitive analysis to choose and justify the best options.