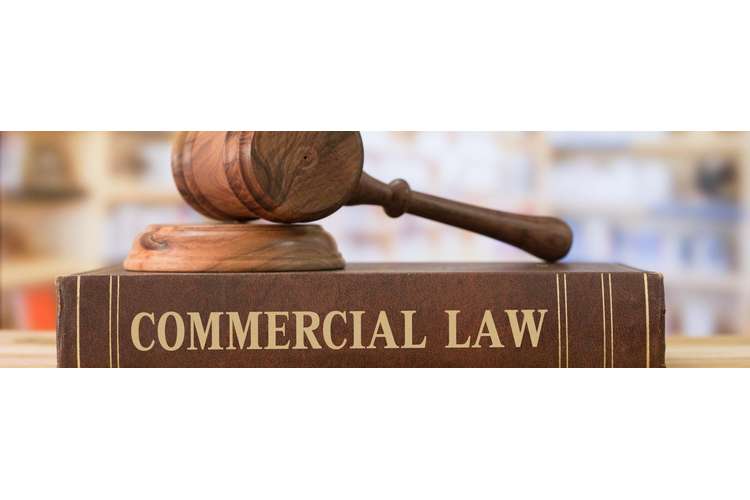 Issue 1: Raj’s former boss is considering legal action because Raj is working at another law firm in Darwin.

Rule: The rule applicable in the present situation is that of the exclusion clauses. The exclusion clause is regarded as that part of the contract that restricts the contracting party’s liability in case of breach so taking place while performance of the contract. This provides the damaged party a fair chance to be assured that the damages are paid off. The breach so taking place shall be directly related to the cause of the contract. The exclusion clause in terms of the restraint to trade shall be put in a manner that is fair. This means that if the relationship between employer-employee ends at a given point, the exit of the employee alcohol shall be carefully governed from the organisation that causes least disturbance for the clients. For this purpose, the contract shall contain a well drafted confidentiality clause and the restraint of trade clause. If the employment of the ex-employee is restricted it would be illegal but if the restriction as to the poaching clients is valid in protection of the company’s interests. The exclusion clause of such nature shall be included through signatures, notice or previous dealings under the common law AMP Services Ltd v Manning (2006)

Application: According to the prese case, the restriction so imposed from the employment contract on the employee named Raj is that of not working with another NT law firm for a period of 12 months. He was presented with the same and had signed it willingly on having complete knowledge of the same. The same was presented at the time of presenting the contract and the same is considered valid. As determined, the exclusion clause will only be valid if the same does not restrict the rights of the person under other legislations. As the same restricts the right to practice a profession on Raj’s part, the same may be considered invalid for the lack of legality under the common law (Khoury  and Yamouni, 2009).

Conclusion: It is determined that Raj’s former boss cannot take a legal action based on the agreement to the invalid exclusion clause as the same only restricts Raj’s employment prospects and not the existing clients under the threat of being poached.

Issue 2: One of the firm’s clients is considering a costs appeal because she believes she was overcharged.

Rules: According to the Legal Profession Act, 2006 it is determined that the bill should include a written statement providing the avenues in case of dispute to legal costs, such as the cost assessment and setting aside of the costs agreement. Under Section 286, it is provided that cost agreements are to be treated as any other agreement. Mediation may be taken help of if the dispute arises in terms of the amount to be claimed by the law practice. Under Section 303, it is the duty of the law practice to determine the costs assessment and setting aside the costs agreement. Under NT, the standard process is talking to the lawyer, requesting the itemised bill and deciding the cost mediation and cost assessment King v King.

Application: Raj is required to inform Ms. Fifeld regarding the avenues available to the client to dispute the legal costs. Accordingly, the disclosure shall be made through the written statement at the time of communicating the costs to Ms. Fifeld. This would allow Raj to maintain the actual costs that she is charged for the services duly provided to her. In case Ms. Fifeld is not able to calculate the amount so due and perceives as being over charged he same may be resolved through approaching the mediation cell to resolve the issue by way of admissible evidences in terms of cost mediation and costs assessments. She may also ask for the itemised bill and discuss the same with the lawyer (Monahan and Carr-Gregg, 2007).

Conclusion: Raj and Ms. Fifeld may undertake cost assessment and cost mediation to resolve the dispute so occurred.

Issue 3: A vision impaired client claims that he misunderstood the document he was signing

Rule: Under the common law it is provided that whereby a person signs the document thinking it to be some other document entirely, the document so signed is considered invalid. As the signing party, did not intent to sign the document being signed, it would not be bound by the contract so provided and signed. This is because the intent to sign was for different set of calluses absent from the signed document. This creates a clash of intent. As intent is an important part of the contract in determining the legal validity and enforceability under the law, the same is important in determining the validity of the signed document. If the same lacks intent, it will be invalid. The defence to its enforceability may be considered in terms of the defence of non est factum that means the agreement is not his deed Petelin v Cullen.

Application: In the present situation, Raj while abiding by the Legal Profession Act, 2006 had disclosed the nature of the agreement being signed between the parties. However, the signing party was vision impaired and could not read. Raj in complying by the norms had provided that the document being signed is a costs disclosure agreement. The client now claims that he had no idea regarding the costs as he was under the impression that Raj is making his sign a power of attorney in the name of his daughter to undertake all the financial market decisions.The same contract so signed will be considered invalid for the absence of intent. As the document signed was different from that the client intended to sign the same may not be enforceable under the law (Paterson, 2011).

Conclusion: The said contract is not binding on either parties. Also, Raj will not be bound by the contract as the same was not a common intent between the parties.

Issue 4: Raj Believes he should be compensated for damage to his vehicle and goods stolen from his car.

Application: Under the provided scenario, it is determined that the usual working hours for Raj are 8 am to 6 pm. It is accordingly determined that Raj’s mobile and laptop are stolen from his car on the day he was working after hours. The contract determines a clause that the company parking space so provided shall only be protected during the working hours and that the company bears no liability for the loss so taking place after hours. The said theft is estimated to have taken place after hours as the same was discovered to have occurred at 7.55 pm, while Raj was away getting dinner packed. As the loss so suffered is during after hours, according to the contract so signed the company will not be liable. The same was an express term and was agreed to by Raj when he signed the contract Perkins v Grace Worldwide (Price, 2008).

Conclusion:It may be derived that Raj’s boss will not be bound to compensate for the damages occurring within company’s parking spot as no contract term is breached. The express term was clear in stating the extent of liability and the same was agreed to by Raj.

Issue 5: Terms of the contract stated that Raj would have the opportunity to move to Adelaide after the probationary period.

Rule: According to the rules of the promissory estoppel I is provided that whereby a person undertakes a certain action from the motivation of the promising party then the affected party may claim for damages for the non-performance of the promise. The promise shall have the promise the sole basis of the reliance to be taking a certain step that leads to a loss. The promise should be solely relied on for the damage to be caused. The loss so suffered shall be substantial economic loss from the failure to deliver the promise.

Application: In the provided case study, it is determined that when Raj was signing the contract in lieu of the promise so made under the contract that he would be transferred to Adelaide after completion of the probationary period. This clause was particularly a main reason of joining the company as the same would allow him to be close to his family in the long run back in Adelaide. However, the employer did not keep his promise and Raj was not transferred to Adelaide. As the same was not kept he then left the employment management. It may be determined that since the employer did not fulfil the promise as stated, Raj may be able to claim for the damages so suffered from the breach of the contract. The same reason is sufficient enough to consider the breach of contract and consider applying for claim of damages.  The employer under the doctrine of promissory estoppel is liable to fulfil the promise or pay for the non-performance Walton Stores (Interstate) Ltd v Maher.

Conclusion: It is concluded that the employer is liable for the breach of contract through non-performance under the doctrine of promissory estoppel. As Raj was not transferred as promised under the contract, he would be entitled to claim for the damages.

Issue 6: Jerry wants to know if there is a remedy available to him because he was not paid for the work he had done.

Rule: For the formation of a valid contract it is important to know that the offer made by the party is clear in its intent and the same is interpreted appropriately, when being accepted by the offeree. The offeror shall provide the terms of contract clearly while presenting the offer containing the consideration and intent of the contract. The sae when signed is considered to be accepted by the offeree and the contract comes to action. Also, if the contract is a consumer contract the terms as to express and implied are both applicable towards the fulfilment of the contract. The implied term in regards to contract terms are that of duty of care and skill, matching the sample and the standard of goods and services provided (Sappideen et al., 2009).