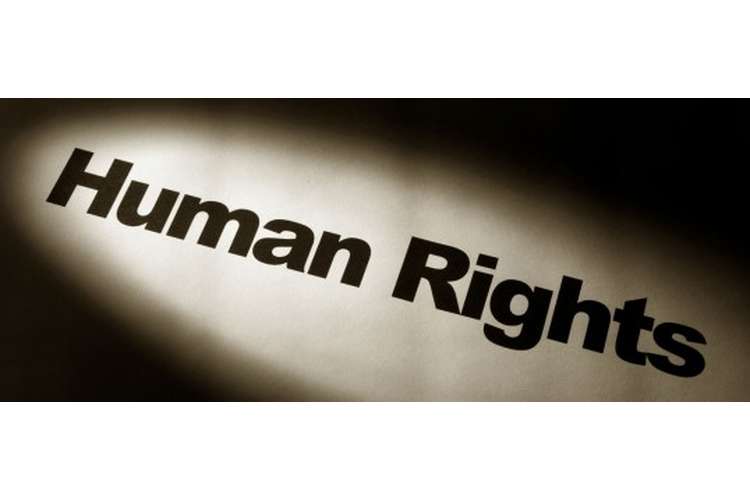 (A) Advice Thomas whether he is legally bound to pay the state levy fee of $30,000 to the New South Wales government if he seeks admission as a barrister in New South Wales?

Thomas was appointed as Adjunct Professor with the School of Law at the University of Northern Sydney.  He had been practicing law for 23 years in Victoria. Thomas considered that it would be good for him to do moderate practice in New South Wales at the Sydney Bar.

As per section 3 of the Interstate Barristers Act 2012, sub section 1, barristers admitted to practice law in any state or University of Australia other than the state of New South Wales will before they practice law comply with some requirements. The last paragraph in this subsection mandates paying a levy of sum of thirty thousand dollars to the New South Wales Government within 28 days of receiving notice of successful completion of the New South Wales Bar Association Course.

Now as is evident from the clauses of the Interstate Barristers Act 2012, Thomas is bound to pay the levy of 30,000 dollars if he wants to practice as a barrister in New South Wales. Moreover, as he had to submit that levy within 28 days of receiving notice of successful completion of the New South Wales Bar Association Course, he might also have to incur some penalty.

Moreover, Thomas knew the clauses of the Interstate Barristers Act 2012, being already into practice for so many years. He knew the clauses, in spite of that he went ahead with the course and later complained that the fee was outrageous and he wished to pursue practice part time. As per the clause, the person wishing to practice law in New South Wales would have to comply with certain requirements and the levy of 30,000 dollars at end of bar association course was a mandate.

The clauses of interstate barristers act, 2012 do not define any clauses about part time practice and if a barrister wishes to practice in Sydney Bar at all, he will have to complete the requirements mandated by the Interstate Barristers Act, 12. If he doesn’t pay the sum of thirty thousand dollars, he is not eligible to practice in the Sydney bar. The action of Thomas to refuse to pay the amount in case he decides to practice in New South Wales is clearly not in accordance with the Interstate Barristers Act 2012, and being a practicing lawyer himself, he should be aware that he has to pay the sum to government if he wishes to pursue his practice at the Sydney bar.

(B) Anna is unhappy with the decision made by Thomas. Advise Anna of her legal rights in accordance with the Anti-Discrimination act 1977?

Thomas conducted interview with Anna Mannociq for the post of casual legal researcher.  Thomas felt that Anna was not good looking and decided not to hire Anna for the post. When Anna asked for feedback, he said that though she was academically sound, he wanted a “hot babe” who also had brains. The terminology he used clearly signifies sexual innuendos.

It is clear that Anna has been discriminated against by Thomas. But one issue could be exactly which category of discrimination it could fall into. It can be indirectly related to sexual harassment as well as discrimination based on sex.

What Thomas did is unlawful by the virtue of Anti-Discrimination act, 2012 and Anna has some rights as she has been aggrieved by Thomas.

Anna can file a complaint against discrimination done to her by Thomas to the anti-discrimination board. Thomas if found guilty can have legal liabilities.

(C)Advise Amanda of what rights she has in accordance with the Anti-Discrimination act 1977?

Amanda was unhappy on her job with Thomas from the first day as Thomas intruded in her personal space and sent her text messages asking what she was doing and asking her to accompany her to places or events like opera which made her uncomfortable and she ultimately resigned from the job.

It is a form of sex discrimination as well, because it can be assumed that Thomas would not have behaved in such a manner and intruding into personal life of his legal researcher, had the person been a male.

As per division 2, complaints – the function of president, subdivision 1, lodgment of complaints, section 87 A, subsection 1 of anti-discrimination act 1977,

“A complaint alleging that a named person has, or named persons have contravened the provisions of this actor the regulations may be made by any of the following

As per section 90B, supplying information and documents, of Anti-discrimination act 1977, the president may, by notice in writing, require a complainant or a person against whom a complaint has been made to provide information/documents that is relevant to the case. In this case, Amanda can produce the text messages she received from Thomas that continuously invaded her personal space.

Amanda being a legal researcher herself should be aware of her rights and can complain against him to the President. Her complaint against Thomas would be totally justified as he invaded her personal space and his behavior doesn’t conform to the ideal employer-employee relationship. If Anna and Mona also raise complaints against Thomas, there could be very strong case against Thomas who discriminated against Anna, Amanda and Mona in different ways.

Mona wrote to Thomas as she was interested to work for him as a legal researcher. However, Thomas wrote back to her he doesn’t work with Muslims and that she shouldn’t take it personally. The major issue here is that Thomas didn’t even interview her but out rightly rejected her on the basis of her ethno-religious beliefs and culture. This discrimination could be covered by anti-discrimination act of 1977 that prohibits racial discrimination at work place or in offering employment or in terms of employment.

It is against the law in New South Wales that one is treated unfairly or harassed because of his or her race, nationality, color, ethnic descent or ethno-religious background. Indirect discrimination is also not allowed. It occurs when there is a rule or requirement that disadvantages people of a particular race more than people from other races.

Now in this case, Thomas replies back to Mona Abara that he doesn’t work with Muslims and she should not take it personally which disgusts Mona.

Yes, Mona can bring a racial decimation claim against Thomas as per anti-discrimination act 1977.

As per racial discrimination act 1975 (Cth), everyone should be treated equally irrespective of race, color, national or ethnic origin. As per section 15, subsection 1, of racial discrimination act 1975, it is unlawful for an employer to refuse to employ a second person on work of any description which is available and for which second person is qualified. In this case, we can consider first person as Amanda, who left the job, and second person, Mona who wants to take up the job.

We can also observe from the case facts that Thomas has discriminated with different people in different ways. It can be seen from this case as well. Mona should have been given a chance at interview if she has all necessary skills and academic knowledge. Racial discrimination at work place or in terms of employment or in who should be given employment is an offence and the aggrieved person has right under the law to file a complaint against the person who discriminated to the president of anti-decimation board. If Anna and Amanda have also registered their complaints with the board, then the case against Thomas would be stronger who in spite of being a law practitioner himself is discriminating against people on various grounds.

Thus Mona, can bring a claim for racial discrimination against Thomas for the email he wrote to Mona on his inability to work with Mona as she is a Muslim.

(E) Discuss the legal implications of the advertisement published in the Daily telegraph by Thomas on 25 July 2013 in the context of the Anti-Discrimination Act 1977?

Thomas published an advertisement in newspaper stating that he was looking for a legal researcher. The advertisement stated that he wanted a researcher who must be over 45 years of age with well-developed legal skills. Now the major issue here is that the published advertisement indicates the intention to do something unlawful, which in this case is discrimination on the basis of age.

As per Anti-Discrimination Law 1977, a person shall not publish or cause to publish an advertisement that indicates to an act that is unlawful under this act. Such an action would call for fifty penalty units in case of a corporate body or 10 penalty points in other cases.

In this case it is particularly visible that Thomas published an advertisement in Daily Telegraph for a legal researcher stating that age must be above 45 years along with well-developed legal skills and ability.

As per section 49ZYB, subsection 1, it is unlawful for an employer to discriminate a person on ground of age in determining who should be given employment.

Now we can state from the case facts that what was published in advertisement by Thomas, was unlawful as per section 49ZYB, subsection 1.

As can be seen from the advertisement, Thomas intends to do an unlawful act if he discriminates people below the age of 45, the aggrieved people(alone or as a group) can file a complaint against Thomas for such discrimination.