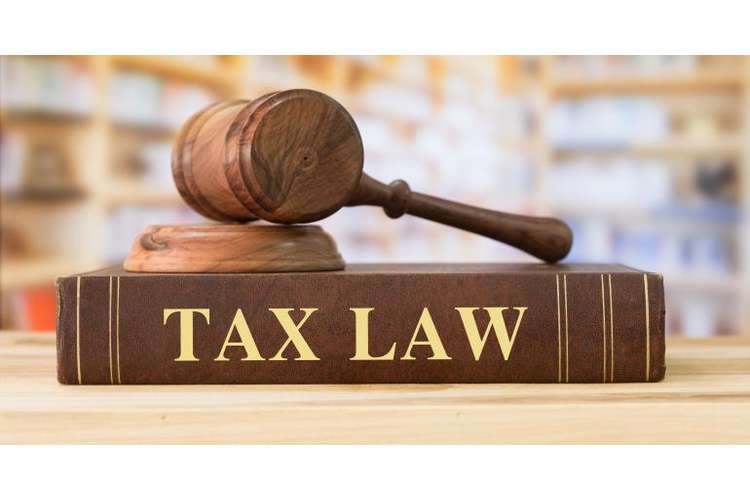 If a property owned by an organization is not being utilized in a proper manner, it will attract capital gains tax. Also, this vacant land will be previewed under CGT as asset disposal in general. On the basis of section 108.5, it has been observed that the assets with attract capital gains includes all type of property, legal and other rights which are not signified as property. In relation to this, the basic assets forming the part of capital gains tax are Goodwill, land, building, interest associated with partnership assets, unit trusts, etc (Kenny, 2016).

After making the clear analysis on the above scenario it has been clearly observed that if the vacant land will be disposed of, it will attract the scope of capital gains tax which has been recorded at the value of $320,000. Also in the rear 2001, it was observed that the company acquired and vacant land for an amount of $100,000. This land also had many incidental expenses related to its which attracted a Tax amount of $20,000 as well. Has a total capital gains tax that was computed for the above scenario could be evaluated by subtracting the incidental expenses from the Asset disposal value.

In relation to the previously mentioned scenario, it can also be observed that the total capital gains tax that was collected from the lands owned by the organization amounted to $200000. Hence, the entire value should not be submitted on the date of transfer instead only an amount of $20,000 should be submitted.

The company had a lot of collectibles that came under the preview for capital gains tax. Collectibles like artwork; antiques, jewellery, etc. were owned by the company and were reflected in the statements attracting the capital gains tax on the basis of section 108.5. One of the most primary collectibles of the organization was a bed of Louis XIV which was not considered to be a part of pre CGT asset and was therefore prohibited from the exemption (Kobestky, 2005).

This bed was stolen on 12th November and this information was to be referred as at the disposal date. The taxpayer is bound to register a complaint to the insurance organization and claim the entire amount back. Only a claim of $11,000 was received by the taxpayer for the antique bed. The incidental cost of such asset amounted to $3,500. However, search expenses and incidental costs can be presented in the following way:

Total capital loss or gain from an antique bed

Claims received from the insurance organization = $11000

Thus, since the date of procurement is prior to September 20, 1985, it must be noted that the same must not come under the scope of the pre-GST asset. Overall, the same is also exempted from the applicability of capital gains tax.

In accordance with the requirements of section 108.5, it has been clearly mentioned that the painting also comes under the approach of capital gains tax. Hence, in the above scenario, the painting that has been prepared by the organization on 2nd may 1985 at a value of $2000 is also to be charged for CGT. Therefore, it should be kept in mind that it is not procured as a pre-CGT asset and hence is also exempted from the applicability of capital gains tax (Woellner et. al, 2017).

On the basis of the requirements stated in section 108.5 of the ITAA act, shares are considered to be both tangible and intangible in nature and therefore, it falls under the boundary of capital gain tax. If the shares are held for the purpose of trading then it attracts section 6 and applicability of ITAA 97 will be taken away. Such income then will be considered as an ordinary income. In the given scenario, some shares of Young kids, PHB Iron Ore and the Common bank were purchased on 21st September 1999 and these shares were offered for sale on the event date. As we can see, the shares have been held for more than twelve months so a discount of 50% will be applicable. The shares of Share Building Ltd has been purchased and sold in the same year and so the discount rate is not applicable (Woellner et. al, 2017).

A. Expected profits from selling shares of Common Bank

B. Expected profits from selling the shares of PHB Iron Ore

In respect to this asset, it is accounted for the purpose of personal utilization on the basis of section 108(5) that leads to attraction of the capital gain tax. It can be considered as a personal asset because it was obtained for personal pleasure which lies under section 108.20(2). Also, such violin was bought for $ 5500 on 1st June 1999. On disposing of the asset the gains that were obtained are as follows:

Therefore, in relation to the disposal of the same, total gain reports at $6500

The employer of the company offers some complementary services and advantages to the working staff of the company and for that, it spends a specific amount which is known as the FBT (fringe benefits tax). All these can be summed up to be called the advantages that the company is giving to its working staff which can also be attributed to the payment of non-wages. An example can be given to of a company, Rapid-Heat Pty Ltd who are the manufactures and constructors of bathtubs who have been seen to offer services related to FBT to one of the working staff. In the year 2017 to 2018, it can be seen that a working staff Jasmine gave a car loan and other products that were manufactured by the company. All this was done for one specific reason and that was to show some complementary services being made in the company to the government books and records. FBT evaluation can be made in these possible ways.

The authority of the company has to give fringe benefits tax and this is the reason that Jasmine has been offered a car loan with respect to personal compliance. It has also been seen that if the car brought up as FBT is failing to undergo the explanations then it will be vulnerable and will expose other FBT hidden facts also. Some situation also exists in which the FBT is not applicable to the car. Operating costing research method and statutory method are the two processes in which the evaluation of the FBT can be done (Fullerton et. al, 2017).

The statutory method is always preferred over the operating one as the latter requires log books which all the key information about travelling and its expense to show of the desired results which can be subject to changes as per personal changes and kilometre differences. the company can be seen to offer the car to Jasmine for a price of $33000 and making it available to her on the same date (Sadiq et. al, 2017). Jasmine has been showing the reimbursed amount for the car to be about $550 and it travelled only for ten thousand kilometres and this shows that the company did not have the chance to make the car available for fifteen days in a year also. If the available information is void or vague and id no information is available, then the statutory method is said to be used and the same can be evaluated in the following manner:

Where, A= cost of car, B=statutory percentage, C=vehicleused for private purpose, D= number of days in year, E= employeescontribution. The following information can be collected in relation to the given case.

Thereforee, the valuation process can be continued in the manner as follows:

The above steps clearly shows that how in a company, the FBT can be evaluated and this case it is related to the car.

Fringe benefits tax on the loan

The FBT on the loan is to be charged in only certain cases in which the loan amount interest is charged on a low scale if compared to others which are generally a line about which the low rate and the other terms are decided basically (Barcokzy, 2010). In certain cases it can be seen that the staff who has been entitled to the loan is not able to make the payments with time running out and if the authority does not ask for the same from the staff then this must not be considered as a fringe benefit as it does not comply with the terms o the FBT.

In the current situation, it can be seen that the company provided Jasmine with a loan of $50000 at a rate of interest of 4.45%. After this, it was seen that an additional amount of about $450000 was offered to buy a holiday home and the returning amount was given in the form of Telstra shares to Jasmine’s husband. The rate of threshold working in the current situation can be seen to be 5.95%. Thus, the fringebenefit that can be incurred on such loan amount is = (Rate of benchmark minus rate that is charged by the employer) * the amount of loan

If the loan which is provided by the company authority to Jasmine is used in a manner from which there are income and profits arising, then such value are not taken into consideration while evaluating the FBT (Nethercott, Richardson & Devos, 2013). Also it must be seen that the company’s claim on the same is void as the shares have been gathered by Jasmine’s husband as so deduction is the only possible way.

a.      Fringe benefits tax on products

FBT applicable on the products made by the company is charged if the company sells it to their respected employees at a rate which is lower than the one prevailing in the market. If such a case arises then the charging rate of the FBT in the company must be dropped so as to maintain a final requisite amount (Kenny et. al, 2016). It can be seen that the products which are sold for about $2600 in the market are being given to Jasmine at a rate of $1300 and so the company is liable to pay the FBT between $2600 and $1300.Therefore, value of fringe benefit tax on the products = $2600-1300 = $1300

The average amount that the company is bound to pay as part of the FBT is as follows:

If the rate of charging the FBT id about 49.25%, the the final amount will sum up to be $12897. it can be thus said that the products made by the company area applicable to FBT and the same amount must be paid off by the authorities.

b. It can also be thought that id the employee benefits  Jasmine was able to use the car to an amount of $50000, then the company would be able to purchase the shares of Telstra and this would be the result that the company authority will get and interest deduction of about $50000. so the new value can be evaluated as follows:

The summed up or the overall FBT that will be charged can be derived from the formula and working beneath:

In accordance with the calculations and the rates, the FBT will be charged at 49.25 % which sums up to be $ 12475 which must be paid by the company as an FBT.