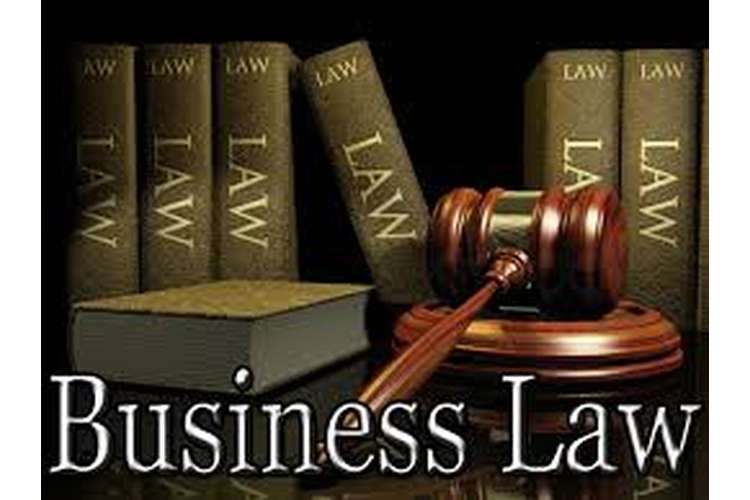 The case determines that the University would be accepting the tenders for the purpose of supplying the green. The closing date for the same was 1st June. This would be regarded as the invitation to offer whereby the party intending to create a contract with anyone that would offer the best price. The advertisement for the same is merely an invitation to offer and not an offer. The interested parties may be able to approach the company by submitting the relevant quotations. Under the present case, the tender of Green land was hand delivered by them in the tender box. The letter of the tender was posted on the 15th and reached the University of 17th May by the Enviro. The tender for Plant Forever was however posted on 30th May and reached the university on 2nd June and put into the tender box as well. It may be determined that the letter of tenders so provided by the respective companies would be considered as the offers only.

The offer so made by the companies were then to be considered by the University for acceptance. It was determined that the tender so offered by the Enviro was not found at the time of making the decision and the same could not be accepted for the lack of documents. The tender provided by the Greenland was also not accepted by the University because the quality of products and services was not certain. It would be determined that the tenders so presented by the companies are only offers and not the acceptance from the offer. The offer so provided shall be presented within the allowed time, that is 1st June. It is observed that the offer so made by the Plant Forever is post the deadline and shall not be considered for invalidating the terms of invitation to offer. The same however is accepted by the University for the best alternative available to them. (Khoury and Yamouni, 2009)

It is also to be noted when an offer is made by the post the same shall be considered valid the date it reaches the party and not the date of posting the letter. This implies that the offer so made is not a valid offer by Plant Forever. When the offer was accepted by the University it may be determined that the same when accepted shall be not valid as the offer is not valid for the lapse of time. The acceptance does not lead to creation of any contract. It may further be noted that as no contract is created, Plant Forever would not be responsible to make any supplies to the University for the terms promised under the offer. Therefore, neither of the offers are accepted by the University in order to create a contract. The University may however be allowed to officially make an offer to any of the three companies for the similar purpose in order for them to accept it in order to create enforceability of the same. (Monahan and Carr-Gregg, 2007)

According to, the case, a notice was published by the Footloose Pty Ltd that determined that the company would be offering a certain discount on the bulk orders for the latest orders of the Italian shoes. The sale manager details and contact number was also determined. The said advertisement was posted on the 1st October. The Famous Footwear later 2nd October decided to send a fax to the company in order to notify them that they will be buying the 500 pairs for $2000 for hundred pairs. They also stated that the delivery details would be provided by them at the later stage. This would determine that the fax so sent by the Famous Footwear would be the offer so made for the purchase of the shoes advertised for. The advertisement so posted is merely an invitation to offer hereby Footloose Pty Ltd would be only asking the interested buyer to make the suited offer to begin the negotiations. The advertisement is the notifying statement of the possibility to create a contract with the suitable offeror.

On 4th October, it was determined that Jame’s Shoes that included the variety of different regional stores sent over a fax stating that they would like to purchase the 2000 pairs of the sandals and the total billing amount shall not exceed $30,000 dollars including the GST and the delivery. The said fax would be determined as the offer made by Jame’s Shoes as they were responding to the invitation to the offer stating the details of the order in terms of units to be bought at the price of the shoes to be charged for the purchase. The same may be considered as the primary offer open to negotiations and counteroffer as at the end of the offer they use the phrase ‘please advise’. (Paterson, 2011)

Similarly, on 6th October, it is determined that Ms Simone forwards a fax to James of Jame’s Shoes that Footloose would be able to sell the said number of pair of shoes to James for $30,000 without the delivery. Thereby when the fax was received, on 10th October, Simone had telephoned James stating the said counter offer and forwarding the copy of the letter from 8th October. James then agreed that Jame’s Shoes would be interested in taking delivery of the decided terms from the warehouse of the Footloose. It may be determined that the communication so determined between the parties is namely through fax.

The said invitation to offer would be said to have been proposed by the Footloose to which Jame’s Shoes responded on 6th October making an offer. The said offer made by James was then negotiated by Footloose presenting a counter offer towards James. The said counteroffer was also made by the fax. However, on 10th October, Footloose sends the letter again after the telephone conversation in order to make sure that James has accepted the offer. James after notifying that he accepts the counter offer so made by Footloose and will accept the delivery as specified in the letter.

In the case of Carlil v Carbolic Smoke Ball, the difference between the offer and the counter offer was stated. It was presented that the company had advertised for the sale of the smoke ball that promised to cure influenza. It also stated that if not cured the affected party may be able to claim the damages already deposited in the bank under the said account name. This was determined to be the offer and not an invitation to offer as it clearly discusses the effects of the performance and the non-performance and shows the intent to be bound under the contract with the purchaser of the product. This was explained to be a unilateral contract whereby the accepting party would have to perform the said act to create the enforceability of the contract. Mrs Carlill was not affected by the use of the smoke ball and claimed for the said amount. The company then refused to allow the claim as she had not informed the company about the acceptance. It was decided by the court that in the case of the offer to the world the accepting party does not need to provide the acceptance and merely perform the act to create the enforceability. Since Mrs Carlill had done the same she was entitled to the said amount as promised under the contract. (Willmott, Christensen and Butler, 2005)

This case provides that Richard Anderson is a chemist and had been successful in collaborating with scholarships, grants and government contracts. He was working on the five-year contract with the lab and the same was due to be expired on 30th June. Accordingly, he was made an offer by the rival lab to come and work as the Chief Chemist. Although he wanted to accept the job, he had to consider the fact that his kids would have to change schools and his wife the job. Later, on 1st March he had discussed the said offer with his boss and was told that his position at the current lab is appreciated and his presence is important to the lab’s success. Hearing this he made a decision and turned down the offer so made by the rival lab saying that he would not want to cause his family any trouble. (Khoury and Yamouni, 2009)

However, months later Warren the Chief Chemist at the current lab had determined that due to the liquidity issues his position at the lab in no longer available and that he has been let go off. Now Richard has no job and the position at the rival lab was also not available. As the market for Chemists hiring is depressed he was not able to find any job easily. He was then forced to take a position at the university but at a much lower pay scale than what he earned at the private practice. He is now facing issues with the family expenses.

It may be determined that the discussion held between the lab Chief and Richard was not a contract but merely a promise to extend the contract as his work is appreciated. At the time of the renewal of the contract, however, his contract was terminated due to downsizing issues. The said discussion being a promise was motivation for Richard to act upon it and turn down the offer made by the rival lab. It may be stated that the said action was based on a promise that led to the said decision. Thereby, the Doctrine of Promissory Estoppel would apply towards the parties to the discussion. The doctrine lays down that when the party promises another party and the same shall be sufficient enough to make the promise to take an important step directly influenced from the said promise the promisor is bound to fulfil the promise. In the present case, it is determined that Richard is the promise for taking the decision from the promise so made by the promisor, that is, the lab chief. Thereby, according to the doctrine, Warren would be bound by the doctrine and extend Richard’s term as discussed at the time of decision making by Richard. If Warren is not able to do the same Richard shall be compensated for the loss suffered from the non-performance of the said promise. (Monahan and Carr-Gregg, 2007)

In the case of Waltons Stores (Interstate) Ltd v Maher, it is determined that the Maher and Walton had negotiated the lease of the property. It was an understanding that Maher intended to demolish the building and Walton would occupy the new building. The terms of rent were also decided. A draft of the said lease was provided to Maher and the revised lease was provided to Walton. In November, the demolition took place and was informed by Maher. However, Waltons had reservations for the decision and when he communicated to go slow on the demolition. When in January, the new building had already taken place for 40%, Waltons decided to back out. It was held in the court proceedings that the said discussion was sufficient for Maher to carry on the terms so discussed, as a promise was made and the assumption was encouraged by the promisor. The conduct of the promisor would be sufficient to make the promise carry on the actions so discussed. Thereby, the promissory estoppel is a valid reason to undertake a certain action in reliance on the promise and stop the promisor from backing out from the promise or claim for a damage on such an event.