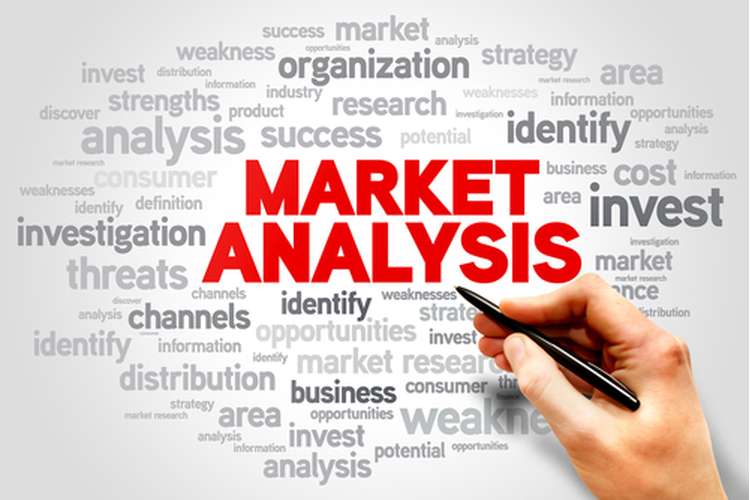 In this business competitive world, organisations are striving towards achieving their respective goals and objectives to flourish successfully in the business (Kirca et al.2005, p.25). New strategies are developed with the changing market conditions and consumer needs. Organisation are utilising their every available resources to ensure that they are able to attract new consumer and retain the old consumers. With the emergence of technology and contemporary business process, organisations are creating challenges in the market to gain dominance. This report discusses the marketing process of JB Hi-Fi and analyses their marketing strategies and compares their competitors through valid discussions and using appropriate models to analyse their effectiveness and strategies towards building a sustainable business operation.

Marketing background of the company

Marketing Mix is considered to be one of the most effective ways to determine the efficiency of an organisation in the domestic and international market (Manchanda et al. 2004, p.467). Organisations often use this tool to understand their business process in comparison with their competitor (Oliver, 2000). Marketing mix includes several stages to determine the effectiveness of the business process in the market and develop strategies according to the need (Leonidou et al. 2013, p. 170). JB Hi-Fi has been in the business which gives them the leverage to attract more consumers due to their unique pricing strategies and offers for their loyal consumers. By integrating the 4ps of marketing mix, the marketing position of JB Hi-Fi is,

Despite so many advantages, the organisation has recently seen a pitfall in the business competition as new organisations are emerging in the market and implementing new business strategy to snatch away the consumers. In order to retain the consumers, the organisation has to develop new strategies and business methods to increase business efficiency. Nowadays organisation is using conventional business activities to attract the consumers. With the advent of technology, JB Hi-Fi has entered the e-commerce industry to attract more consumers. Since the preferences of the consumers have changed with time, organisation has to adjust themselves with the changes in business process. Consumers prefer to use the online services offered by the organisations. Therefore in order to sustain in the market, JB Hi-Fi has entered the e-commerce industry. However, online services are not effective enough since the consumers are now addicted to the technology that Cellular devices presently offer. Developing application software of the company and launching the same in the market stores such as Play Stores, Apple store and other to name a few. Since other organisations have already entered into this segment of business, it is high time for JB Hi-Fi to make the much required changes to increase their business market.

The Competitive Analysis allows a company to make an in-depth assessment of the strengths of the competitor and their weakness (Rosenbloom, 2012). This study represents the needed adjunct for conducting an investigation about the present industry circumstances. The industry provides information regarding the appropriate sources and includes the possible organisational strategies and actions with the objectives increasing the organisational revenue and profit. Competitor analysis provides evaluation about JB Hi-Fi with another organisation, they are in competition with.

The primary objectives which are essential for a competitor analysis includes the following points:

Several industries are there where identifying the competitors is relatively easy (Czinkota et al.2013). Such can better be tagged as concentrated markets where only some competitors exist. But in home entertainment sector, JB Hi-Fi is in toughest competition with a lot of companies of which Harvey and Norman, Good Guys, Devid Jones and Target Australia are just to name a few. Thus footing in such a market with soo many competitors, JB Hi-Fi functions perfect by implementing the old ‘80-20’ rule. This implies 80% of the entire market revenues get accounted by 20% of their competition. And it is this 20% which the company needs to examine closely (Kotler et al. 2015).

Preparing and Conducting of Competitive Analysis

It includes the following steps:

Conducting a research: To be informed about the current competition status, a professional research will give the company every detail. As the business is undergoing growth and expansion, the organization is required to consider complementing their own research efforts with another research that has been conducted by its competitor firm (Fleisher and Bensoussan 2015). For example, below are mentioned some questions that can enhance the idea of supplementing their own research efficiency:

Collecting competitive information: For making an initiation to the industry and competitive analysis, secondary sources are regarded as one of the recommended starting point (Hollensen, 2015). Marketing reports are composed with company information and henceforth it provides every knowledge about the organization and its functioning aspects. The other sources include:

Analysis: With annual report, an organization finds the annual financial information about the other company. An annual report includes revenues, sales volume and the total share in market.

Determination of the competitive position of the company: Being an organization owner, the person might have met the owner of the rival company in association meetings, trade shows or in social gatherings. Therefore maintaining a social relationship and having simple conversations can actually allow the organization in taking into account the foresight with future vision about their strategies. If a cordial relationship gets maintained then even information regarding product launching and the places where they have brought down improvisations can be identified (Kotler et al. 2015).

Thus summarizing the entire scenario it can be said that scheduling a quarterly analysis on their competitive trend, an organization can implement a lot of innovation in their products or services and achieve their organisational objectives (Hollensen, 2015).

App: Operating in an era where technology dominates, companies who have not yet implemented the idea of mobile application are far behind in standing to the competitive market. In fact surveys finds that the last few years have witnessed record number of people rushing to develop app for showcasing their company products and services in Android and iOS. According to published figures, Google is dominating the mobile market with almost 900 millions of people as their potential users, 600 million of purchased iOS devices purchased from Apple and 12million of Windows phones being sold by Microsoft.

24x7 supports: Being a home retail shop, it is absolute necessary to get tech support during the time of need. Thus companies who lack this kind of assistance will not be considered as a smart choice by the users. For JB Hi-Fi they are still in need to implement this facility, as it will be enhancing their brand popularity as well as enable their potential customers to consider their choice as ideal.

Social Media Advertisements: With the daily up gradation of internet facility, people are more glued with the web world. Being informed about some particular product is either through mouth advertisement or via social media. Nowadays, technology has largely affected the daily life of humankind and henceforth when JB Hi-Fi is yet to design their social media advertisement, they are lagging back in a great while to commercialize their product showcasing. Online product selling in today’s market stands as the pivotal element which will be enabling more customers to be introduced with the brand popularity. Henceforth the organization poses to be in a threatening position if thought in its long run.

Product Variations: JB Hi-Fi although have earned a name in the home retail industry but in competition with its other competitors like Harvey
Norman, The Good Guys as well as Myer, David Jones and Target Australia its is missing its track. With their manifold options in terms of benefitting the clients these companies are actually proving to be the toughest competitors for JB Hi-Fi. Improvising their business strategies as well as taking a look to the client needs, the company is needed to be tactical enough to implement all the modus operandi in terms of making their customers content about what they have opted for.

Product Innovation: Starting from its inception, the company is serving their customer with the same old options of CD, DVDs, Blu-ray discs, video games, and large home appliances. To excel and stand in this toughest competition, JB Hi-Fi is needed to implement innovation as their competitors are continuously updating their products. Company intends to get satisfied customers and that remained their only mission to strive. But with getting more customers they missed the vital part of putting innovation to their selling and product implementation strategy.

Putting themselves in a pedestal where they are the largest Home Entertainment Retailer, the company is yet to improvise their range and brand popularity. Although a known name among the mass with its cracking deals, the above mentioned recommendations can give them a position from which reaching to the zenith of success will be just a matter of minimum time.

Offering the largest options in home entertainment the company has become one of the most known names among the mob. Serving for years, it is into a process of increasing its brand popularity. But certain hindrances have made the company in facing the biggest threat from its competitors. Thus the report has sketched some techniques with improvisation plan using which the company can again become the only choice for its potential customers. With instance of genuine services, the company also need to implement some other plans that can actually enhance their position as being the best choice.