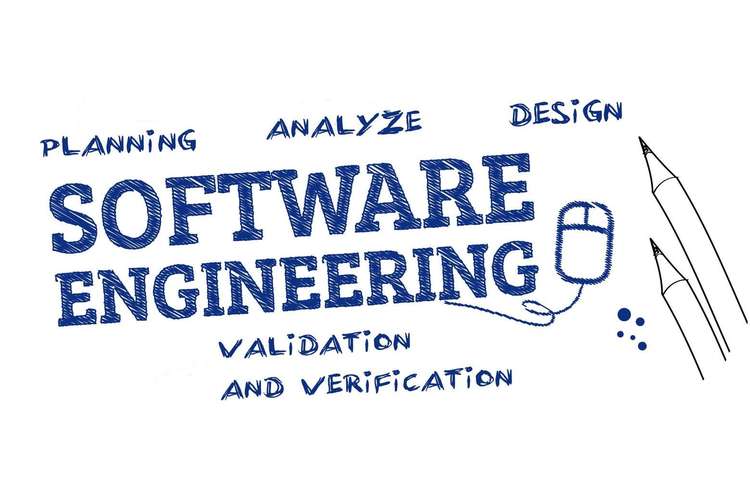 Another application is in determining the resistor value. Whenever two resistors are placed in parallel and one resistor is in addition of some value to another resistor then the value of the resistor can be calculated with the help of quadratic equation. 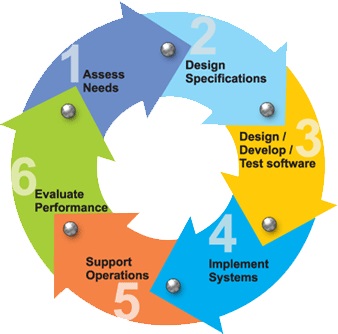 Content which is showing on the display plays an important role in deciding whether it is a good or bad interface for the user. If the Display is ease for the user where he/she can find their required data in less effort then that is considered as best display content. So to make a good user interactive display we have to add various sections so that user can directly access them and turn them into their productivity.

In this, we have taken 5 textbox where user has to enter the data of “a”, “b”, “c”, as quadratic expression is represented as

One textbox is for error. The error is shown when the user has entered the value of “an” equal to “0”. In this condition calculation in finding the value of x is not possible. If the value of “a” is not equal to 0 then the result is shown on the fifth textbox. In this way, it is display content is designed.

We have use MS Access as a platform to build our project. Since MS Access is a database type of application which is a part of Microsoft office suite. It provides user to run, manage and enter the reports which are in large scale. It is also suitable for the users who want to quickly organize a huge amount of data. We can place MS Access somewhere between the Excel and SQL servers.

1.It provides an ideal solution for a smaller team and individual user.

2.It is very easy to use when compared with a database of client-server.

3.Data can be easily exported or imported from other application and Microsoft Office.

4.It has some inbuilt templates which can be used by the user so that they can create and print their data.

5.By using MS Access web database can be easily built and published by the user without any effort.

6. It has a user-friendly assistance feature termed as ‘Tell Me’.

7.By using VBA code developer can develop a custom solution.

8.There is an option in Ribbon which can be used to hide and show.

9.It provides user to view their reports and eliminate their extra report.

10.By using MS Access user can develop the output of the report which is in PDF format.

Interface designing is a critical thing for the designer. As they have to think on the level of the user, whether they are providing ease to the user when the user is using it. So on the basis of it, we have to keep points in mind while designing it:

1.Status of the system availability:

In this user must be properly informed of the operation that is there in the system which is developed by the developer. It must be easily understandable in less time.

2.The linkbetween real world and system:

There must be a proper match between the real and system world. We have to design the system in such a manner that it always produce output what we think. So that system becomes trustworthy and can be used by the newcomer user.

3.Freedom and control for the user:

There must be proper freedom for the user in forwarding and reverse the result. The user can check the previous result in one click so that user time can be saved.

4.Help user in diagnosing, recognizing, and recovering the error:

As user are not much familiar with the technical issues used in the coding. Therefore it is developer’s duty to inform the user if there is any error in a simple and lucid manner.

Here in this program, we have used waterfall model. Waterfall model is a case of the sequential model. In the waterfall model, the activity of software development is divided into various phases. And every phase is assigned with a specific task which has a different objective. The output of one phase is treated as the input for another phase. As a result, there is no overlapping in the model. All these qualities make waterfall model as the first choice in the SDLC process.

In this model execution of next process starts only when the previous process step execution completed. As a result, each phase is quite well defined. And since all the phase falls from high to low level, therefore, it is known as waterfall model. 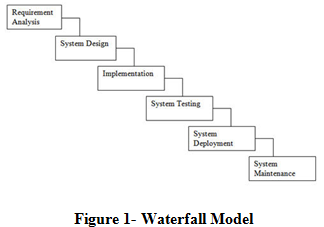 Activities performed by the different phases are:

1.It is used to capture all the demand.

2.After that creative thinking is required so that the entire requirement can be full filled easily.

1.By taking the entire requirement in consideration we have to generate a design.

2. Note the entire requirement which is needed by the software and the hardware.

3. After that design is documented.

1.By taking the design into consideration we have to develop the codes.

2.After that integration of the code is done.

3.Testing of the code is done in unit wise.

1.Integration of the unit code is done and tested whether it is meeting our requirement or not.

2.All the functional and non-functional testing activities are performed and we have to make sure that system is meeting the requirement.

3.If any anomaly is reported then we have to report it.

4.By using an application such as ALM, traceability metrics we have to track our testing.

5.After that make a report on testing.

1.We to make our environment.

2.On exiting, we have to meet the criteria of the test.

3.After that deployment of the application is done in the specific environment.

4.On applying the sanity test we have to make sure there is no breakage when the application is deployed on the environment.

1.In this, we have to make the application up and running in the desired environment.

2.If any modification is done, then we have to update the code in this environment.

3.Since the application is made to incorporate more features, therefore, we have to update the environment regularly with the latest features

In this project, we use Microsoft power point as the software tool

By using this tool we can present our content in short and well-organised manner. Also, it saves a lot of time while dealing with notes.

There are various in-built templates that can be used for the different occasion. As a result, the user has can convey their thoughts in fewer efforts.

It is one of the most powerful tasks which can be done in PowerPoint. By using this we can arrange hyperlink as well as do more complicated functions like the creation of outline using the invisible button, forming a game like jeopardy.

7. Application must provide the user with all roots of a representative set of quadratic equations

The application enables the users to obtain the two roots for the quadratic equation so formed by putting in the coefficients for the equation.

8. The equation to be solved should be displayed to the user in a suitable form

Users should be able to easily view the coefficients for the equation they want to calculate the roots for. 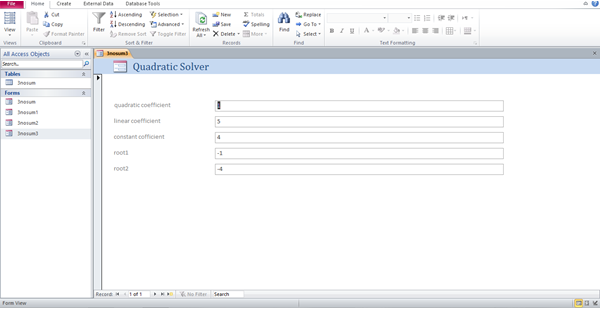 9. The solutions should be presented correctly

The equation must give proper results for the equations put in by the user. (The formula involved will be Shreedharacharya formula for roots of a quadratic equation.)

10. The interface should be designed according to best practice and aesthetics

We have to keep the jumbled up things at a minimum. As all the irrelevant things may cause a problem at the user end because to become familiar with that thing user have to spend time and that wastage can’t be tolerated. So while designing irrelevant things must be avoided. The application must be accessible for all the users. They should not face any problem while navigating through the interface. There must be proper placement of all the objects so as to promote the integration with the layout and the data flow. The use of proper software tools along with the models and diagrams ensure the establishment of a proper interface where the users are capable of understanding the framework and thereby perform the desired functions using the interface.

11. The user must be made aware of any invalid data entered

Also, theuser can’t use alphanumeric characters. By doing so software may take garbage value and the outcome may not be true. 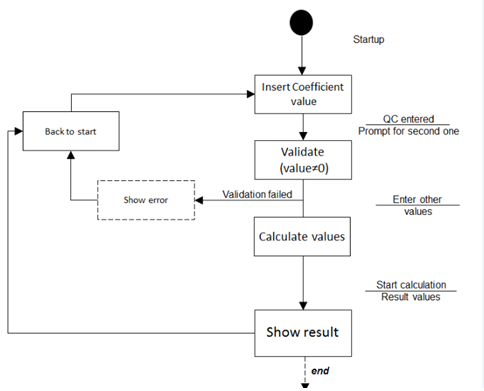 In this firstly we have to enter the value of the coefficient of ‘a’. Then during this process, there is a check mechanism where the value of ‘a’ is check. Then it again asks to enter the value of ‘a’. If in the second time the value of ‘a’ equals to zero then an error is generated in the task box and displayed on the error section. If ‘a’ is not equal to zero then the interface further grants permission to input the values of ‘b’ and ‘c’. After that the calculation process takes place. The calculation is done on the basis of Shreedharacharya method. After calculation process, the data is represented by the solution task box. After that, it again asks for next entry of data. If the user rejects that notification then it directly ends the application.