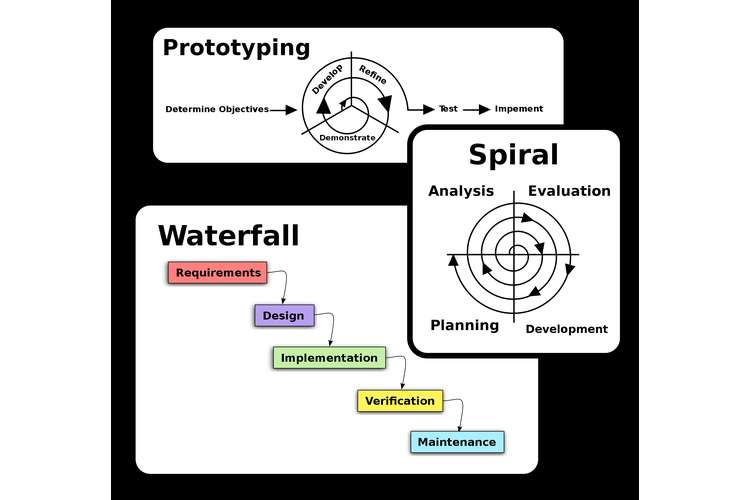 Figure 1: Structure of a schema

The predicate part can be optional and is assumed to be true when absent.

Variables are declared in the form x:T, where x is the variable and T is the data type. Predicates use mathematical symbols from the set theory and logic to represent an expression. Z notation particularly employs the Zermelo-Fraenkel set theory and the typed first order predicate logic for these expressions. An example of a predicate could be x∈S, where x is an element which exists in the set S.

1. It produces human readable system specification and therefore can be used as a basis for documentation

2. The Z notation makes a large specification manageable by decomposing it using schemas into small units

3. Z notation has been widely accepted as the industry standard for formal specification and can be comfortably used in whichever context, be it software engineering or the manufacturing industry.

As a formal specification technique, it requires a considerable amount of effort and experience to use it in a practical and beneficial way

The Z toolset is still not very advanced. Typechecking and proof reading tools are still being developed and have not really been standardized.

The Z notations used for the library system schema include:-

?- Declares a variablex to be a subset of Y. Its syntax is x:?Y

?- Indicates partial dependence of a variabley on a variable x.The syntax is of the form x?y

Δ – It is known as a delta and shows that the current function causes a change in system state, for example when a new item is added.

∪- Indicates a union between set Aand B. Technically, it represents an addition of an element to a set X in a schema

∈- Indicates that an elementx is a member of a set Y. Its syntax is x∈Y

∉- Indicates that an elementx is not a member of a set Y. Its syntax is x∉ Y

?-Indicates a difference between two sets A and B, with A being the larger set which contains all the elements present in set B. The syntax is A?B

? –Is used to indicate input variable x. Syntax is of the form x?:TYPE

! – Is used to indicate output variable x. Syntax is of the form x!:TYPE

The schema below depicts the initial state of the container control system whereby no data has been captured yet. In other words, the system is devoid of any data

The schema above depicts the domain (key identifier), which is ‘NAME’ and ranges, which are the variables associated with an instance.

The above schema shows that when a new container is added to a terminal the name should not already exist in the terminal relations set. Only then can the system accept the new instance and associated tuple.

The above schema depicts the deliveries domain and associated ranges. These are the key identifier (GLOBAL_NO) and the variables associated with an instance.

The schema above the domain and ranges of the pickup state space, that is, the key identifier (GLOBAL_NO) and associated variables respectively.

The above schema shows that when pickups currently ongoing involves five trucks, then the pending pickup is queued by the system. Otherwise, the new pick up is captured and stored and a success message displayed.

The above schema depicts the ships state space with its domain (key identifier) and ranges (variables).

The above schema shows that when all deliveries and pickups are not finished, no unloading should take place. Furthermore, if the containers’ quantity or tonnage exceed the terminal’s capacity the system displays an error message.

Object Z is a new object oriented formal specification technique based on the earlier developed Z notation. It is therefore, in essence, an extension of Z (Smith, 2012). The view of the system is that of objects communicating with one another. It is necessary, therefore, that all the object oriented principles are followed including encapsulation, polymorphism, inheritance and persistence.

Singh, Sharma, and Saxena (2016) have proposed a new approach of integrating UML and Z notation. This comes about as a result ofrigorous use of mathematics in formal methods. Therefore, they suggested that a bridge is required between UML and formal methods to overcome the insufficiencies. Research and development continues.

Formal specification techniques have been seen to be useful in large scale system development as they reduce ambiguity and therefore errors in the final deliverable. This makes them invaluable tools both in the software and industrial engineering fields. As can be seen in the previous sections, these techniques keep being improved through research and development.