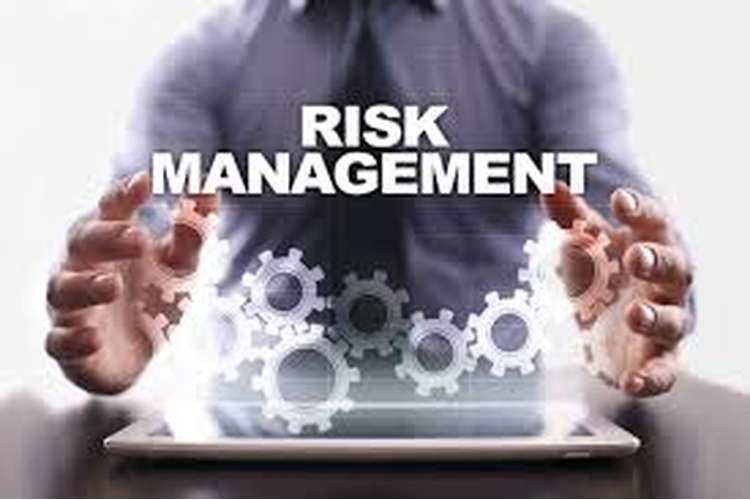 1. Use a diagram (produced by the means of using Rationale, Visio or any other relevant software application of your choice) to illustrate current security risks and concerns considered by the VIC government. 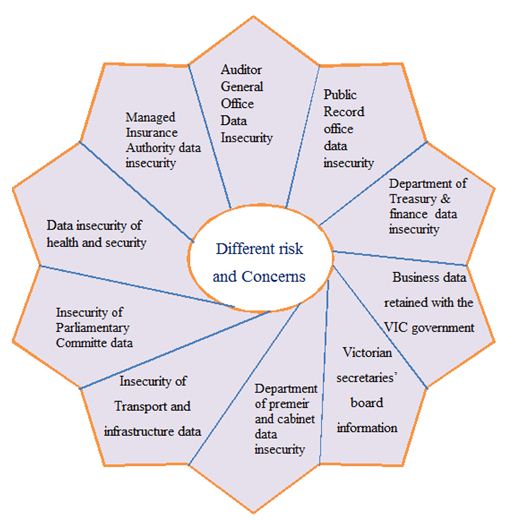 2. Provide the detailed explanation of the diagram and identify the areas of high, medium, medium-low, and low-risk exposure.

Auditor General Office data insecurity: - Victorian Public Sector retains the data of the Auditor general office. This office used to retain the data of all the offices under the Victorian government and has the power to check the financial data of the other entire department. If the hackers manipulate the data then the corruption of the particular department can be hide that would result in hiding of the corruption and people would do more corruption (McCray, 2012).

Insecurity for Department of Treasury and Finance data: - All the fundsare issued by this department for the projects that are made by the government. Victorian Public sector used to protect this data by the Victorian protective data security framework. If the framework has the possibility of alteration of the data, then there would be a risk of the data copy that can be used for the purpose that is against the Nation as well as Victoria State.

Victoria secretaries Board Info: - The secretary board used to implement the policies that are decided by the government. The secretary office has the important information of the home and other affairs of the state. If this information is leaked and goes with the unsocial groups then that would be not a favourable thing for the government. There can be social wars in the country. There can be the war home wars. It is a great risk that Victorian Public sector is facing and trying hard to secure all the data (Differencebetween.net, 2016).

Department of premier and cabinet data: - Cabinet ministries and the other ministries used to retain the data of the amendment in the law and inaction of the laws. If any law has to be put in the parliament that has to be passed by the government. If the information that is not to be disclosed before the particular date and this information is hacked then that would be the act that can create the risk to the government. Many conspiracies can be created in this case that would not be a good condition for VIC government and Victorian Public sector.

Insecurity of transport and infrastructure data: -The quotations on which the projects would be passed by the government, that data is present in the database of the Victorian Public sector, if this data is hacked by the particular company for the personal benefits then that company can get the particular project. It is not sure that particular company would provide good quality in the work, as the company designed the quotation on the basis of hacked data.

Insecurity of parliamentary committee data: - the Parliamentary committee has the data of the parliament works and other important information management. It has the details of the ministers and high profile officials of the state. If this information is hacked or get leaked then there would be the risk of insecurity in the parliament. There would be the insecurity of any ministers’ life(Loke, et. al., 2016).

Business data retained with Victorian Government: -If the data of the business is hacked by the hacker that can be used by the competitor for their own benefits. But this would make the risk of the information that the Victorian Public sector having, that the important non-disclosure data of the company would be disclosed.

Data Insecurity of Managed Insurance Authority: -The data of the insurance can be hacked that is very risky for an individual as anybody can risk the life of any person in demand of insurance repayments (Victoria, 2016).

3. Carry out the comparative analysis of the Deliberate and Accidental Threats and rank those threats in order of importance. Justify your rankings not only on the basis of the case study but also by the means of doing further research and drawing upon other relevant case studies (e.g. Security guidelines for other private and public organizations) that you can identify

Ranking according to importance of different threats

Supervisory Control and Data Acquisition (SCADA) Attacks: -Chemical and different plants are used to be operated by the SCADA, if the database of the particular plant is getting hacked then there can be a threat of explosion or the attack that would create a vast life damage to the people (Victoria, 2016).

Cyber terrorism and Cyber ware: -Cybercrimes are performed by the hackers for their personal benefits that are not really a good condition for Victorian Public Sector as the most important data is retained with this sector.

Alien Software: -In this, the installation of such software is done in the database of theVictorian Public Sector that would create a problem of threat or the deliberate threat for the VIC government.

Infect the system with malware: -The person with the bad motive does this in the system of the Victorian Public Sector for gaining the amount that is offered to that individual from the hackers (Rickards, et. al., 2014).

4. While drawing upon theories, tools and patterns covered on the subject as well as your own research, explain the challenges that the VIC government is going to face while deciding on whether security/risk management should be carried out internally or externally (e.g. via outsourcing).

The Victorian government has the major concerns of the risks, after analysing the risk they need to be managed. The framework that is designed for the security of the data is at risk, so the data is secured through the management, If the outsourcing is done through securing data internally or externally then different challenges and the risks that have to be faced by the VIC government are as follows: -

In the Internal Data Securing there is the risk of the alteration of the data or theft act of the data that would create the Accidental Threat for the Victorian Public Sector. This is the risk that can create the problem for the VIC government(Khan, et. al., 2014).

5. Explain the difference between the concepts of ‘’Risk’’ and ‘’Uncertainty’’ (make sure that your discussion is linked to the case considered).

6. Discuss and evaluate (with examples) different approaches available to the VIC government for risk control and mitigation.

Security Risk Profile Assessment (SRPA): -In this process, the risk assessment is done on the data that is insecure. It is known that most important data is secured by VIC government like the administrative data and the cabinet data. If this data is pre analysed then that would be helpful in protection of the data of Victorian Public Sector. SRPA evolution helps in making the protective measures that would help in securing the data in an effective manner (Broy, et. al., 2012).

The data that can create the cause and disturbance if at risk is analysed with the SRPA so that there would not be any security risk to that particular data. This would help to make the peace in the Victorian state. The confidentiality of the data of state can be maintained with the help of this method (Victoria, 2016).

McCray, S., 2012. The Top 10 Problems with Outsourcing Implementation (and how to overcome them). [Online] Ssonetwork, Available at: https://www.ssonetwork.com/business-process-outsourcing/articles/the-top-10-problems-with-outsourcing-implementatio. [Accessed on: 26, August 2017]